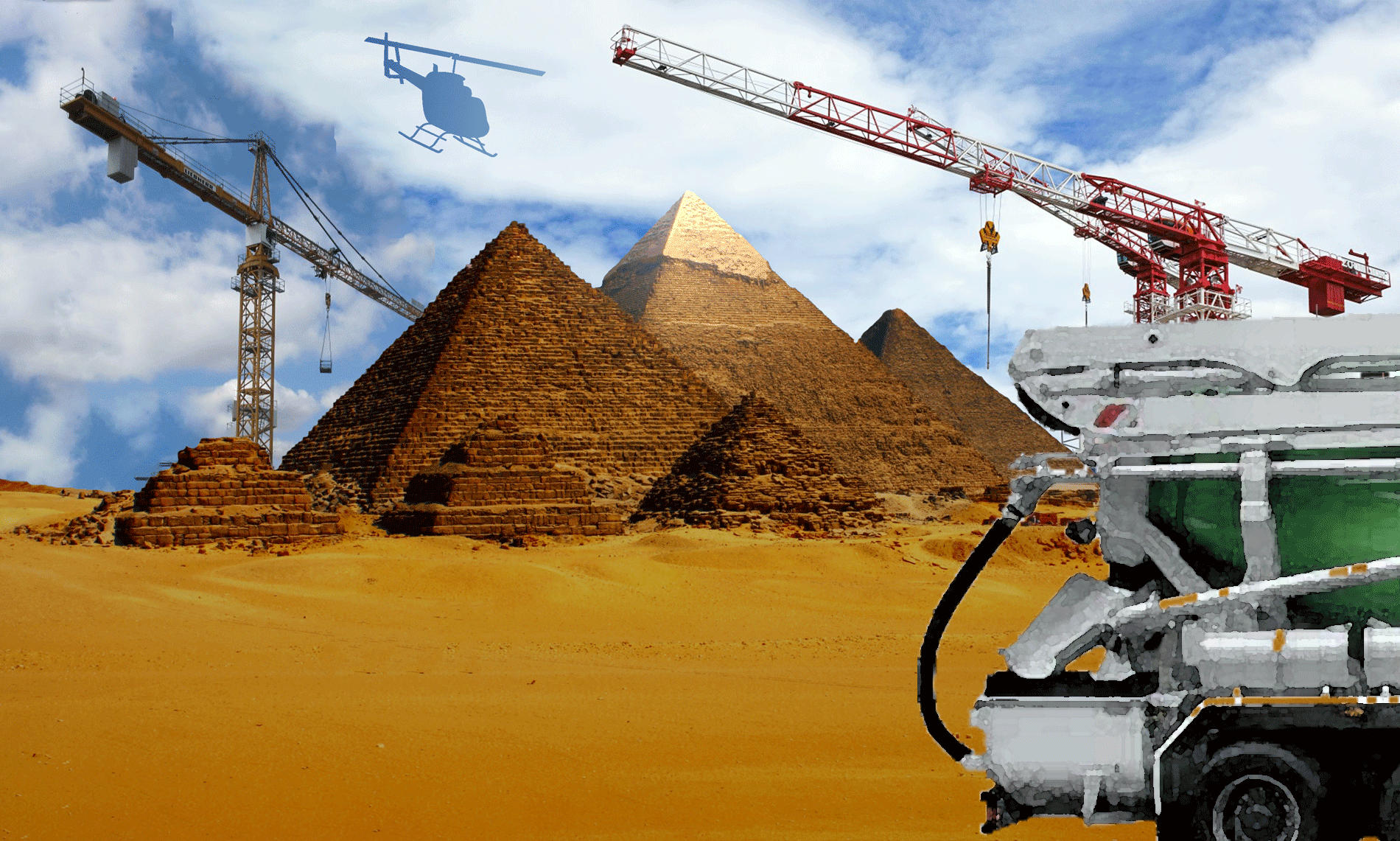 Five years ago, I published an article entitled Soft Stones, which tells how the Incas or other builders of cyclopean cities of the Andes softened the stone with the help of a particular plant. This legend, if it turns out, can provide a solution to the transport and lifting of these huge blocks.

Professor Davidovits, a chemist by trade, has also sought an answer to this nagging question. Archaeologists refute it, especially because Davidovits is not part of the seraglio. Think about it, a chemist! they exclaim with contempt. They are not smart, so they refute, blinded that they are by their naive faith in an outdated past. They are the only ones who still believe it.

Not being an academic is an asset for any researcher. My readers know my visceral rejection of dominant theories. I demolished them one by one with a jubilant pleasure.

The thesis of Joseph Davidovits testifies to a decisive advance in the theory of soft stones: limestone concrete. I can not resist the pleasure of scratching Wikipedia a little while citing it. Encyclopaedias are delayed by vocation. But they remain precious. A compass that indicates the south is just as useful as a good one. Just know it, and take the counterpoint. That’s what I do with Wikipedia.

The theory that cast stones were used for some parts of Egyptian pyramid construction has been supported since 1978 by chemical engineer Joseph Davidovits. It suggests that the stone blocks of the Egyptian pyramids would not have been cut, but molded, like concrete.

This theory attempts to provide answers to the difficulties associated with the transport, lifting, or very tight adjustment of the blocks, as well as other questions deemed insoluble, such as the manufacture of statues and hard stone vases. fine forms and the appearance of neat surface, which seem impossible to achieve by cutting methods, especially at a time when the tools were stone and copper.

According to Joseph Davidovits, the clayey limestone, naturally present on the construction site, was broken up in water and then mixed with a binder consisting essentially of natron and lime. This mixture, poured into the molds, would have solidified to form an agglomerated stone, as solid as a natural stone. Joseph Davidovits and his team conducted life-size stone molding experiments that demonstrated the feasibility of the method. (source)

The hypothesis is interesting, but if we stick to this muddy presentation, we are unlikely to accept it. However this new track is explosive for more than one reason. While having the rare merit of putting forward geological evidence that seems serious, if not irrefutable.

By indulging in a thorough examination of the intimate texture of the different blocks, Davidovits made an astonishing discovery. Here is the genesis.

In prehistoric times, most of present-day Egypt was submerged. Underwater. The decomposing remains of marine organisms, shells and skeletons, plants, algae and algae that fell to the bottom of the sea formed a mud that condensed into a sedimentary rock called limestone.

During a natural process that lasted for thousands of years they consolidated and hardened them, forming limestone beds. The pyramidal blocks consist of this limestone, a sedimentary rock formed of skeletons and large fossil shells of marine organisms. These fossil remains are normally found in horizontal sedimentary layers.

Yet, observing the stones of the Great Pyramid, Professor Davidovits found the sedimentary layers disorganized, disordered, as if they had been artificially mixed. By what strange way?

After much thought and further examination, Davidovits notes another troubling fact. He notes in the stone pyramids the presence of air bubbles, organic fibers, bones and animal teeth. So many foreign materials that can not be found in natural limestone. Should we see further evidence of the artificial nature of these stones?

The following photo shows a sample of the casing from the ascending passage of Kheops great pyramid, given by the French egyptologist Jean-Philippe Lauer in 1982 to J. Davidovits. Now, the cross section is characterised by the presence of organic fibers and air bubbles that do not exist in normal situation, especially in a 60 millions years old limestone from the eocene ere ! 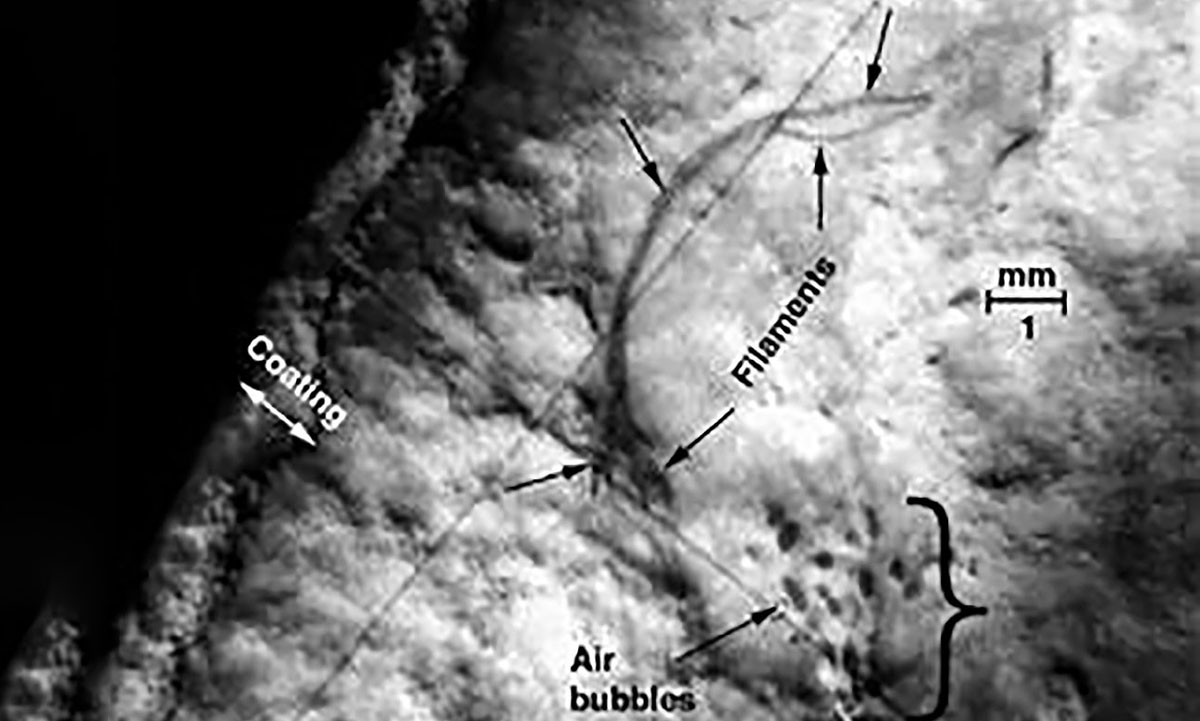 Davidovits arrives at this astounding conclusion. The so-called stones are in fact pulverized limestone, put in mold with a hardener. Once dry, this limestone mortar is as hard as the original stone. The chemist imagines that the gigantic blocks would have been cast on the spot, like a vulgar concrete wall. Bold hypothesis that solves many enigmas … but raises irritating questions.

For me, the case is closed. There is nothing natural about these stones. And the questions multiply. Why only the builders of the pyramids of Cheops, Kephren and Mykerinos have used this brilliant technique?

How is it that this technique of construction was used only for the pyramids of Giza in Cairo, or those of Seti 1st in Abydos? Why did the secret get lost? Why did the descendants of Cheops use only small stones or bricks? Why did they only build pyramids that can not stand the test of time?

Another fact comes to provide additional lighting. The geological structure of the Giza plateau, where the three great pyramids rise, reveals two distinct veins, one of hard limestone, the other of soft limestone. According to the geologist Thomas Aigner and the Egyptologist Mark Lehner, the original surface of the Mokkatam formation, which is the bedrock of the pyramids, is composed of very hard limestone nummulite type. 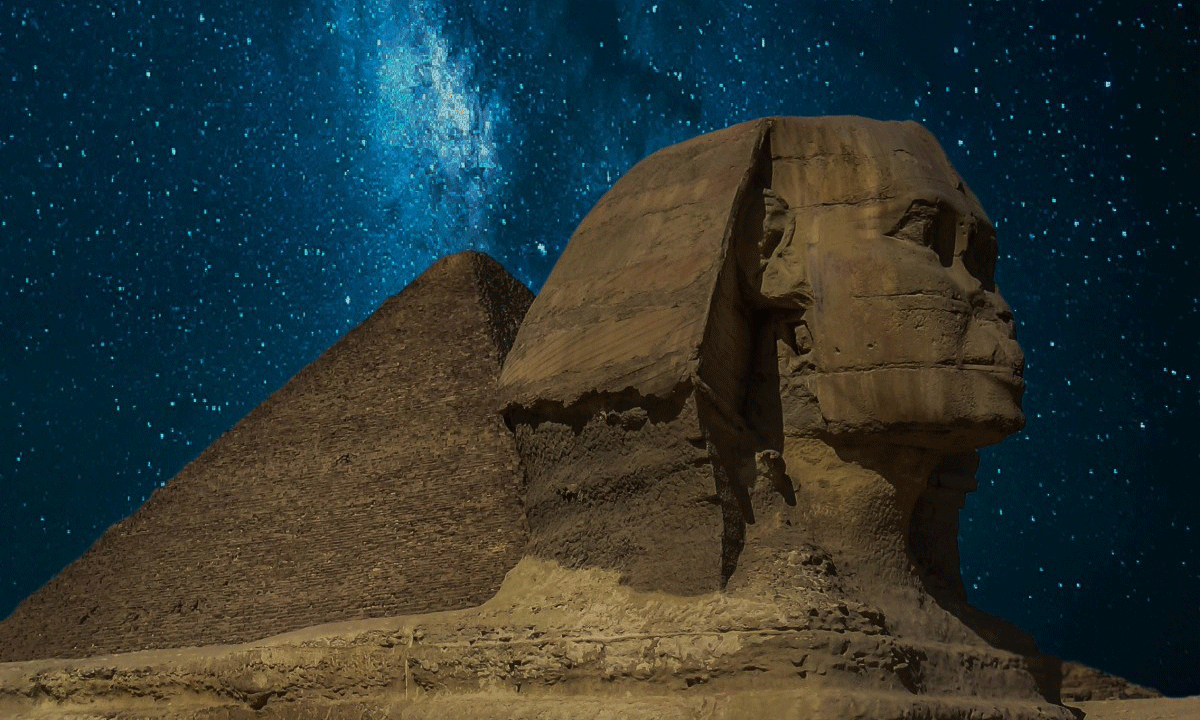 On the contrary, the outcrop that plunges into the wadi, where the quarries are located, as well as the trench surrounding the Sphinx and the body of the Sphinx, consist of denser and softer marly limestone layers, with a relatively high amount of clay.

The builders excavated the stones in the softer and denser stratified limestones of the southern part of the Mokkatam Formation, but founded the pyramids on the north shore in nummulite. Why not build the pyramid in the most resistant limestone?

Any architect would have opted for this solution. Unless soft limestone should not be used as is. If it was intended for grinding and hardening, for example. In this case, a softer limestone would not have agreed. This troubling fact may be another geological evidence of Davidovits theory.

He remembered he was a chemist by training. So he invented a new family of concrete, made from limestone soft rocks, which he called geopolymer concrete.

Australia, October 2015. The West Wellcamp Airport (BWWA) in Toowoomba, Queensland, is the first Australian public airport to be built in 48 years. The BWWA became fully operational with commercial flights operated by Qantas Link in November 2014.

Thirty years after the invention of geopolymer cement in the United States, at Lone Star Industries (Pyrament Cement), this project marks a milestone in engineering – the largest geopolymer concrete project in the world to date. BWWA was built with approximately 40,000 m3 (100,000 tons) of geopolymer concrete, making it the largest application of this new class of concrete in the world. The geopolymer concrete developed by Wagners, known as Earth Friendly Concrete (EFC), has proved to be well suited to this method of construction because of its characteristics of high flexural tensile strength, low shrinkage and maneuverability. Reinforced 435 mm thick geopolymer concrete used for interchange, apron and taxiway pavements accommodates a heavy 747 freighter for scheduled air traffic between Toowoomba-Wellcamp BWWA Airport and Hong Kong. (source) 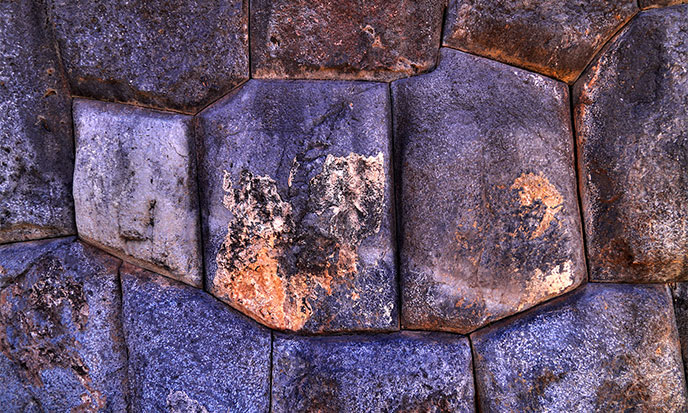 The concrete of Tiahuanaco

Joseph Davidovits did not stop at this commercial success. The study of the pyramids of Giza did not seem to him sufficient. With his international team, he undertook the same research on the stones of the cities of the Andes, in the Andes. The result is exactly the same.

During the 10th Geopolymer Camp of 2018, Prof. Joseph Davidovits presented the latest research undertaken by his team on the megaliths of Tiwanaku (Tiahuanaco) / Pumapunku. In November 2017, an international team of scientists (a geologist from Universidad San Pablo de Arequipa, Peru and a member of the Geopolymer Institute / Geopolymer Institute) went to the site to study the different stones and monuments. Joseph Davidovits and his team then performed various microscope (thin-blade) and SEM SEM analyzes. They discovered organic matter in volcanic rock andesite, which is impossible in nature. This discovery suggests an artificial rock geopolymer and in addition a possibility of dating to C-14 (planned research). (source)

I wanted to introduce you to the works of this discoverer, and their economic applications. The study of the past leads definitely to a better future. Not only was geopolymer concrete used thousands of years ago, but it is being used again as the most innovative concrete ever developed by our civilization. Is there still other evidence of our hyper-technological past? Those who do not want to believe it refuse all arguments, those who believe in it already do not need it. So tell me why am I writing? 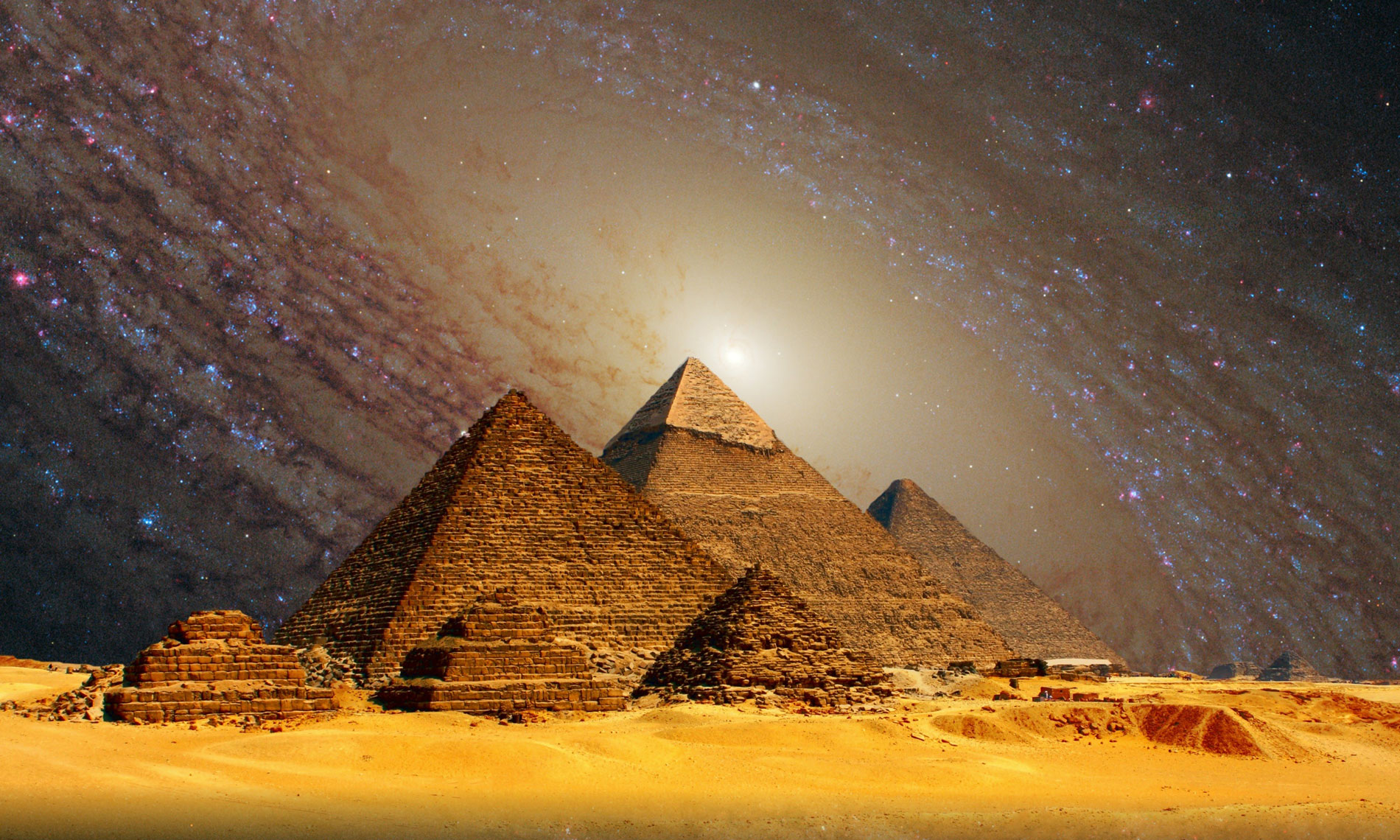