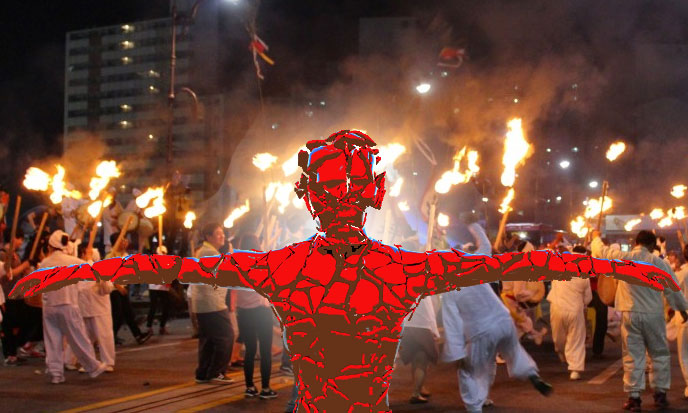 Fucking transhumanism. Those crazy Californians want to give us eternal life. You don’t say! The worst thing is they are able to succeed.

I killed my TV set, I flashed my mac and I sacrificed a journalist. Eternity for all, who can believe that? Neither Global Look nor the Russians nor the Chinese are going to offer anything at all. Eternal life will be for the rich. For the very rich.

As for the others … think five minutes. We are far too many to be all eternal. Especially since the rich like to have their ease, they need a lot of room to show their vanity.

All the others, you as well as me, obscure convicts of the depths, we will only have to die or die. I wanted to have the heart of it, I settled the cursor of the time-machine on “immediate future”.

September 12, 2029 – UWAN Inc announces the marketing of the first pill of eternity. Despite its exorbitant price, the Forever pill triggered riots of a rare violence that mourned several UWAN Shops in the United States.

France banned its sale and consumption on French territory, judging its price prohibitive: nearly a million dollars. France is the first country to oppose the planetary giant. UWAN does not care. But not Brussels, for whom France has violated the Tafta Open-Wallet Treaty for the transatlantic free movement of products and goods.

Wow! It’s not a picnic, I tell you! Let’s see what happens later on. 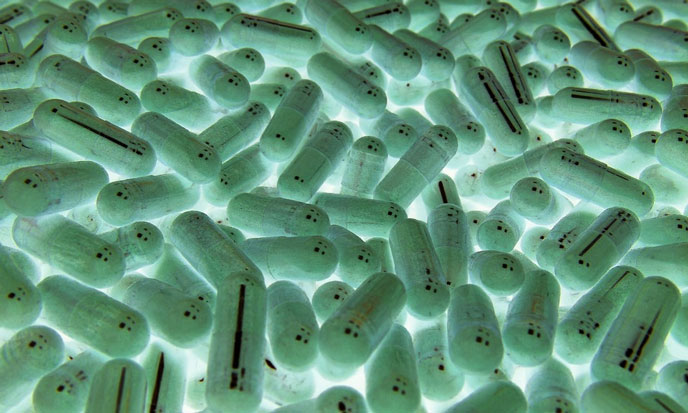 To cheer up, listen to this while reading that:

October 16, 2029 – Brussels, Europe United – In America as in Europe, the riots took an unforeseen scale. 25,000 deaths on the US soil, and more than 7700 in Europe. In France, the rioters of the EGG “Eternité Générale Gratuite” movement had hijacked an UWAN Air plane and got hold of a stock of 200,000 Forever pills.

October 17, 2029 – Amsterdam, The Netherlands – UWAN denied everything in block, the direction of communication maintains the official thesis that there is no stock of pills Forever, which explains its price and waiting times. One no longer knows who to believe or which side is right.

October 18, 2029 – Paris, France – More than three hundred EGG sympathizers gassed during a hostage taking. They wanted to force the management of UWAN France to distribute gratis the famous pill. The lethal grenades were launched by the private militia UWAN. A regrettable blunder, according to the militia. A patrolling crime, according to the police.

The justice which immediately seized the case was dissuaded by a division of UWAN Panzers who took position around the Ministry and the Palace of Justice of Paris.

October 21, 2029 – Los Angeles, USA – UWAN Inc. denies any involvement in the unfortunate overflows of Paris this week. UWAN Inc assumes no responsibility for the tragic disappearance of the Palais de Justice in Paris and the 750 magistrates who were there. UWAN Inc has nothing to do with the accidental massacre of the uncontrollable and dangerous rioters of the EGG.

All UWAN Fans know that their beloved idol, dedicated to the happiness and well-being of everyone, can not under any circumstances act suppressively.

October 21, 2029 – Wall Street, New York City, USA – The actions of Glook flew yesterday to virgin summits. Emergency, the New York Stock Exchange has just created a new market parallel to the FOREX, reserved for Glook, the FOREVER. Will this unprecedented maneuver save the international financial system in dire straits?

It was quite predictable. As soon as it was put on the market, the pill of happiness fucked the whole thing off. Remember I focused on Europe and America … In Africa and Asia, it’s getting much worse … 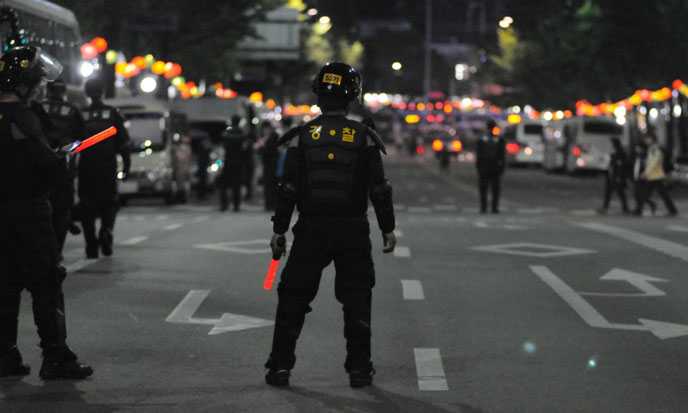 A little jump of a few months on the dial of the hobby, to see how it evolves.

This time, my UWAN Time Machine left me somewhere in Europe, early 2030. I was thinking of going a little further in the near future, but with the time trips, for the exact date, it is not the pilot Who’s deciding. It’s still the machine. The probe saves your desires and your search, and UWAN Crosstime brings you dare-dare. The date does not matter, one discovers it when arriving.

12 January 2030 – Paris, France – Countless stocks of Forever have been distributed by EGG or other associations for free eternity. A few countries, especially repressive dictatorships, seem to stay away from the insurrectional climate that has spread to the entire planet. Many cases of green plague have been reported among EEG members. Is it an epidemic of retaliation initiated by the public authorities, or by UWAN? Both institutions have denied with the utmost firmness.

16 January 2030 – Brussels, Union New Europe – More than one hundred thousand dead of the green plague among the members of the EGG. Wikileaks has released the following info:

“UWAN is not a charitable organization, and arrangements were made as early as Forever’s design that the taking of this pill, followed by the administration of an antidote, would lead to the death of the patient after three months. All the evidence is detailed in the file that follows (…)”

The evidence is overwhelming. A concert of official protests and a string of insurrections is shaking the international community.

January 16, 2030 – Wall Street, New York City, USA – Following the scandal of the pill that kills, the FOREVER parallel market has just collapsed, causing the FOREX in its downfall, despite the precautions that had been taken. As a justified exception, the New York Stock Exchange is closed until further notice. The COB observes that the main financial markets in the western zone are also closed.

20 February 2030 – Nikei, Tokyo, Japan – The Forever epidemic continues to spread, killing thousands. In Tokyo, there are more than 600,000 deaths attributable to this treatment, and the number is constantly increasing. Sapporo and Okinawa were declared dead cities. Kyoto will not last long. Everywhere hospitals and health centers are overwhelmed, stormed, totally helpless in the face of the pandemic’s speed. The users of the killer pill are extinguished one after the other, plagued by atrocious suffering.

Are those who regularly paid for their treatment safe? Yes, assures the American giant. The antidote is part of the prescribed treatment, our clients do not run the slightest risk. This is not the opinion of the WHO and the Japanese Ministry of Public Health. WHO cites numerous cases – more than sixty thousand – of regular users who have died by default of antidote. It seems that the antidote provided by UWAN with the Forever processing is insufficient for certain categories of users. 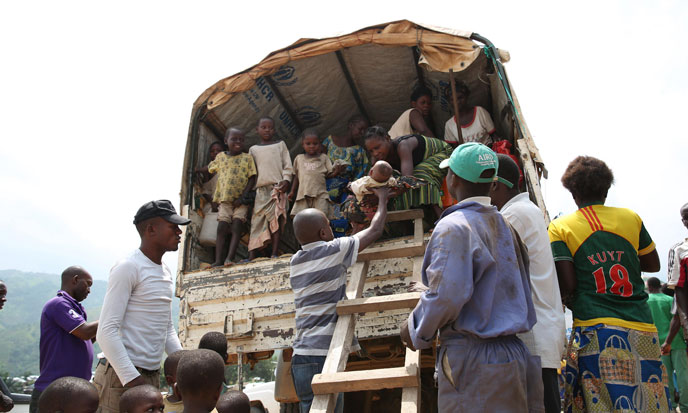 February 22, 2030 – Paris, France – Co-President Valls demands free and immediate distribution of reinforced antidotes, which can be administered to all exposed persons, regardless of their status. Co-president Juppé tried to moderate the remarks of his young colleague, who persists and signs this morning in the columns of Liberation with a shout entitled “UWAN must pay for his crimes”.

February 24, 2030 – Los Angeles, USA – Despite the demand from the French co-chairman, the Globe Glover is turning a deaf ear and announces the upcoming sale of a more efficient, safer, and much more expensive Forever II. At New York stock exchange, the FOREVER has reopened and reaped a truly phenomenal rise, while the entire planet sinks into a war of all against all. In a climate of the end of the world, the powerful amass huge fortunes in a few hours while the dying strew the sidewalks.

February 29, 2030 – EGG Underground Communiqué – The movement for eternity, free and safe, has conquered the planet. But UWAN does not pretend to weaken. Our international committees send us terrifying numbers and reports. By the time we post this text, more than 750 million deaths have been recorded in Asia. A billion deaths for the rest of the world. Riots have ignited fires in 17 US cities, a constantly rising figure, while Europe is dying in a bloodbath. Eternity is not our enemy. UWAN either, if he finally decides to let go of the remedies. But if UWAN persists in his immobility, we will conclude that the systematic extermination of the surplus population is part of the business plan. Then UWAN and customers will become our deadly enemies. 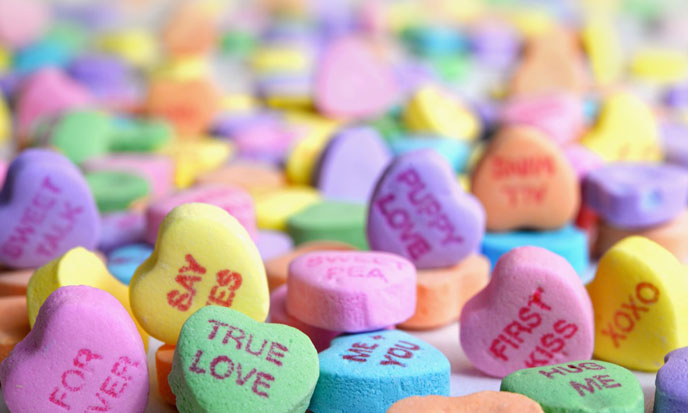