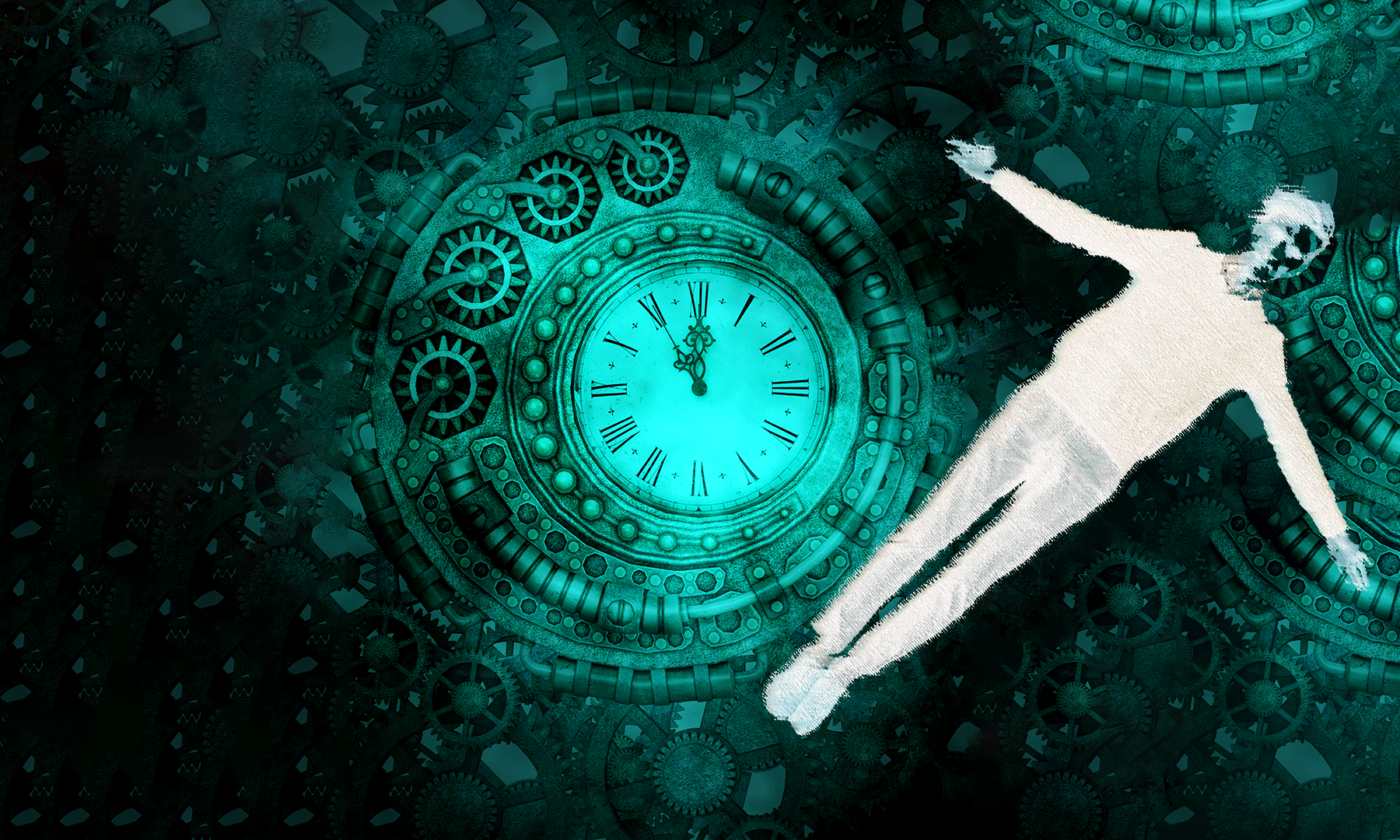 If I had to forbid me to speak just because famous people do not think like me, this site would never have emerged. Except that I travel across the time line and I tend to first believe what I see.

Time, according to physics, time is a dimension like space. Theoretically, we can go through it in all directions. Theoretically. There is a tremendous gap between theory and practice. Many dreamers have straddled this delirium, time travel produced a litany of dramas, novels, movies and comics of all kind, each of us has a weakness for a particular work that has moved the child that he/she was. The common point of all is the machine. Chronoscaph, timerider, chronovisor, time machine, DeLorean – whatever the name, the time traveler has to get on board of a time jet, wear a time suit, put on a time helmet, drink a time potion. Reality is much simpler and much less material: it is just an old shamanic trick.

From the very beginning of human race, there are shamans, or medicine men, sorcerers, whatever you call them. Shamans have developed a highly performing timetravel technique. They also know how to travel in space, to move instantly to the other side of the plain, or of the galaxy, or of the universe. “These astronauts make me laugh, said one of them after the first moon landing by the United States. Every shaman can go to the moon, we have been doing it for a long time. However, none of us could bring back any rock.”

Some of you are wondering how I work to explore the hidden secrets of our distant past. Well, no sweat. I read a lot of the old masters, the great ancient – often unknowingly they transmitted chips that mythologists have to exhume and cleanse and revive. Sometimes, more often, a big bubble is blowing out of the depths of my unconscious – or time, if you prefer – since the two labels applied to the same flask. When the bubble burst on the surface of my consciousness, I have a flash and I view – in a glance and without effort – secrets encysted in the spiraled flesh of time.

I dug them up over the day, drop after drop, and I show them here on my website. A website which is becoming -thanks to you all- a global reference in the field. My efforts are useful, that’s my finest reward. In conscience I draw on you all the powerful blessing of the Ultimate Being in you who loves you as shewhy not? loves herself.

I can already hear the comments: “why did these things happen to him, not to me, not to us? “ The right question should be : “How the fuck did he do that?!”  As I said it is just an old shamanic trick. It is enough to cut yourself in two – they call it the bilocation. You are both here and now, and also elsewhere. In conscious astral. As time does not exist in astral, it is permissible for you to go wherever you want, whenever you want. As you go through your astral body, your physical body – and a minimum of consciousness – remain here and now. As said Janis Joplin – who I love tenderly: “As we discovered in the train, tomorrow doesn’t exist.”

And Alan Watts echoed: “The future is a concept, it doesn’t exist. There is no such thing as tomorrow. There never will be, because time is always now. That’s one of the things we discover when we stop talking to ourselves and stop thinking. We find there is only present, only an eternal now.” (source)Alan Watts

Now how can you cut yourself in to? How can you stop the world ? I’ll tell you. First I have to go on the theory of the engram. Jung has found the track, Lafayette R. Hubbard developed. He did a good job. What he did next in his so-called Church of Scientology, is quite a different matter. I trust the justice of my country. An engram is a wound. An injury to the body, heart, or soul. Each deep wound creates a blockage in our energy pattern such as a dam that prevents water from flowing freely.

By an appropriate inner work, the warrior of light manages to clear his energy pattern, to restore free movement of the vril flow in his subtle body. He has to cure one by one the many inner wounds that anyone get on this plan. You can not travel in the past, it is prevented by engrams , which are all dams on our power line, all of our obstacles between here and now and eternity. Some techniques can be used, in time, to get rid of inherited traumas from childhood – or from past lives. When traumas have been erased, forgiven, leveled, the warrior is free to travel along his timeline. I crossed the river in 1992, hard times for me. I rowed and rambled, it did not take me less than twenty-four previous lives to unlock a fucking engram. Whatever, Arcana XIII is like a drive license: when you get it you don’t matter, but not getting it makes the difference. I crossed troubled water, I got free access to my whole timeline, now I move freely in all ages of my life, even my intrauterine life, which is a pure delight in most cases. And my future life too. Back from my first time travel, I also brought back twenty-four destinations of distant past. All ages, all continents. I found twenty-four lives in flesh and blood, as if I myself had lived each, crystal clear, complete, full of smells, pains and heavenly joys. For ten years, I have been a time zombie.

I was so deeply upset that I couldn’t help spending all my free time to explore those lives with infinite respect, as a philatelist observed a unique stamp.

During my explorations, without my noticing it, my twenty-four past lives have become airstrips, bases, outposts that have allowed me to observe the extraordinary history of our species – at least the bits I know and I give you with love, you children of light, you precious fruit of divine love.

What I did, some did as well, others may do so. Time travel is obvious. Yes, obvious.

A vertigo is seizing the warrior of light when he is no longer fixed here and now by the weight of his past, forgotten, castrating sufferings. How many adults suddenly behave like very young children to the amazement of those around them? An engram has resurface in them, which made them their young age, with blockage and ignorance they had. We all are victims of our engrams as long as the cleaning is not over, a cleaning called Arcana XIII. Then it takes all the years needed, progressing on the path of time, sniffing, tracking, tracing and suddenly the door of time is wide open. I could enter, but I couldn’t bring anyone. Not at once. Not anybody. Now I make a choice.

I am a time rover, a time ferryman, kind of era smuggler, I diffuse and I dissipate, I auscultate and I pick up among the shadows, what happened, what come from elsewhere and what will happen again. My timeline is open now, I see it wider open tomorrow. In the gap, my dear friends, you sneak. Please don’t be long. Forgotten times awaits you. Eden Saga is a Grandmother who takes you by the hand and shows you in detail the hidden wonders of our shared past. Tales and legends, facts and jokes, words and aches, banks and laughter, our stolen history is now given back.

“Seeing” is a particular way of feeling like you know something beyond a shadow of a doubt.