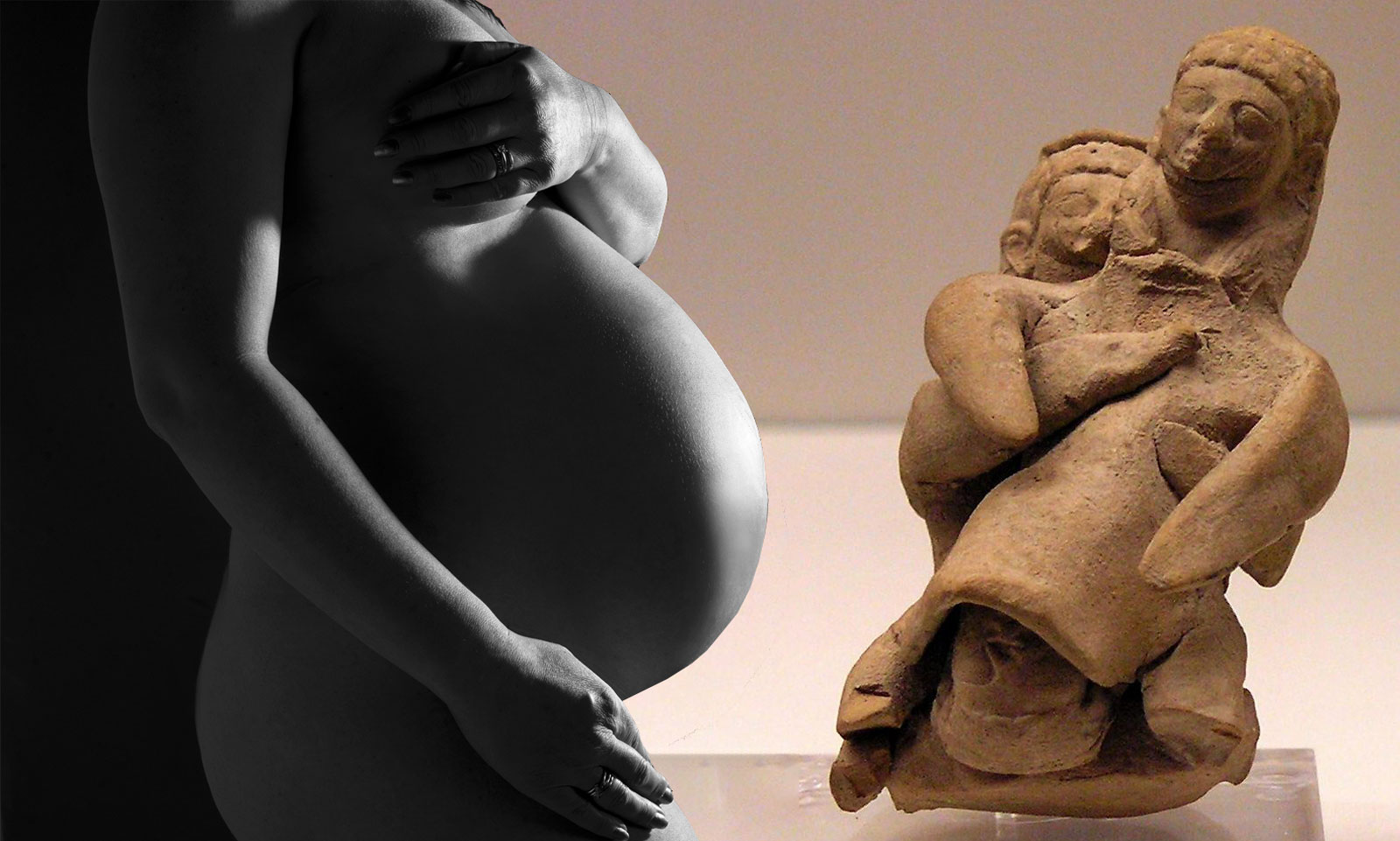 I am often asked to explain the major arcana in the reading of Jean-Claude Flornoy. I did it already, I’m said it’s not enough. My presentation is unclear, complains. It is true that it is succinct. As I was looking for a more relevant, more direct angle of attack – in a word more human – I came to an idea.

I will comment on each major arcana with a step in my own life. Starting with The Magician,French: Le Bateleur of course. Do not see an unbearable ego manifestation, it’s just that I’m well placed to know myself. I have access to my entire life line, so it’s easier for me to put myself on the stage. Too bad for my modesty and modesty legendary.

My birth went well, thank you. But just born, the newborn suffers from everything. The initiation of the physical body, its piping and wiring, all opportunities to experience the worst suffering. The mind knows no such thing before incarnating.

All the possibilities are on the table. Arranged in front of me, as on the stall of a fair mountebank, different objects represent the possible aspects of my future life. Nothing is played, I did not choose what awaits me, my only choice, capital: I chose the body in which my fetus is incarnated. I chose my mother and my father.

When I was still a spirit hovering in the infinite astral, I saw a glow shine on the Earth. A couple made love, and the light of their union mesmerized me as the candle attracts the butterfly. I did not burn my wings, though. I already loved lovingly that father and mother who loved each other. When the sperm penetrated the egg, I felt sucked into the womb, went through the irresistible spiral of incarnation and made myself flesh.

Intrauterine life is an existence in its own right. With his fears, his joys, his sufferings and his decline: birth is the death of the fetus. After, he becomes a little man. It’s very different. Since my incarnation, from my conception, I was conscious. For the duration of my intrauterine life, I felt what was happening, not with my physical senses, rather by direct transmission. Yet I have the clear memory of the voice of Mom that reached me through the amniotic fluid.

And that is a sound perceived by the ear, so by a physical sense, you say. Not necessarily. When I made my first conscious outing at the age of 12, I heard all the sounds of the countryside and the sea. Yet my ears had remained 15 meters lower, with the rest of my physical body . In the astral, we see everything, we hear everything, we perceive everything. We can do without our crude senses to accomplish this feat. The mind can do anything, its powers are infinite.

The memory of the inter-lives is still in my head. Hence the hat of the Bateleur which evokes the symbol of the infinite, a 8 lying. My mind is in my head. I am connected to infinity. I embrace the worlds, the states of being, the vital modes. Only problem: this bloody body hurts me screaming. I scream.

Hunger too is suffering. The child feels it as a powerful tugging stomach, which is even more scary than it hurts. Permanent physical suffering. All the relationships I can have with the physical world are full of heaviness, shrouded in anguish and pain.

But this physical suffering is only an interlude at the heart of an extreme bliss: the infant is connected to the cosmos, he swims in the Big Whole like a fish in the water. The suffering of birth is especially one for the mother. The fetus has experienced so much intrauterine suffering, the release is felt as a relief most of the time. I audited many candidates for enlightenment when I practiced the deep trances of Arcanum XIII, the little mysteries of Isis. I never met an engram linked to birth. On the other hand, I have known several cases of pre-natal engram.

I – THE MAGICIAN – LE BATELEUR

Let’s go back to the possibilities on the table in front of me. All these objects are not identifiable, everyone will try. To recognize them all is not so important. Time will tell. In infancy, the future life blends with the present. We know we are small, we are not fully self-aware in the manner of a child of 4 years, let alone that of a teenager or an adult. All these possible futures are also laughing, equally attractive. The time of choice did not come. Training is needed.
Learning the physical body is the first step. It will be entrusted to an educator asked, deemed wise: the grandmother. This was the practice in the 17th century, when this way of life was drawn.
We will see why it was so in the following arcane, II – THE PAPESSE. The mother’s turn will come later, with the arcane III THE IMPERATOR. Meanwhile, the child is exercising to discover this narrow plane of reality that is called the physical world.
For the toddler, it would be rather the world of suffering and constraint.

I would like to reproduce here the words of a song that I composed!I made hundreds! twenty years ago, and which illustrates this phase of inner life.

Inhabitants of the azure, invisible friends,
Pray for him!
Support his efforts, illuminate his nights,
So be it!

You’re walking and crying and bleeding from the heart
Don’t be afraid
Every step, every cry, every day of pain
Got a scent of flowers

I can die tomorrow, in an hour; just now
I’m still alive
The planet is so small but the world is so big
Seen from within

Obviously the music is missing. One day, no doubt, I would put some of my songs online on Youtube. My sons claim it, for the day when I will not be. I do not write the music, when I’m gone they will not have any trace of those songs that rocked their childhood. And then, who knows ? it may interest some of you.

Late high must necessarily oppose early low. Early as the Bateleur who is hardly incarnate. He has before him all his human life, perhaps the first on earth, but maybe not. Early low, or boat. This boat of life sailing on a long calm river, or on a raging torrent. It depends on the moments.
He holds a magic wand in his hand. His left hand is magic: it seems to have two thumbs! His right hand holds a coin. There are other coins on the table. Does he do some magic to hide the onlookers’ money?
The control of the money will come only with the second initiator, ie his mother with the arcanum III THE IMPERATOR. Patience, pretty magician. The bottomin French, bottom and stocking are said “bas” lures you. The stocking of woolFrench: “le bas de laine” means savings where one puts his gold coins. Do not trust the money you collect too easily, with the luck of the beginner. This gold is worthless. Rather look for the inner gold.
See between her feet the curious yellow hairy plant. It can also be seen as a yellow slit in the white backdrop. And this slot evokes a vulva pretty well. The rocker holds in his left hand a phallic rod to garnish this vulva? Yes, we can believe it. 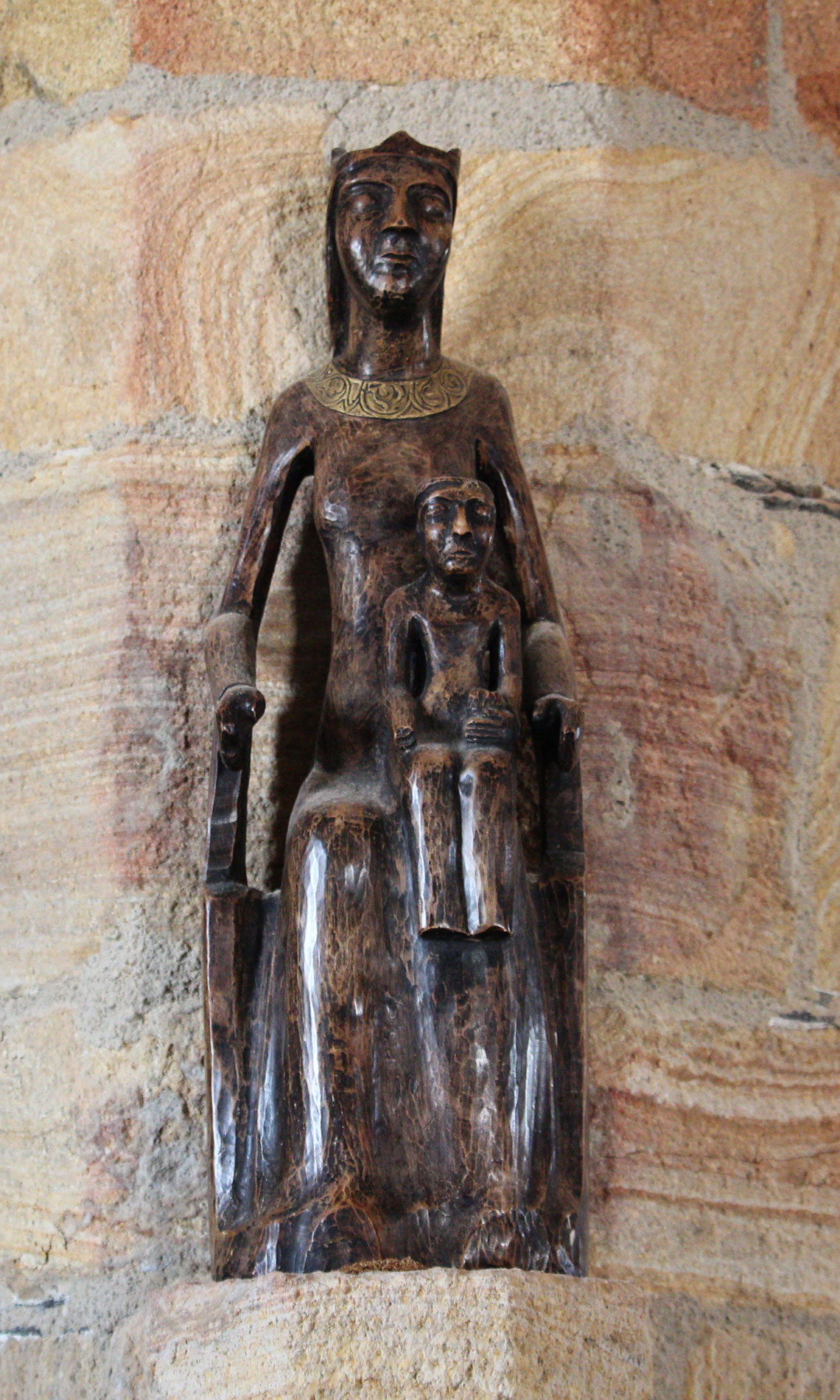 Now I see a quite different issue. Look at the flesh-colored hills on which he stands with his table. It looks like a belly of a pregnant woman with her two thighs on both sides. In this case the vulva would be the one he has just crossed. The maternal vulva that is the gateway to our world.
We must make the parallel between this young newborn mountebank standing on the still swollen belly, and the young child standing or sitting on the knees of black virgins. They are the mothers of humanity, the birth attendants of enlightenment, they are the Isis who gives the Life and the Spirit.
Only the tarot Dodal is so explicit, that’s why I chose it to illustrate the mysteries of my own life. If we take again the play of words “the low you deceive”, what is there at the bottom? A vulva. A female sex. And his first two initiators will be initiators …
Now we can also write “the ruble bât lures you.” Or even “battle her”. No censorship. All word games are welcome when they give birth to a deep meaning. The emergence of sacred meaning justifies all research. Nothing is useless, nothing is innocent, nothing can be excluded from the interpretations that can be made of it. There is the text, there is the image. What else ? There is also the code-point, the indecipherable secret code on which Noémie is working, and which sooner or later will have to reveal its hidden depth.

If education is expensive, try ignorance.