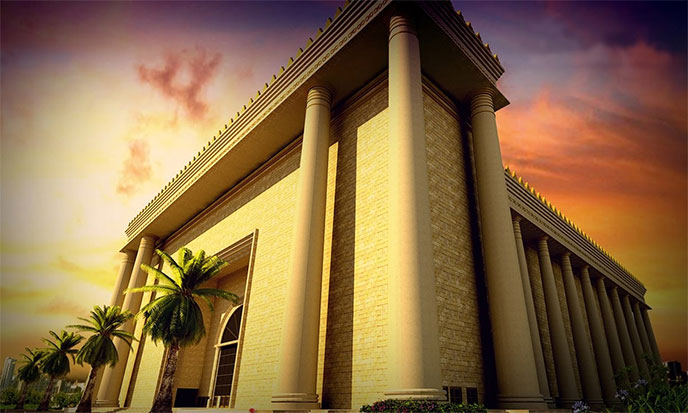 Everywhere in the world, whatever the religion, any temple is built on the ruins of an earlier temple. Because the powerful places have ever been honored. Who but a modern monk could build elsewhere?

In our Western culture, the temple of temples – being at the origin of Judaism and Christianity and honoured by Islam through the black stone of Abraham – is undoubtedly the Temple of Jerusalem – the Wailing Wall only remaining today.

The great King Solomon built the First Temple of Yahweh, says the legend, by black magic with the help of a band of little devils. Magic is never far from Solomon.

The tradition explains that the temple was built using huge blocks – comparable to various cyclopean constructions worldwide – which you can still see in the Wailing Wall. Here as elsewhere, the question is: how did they raise such blocks with weigh defying the power of modern cranes?

If you still refuse to admit that distant past was highly techno and well developped, there is only one explanation : magic.

The Temple of Jerusalem therefore, says the legend, was built by devils who blew the huge blocks from the ground directly to their place in the Cyclopean wall. I guess the builders were stuffed with magic potion used by Asterix to build a palace in Egypt …

“Any sufficiently advanced technology is indistinguishable from magic.” Perhaps were the stones self implemented? Maybe there is no stone block, but a perfect cement that was poured on site in wooden molds?

It is also said that this magical temple was built under the direction of Hiram, darling architect of Freemasons. This could make sense, since in the collective name of Hiram, I can not help but see the phrase “those of Ram” i.e. the people of Rama – which we recall has long prevailed in these countries during the previous era.

In this perspective, a Masonic study of  texts of Herodotus and other incunabula describing the Temple of Solomon would be useful …

If the Brothers of the CoastsI’m only kidding accept – once is not ever – out of their bloody and fruitless symbolism. Masonic or not, evil or not, the first temple in Jerusalem was equipped with numerous lightning rods, if we are to believe Herodotus, who himself trusted to the local tradition.

These lightning rods do not deserve quite the modern name because of a very different use. They were not used to protect the temple of lightning ; on the contrary, they drew thunder to use its energy.

But not having understood this clearly, that lightning was once feared but not coveted the contrary, no one could decipher this puzzle. For example, the physicist François AragoFrench physicist, 18th century is quite surprised that lightning has never destroyed the Temple of Solomon. 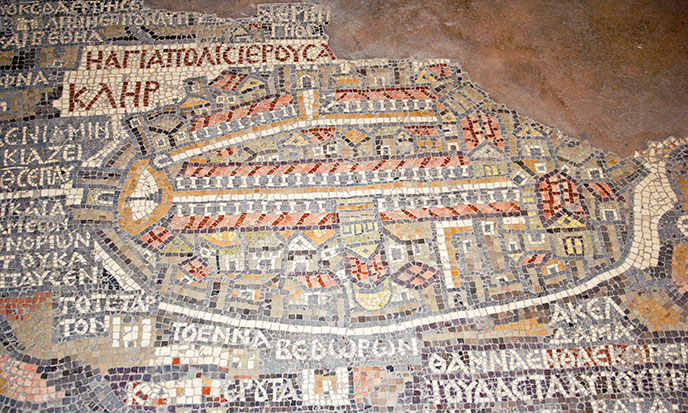 “The roof of the temple, built in the Italian style and paneled in cedar wood covered with a thick foil of pure gold was bristling from one end to another with long and sharp blades – all made of iron, steel and gold.

According to Josephus, the architect destined these many blades (twenty-four was the number) to prevent birds standing on the roof and dropping their dung. All sides of the monument were also covered with heavily gilded  wood.

Finally, in the forecourt of the Temple existed tanks in which water was lead by metal pipes.” (source)wikipedia

Frankly, it all seems to be the result of a perfect engineering designed to realize a perfect lightning trap – as extreme conductivity of gold multiplies the effectiveness of the vrill energy. Engineer physicist François Arago actually noticed – yet his conclusion is surprising : “we find here on the roof, the walls and the lightning rods such an abundance of drivers that surprise makes us dumb indeed.

Lichtenberg was right to ensure that the tenth part of the devices nowadays is far from offering to build a meeting as satisfactory circumstances. Definitely, the Temple of Jerusalem, remained intact for over a thousand years may be cited as the clearest evidence of the effectiveness of lightning” (source)François Arago, Texts

If Arago had foreseen any interest to capture lightning, he would not state the absurdity attributed to Josephus, that lightning rods were intended to deter birds.

Blatant stupidity, wrapped in contempt to Solomon and Hiram. Deterring birds with just a few tips !

To achieve this goal, given the scale of the building, not only 24 lightning rods should have been needed – but 2400 ! Once again, science refuses to recognize the former intelligence and sagacity of our ancestors. Yet visible in them, this sagacity seems to be lacking in standard scientist brain.

Physicist Arago described a superconducting temple, without assuming for one second that this evident supraconductivity was intended by Hiram. We have For too many centuries we have been flattered with the illusion to be in constant progress, and thus that our civilization represent the cutting edge of science, technology and understanding of the universe. 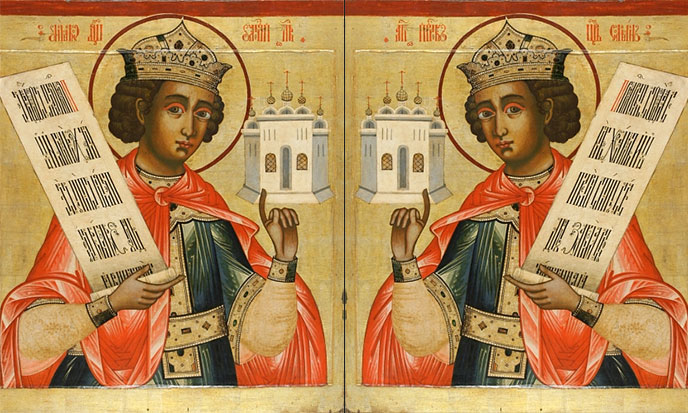 It’s so flattering to us that everyone has bought into this crack without a single gulp. And even today, it’s hard to get rid of … If Arago had thought for a moment that the ancients knew a lot longer than he did, everything could have changed.

Whenever a scientist thinks sincerely he is the author of a discovery, whatever it is, this scientist commits three sins: by pride, naivete and ignorance. It is important to review our grotesque vision of the evolution inherited  of Darwin the dusty fossil – a guy that few of us would invite to their table, saw his shabby look and the smell of formaldehyde.

I’m sorry to say that the crowd of dunces prefer camping on the solid ground of their certainty: we are the smartest people ever. Smart enough to let half of the world starve while the other half die of easily cured diseases?

Only a well-fed elite access to the web, and in the web, how many liar sites to one site like this? Stop swallowing anything is given to you. Start refusing. Learn to say ‘no’.  To get the whole picture is not enough, you must act. Each and everyone in the daily sphere must become a hero.

A working-class hero is something to be. If you want to be a hero you can just follow me. (John Lennon)

Being a warrior of light – that’s it. Work wonders across appalling splendors, never losing your composure.

Nothing surprises you, so you can marvel at all.