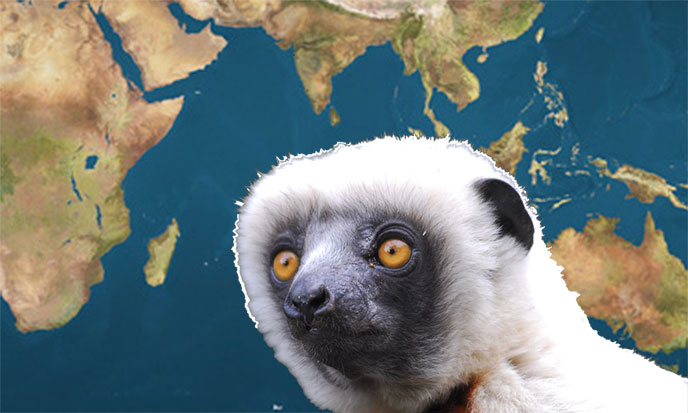 Some believe that Lemuria is another name for Mu. They are misinformed. They would know if they had read Helena Blavatsky or Rudolf Steiner. While Mu would rest at the bottom of the Pacific, Lemuria is a hypothetical sunken continent under the Indian Ocean.

It once included the Mascarene Islands: Madagascar, Reunion and Mauritius, then pushing northeast towards the Malay Peninsula. Current geologists reject this hypothesis: we will see why they reject, and why they may be wrong. So may I.

Where does the story of Lemuria come from? From charming creatures called lemurs, precisely. In the 19th century, British zoologist Philip Sclater would explain the presence of lemurs in Madagascar as in Malaysia.

He hypothesized an hypothetical continent swallowed by the Indian Ocean, that would have served as a bridge through which would have passed these graceful animals.

This continent, quite naturally, he called Lemuria. German naturalist Ernst Haeckel approved: the distribution of lemurs suggests the existence of a continent in the Indian Ocean. (source)from Wikipedia

That is opposed to the hypothesis of ancient Lemuria, it is the theory of continental drift, developed during the last century.

In the Indian Ocean, the presence of a ridge, emergence volcanic zone, prohibits the assumption of immersion of a continent. (source)from Wikipedia For the same geological reasons, the assumption of an island-continent once sunken in the middle of the Atlantic Ocean is rejected by geologists. Yet Plato is formal, like many other ancient and modern authors. Yet there are strong indications that this island-continent is found where Plato suggests, ie in the middle of the Atlantic Ocean. Geologists can be wrong. Plato too. For my part, I take advantage of dream against the cold vacuum science. I bet for Lemuria. But maybe not as we are told.

I lean towards the hypothesis of an island of space, a huge island vessel that would come sometimes arise over the Atlantic Ocean, sometimes on the Indian Ocean, sometimes on the Pacific. Its name has changed according to time and place, but the reality is still the same: that of a metal shell housing a continent island 3000 km in diameter in a removable transparent dome.

This elegant solution would have the merit of precious reconcile assertions of Plato and the data of modern geology. It would also explain many hitherto intractable paradoxes. Obviously, despite its futuristic intuitions, our beloved Helena Blavatsky, founder of the Theosophical Society, not preceded me in this bold way. Based on the assumptions made by the researchers of her time, Helena Blavatsky, founder of the Theosophical Society, takes up this theme of a continent in the Indian Ocean. (source)Helena Blavatsky, Isis Unveiled, 1877 – The Secret Doctrine, 1888 She speaks very little: the word “Lemuria” is mentioned only once.

Other Theosophists resume on the ball, but the champion of Lemuria is undoubtedly Jules Hermann.

There are indeed on the island several rocks with animal or human shapes that are reminiscent of the strange rocks of Fontainebleau. These bestiaries are not uncommon where nature (?) seems to enjoy playing the sculptor. Nature, or someone who helped …

“Now if we continue to the southern tip of India, if one goes down the gigantic mountains of Deccan staircase that leads to the depths of the ocean, we feel that here the sea hides mysterious origins of these worlds.

And so, leaving the Dekka and Ceylon, we continue our journey in the south, we can follow through the seas of the wonderful trails of thousands of islands, past wrecks of ancient India collapsed, roads past maybe that put them in communication with the worlds southern missing. Bourbon and Mauritius, whose feet are now flooded, were sacred mountains already inhabited these lands.” (source)Julius Hermann,” The Revelations Of The Great Ocean ‘published posthumously in 1927 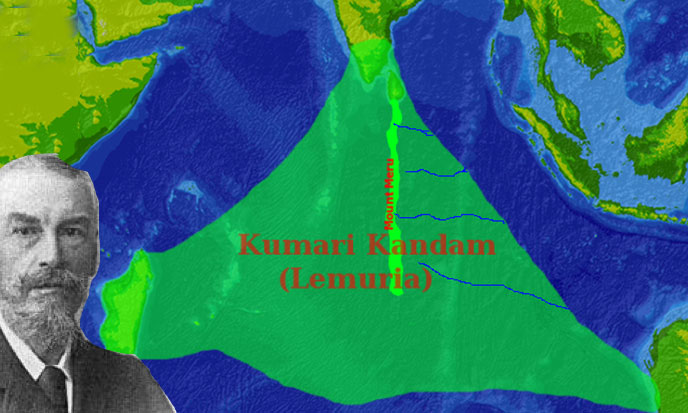 In 2011, seven stepped pyramids, made of small stones, were discovered on Mauritius Island. Is it a real boost assezpour research program? I’m afraid not … In the South Pacific, Melanesians speak of Hiva, another lost continent. Is it still Lemuria? it seems a bit too far for that. Is it Mu? The recent discovery of the submerged remains of Yonaguni in southern Japan would rather located Mu near the South China Sea …

But considering the surface of oceans and seas, and given the length of the human adventure, there is so many engulfed cities and continents, so many wonders that we will rediscover, no offense to the ignorant who want to persevere in usual errors.