Space and time are the two constitutive elements of one and only thing. Our physicians have understood it for long, even if the thing remains a bit abstract…

What is the shape of time?

Gregg BradenReserves are required on the impeccability of his approach. See end of article asks the killer question: since we conceive the time as a wave, what does it look like?

It may seem strange to wonder whether time has a shape. Yet the idea is not new. In 1913, the mathematician Elie-Joseph Cartan proposed a new type of mathematics that could explain some of the mysteries of space-time that the theories of Albert Einstein could not solve. His work led to the theory of Einstein-Cartan that describes space-time as “a special move that follows a particular trajectory to create a unique effect”.

Which, we must admit, does not mean much for the moment…

One can legitimately ask what is this movement, what is this trajectory and what effect do they produce? “This is a rotating movement exerted on a spiral trajectory, and the effect is called torsion field,” Braden answers by using the most recent mathematical discoveries. He adds: “Consider the universe in terms of torsion fields leads to great discoveries.”

Now, when Braden refers to the torsion fields, what is he talking about? Any electromagnetic field is accompanied by a torsion field, also called scalar field or field of spin.

A torsion field is caused by the spins or rotations of particles: by pivoting on themselves, the particles carry information without energy. There are dynamic torsion fields, and others, static, which are generated by the forms.

Consequences of the torsion fields

Major discovery: 1 the form of space-time is the mold that determines all the natural forms of matter. In a previous article, we saw that the spiral is a spontaneous form: now we understand why.

Other discoveries: 2 The spiral determines the shape of our galaxy, the Milky Way, as well as all the spiral galaxies. 3 The orbit of each planet takes a spiral shape throughout its revolution around the sun. 4 The atmospheric systems often take a spiral shape: like the cyclones. 5 The wind creates spiral funnels in waterspouts or tornadoes. 6 A spiral vortex forms when a sink is emptied; it rotates in the same direction as the cyclones. 7 Many seeds, like those of sunflower, are arranged in a spiral. Others have a form that makes them spiral downwards. 8 The shape of the shell of many shells, whether they are marine or not, is a perfect spiral. 9 DNA, which defines much of the human body, has a spiral structure. Some visionary naturalists such as Theodor Schwenk and Viktor Schauberger spent their lives studying the role of spirals in nature. 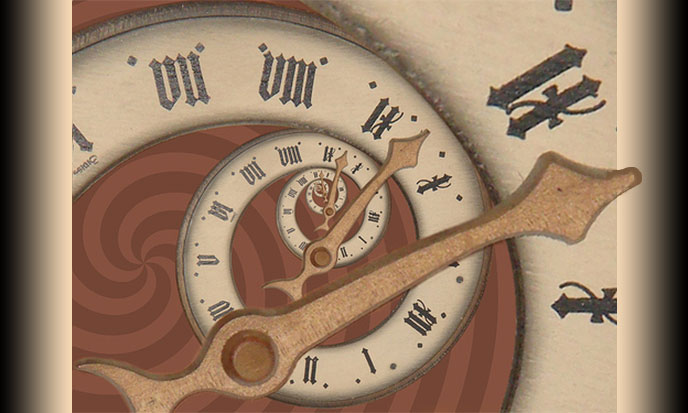 They are everywhere and, it seems, indispensable. However, as we have seen, all these spirals have not been formed instantly. It takes time to develop a galaxy, time to form a cyclone, time to shape a shell.

Time, and time alone, transforms into a spiral the elliptical revolution of a planet around its star. As the star itself follows its own motion, the planetary ellipse turns into a spiral. Or rather, into a helix.

The helix is a special spiral which maintains the same radius at each turn. Thus, the DNA chain is a helix. A double helix, to be precise. Exactly as the staircase of Chambord castle, a double helix staircase with handrails and balusters carved in the beautiful tufa of the Loire. To climb its royal steps is a feast for the eyes as for the mind. Classy for everyone…

Long live the French Revolutionspiral too! Pity the peoples of the monarchies which are still subjugated…

The physicist Fibonacci made a discovery with even more astonishing consequences: a regular spiral, probably the most common in nature, allows you to draw the famous golden rectangle, which is why it is called the golden spiral or Fibonacci spiral. In fact, this spiral reproduces the numbers of the Fibonacci sequence, which determines the famous golden proportion, so much used in nature but also in the antique or classical architecture.

And by faithfully reproducing the Fibonacci sequence,
the golden spiral describes a particular rhythm.

This rythm is the shape of time

Gregg Braden deduces an interesting method to calculate the duration of the different cycles that constitute our world.

“There are cycles in everything. There are some in the weather, the economy, the sun, war, geological formations, the atomic vibrations, climate, human moods, the movement of the planets, populations of animals, the onset of disease, commodity prices and stock market shares, as well as in the entire universe.” (source)Gregg Braden, Walking Between Worlds

Valid only in our universe based on time. In an eternal universe, ie instantaneous, the spiral has no more reason to be. Cycles follow the rhythm of time. They are therefore calibrated on the Fibonacci sequence, they have the profile of the golden spiral. This is a grid of rhythm that can accurately describe what will happen in the future. If the method is attractive for the spirit in its mathematical rigor, its implementation leaves a lot to be desired. How to know to what moment of the time we can put the first number of the Fibonacci sequence? How to know when the cycle starts? 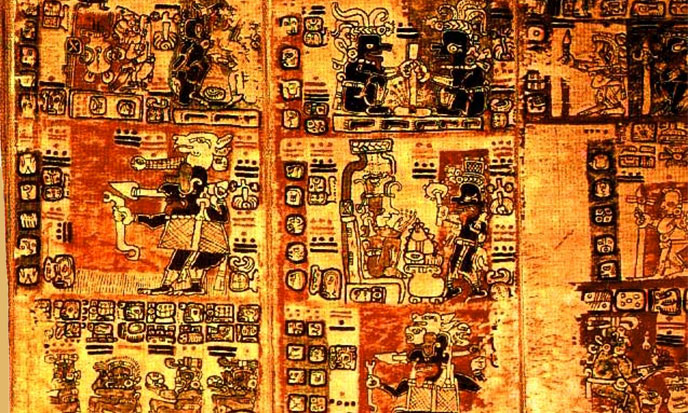 Braden proposes to apply the golden spiral sequence to the Mayan codex. The problem is that to predict what will happen in 2012, we need to know what happened at to the previous cycle. Thereupon, our proto-historians are at a complete loss. Braden bases his demonstration on these very questionable bases, and indeed much discussed by the new history and new archeology. Based on just hot air, his pyramid will not resist much the ravages of time. Pity.

The method is interesting: it points to the close link that unites today the exact sciences and tradition. But its application is risky.

By building on sand, you can not expect anything good. It would be necessary to review first from top to bottom the protohistoric chronology and the events of the pre-antiquity, what Braden has not had the lucidity to do.

And especially the guy has to be handled with care: U.S. up to caricature, he struts around in the tabloids and he shows off on the television sets. Worst of all: Braden makes the guru to outdo.

The movement he founded is deemed sectarian. The vanity of gurus puts away from them the true researchers. A master has an existence only through his disciples, who give him theirs.

Do not look for followers. You will have only zeros. (Friedrich Nietzsche)