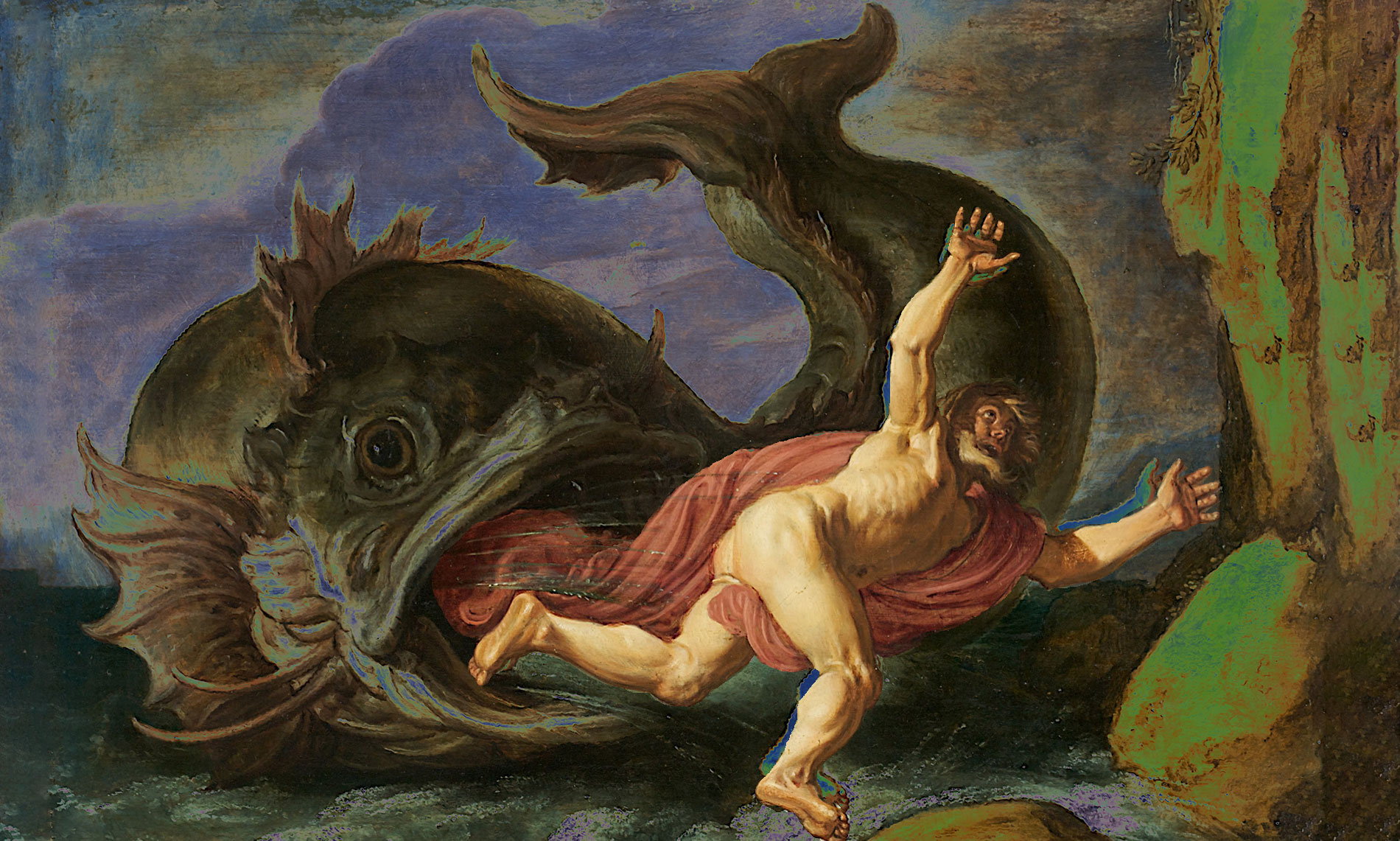 Among the wonderful stories that abound in the Bible as in all ancient holy books, the story of Jonah contains a great secret. Follow me step by step, I take you to visit the cellars full of surprises of the Hebrew mythology.

First of all, here is the story that the Bible tells us: “The LORD brought a great fish to swallow Jonah, and Jonah was in the belly of the fish three days and three nights, Jonah in the belly of the fish, prayed to the LORD his God, and said, In my distress I have called on the LORD, and he has answered me: from the midst of Hades I have cried, and you have heard my voice. have thrown me into the abyss, into the heart of the sea, and the streams of water have surrounded me, all your waves and all your waves have passed over me, I said: I am driven away from your eyes! I will see your holy temple again.

The waters covered me to the point of taking away my life, the abyss enveloped me, the reeds surrounded my head. I descended to the roots of the mountains, the bars of the earth shut me up forever; but you brought me alive from the pit, O LORD, my God! When my soul was slain within me, I remembered the Lord, and my prayer reached you in your holy temple. Those who cling to vain idols remove mercy from them. For me, I will offer you sacrifices with a cry of thanksgiving, I will fulfill the vows that I have made: the salvation comes from the Lord. The LORD spoke to the fish, and the fish vomited Jonah on the earth.” (source)

Total nonsense. How can one swallow such a fable? A guy eaten by a fish! No, sorry: by a whale! The big mammal ate him with one bite, without chewing, yet her mom forbade it, since it gives gas. No kidding, could you believe it? I guess no. Then a question arises: why did this naive improbable story go through so many centuries? Why did the Bible, and the Koran, and the Hebrew corpus reproduce such a crap? Why didn’t it fade away? Why didn’t it fall into oblivion like other hogwarts?

“I have seen the dead man come alive from the grave.
All so the Prophet appast of the whale,
It was deadly death, full of strength and breath,
After three days go over the edge of the water.” Marin Le Saulx (source)

The parallel Jonah – Jesus has not ceased for centuries, meanwhile it was enriched and developped, I bet that some Catholic sermons come back again. Very few people admit those craps. That’s why French churches are empty. The horrible whale and its harmless gastric juices ended up spitting Jonah safe and sound as the earth of the tomb spewed Jesus alive and well. Death did not want them. No graduate.

“He’s Divine Jonah who for his companions
Was thrown into the sea to a fish
And was closed three days in the horrible sweep,
And throw on the edge of the next city,
In order to convert the inhabitants of the place,
Calming the vengeance and the wrath of God.
And who was there to whom the cruel death
Has kindly left the deadly cedula,whale
And whoever swallows up deep in the tomb,
Overcame the strength in this new country?
It was our Savior.” Gabrielle de Coignard (source) 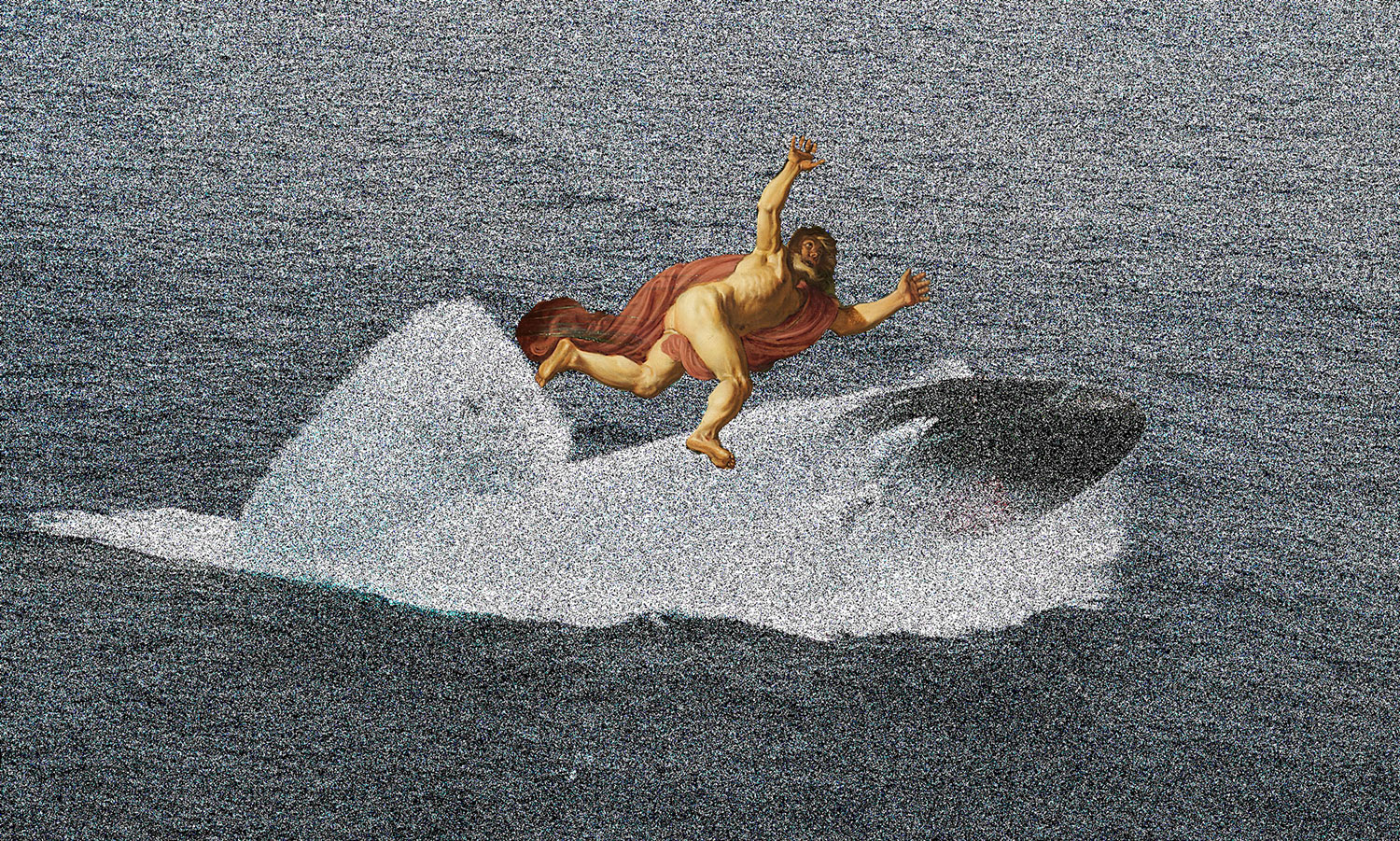 Of course I can not be satisfied with this. You, too, I am sure of it. Let’s go back to the fundamentals. My method of investigation of the past is to study concordant myths. If several mythological stories tell the same story, if they are geographically distant, it is unlikely that the stories were peddled from one country to another: I see signs of veracity of the myth in question. If moreover many traditions evoke the same facts, I tend to hold them as true. I assume that time is sorting out. It erases fancies and hogwarts, but preserves stories that can educate future humanity.

This story is part of it. There were many Jonas in Asia, Africa, the Middle East, and even America. One question: why? The answer is obvious and has nothing to do with the three days in Hades and the miraculous resurrection. The fish, or the whale, was not animal, but mechanical. Powered by the famous Atlantean engine. It was, of course, a submarine. Quite simply.

The Hindu texts – Vedas, Ramayana, Mahabharata – evoke ships capable of going under the sea. The glyphs of Abydos show us a magnificent, perfectly identifiable. Here again, the bad faith of the Egyptologists opposes an end of non-receipt. They make us the blow of the palimpsest. Which would make you laugh if it was inconsequential. A little common sense ! Nothing is ever new under the sun. Whatever the invention, it is a rediscovery: an earlier civilization has already thought about it. A little humility …

All at once, everything becomes clear. Yahveh’s submarine! God had to worship this convenient, fast, unobtrusive and spectacular way of transport to establish his ascendancy over the moronic humans. Wrathful chorus of the pastists: archeos, anthropos and prehistos will sing us “no, no, there was no civilization developed in the past, because otherwise, we would have traces …” But there are some ! The dirigible whale, clear cetacean as a trace! And the indigestible Jonah, what does it tell you? You tire me, gentlemen of the past, you know nothing about it and worse, you are proud of it. 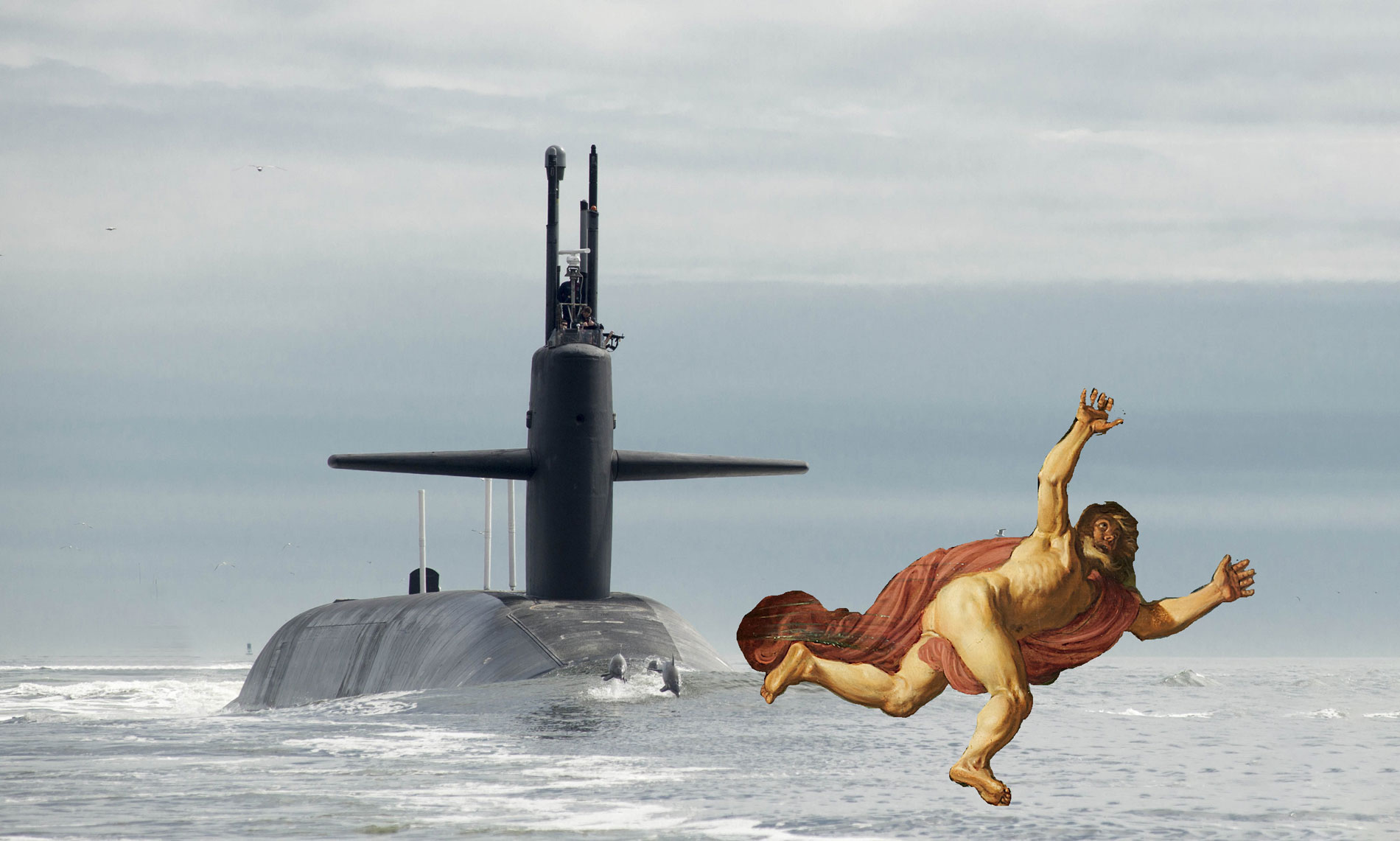 A reader reacted to this article. For her, what counts in the myth of Jonah is the reference to the Pisces astrological era. I remind you that the current era is Pisces, so it would be the era before, ie twenty-five millennia ago. Not so fresh. Agreed anyway. Except that the problem is to be taken in reverse.

This protohistoric period was called the Pisces era by our distant ancestors because they observed many submarines, which they named fish spitting living men, and even fishmen, ie divers. Many traditions refer to fish-gods. Ummo, Oannes and Vishnu are part of them. The Inca god Viracocha came out of Lake Titicaca, while the Aztec god Quetzalcoatl arrived by the Atlantic Ocean on a raft of snakes. Yes, I believe there was a time when humankind discovers submarines.

Astronomers have observed under what constellation the earth was then, and they named this constellation: Pisces. The name of the constellations describes what happens on earth during each era. Constellations were once a way of dating, nothing less, nothing more. Which is why the name rarely fit the shape.