I read, I listen, I watch, I am constantly learning. And I look forward to every discovery. The other day I’ve heard this: “The phoenix is a magnificent bird that burns and rises from its ashes“. This innocuous sentence lighted a flash. The phoenix is not what we think. No way.

I admit, it’s a beautiful, wonderful, amazing bird and so on, but this is not the description of any living creature. The phoenix is something else. Its reality is becoming so obvious that I am very surprised not to have thought of it sooner.

All the wonderful tales that rocked my childhood have been forever etched in my memory. They came from far away, I always knew it. I ruminated for years, until their door opens. So I went in there. I was 6 years old, 8 years old, 12 years old, flirting with flowers, stripping daisies, running in meadows without ticks, along mosquito-free ponds. Everything was less hostile in those times. It was before the reign of selfishness, before the diktat of almighty money.

I lived like an ageless smurf. Blue from head to toe, azure under the Phrygian cap that it seems I was wearing.

I lived like an ageless smurf. Blue from the feet to the head, azure under the Phrygian cap that fits me allright. The cap of Mithras, when he was no longer there, became the miter of the bishops to perpetuate his memory.

Miter, Mithras. More and more warped, distorted, denatured as they move away from the source, religions pile up on one another as their temples pile up on the high places. There is much more truth, sincerity and elevation in animism than in the Bible, Torah and Quran all together.

The Thousand And One Nights have been white for me too, feverish reader of 12, dreaming before these tales with disturbing accents. Happiness, friend Sheherazade, so beautiful and so treacherous! Happiness wasn’t a warm gun until you point yours at me … And the huge bird Roch, holding between its claws pieces of mountains to crush all the janizaries of the vizier. The firebird lights me. Suddenly, I burn, yes I burn, I’m just burning of love for you. The legend is fickle, which flies away with me.

“The Phoenix, or phoenix, of the ancient Greek φοῖνιξ / phoînix,” purple red “, is a legendary bird, endowed with great longevity and characterized by its power to be reborn after being consumed in the flames. the cycles of death, resurrection and nobility. Fabulous phoenix-like birds can be found in Persian mythology as Simurgh or Rock, Chinese as Fenghuang, Native American with Thunderbird or Aboriginal in Australia with Bird Minka.

It is a fabulous bird, native to Arabia, and attached to the cult of the Sun, in ancient Egypt, where he was revered. According to classical Greek and Latin authors, the phoenix was a kind of eagle; his plumage was splendid and appears in brilliant colors. Caius Julius Solinus, for example, tells us about his appearance in his Polyhistor.”  (source) 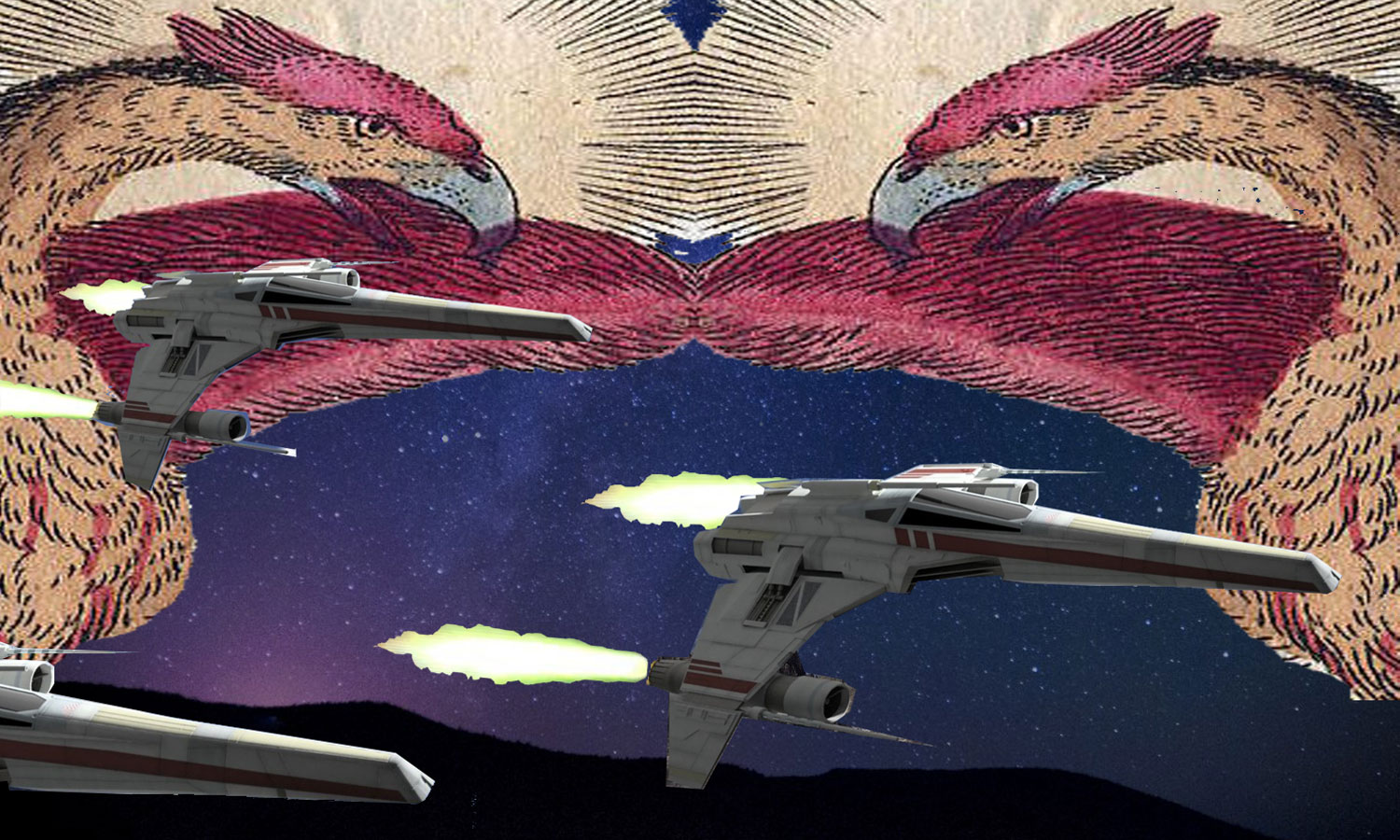 Why did this legendary bird, quite incredible, even grotesque, struck us all so much when we read its story? Easy to guess. We liked it because we knew it well. Friend or foe, this flying predator has been haunting our dreams and nightmares many eons ago. The collective memory of humanity has enabled us to recognize it.

Thus the phoenix lives for a long time, longer than a human, even longer than a generation. It is related to the cult of the sun. What is the Sun? I have already shown it often, especially in the expression Sons of the Sun. The smart guys already understand. It is not about the solar star, our star, but an artificial body, inhabited by the former gods, also called the ancient astronauts.

For me, the case is clear. Whether called Phoenix, Simorgh or Rock, this bird is a flying machine. Like the Kerubim, who are called cherubs and who have nothing of spanked winged babies, but all of devices of destruction and death.

The fire that comes out of its reactors gives the impression that it ignites, that the fire consumes it without killing it however. On the contrary, after lighting his reactors, he takes off and flies in the blue. The fire did not destroy it, it gave him life. Thus the Phoenix can live again and again, indefinitely in fact, even if from time to time he is forced to die to relive. The legend has returned his jacket. I just love it !

“The Simorgh (Persian سيمرغ), Simurgh or Sênmurw in Middle Persian (Pahlavi), also known as Sîna-Mrû (Pâzand), is a fabulous bird of Persian mythology. it could carry a camel or an elephant, the mythical bird Simorgh shows great animosity towards snakes, its natural habitat is a place where water is abundant, and in an ancient Iranian story it is said that the Simorgh lives 1700 years before plunging himself into the flames, and in other later narratives he is said to be immortal and has a nest in the tree of knowledge.” (source)

The phoenix is ​​large. Many people can board. An elephant can even embark in its bunkers. It is hard to imagine a real bird capable of such a feat. For me, the story of the elephant is not a detail, but the confirmation that it is indeed kind of a plane or space shuttle.

In summary, the phoenix is eternal, it cannot die, it is big and strong enough to carry men or an elephant in the air, it bombs its enemies, and instead of dying like everyone else, it catches fire and is reborn from its ashes. This story is known throughout Asia. The legend exists, with variations, in many countries. The phoenix changes location, name, style, but its main characteristics remain.

We also learn that Simorgh does not like snakes. Detail which has its importance, and which informs us on the origin of the tale. There were at least two antagonistic camps among the astronaut gods: the humanoids “in our image” and the Reptilians. Sometimes they got along with each other, sometimes they made war on each other.

A widespread atomic conflict has probably ended the last period of occupation of the land by these invaders, who are also our owners, whether we like it or not. This flying machine belongs to the other camp of the former gods, the camp of the enemies of the Reptilians. 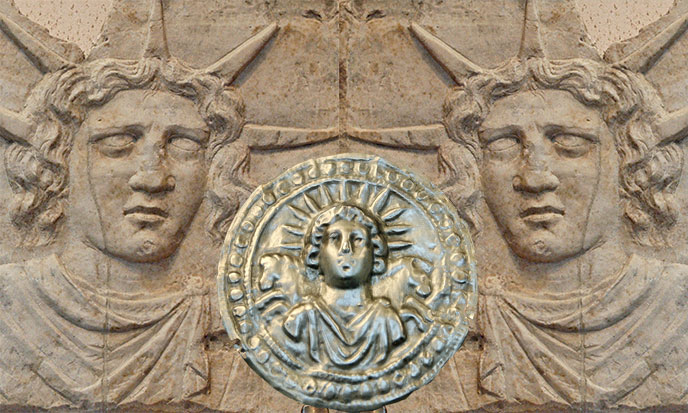 We can see how legend transgressed facts that today seem simple to us, but which, for our primitive ancestors and without aerospace notions, were incomprehensible. This is true of all the legends, the Bible, the Popol Vuh, the various Books of the Dead, and the innumerable Vedic or other sacred texts of ancient India. Those who wrote them were not direct witnesses. They did not understand what they had not seen.

“According to the Iranian legend, it is said that this bird is so old that it has already seen the destruction of the world three times. In all this time, the Simorgh has learned so much that we think he has the knowledge of all ages. The Sassanid Persians believed that the Simorgh would bring fertility to the earth and seal the union of the earth and the sky. He nested in the Tree of Life, Gaokerena, and lived in the land of the sacred plant Haoma, whose seeds could cure all evil. In later Iranian beliefs, the Simorgh became a symbol of divinity.” (source)

This extraordinary longevity of the phoenix refers to the monstrous wars between the different races of God. After every war more deadly than the last, while the corpses of a destroyed civilization strewed the ground among the ruins, the terrified human survivors saw returning in the sky a flying machine which spits fire. They deduced that this magical bird was immortal. In his way, he was. One can not easily get rid of the former gods, their weapons and their wars.

“When the Simorgh flew away, the leaves of the tree of knowledge trembled, causing the seeds of all plants to fall. These seeds spread throughout the world, taking root to become every species of plant that ever lived, and healing all the sufferings of humanity.” (source)

This is even clearer. This great seed-sowing bird, all the beneficial seeds that benefit humans, is a survival module, loaded to the brim with genetic material, which participates in the seeding of our good old earth. It is for me the confirmation that the terraformers have brought all that was necessary to transform our wild planet into a welcoming, liveable and beautiful land. I have detailed this point in another article, Noah’s Ark. 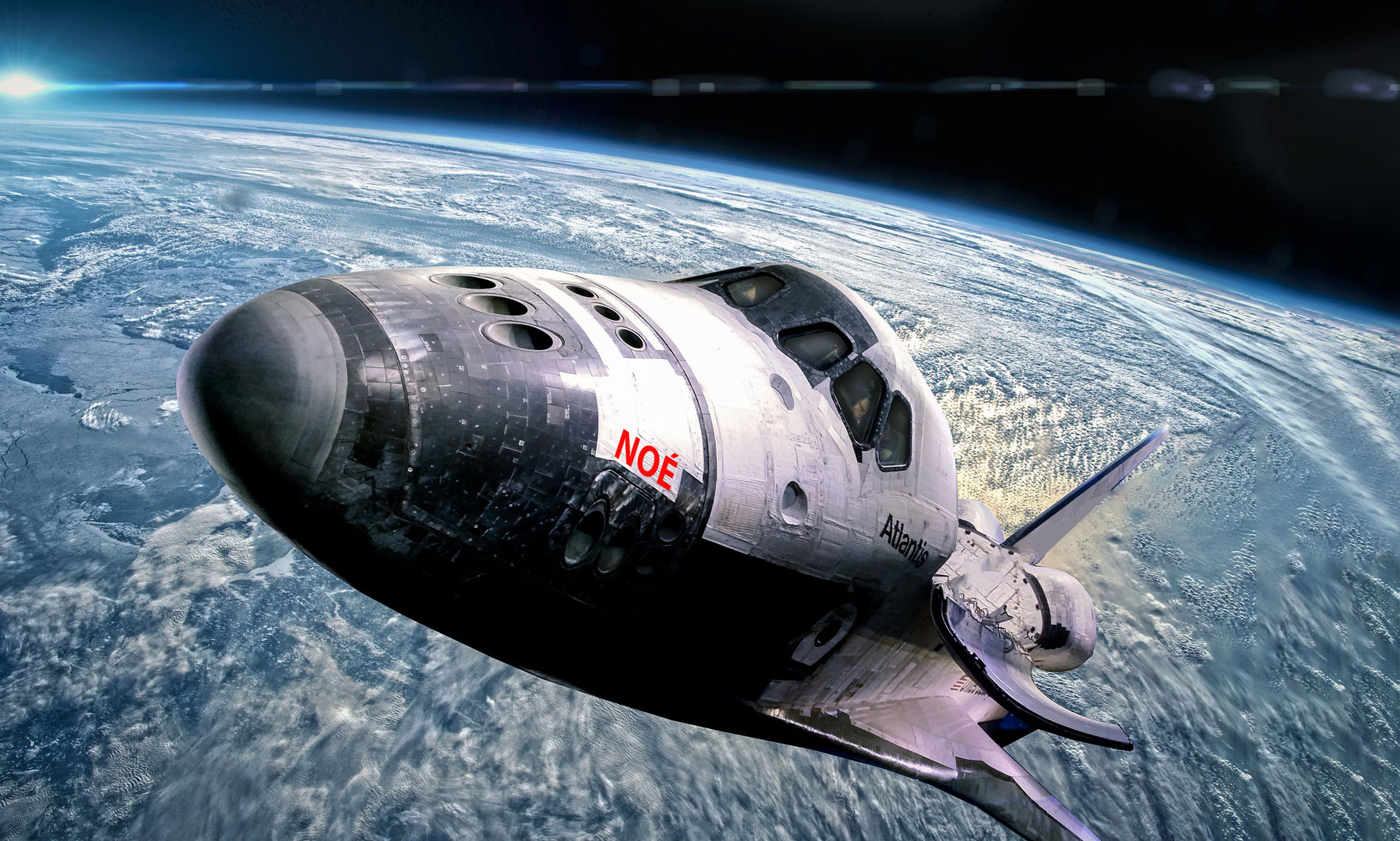 Hurry up, picnic on the grass, as one day the grass will picnic on you.