The greatest mystery of Jesus, it’s him. Did he really lived his sacred history in Judea? Was he born around the year 01? None of this appears certain. His very existence is seriously questioned by the ancient texts. “This Jesus seems to have made little or no impression on his contemporaries. No scholar of his time mentioned him in any known texts. The Gospels were not written at the time, nor by those who experienced him physically. The holy books were written after the establishment of the church, some during the 2nd century CE, or even later, according to the church’s needs.
Most researchers believe that the first book of the New Testament is the Letter to the Thessalonians, written perhaps in 51 CE by Paul, who never saw Jesus in person and therefore do not know the details of his life.”

So ? How and when was Jesus fable born? “The gospels are all priestly forgeries written more than a century after their pretended dates.” (Source)Joseph Wheless, “Counterfeiting in Christianity” Those who invented some of the “alternative” gospels and epistles have even admitted they had forged the documents. Counterfeiting in the first centuries of the existence of the church was obviously frantic, so common in fact that a new term was coined to describe: “Pious fraud”.

Such deception is frequently admitted to The Catholic Encyclopedia. Some of the “big” church fathers, such as Eusebius, were recognized by their own peers to be unbelievable liars who regularly wrote their own fictions of what “the Lord” had said and did during “his” room alleged on Earth.

“The Crusaders did not find Nazareth in 1090 and it was the Knights of the Cross, in the thirteenth. Century, founded the village of Nazareth”
As rightly pointed Édouard Dujardin, Pauline literature “makes no mention of Pilate, or the Romans, or Caiaphas, or the Sanhedrin, or Herod, or Judas, or” holy “women, nor none of the characters in the Gospel story of passion, and this one she never made the slightest allusion; ultimately, it does absolutely no mention of the “events” of passion, directly or by allusion.” (Source)Ancient History of the God Jesus, by Édouard Dujardin, p. 33.-
“From now on, we no longer know Jesus Christ as a man but as a sign, a principle.”(Source)II Corinthians V, 17

Only in the middle of the second century AD, exactly in the year 144, when the Christian Gnostic (Docetic) Marcion and his followers were driven from Rome that the Church (and especially that of Rome) condemns “those who denied that Jesus had come in the flesh.” (source)2nd Epistle of John I, 7
Until then, this thesis could be sustained had preached without opponent by Marcion, Basilides, Valentine etc … Not to mention that the authors of the Apocalypse, in the early second century CE, which still await the coming of Christ on the earth. It is only around the year 150 CE the Roman community stands Gnostic Christians (the Docetists: Marcionites, Valentinians Basilidians etc) and develops the myth of a crucified Jesus in the flesh, unknown myth until then (even the authors of the epistles attributed to Paul). It was at that time and the needs of the controversy, they wrote in the Gospels, the accounts of the earthly life of Jesus very different from “being purely celestial only known” before the year 150 CE. 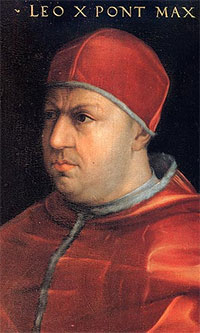 But sometimes doubt is expressed less moderately, as in the mouth of Cardinal Giovanni de Medici, shortly after his papal enthronement under the name of Leo X in 1520: “Time immemorial is known how this fable of Jesus Christ been beneficial to us and our loved ones.” [Quantum nobis nostrisque Others Christo fabula profuerit, satis est omnibus seculis notum.] The high Catholic hierarchy of the time did not believe in the story of Christ but uses the legend to convert the masses.  (Sources)www.bible.chez-alice.fr: “L’Encyclopédie des mythes et des secrets”, de Barbara Walker, p. 471, Jean Bâle, “L’art de ne croire en rien” éditions Rivages p142, Le mensonge chrétien (Jésus-Christ n’a pas existé) … Arthur Heulhard 1908, Histoire abrégée de l’Église de Jésus-Christ, principalement pendant les siècles du moyen age Émile Guers page 537
So why invent a Jesus who did not exist? Here is the story. After the enthronement of Christ Emperor Constantine at the Council of Nicaea, the events I have described have led the legates from Rome to set up a new idol for the orphan people.

Among those Roman legates assembled in Avignon for a last chance council, was a brilliant philosopher and great scholar, Thomas, native from Aquinas. It is Thomas who had the idea of a Jewish prophet.

It is also Thomas who proposed the name of Jesus who was about to be in vogue. Thus began the largest enterprise of falsification of our history, which has yet experienced many and tasty ones. And the early popes are therefore those of Avignon…

Initially, there were the Romanesque churches, innumerable, and the Gothic cathedrals built for an old worship to a forgotten emperor. There were lawless bandits who plundered the countryside. 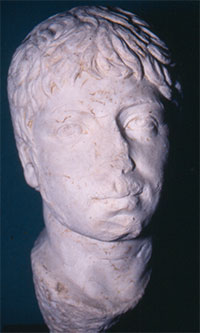 The solution, sublime in its simplicity, was the invention of sweet Jesus, the only one capable of filling the churches, and subduing the bandits. But before the great plague, there was this Christ-Emperor so much imbued with a sense of his own glory that he built thousands of magnificent temples, of efficiency and beauty that still move crowds.

Without Heliogabalus illuminated by lightning, would we have experienced a crank of the caliber of Constantine? It is doubtful. They are one as the other symbols of excess, of hubris that seizes Rome at that time.

If you feel the urge to pray the composite character who was called Jesus, rather than feeding another egregor, give him his real name: at Christmas pray the little Mithra, at Easter pray Enoch and at the Feast of Christ King pray then that good Constantine…

All the signs are there, you can read them. The church invented, yet Jewish by Jesus, and especially Roman by Paul, the true founder. But still, invent Jesus, what a nerve! Especially since everyone believed and still believe.

It is becoming easier because the enormous faith of all believers made an egregor, a group soul that responds to the name and qualities of Jesus as we imagine him. Know that by praying to Jesus, you invoke an egregor, a psychic entity, a demon… These entities called egregores are parasites that feed on our energy and / or our emotions.

But do not worry: most often, your prayer will be received and answered by your inner master, who is your immortal soul, an emanation of the Source.

Rome was in desperate straits, bewildered by the rapid disintegration of its empire, undermined by the terrible plague that killed two thirds of the European population, terrified by the rise of robberies and acts of barbarism, Rome chose the trick: the imposture was a pious lie.

Only the power of a centralized religion could keep to the empire enough power to prevent a terrible cultural, economic and social regression. 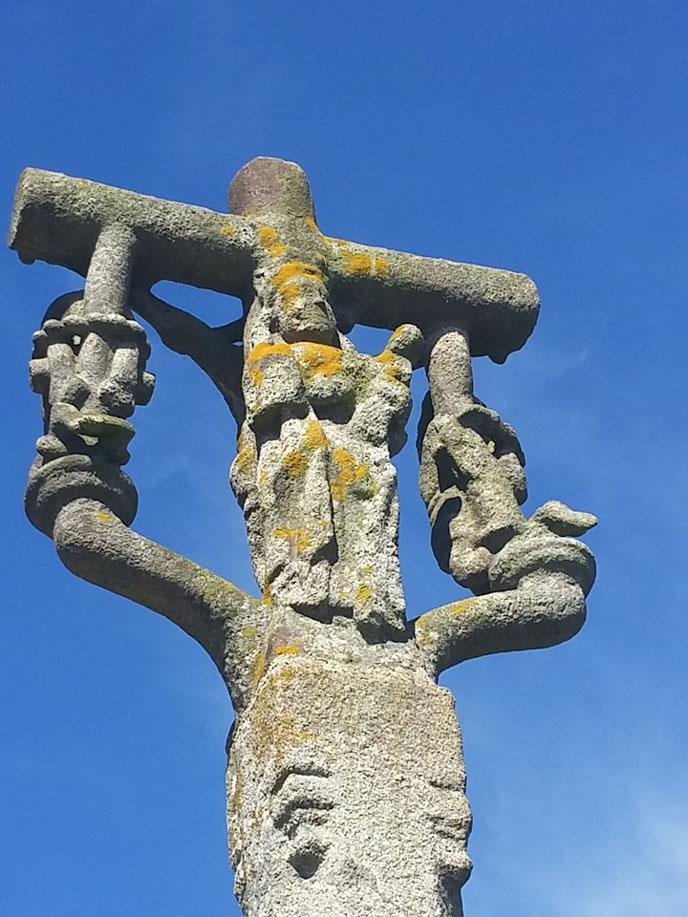 The church replaces the empire

The temporal power, is that the Church of Rome has never ceased to exercise over the centuries through its conflicts with the various kingdoms, empires and republics.

No doubt it was necessary that this new church goes astray, not because it is the daughter of the snake, but because it is one of the religions of the Kali Yuga, the dark age where all values are reversed.

The time of light had not come, it was necessary that the kingdom of darkness goes to completion. Thus are cycles. It was useful and necessary that the humans sink further into the depths of matter. So, that’s the height of a paradox, the gods of the three religions of the book are three usurpers who seek to make us believe they are the One. They also call themselves the Supreme, the infinitely Fair and Good, but their quarrels and jealousy show that they are not. There is no One God, there are so many of us! But there is a single Source for all the gods that we are. The Source is in you, it is your soul if you want. 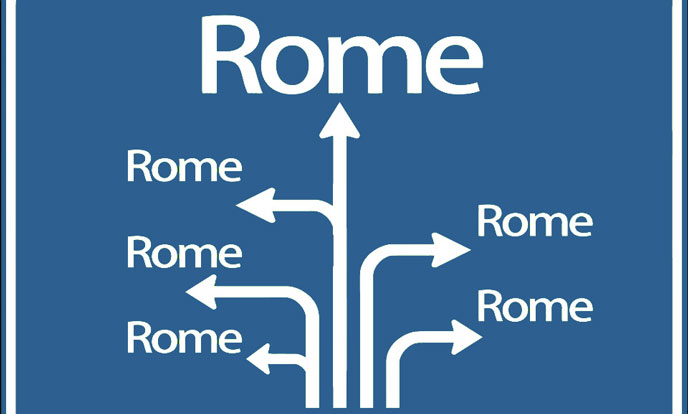 Go Your Own Way

When Jesus speaks of his Father, whom does he speak about exactly? The Serpent creator? The chief of the Archons?

He speaks of a being and not of a principle. He does not tell us the Source, but a creation of the Source. The demiurge, he knows him, because he meditated the Book of Enoch, his favorite book. (source)M. Baygent, The Riddle Jesus

Jesus knew what to expect on all this. But not us. At the time of Jesus, the kali yuga was only two thousand years of age, now it is twice more. Very little truth floats in a sea of errors.

What will be the fate of this poor church? The same as that of other religions, pure and simple disappearance. Fast and flawless. Turn the page, turn the head towards a path that will go out of the toilet, a nice trail without shit.

Cease to deny, to refuse, to close up. Let the children grow, let them find the divine way away from yokes, stings and monkey business … away from priests.