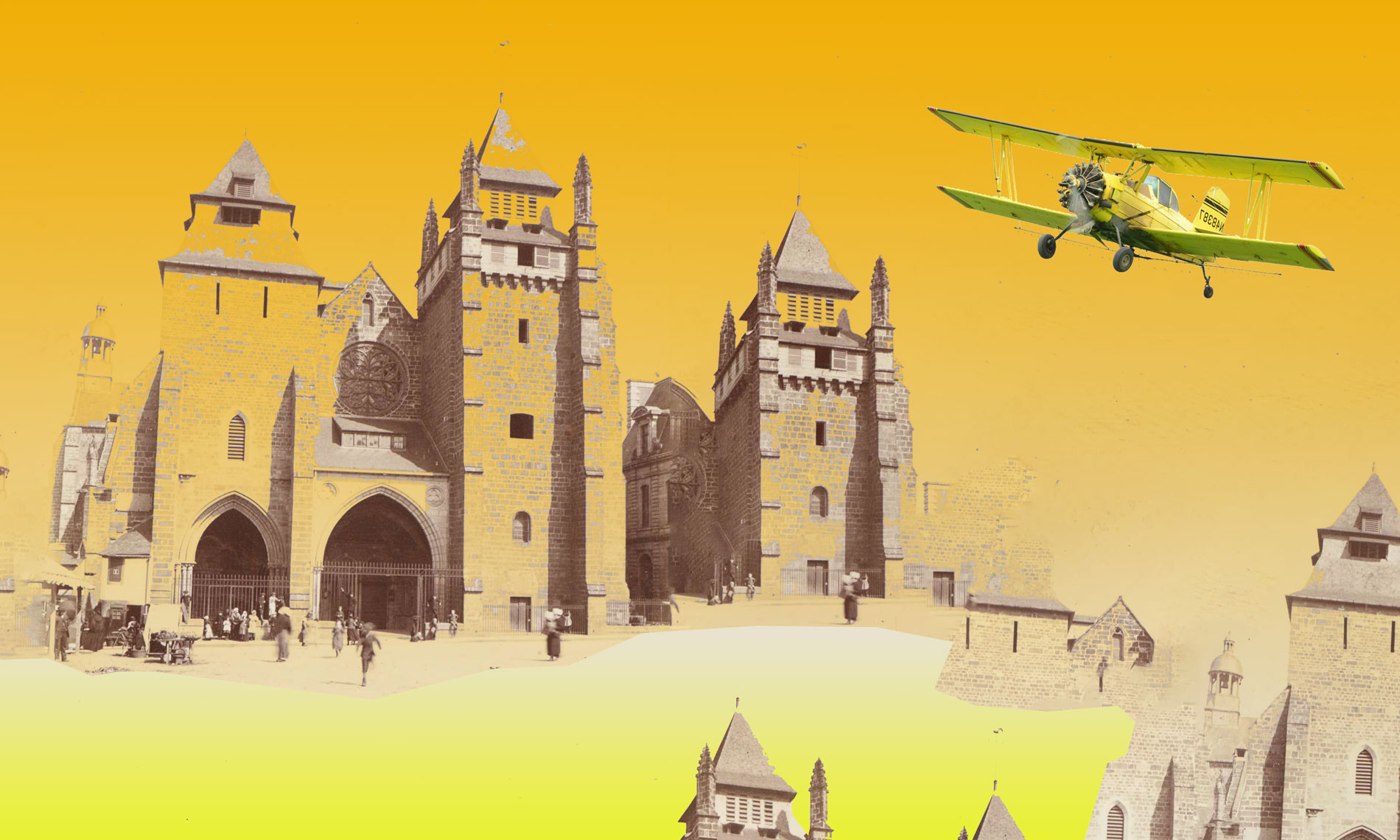 In 1992, in the field of Rochefort on Mayenne, Jean-Claude Flornoy diffused his original teaching. We were a few dozen to evolve around the big predator like so many remora. This guy was a childhood friend of mine, and yet nothing remained in him of the fragile kid I had known in a previous life.

I had before me a magnificent nagual. Standing motionless, steady pivot, he made the troop turn around him. Fascinated, I watched him do it. I gobbled his fluent words like so many delicious crumbs and for nothing in the world I would have taken off my plunger. It’s funny to find an old friend of yours who did not leave you with an unforgettable memory, and to realize that he has become what you dream of becoming yourself.

How did he go so fast? He often pressed me: “Put the words, Xavier. Explain to them how you feel.” I was so fucking unable to speak. Something was sticking in my throat making my mouth too dry to spit the slightest sound. I nodded a vague assent. Or finding helplessness. The words seemed to flow from his mouth like a long calm river.

“Our tradition is that of storytellers. We are the sons of the Wolf, you hear me, Xavier. We are not from the Boar Clan, we are not druids. We are from the Wolf Clan. We belong to the tradition of the enchanters. Yes, like Merlin! Sing us your goodbye, Xavier. You know that I like this song. “

And I was singing my version of the old Celtic song Auld Lang Syne:

Which gives, in my restored French version:

It’s a merry goodbye, Merlin,
It’s a jolly goodbye
Once you make a promise, Merlin,
I know we’ll meet again.

Sometimes, at full moon, he purred the engine of his Opel Monza, and cut the highway to Brocéliande, or further to the heart of Brittany which fascinated us both. Jean-Claude often confessed that he was scared of the spotlight. Play the show. Show off your head to the audience. My ass! I knew he was dying for it. “I can not decide, that’s it. Playing in the big leagues, no, I can not. Not yet.”

Bullshit! What else was he doing? In the summer, a hundred or so guys and gals gathered round just for him. They listen to him, they smell him, they stay in his aura as much as possible. And it squatted, it camped, it pioneered outside, in the beautiful, in the forest, on the banks of the river, in the bamboo plantation, in the ruins of the factory, the mill, the library, it was drunk, it hovering, singing, dancing, nicking everywhere, Jean-Claude let it go. But not at Blue Rock. Never. 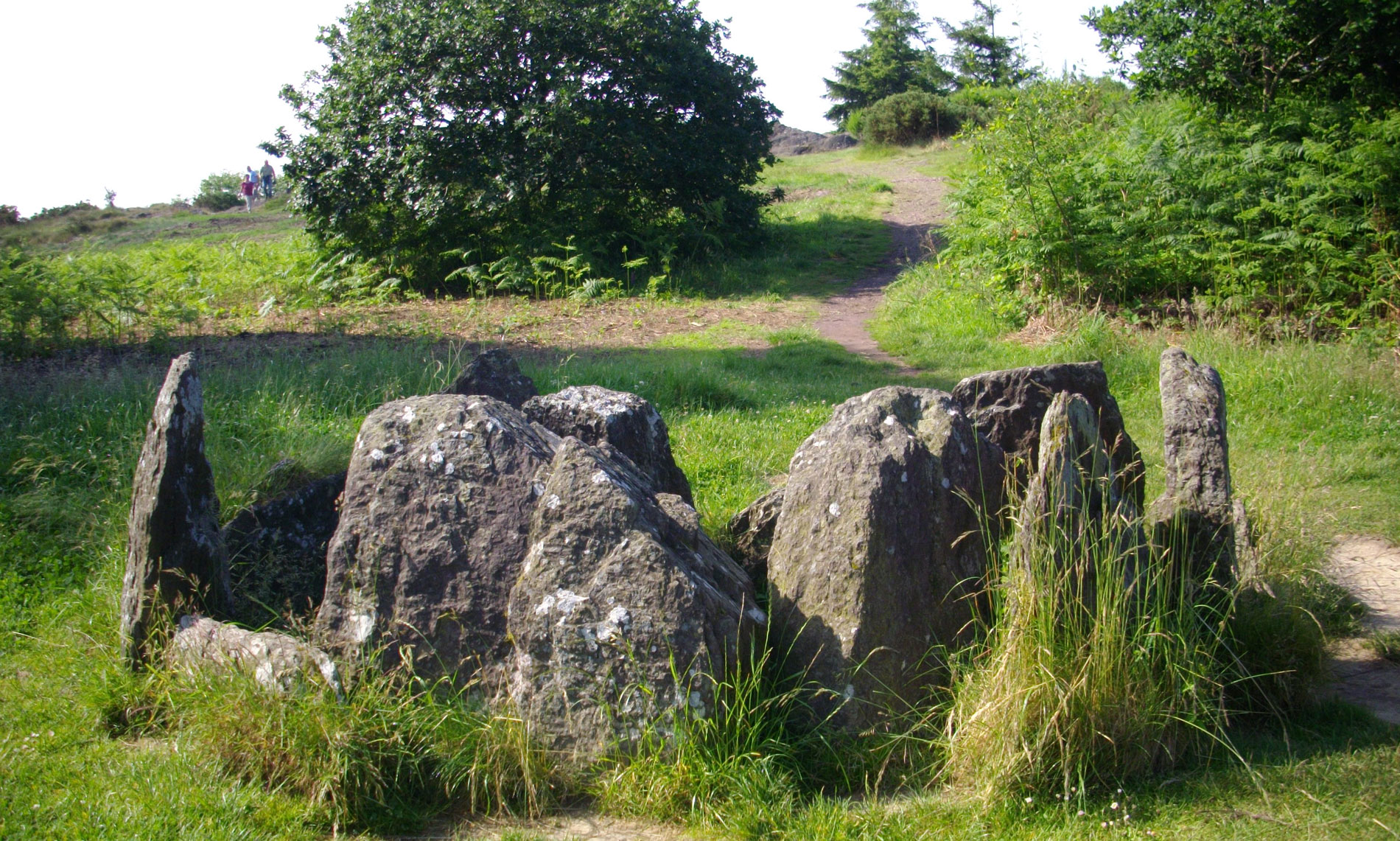 This time, after Brocéliande, we went to Saint-Brieuc and its fortified cathedral. He wanted to show me libera-me. I did not have a clue what it could be. He answered me with a question. “Did you enjoy Viviane’s Hostie?”

We just come from there. I did not think much about it. A few flat stones stuck in the ground to form a sort of tomb … “It’s not a tomb” “Hostie” means a guesthouse in old French … “Maison d’hôte, hôtié … do you get it?” Yes I do. It’s a nice bullshit. Nobody can live in there. Besides the smallness of the place, it vibrates too badly, a horror. I could not stay there for more than two seconds. “It was already too much,” laughs Jeff, “don’t you think?”

Jean-Claude Flornoy made me out quickly. Yeah, it sucks you. There is no other word. Any sensitive person would ran away. “No seer would enter it.”  A stone in my garden. A red signal came on in me when I was about to enter it. I did not take it into account, I’m an moron idiot. Of course I should not. Those two seconds were a mistake, he’s damn right. As usual. The shark laughs louder.

“You are a draftee, you make your own finding” he said in a good-natured manner, “your head understands nothing, but you still manage to get through, your body does.“

“All this to explain to you what we are dealing with Viviane’s Host was a libera-me.” What a joke. Tell me more. “The corpses were put there for three days. The negative vibration is so strong that nothing alive can resist it, the corpse do not rot, all vital activity is suspended for three days. Better than a fridge at the morgue.“ 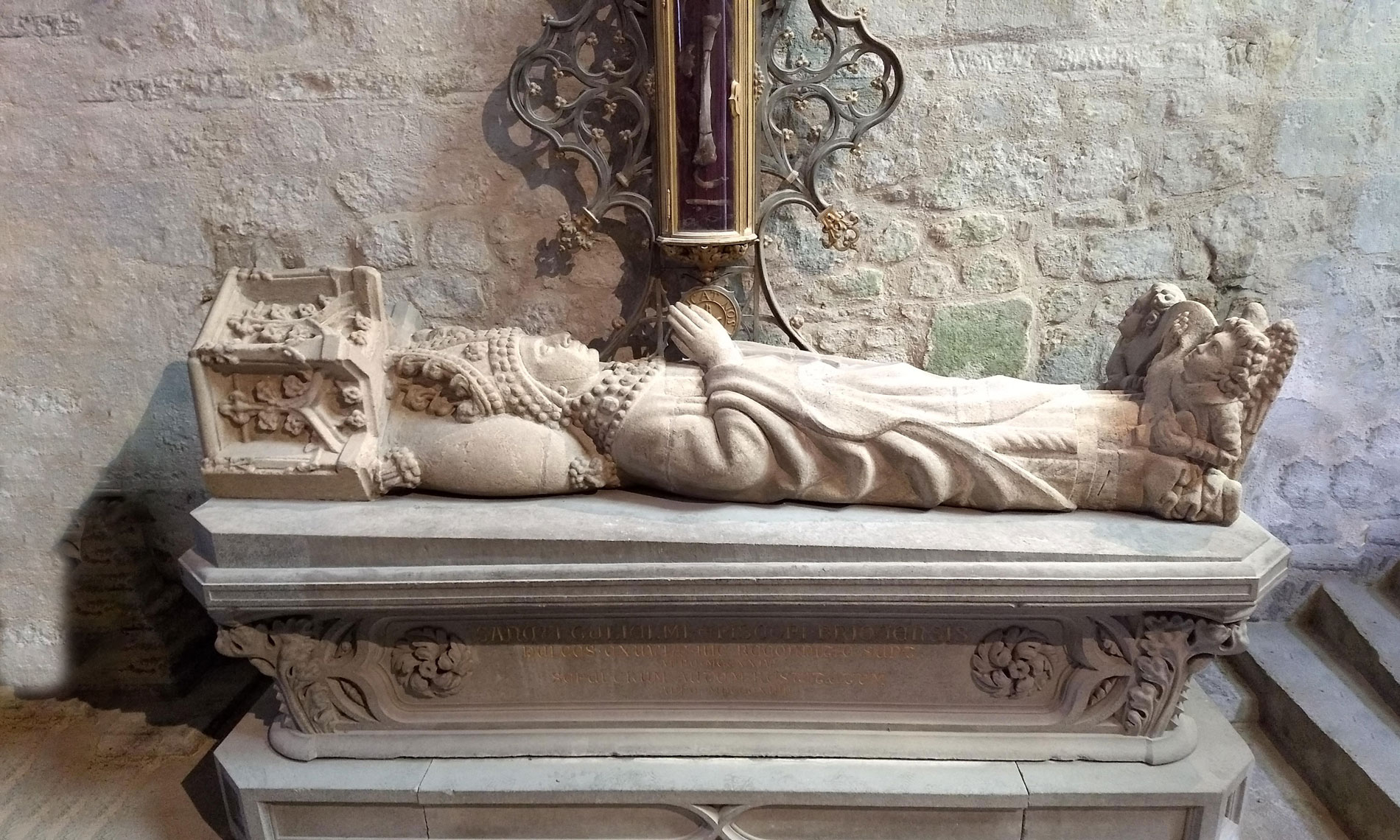 What’s the buzz ? The animal makes the show. He will reveal to me the hidden mystery when he decides it, not before. In the meantime, he is raising the pressure. He has no pity for me. And he will increase injustice ifever I complain. No need to press him, he will keep quiet. Laughing louder and longer. “It pisses you off when I laugh, uh? I’d like to cry when I want to laugh, like this nagual.in Castaneda’s The Power of Silence

Laughing at an apprentice is very delicious indeed. This is not mockery, but tenderness. We remember that we were like him, to ask ourselves the same useless questions, being too square, thinking too much, feeling too few. The problem is with the apprentice. When we laugh at him, even nicely, the apprentice put on a sad face. Sad as the feeling of self-importance. That’s what I want: crying instead of laughing, and if the apprentice becomes funnier, we cry more tears. Yes, I’d like to do that.” He died before he did.

Laugh or cry, it looks very similar. It makes the same muscles work. They say laughing to tears. A crying child has hiccups that sound like a laugh.

Here we arrive in Saint-Brieuc. He is parking his green water Monza. “An enriched grocer’s car, had dropped a witch from my circle. Dedain and contempt. Justice of good sense. Madness of the wise, wisdom of the fools, We entered the cathedral.“See! There are libera-me all around!” Jean-Claude is so excited, he’s looking for a place to pee – when in a powerful place he always does it.

Libera-me, here are some in the photos that follow. These are niches in the thickness of the wall, the size of a lying human body. These niches have a very low vibratory rate, like Viviane’s Hostie. Corpses were put there for 3 days. The extremely low vibration on the Bovis scale made putrefaction impossible. Any vegetable, animal or subtle life was prevented. The soul, by this radical means, was forced to tear itself away from this body, which had become unbearable. It continued its normal path to the being of light that awaits it at the end of the tunnel, and our here below was getting rid of a potential ghost. 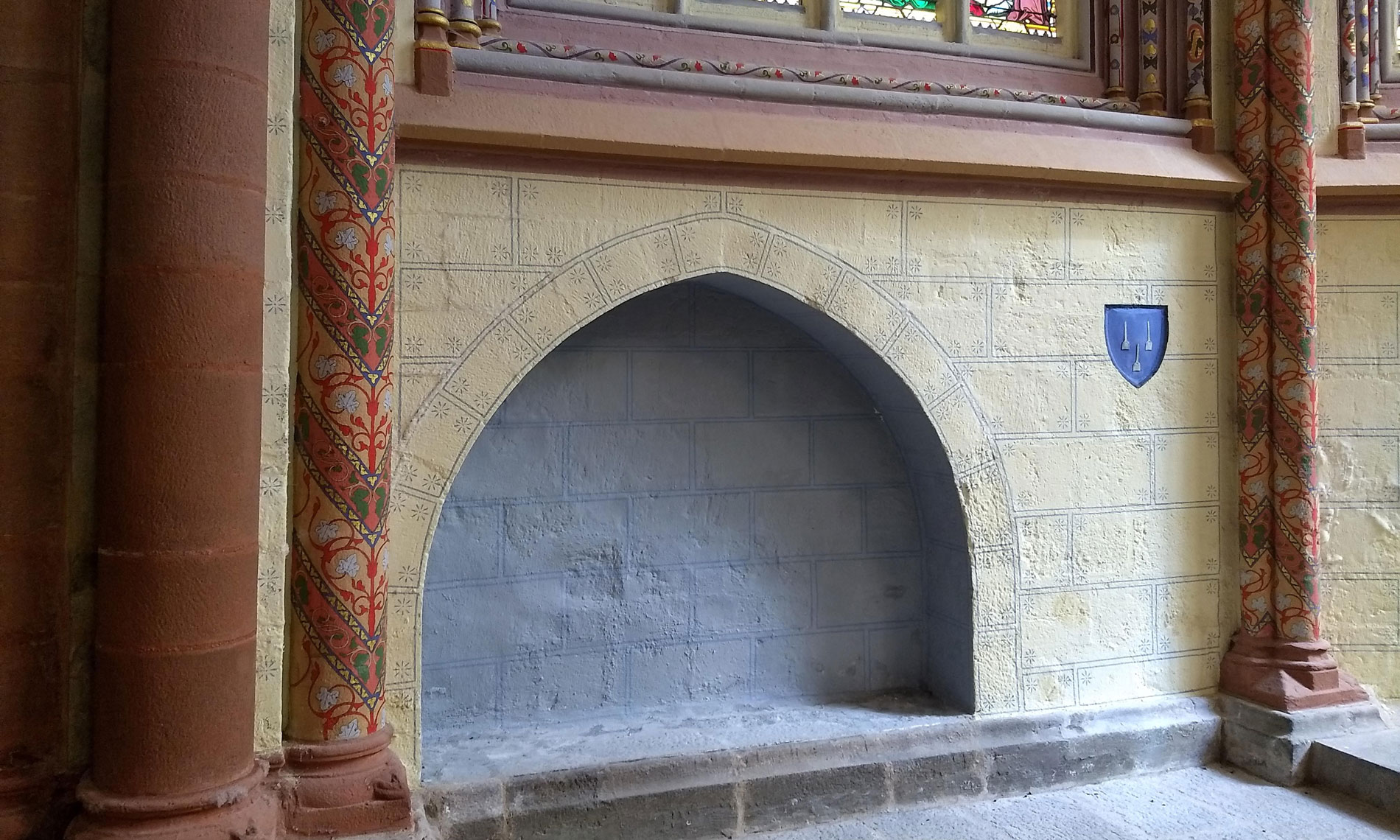 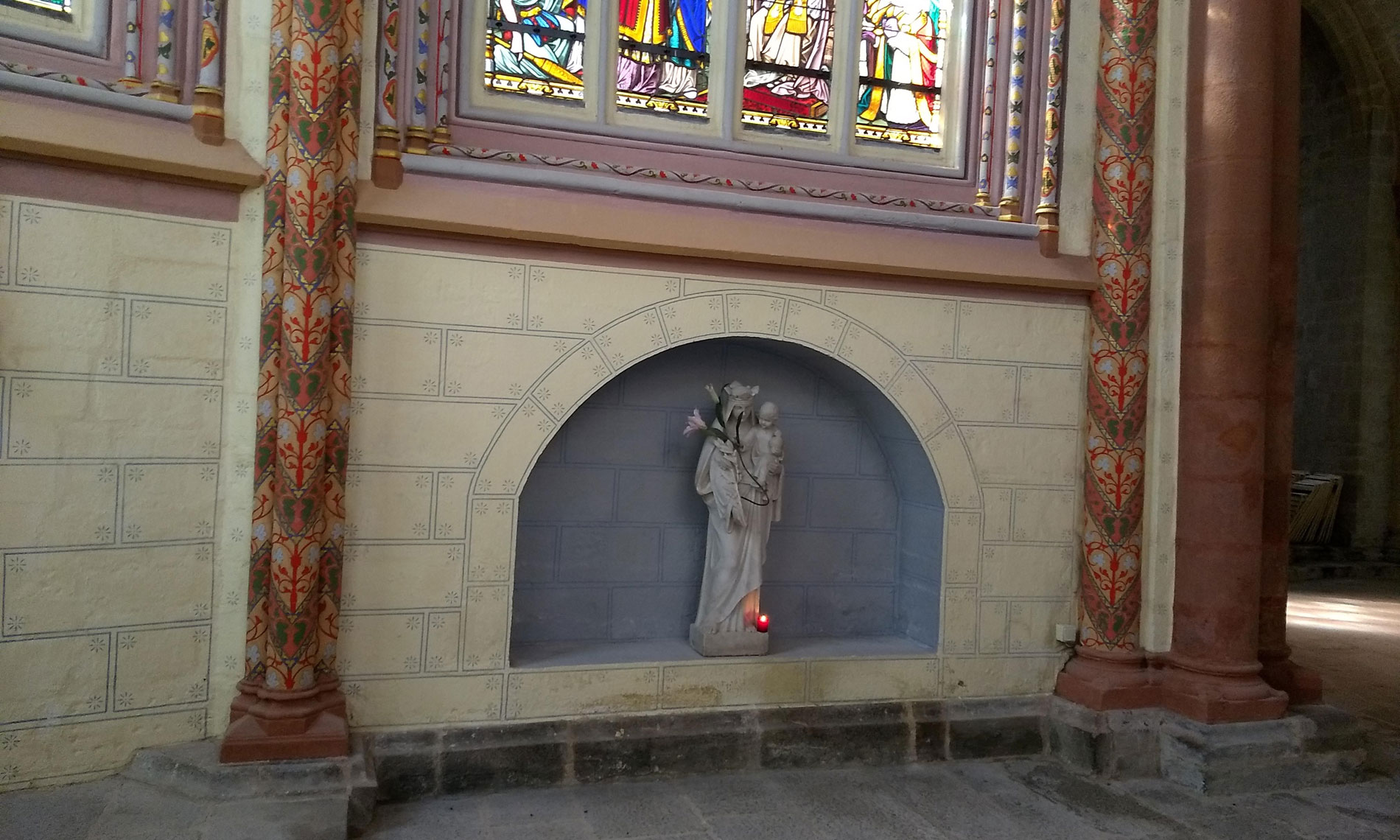 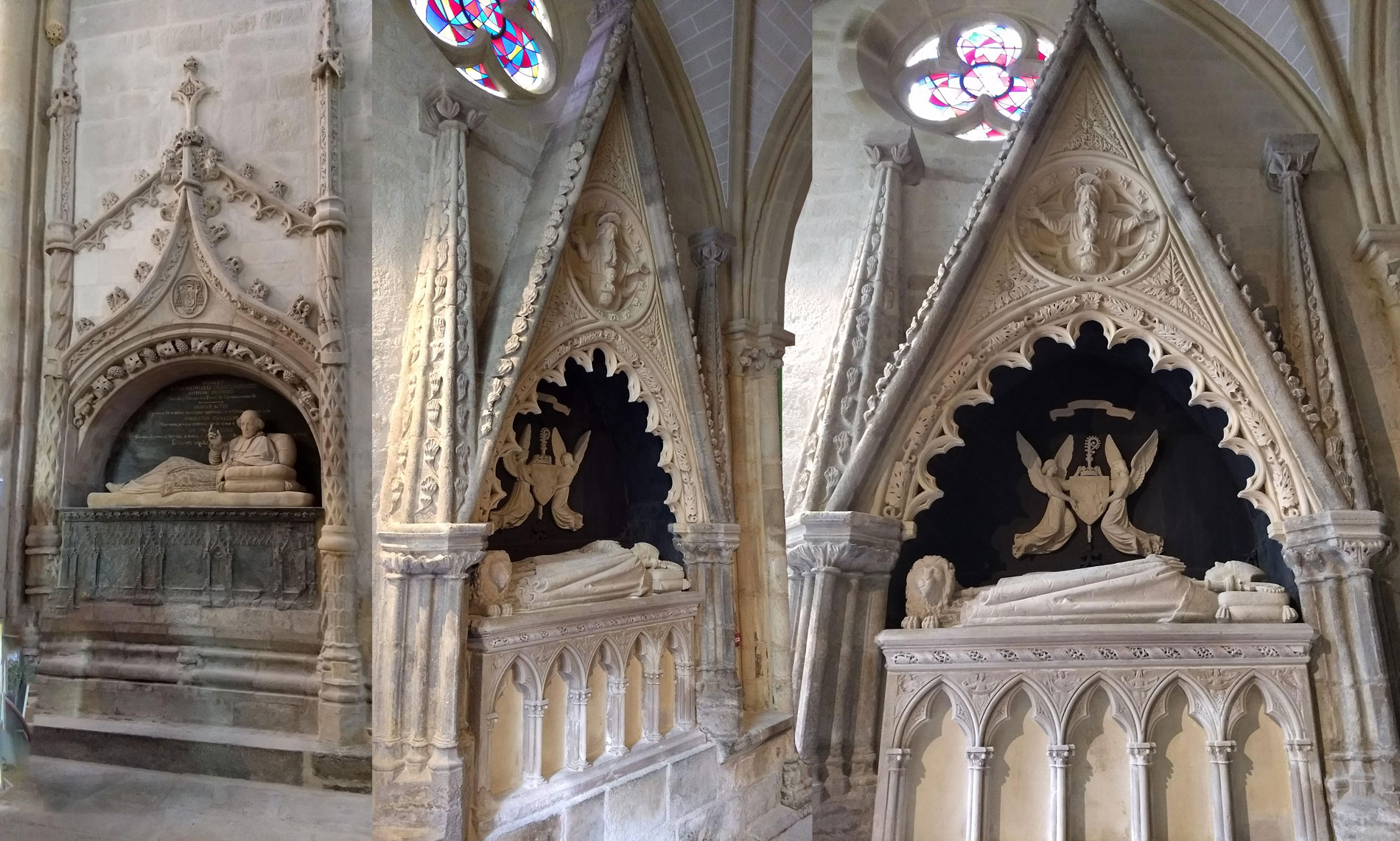 This is the deep, initiatory meaning of the libera me that adorns the walls of Gothic cathedrals. This is not the case in Romanesque churches for a very simple reason. Geobiologically, sacred construction has two contemporary and medieval know-how: Gothic art and Romanesque art. They are very different.

The masters of the 10th to 13th century in Europe possessed a valuable know-how for the sacred construction: the art of expurgating the nave of any geobiological miasma – such as the hartmann or curry networks, the double and triple networks, rifts, druidic wells, etc. They knew how to use their inner power while removing impurities.

These sacred builders took two very different ways, whether they belonged to the Romanesque tradition or to the Gothic art. The Roman builders hunted the negativity outside the church, which explains the presence around the holy place of a graveyard – a negative place – as the custom of parish enclosures in Brittany requires. It is not good to walk along the outside walls of a chapel or a Romanesque church! 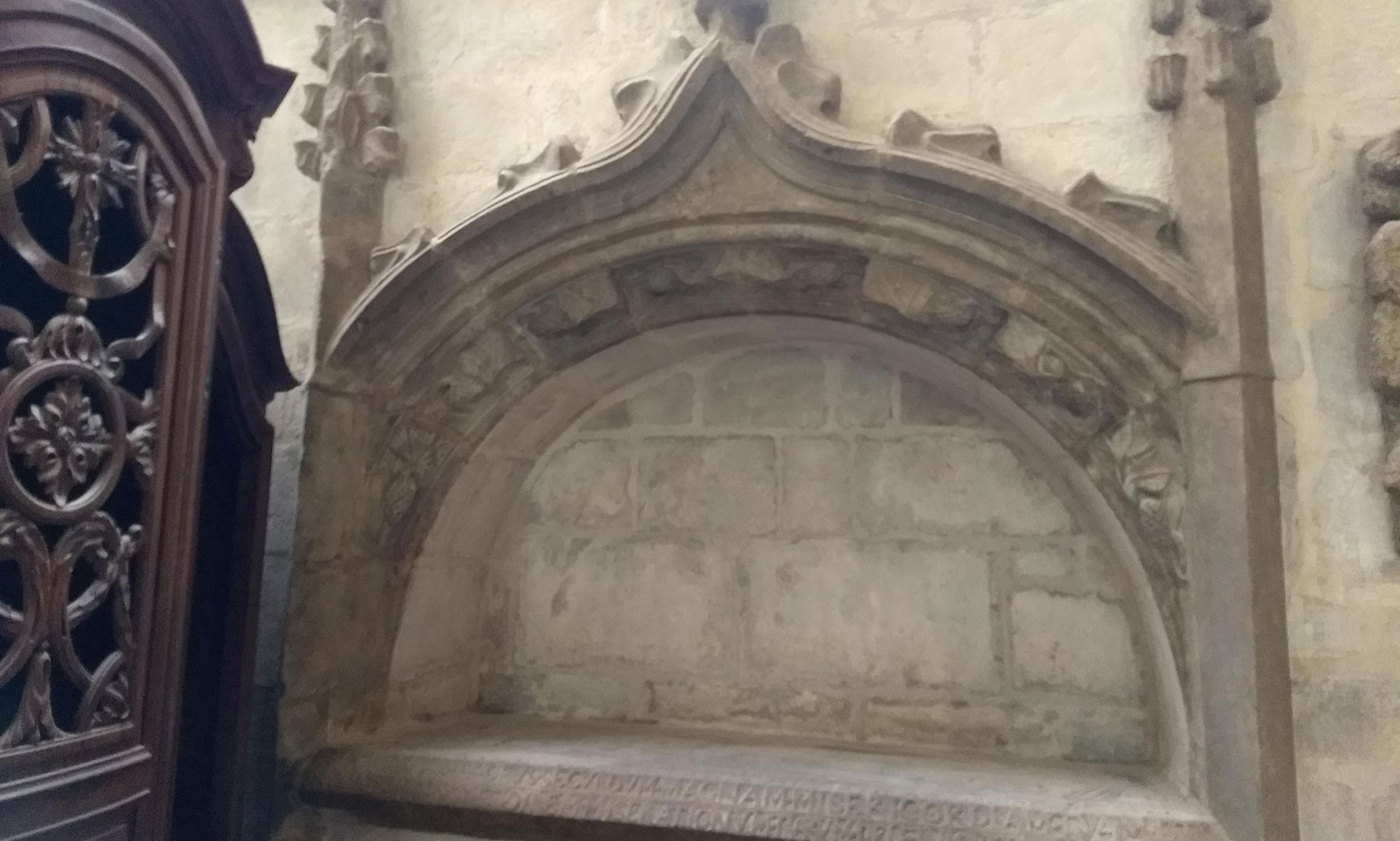 While the Gothic, by the grace of warheads and garlands of stone, crumbled the harmfulness and concentrated its debris in the thickness of the walls, which explains why the niches located in them concentrate a large amount of negative waves.

This is not the case for megalithic monuments such as Viviane’s Hote. The megalithic builders were content to spot a negative vibrating point. The seers noticed his green-negative aura. The libera-me as the Hotei were used for the same purpose: to separate by force the soul and the body. 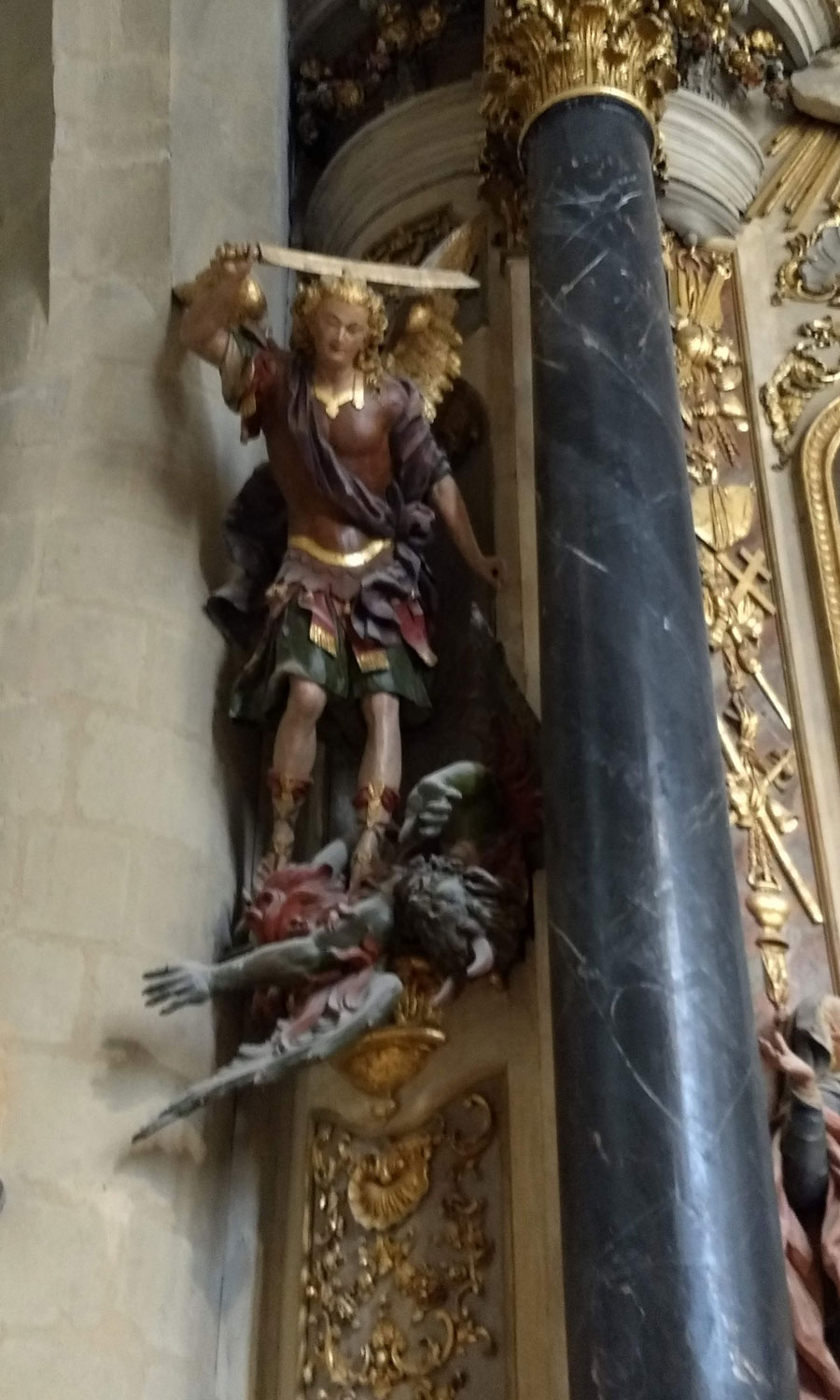 It was also the task of the mourners, who accentuated cries and cries of pain to make clear to the deceased’s mind that he was no longer of this world, and that he must leave him to continue on his way to the stars…

Libera-me, free me from my last obstruction. Attachment to the earth plane after the death of the body is nothing but a manifestation of the ego – even him, even after death! This invading ego that the archangel St Michel exterminates once, showing us the way to follow. This statue of Michel slaying the dragon gives us a precious key. It is prominently in the cathedral of Saint-Brieuc which I can not recommend too much the visit.

And while you’re there, Erquy is just a step away, so come see me!