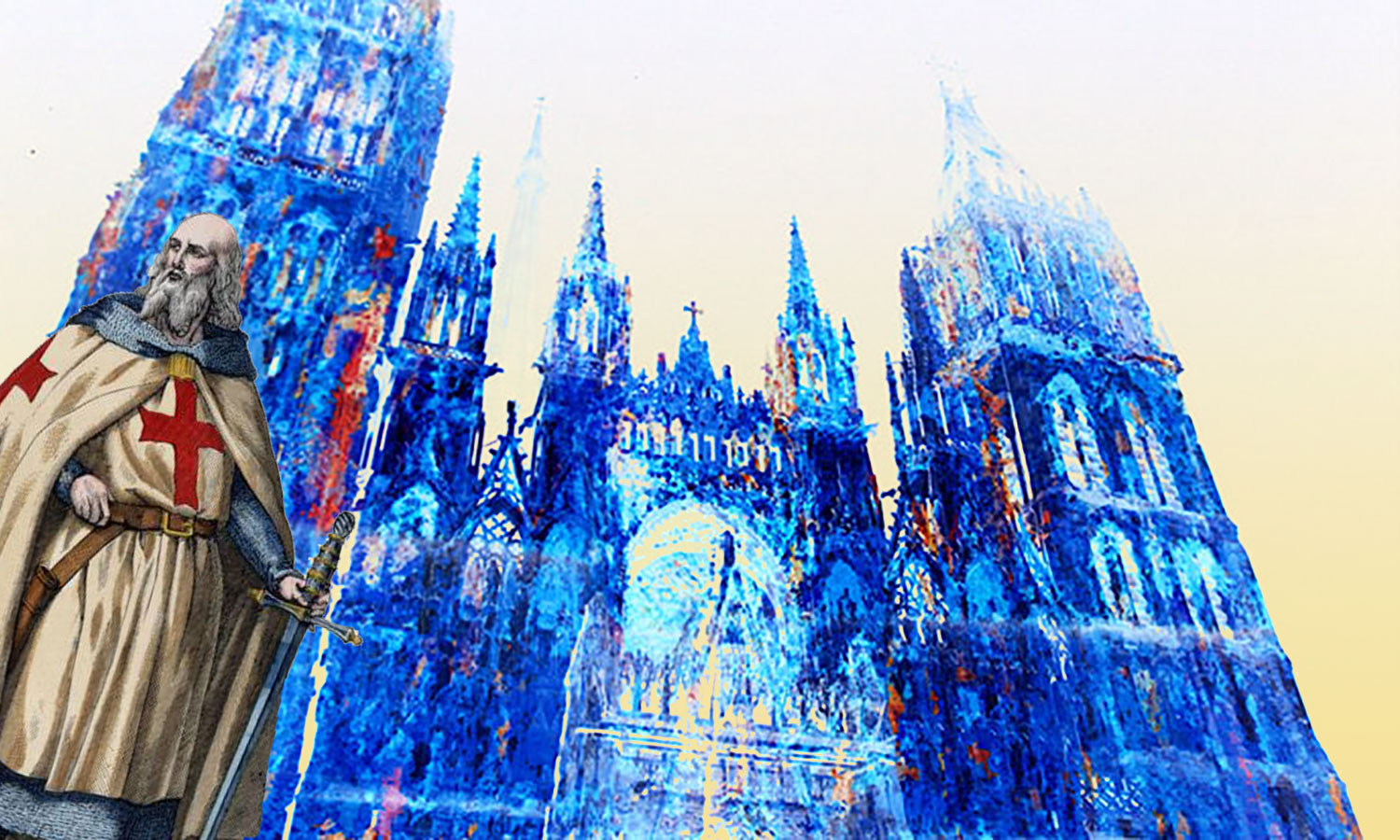 For over two centuries, medieval Europe was a construction site. Sacred builders erected calvaries, churches, cathedrals and chapels with Templars’ money. And suddenly, the huge sacred construction site stopped. Bricklayers, carpenters, joiners, foundry workers, glaziers, roofers, sculptors, all have disengaged. Throughout Europe spread an unknown silence. It was the strike of the cathedrals.

“The tragedy of the execution of the dignitaries of the Temple on March 18, 1314 had two consequences that King Philip the Fair had certainly not considered. Firstly, the Temple was also a huge and sprawling banking and thalassocratic organization. Its real treasures were its counters and accounting officers spread throughout the Mediterranean basin and in all European cities. Its bills of exchange were worth checks. Its navy made the link and maintained order. The disaster was comparable to the bank failures in 1929. European finance recentralized itself in northern Italy, the Lombard bank was born.The accountants of the Temple becoming bankers reactivated the networks for their personal account. 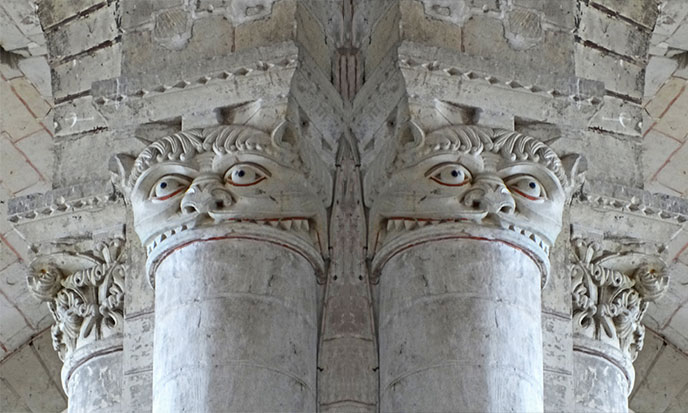 The Most Serene Republic of Venice will take up, for its own benefit, of course, the torch of the domination of trade and shipping routes in the Mediterranean, and for two centuries the pride of a king will sink France in wars and misery. The second disastrous consequence was the departure of companion professionals to varied horizons: Italy, Portugal, Middle East…

That afternoon, the masters of brotherhood there realized that the next to go at the stake would be them. So they proclaimed the “Great Strike of Cathedrals”. Within three weeks, the ongoing projects were abandoned and almost all staff took the path of exile. These projects will be resumed only much later, with great difficulty, by the clergy. The only one building constructed after 1314 was the basilica Notre Dame de l’Epine (1405/1527), near Chalons sur Marne, on plans dating from before. The plans and the effect induced by the form are correct, but the science of energetic manipulations is absent. To construct sacred, this is to construct taking into account the underground forces from the depths of the earth. These forces which since the most ancient times were respected by the name of wouivre. A sacred site is a place, which, naturally, is powerfully geopathogenic. It is often a crossing of underground rivers which makes it dangerous for the living.

It works under a simple electric principle. When you have a heavy load in the basement, the surface micro-electric balance will be done by attracting an equivalent force coming from the magnetosphere. Forces derived from the earth are gushing, those of the cosmos, are descending. When you are on a geopathogenic point, your feet are in the micro-electric balance, but not your head. These forces literally drain you of your energies which are sucked and digested by the earth. 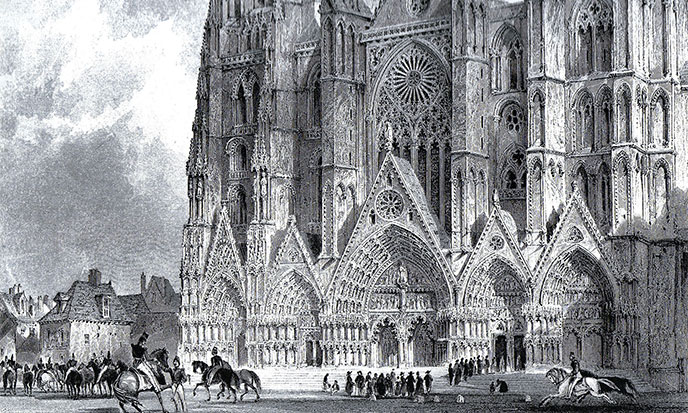 The builders of the sacred have always used these points to build. The more dangerous they were, the more they were interested by them because the strength from the earth was more important. This force, the project managers clairvoyants visualized its aura and built around, to its measure. It is composed of three layers. The first, the closest to the earth, is that of megalithic dolmens, the second, median, is that of Romans, and the third, the highest, that of Gothics. With stone, using them as micro piles, they constructed a cage for this aura and made run away from the building the forces coming from the cosmos, thus releasing the wouivre that filled the inside. The crypts are still Romanesque and are upgrades of dolmens. The builders of sacred had the feeling to install “machines“. For them, their works were “athanors” intended to transmute populations. The bishops of those times were the enchanters of these machines and ran huge collective trance.