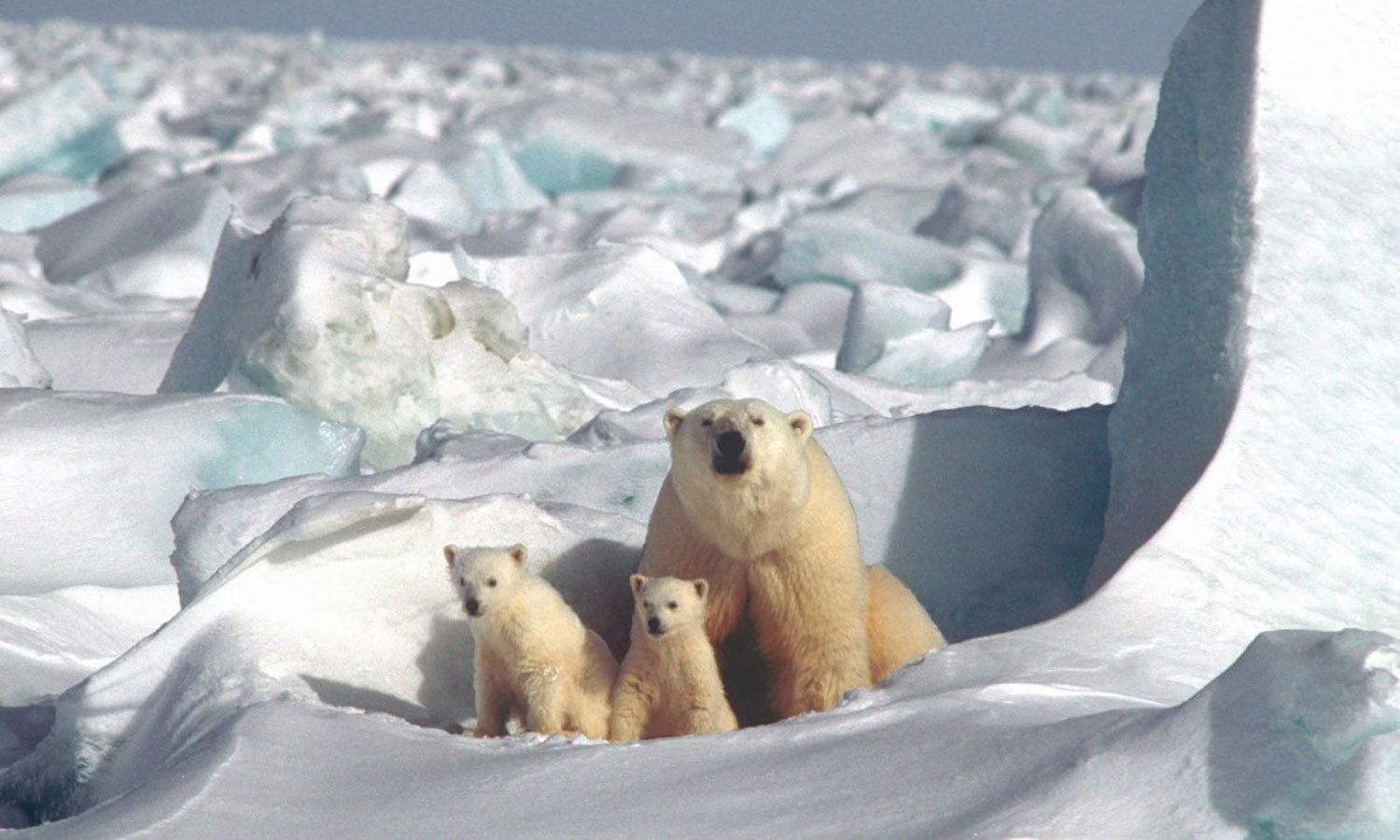 Twice upon a time in Alaska’s blizzards, a white bear is sadly awaiting the great feast of judgment. On this day of celebration, the cubs of the year will parade before the jury. Like every year, almost all cubs will be innocent. Many will be celebrated. Few will be condemned. Every year, some are nonetheless. Even if the party is still far away, Little White Bear has dark feelings and it is not good for his complexion.

He has reason to be worried because he suffers from a tenacious evil. A slender splinter has slipped into his paw. The wound became infected, and the leg blackened. And it’s a big worry. How will the cub be celebrated on this far Sunday? Can he show white paw? He go and ask his favourite healer, sweet Mum Mary.

“Do not worry,” said the healer. Hear my tale. Listen to the wolf who wanted to devour seven kids. To enter their place, this wolf will have to pull the latch, thus will be forced to show white paw. How can? he says to him. I am a black wolf. My paw is black as a raven. Blacker than all the black woods of Alaska before the first snow. It takes a white idea.

He advises a sack of flour that the miller has grinded. He dipped his leg, waved it at the window, so the kids thought their mum was back. They open, they’re eaten. Kids are calves, rabbits are morons and calves are dogs. I’m flexitarian, said the bloated wolf. Too much meat doesn’t suit me. I should have stopped at the fourth kid. But the fear of lacking made me eat tem all. I drag myself along and I moan, I take pity on me, poor thing I am, said the wolf who falls asleep.

Mother Goat appears on the threshold. At a glance she understands the picture. Clutching a knife she opens the huge belly of the sleeping wolf. One kid came out, then another, then others, none of them was dead. Here they are all outside. The goat, skillfully, sews in the open belly seven beautiful polished pebbles. And the kids go astray. And the wolf wakes up.

He’s flabbergasted, he’s flustered, he’s cold, he can’t take it anymore on his stomach. Let’s have a drink, he says. He goes to the river. He leans toward the wave. But the weight of the pebbles attracts him in deep water. He drowns in it. On his grave a dove is advancing. And the delighted kids dance all night drinking beer with Didier Super. 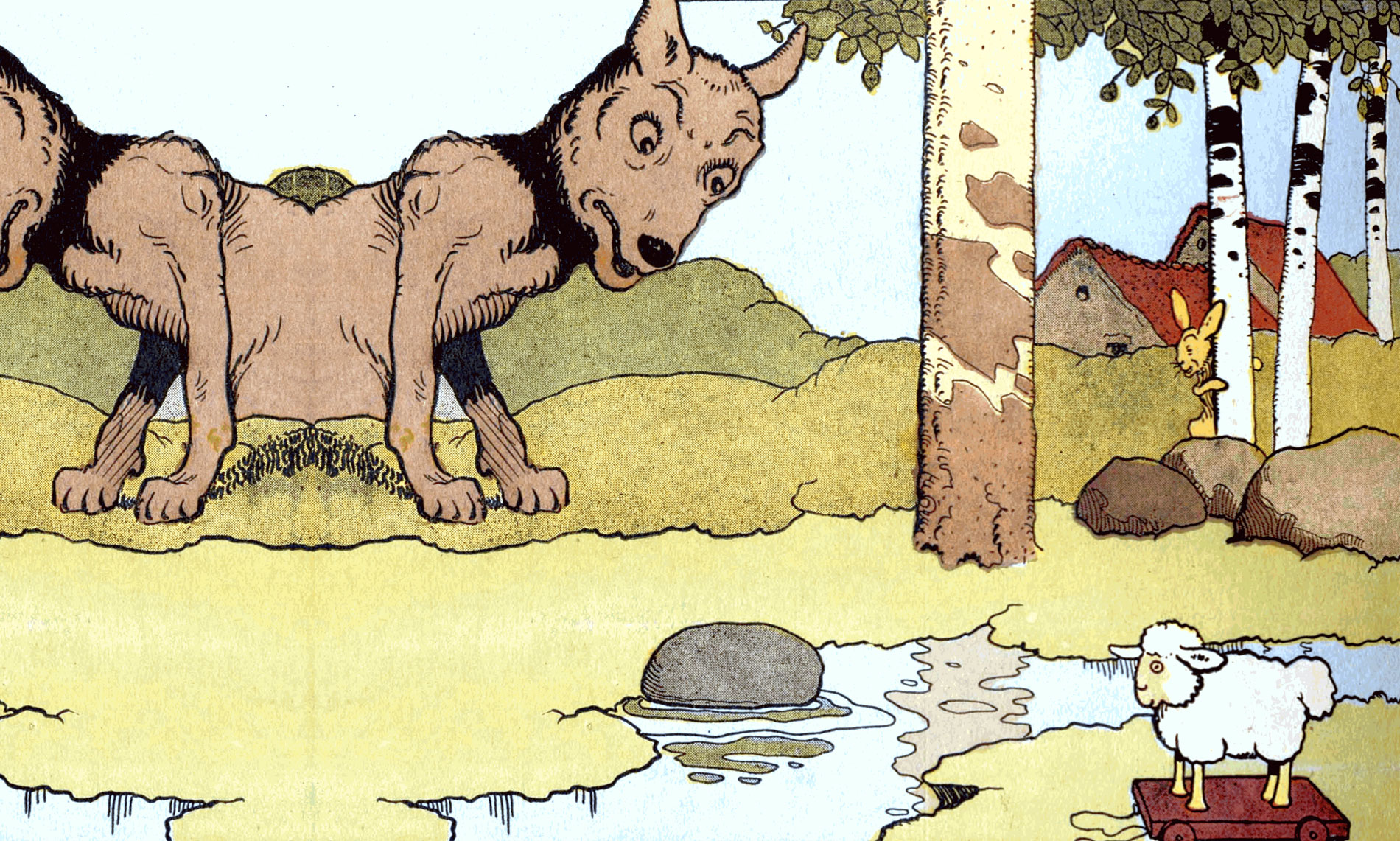 The white bear is white to the tip of its claws. At home, life is white. He sleeps in white sheets on a white wooden bed, dressed in white fur, eats only endive, white ham and cheese, drinks only milk, except on Sundays when it gives a small glass of white wine. But his sad paw is more and more black.
“I have what it takes to heal, said the healer. Put this on your paw, and you will say three times: Bouldegom Karapatt Céfini. Thrice. Do not forget. Repeat after me: Pantagumi Karapatt Over.“

Mum Mary the Healer send him to the rabbits for treatment. They asked him for two years of carrots for a family of twelve rabbits at first, and twelve thousand rabbits at the end of the contract. He does not have that on him. It did not succeed. Little Bear is gone.

He was told to go and visit the sheep for treatment. They saw his paw, they said, “We do not like black sheep a lot here.” He said: Not at all! I am a white bear cub!
– As you like, fat guy. Cub or not, we can not do anything for you. Go see at the rutabagas. Put on your finest wool coat, nice clothes, it’s worth it. The rutabagas are good guys. Go ahead, sheep, you will not come back.

Believing to feast, The bear went there. Distinguished, very elegant. A white hat, white gloves. They received him with all the honors due to his rank. That’s a good kick in the ass. Little White Bear has not returned.

He sees life in black, he does not know who to see. Neither who to believe. Not what to drink. Now his favourite healer went away for holidays. In desperation, he decides and leaves for Pickooti Sting Sting. Her job is bee, then she does black work. She heals people for money. She gives them venomous stings from the hive. You must pay the cure of three bouquets of flowers. It’s a reasonable price, Little Bear agrees.
– Pay me, said the bee.
Little Bear bends the ear. “Shoot me first.”

The bee got angry, she stung, stung, stung on the other paw. His color has turned. Ourson was rolled. The other leg is injured. These are his two black legs. Sad business. Dirty story. And the judgment day that comes running!
“Let’s run in the other direction,” said Little White Bear.
What he does. But the year does not want to stop. The cub is bothered.

But first he falls asleep. He awakens at dawn. To run like crazy, the animal is dehydrated. He advises a date palm. A bread tree. A tank cactus. He catches a thorn and stings the cactus. A good sweet syrup moistens his lips.
– Stop there! exclaims a gull. Such a dirty poison! Your body becomes black!
– Shit then! said the ulcerated plantigrade. Such a dirty trick! Despair of being black!
The disappointed animal drowns in his bathtub.

A few years later, Mary the Healer comes to see him and concludes, peremptory: – It is unbearable. This bear is undead.
That’s right, said the white bear. Death is shorter than I thought.

Delicious Mary finds nothing to say. The cub yawns, stretches and quickly sits in his rat rod playing the lyre. 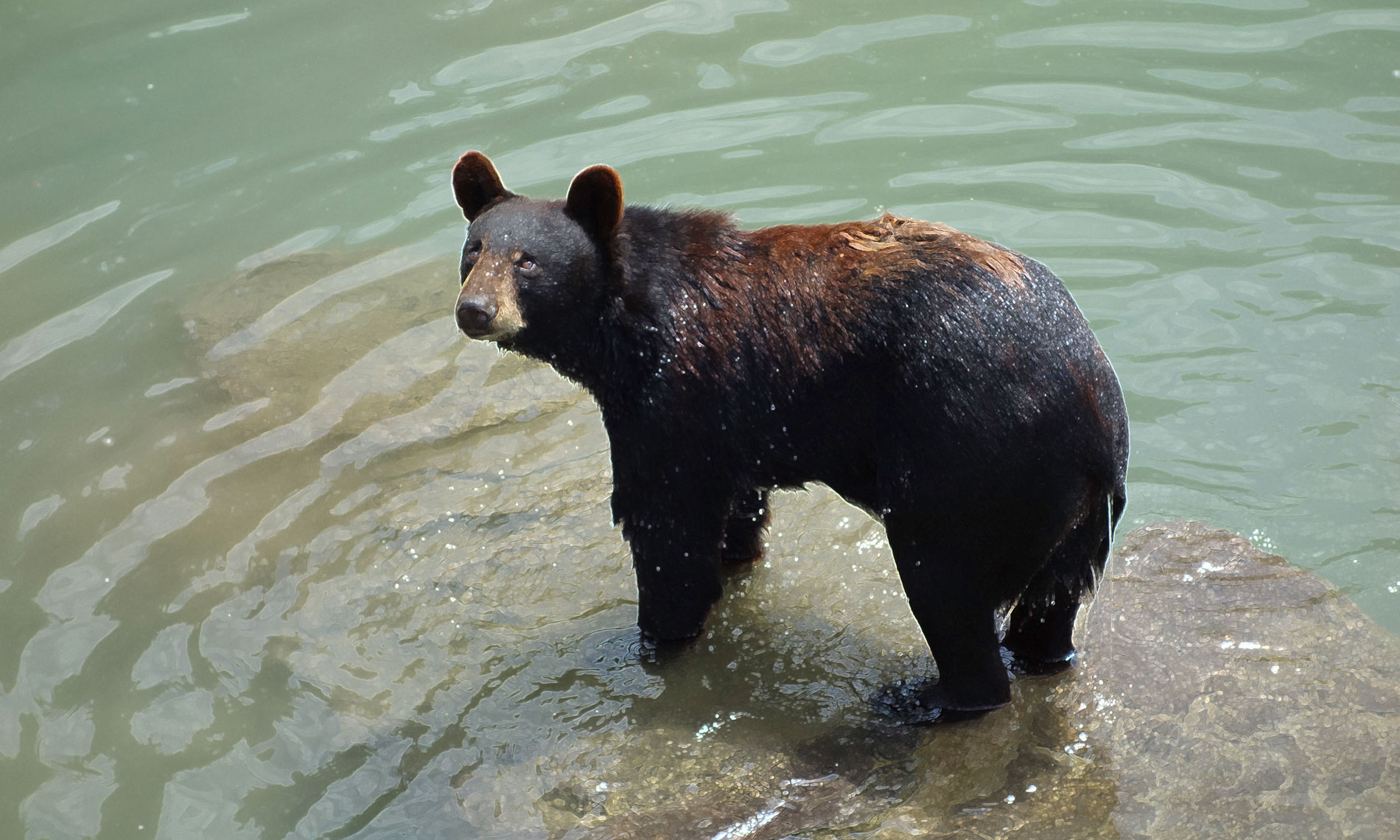