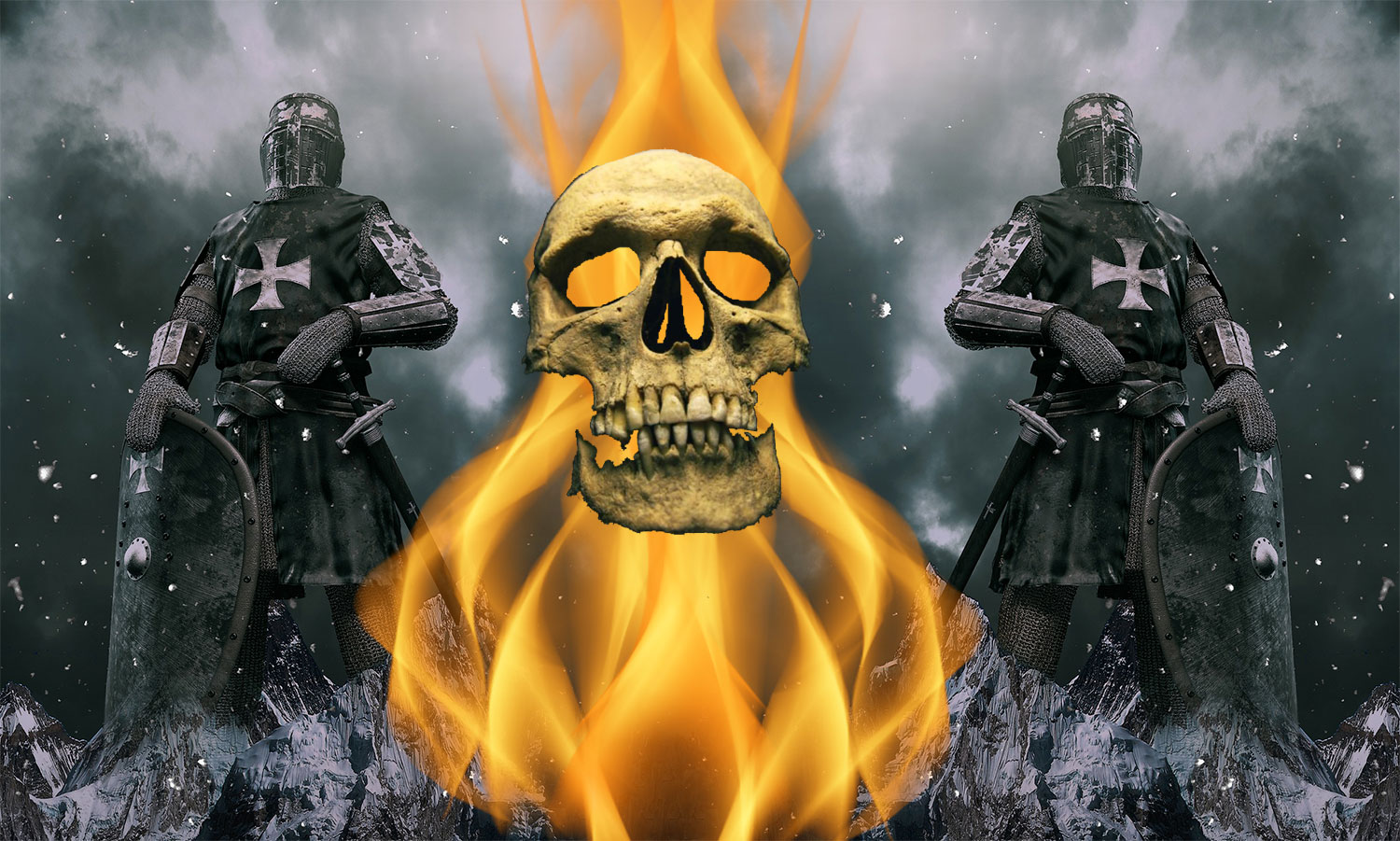 A man distributed his goods generously and methodically. Every day he received a category of population, the poor, then the sick, the widows, and so on. Each received a piece of gold, provided he did not open his mouth to utter a single word. A lawyer wanted to take advantage of the windfall, but he made a long speech to thank the generous donor, who gave him nothing, since he had spoken.

The lawyer did not stand for beat. He returned the next day, day of the poor, dressed in rags and his face covered with ashes. But the rich man recognized him and gave him nothing. The jurist returned again and again, disguised as a caravaneer, a porter, and even a woman for the widow’s day. Each time he was unmasked and brutally emptied.

Without getting discouraged, he began his ride many times, still without success. In the end, he pretended to be dead, wrapped himself in a shroud, and his coffin swept past the donor who dropped a piece of gold into the coffin. The lawyer seized it immediately, triumphantly, and declared to the benefactor: “You refused me your gifts but you see, I managed to get them!
“You can not receive anything from me,” replied the generous man, “as long as you do not die.” This is the meaning of the enigmatic formula: “The man must die before he dies”. The gift comes after the “death” and not before. And even this “death” is impossible without help. (source)Idries Shah, Dervishes Tales 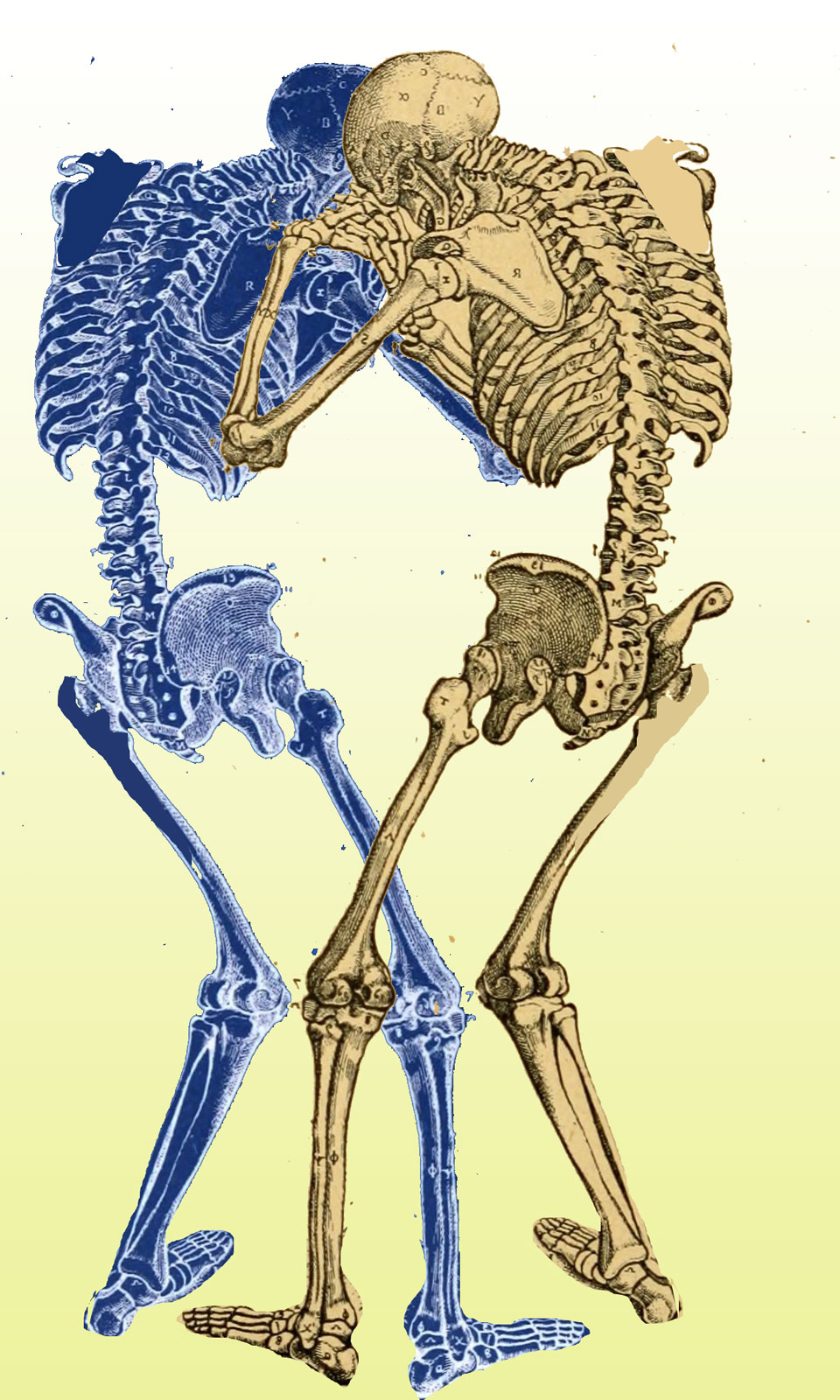 The formula is enigmatic, found in the Teutonic Knights motto just as strange: “If you do not die in your lifetime, you die in dying“. I have quoted it several times in this same site, and I will quote it again, so much so that the less clear formulas may contain treasures of wisdom and truth.

The Teutonic Knights and the Knights of Jerusalem were monastic orders similar to Templars. They happened to join their armies to fight Islam Knights.

Like the Templars, Sufis have a reputation of unfathomable mystery. Like the Templars, they refuse ordinary morality to obey the inner rule, more powerful, less linked to any era, any society or any religion. Their goal is the quest for truth.

Those who have developed certain inner qualities have a far greater effect on society than those who try to rely on moral principles alone. The first are called “true men of action” – and the second: “those who do not know but who play to know.” (source)Idries Shah, Dervishes Tales

It is in this spirit that we must understand the oriental maxim: “Those who speak do not know, those who know do not speak.” I who speaks to you, do I know? You who listen to me, do you understand?

You already know everything we can teach you. But are you ready to rediscover it? What I teach you here is only for those who are ready to hear it. The others will not notice the openings that I give, will not understand the paths that I indicate, will not keep any memory of what they have read without understanding. 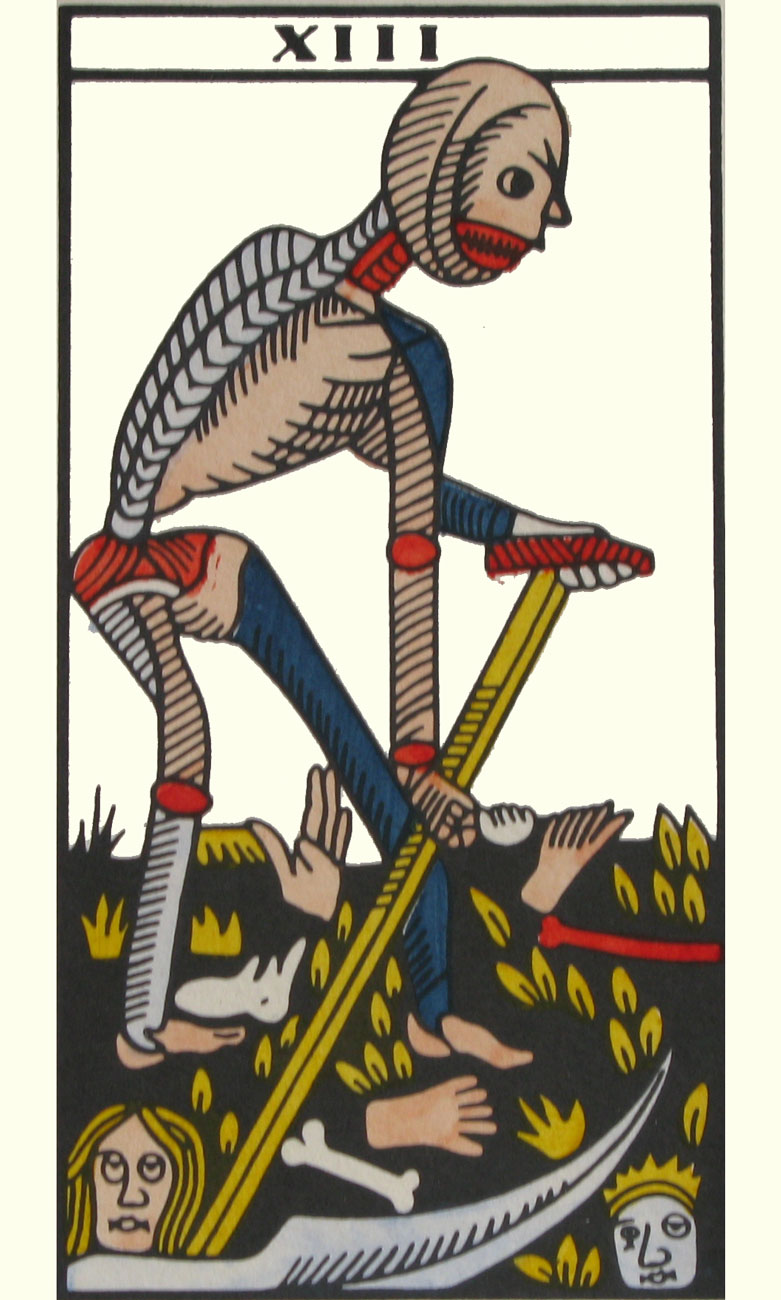 Death has two faces. The one everyone knows, and then another, less known. The initiatory death. What the Templar tradition calls death in his lifetime. The esoteric Christian tradition speaks of the death of the old Adam. The Sufi tradition, as we have just seen, speaks of dying before dying. What is it about ? Castaneda and nagualism thus describe this phase of internal evolution: to stop the world. According to the description he gives of it, when the ordinary world stops, we are not far from death.

And yet, it has nothing to do with true death. The figure on the nameless arcana, the skeleton of the Arcanum XIII, is it death? That no ! It’s the other dead person, the one we experience while alive. It is initiatory death. It’s not an end, it’s a beginning. The true beginning. All that we did until then was just an appetizer. The real treat begins with the renaissance of the phoenix.

The march towards the flight, towards the awakening. We all have in us something of this time. When we get there, we think we have arrived. We think we are out of the world, out of time, out of people. That’s what happens. The man who is born again is called Rene, twice born. It’s a name, it’s also a title. As Hajj is the title of the Muslim who made his pilgrimage to Mecca, Rene is the title of the seeker of light who passed the arcane XIII.

René is hopeful that he will not die when he dies. What does this expression mean? Well as the body loses its individuality, becomes a corpse and returns to the earth, the spirit returns to the Spirit by dissolving into the universal consciousness. The nagualism says that the consciences of the dead fly to the beak of the Eagle who feeds it. We can assume that the Eagle’s beak is a traditional way of designating the giant black hole that occupies the center of our galaxy.

To die while alive is to know the other side of the ordinary world, or rather its place. It’s choosing to live on the sunny side of life. It is to climb one by one the degrees of the awakening. It is to remain in the world, but not to be of the world. It is to refuse the creed that repeats to the envy: “You are nothing outside the society that carries you.If you leave it, if you want to live on the sidelines, you will end up homeless, sick, loser, drugged, alcoholic or the five together.“

Why does Idries Shah write that initiatory death can not be achieved without help? Because his book came out in 1967. I myself received Arcane XIII’s initiation in 1992 where this rule still applied. A smuggler was needed to overcome the severe test of initiatory death. Then, for more than fifteen years, I made myself the smuggler for those who were ready for this great adventure.

I used the deep trance, using regression techniques I brought the impersonator to relive his engrams. One by one, he unlocked his blockages, and finally made peace with himself. But the one he had discovered in him, he could never have imagined. Initiatory death is the shortest way to know oneself.

For seven years, I have found that these ancient techniques, which used to be called the Mysteries of Isis, are no longer appropriate at the time. The world has changed. Deeply. Now the Arcane XIII passes without pain, in any case less painful than I could live in 1992. The ferryman, in most cases, is no longer necessary. The perfect recollection of engrams is no longer indispensable for their evacuation. They fade away on their own through the trials of life, and the hazards of the path uphill.

It is true that the road towards oneself is long and rough, the numerous tests, the frequent failures. If you fall, get up immediately. Never lose sight of your purpose, your reason for being. Warrior of light, you know where your destiny is, you know it since your birth, you want to break this reign of illusions and pretenses, that’s why you have to stop the world, to die during your life.

As the Sufis say, “you must knock on the door of nothing until it comes to you” (source)Saadi, Persian poet and Sufi 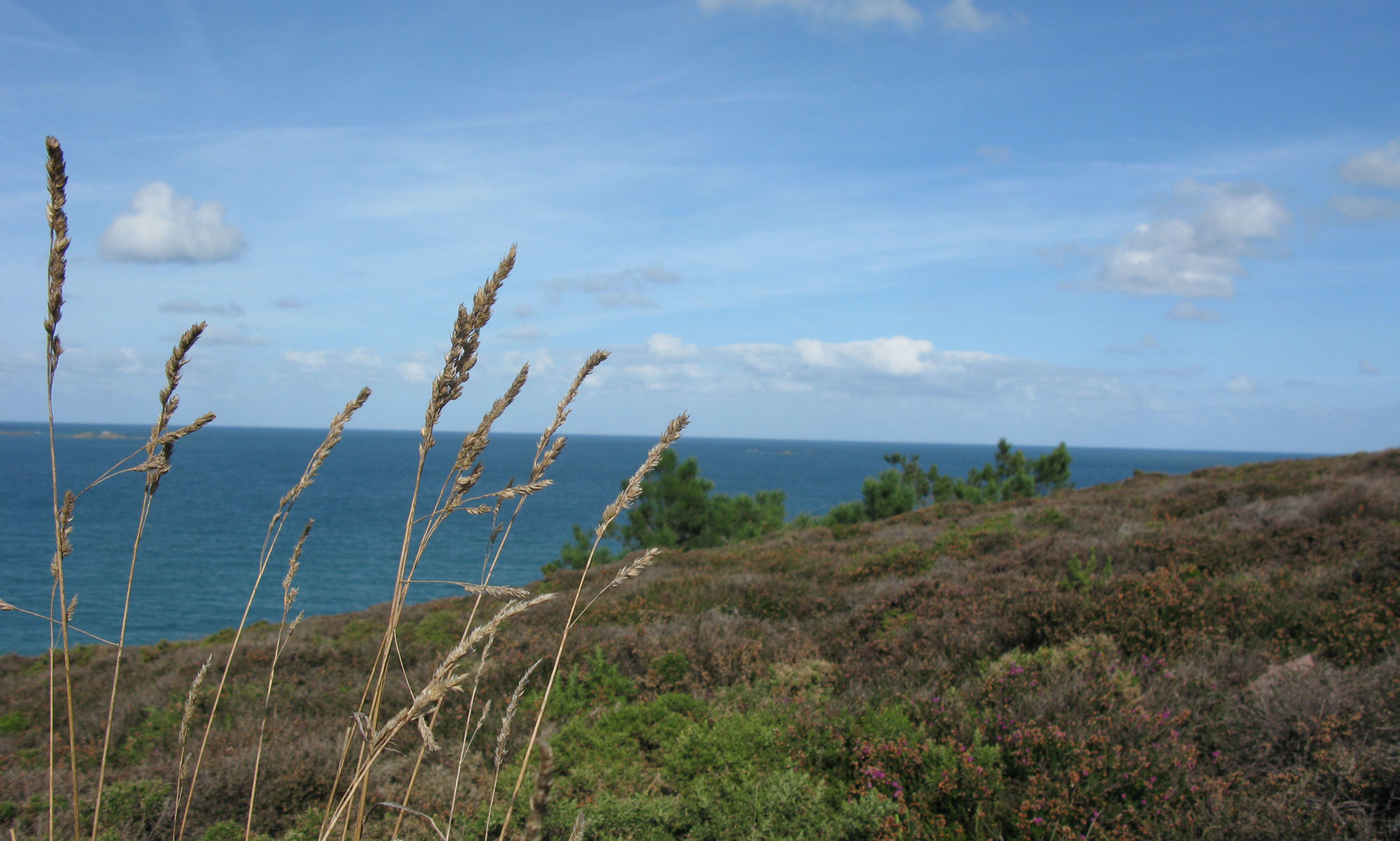 You will thus enroll yourself in the circle of the RebornRené, I will have the greatest pleasure and the greatest joy to welcome you in the gentle cohort of the awake ones. You will live, my friend. Peace on you and on your kins.

There is no difference in kind between the human and the divine. Just a difference of degree.