Atlantis is a cursed subject. Most historians and archaeologists stubbornly refuse to discuss the matter other than to laugh about. And yet! The mythologist that I am –always in love tales and legends– has not this sort of prevention.

The Greek philosopher Plato is our primary source of information about Atlantis. Here is a summary of what he says in the Timaeus: “We could sail on Atlantic Ocean in those times; because, facing the strait that you Greeks call ‘the Herakles’ columns’,or Hercules’ columns streched an island more huge than Libya and Asia together; from there, travellers could reach the other islands, and then the whole continent that surrounds the ocean on the other side. There strechted a real ocean, and the land surrounding it can really be called continent.” Doesn’t it look like an island close to America? Should we suppose that European sailors have always known this continent?

“Besides, on Atlantis Island, was a confederacy of kings, enormous and wonderful power, that had a great importance on the island and on many others, as on some parts of the continent; moreover, from the lands inside the strait, they reigned over Lybia and until Egypt, and over Europe until Toscane.” (source)Platon, Timeus. In a few books, Plato spoke about Atlantis, whose name came from the Titan Atlas, son of the Sky and the Earth, and brother of the Time. In The Timee, Plato related how Athenians had challenged Atlantis’ troops. And in another book, The Critias, he described the huge Atlantis, its port, its palace and its laws. Fascinating story. Unfortunately, the book’s end is missing. Nobody knows if Plato let the book unfinished, or if its end has been lost afterwards. Hellenists are certain that Plato invented Atlantis, but philosophers doubt it: it was not Plato’s habit.

Dear old Plato is not the only one speaking of Atlantis: this lost continent haunted the ancient egyptians’ memory, who called it Amenta and located it far to the west. For some authors, Plato is more precise. This island, as large as a continent, took up the whole central area of Atlantic Ocean. Its emerged summits must be Madere, the Canaries, the Açores and the Bermudes. Other authors make it smaller, and nearer to American coast. In the former place of Atlantis, the Sargasso Sea probably formed after the island’s engulfment.

Bermuda Islands are a better possible location. As if a continent had existed in the middle of Atlantic Ocean, where Plato located itwhere it is also located by the map above, dated from 18th century, sea beds would have kept a mark of it. But the centre of this ocean is taken by an oceanic ridge, a submarine range whose emerging summits are the Açores, and other isles like Island. Coming from volcanoes, the ridges are a key part of plate tectonics. These forming mountains cover the bottom of every ocean. Geologically, it is impossible for any oceanic ridge to half-open.

According to geologists, there is no possibility that the Atlantic ridge could open wide to swallow a continent. Yet there are strong indications that some lands have been engulfed in the Atlantic. Thus in 1898 “the transatlantic cable from Ireland to Newfoundland broke in the ocean floor by three thousand yards deep, five hundred miles off the Azores. A specialized ship was sent immediately to the scene to lift up the cable and repair it. Then, in dragging the bottom to find the cable, the grapple brought back up out of the bottom of the sea a rock sample that should never have been there. This rock was indeed some tachylite, a sort of vitrified lava which can crystallize only outdoor but never underwater. But the tachylite disintegrates in sea water in less than 15,000 years, so the seamount was there emerged less than 15,000 years ago. “ (Source)Maurice Chatelain, Our Cosmic Ancestors, Flammarion 1978 This volcano is it part of the submerged Atlantis?

The Most Unlikely Theories

While many have questioned the word of Plato, many others have taken seriously. Proclus said: “The famous Atlantis no longer exists, but it is hardly possible to doubt that it existed long ago.” The historian Strabo wrote, referring to the work of Poseidonius: “It is quite possible that the history on the island of Atlantis is not a matter of the imagination.” As to locate the lost continent, the most improbable hypotheses have been advanced over the centuries.

The very last one located the engulfed continent very close to Gibraltar strait, what Plato called Herakles’ columns. It is the thesis of the french geologist, Jacques Collina-Girard, who discovered a high sea bed, off Calais, just at the mouth of Gibraltar strait. To him, this high sea bed was uncovered before the waters’ rise, at the end of the last ice age. It would have formed an island, 10 miles long and 3 miles wide. Too small! And too close to Herakles’ columns. Nice try! But we need another try. 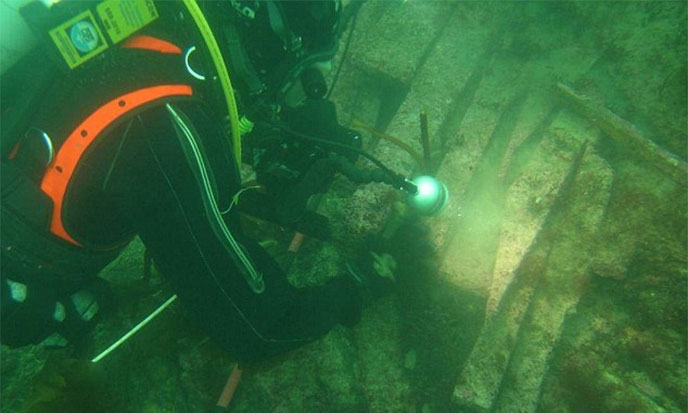 No problem. From Dogger Bank in North Sea to China Sea, from Mexico’s gulf to Easter Island, every location was proposed for Atlantis. Pierre Benoit imagined it engulfed under the sands of Sahara. René Barjavel located it under ices of South Pole. Jules Verne and Edgar P. Jacobs saw it in the sea beds, inside a huge subterranean cave.That evokes the mysterious underground kingdom of Agartha Everyone wants to propose his own location, because the myth of a glorious civilization is so strong.

Atlantis is not lost, it is lying somewhere in our collective unconscious where it seems to reign for ever. Maybe because it happened more than once? What would explain the spread remains we found under the seas, the ices and the sands: Santorin, Dogger Bank, Atlas, Antarctic, Yoruba Country, Takla-Makan, gulf of Mexico, Indian Ocean, Pacific Ocean … We can’t say that Atlantis cannot be found. It’s the opposite: it is present in the bottom of every ocean. May be a part of a worldwide civilization …