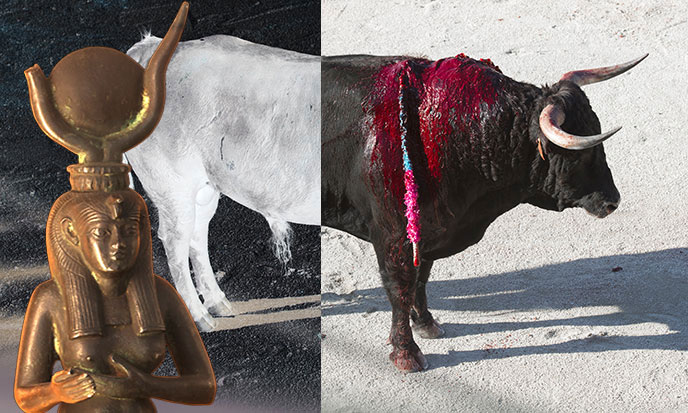 Progressing must be an optical illusion due to our myopic pride. We are not the first, we are not the smarter, far from it …

George Lukas’ Star Wars takes place not in a hypothetical future, but in far remote past. Increasingly, current myths are echoing the legends from the oldest tradition. It may well be that several ancient civilizations have surpassed ours … Before the others, artists and storytellers have admitted a technological past: they are permeable to tradition. For less sensitive beings that reality is not acceptable.

How many times our scientists have been repeating that we are on top of evolution?No surprise if we believe it at the long end.

A kindof new catechism has entered our heads. We are the best, we are the first. But all our modern inventions have been discovered before. In the long history of our species, disasters and times of barbarism have followed over the millennia. We do not come straight from the Cro-Magnon, who himself was not what the paleo-anthropologists imagine today.

We do not believe in the reality of lost worlds. We have forgotten the fabulous antiquity of the human adventure. And if, by chance, we can admit the existence of past civilizations, we just can’t accept that any of them surpassed ours. That’s a shocking pride and a huge mistake! To deny a deep belief of today’s western people, the successive civilizations did not mark a progress but a decline.

According to the myth of Eden, man firstly knew heaven on Earth, in an initial innocent state, while living a lot older than us,See “The Golden Age” by clicking on > below and cultivating powers and talents we could not even imagine now, because we have forgotten them a long time ago.

And then man lost his innocence, and got evicted from Eden. Adam became a bit more material, his body became stronger and he had to work for living. At the same time Eve started to give birth with pain, what means she started to give birth, for there had been no pregnancyFormer gods used cloning in laboratory to control genetics of humankind before that day. For humanking, it was the Fall.

The Fall is illustrated by the Four Ages’ algorithm: Golden, Silver, Bronze and Iron Age, that is now. Hindu mythology has the same algorithm called the Four Yuga. Our civilization belongs to the fourth Age, Kali Yuga, which is the worst. 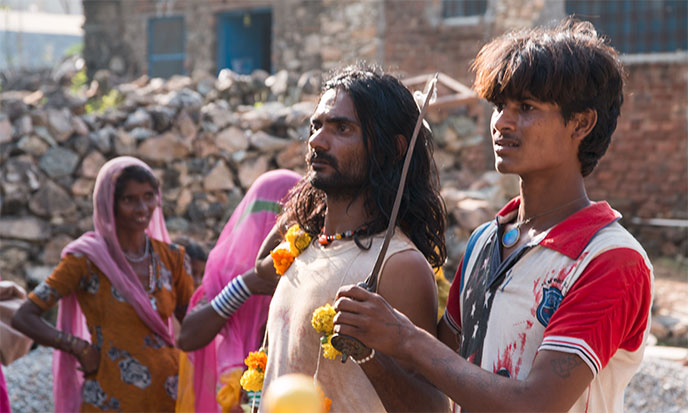 The civilization of Treta Yuga/Silver Age, the one of Atlantis, was a lot greater than ours. So what about the one of Krita Yuga/Golden Age, when Gods lived among men? At the end of Kali Yuga/Iron Age, a new cycle starts with the survivors. If there is any. But usually there is, otherwise we would not be here. Since every technology was destroyed by a general disaster, survivors have to experiment the Mad Max effect. That happened more than once.

Transitions between ages are marked by cataclysms, but the transition between cycles is marked by a worldwide cataclysm and the destruction of almost the entire mankind. Survivors, after a reversion to barbarity, take advantage on the world’s new improvement that leads them to a new Golden Age. And then starts the long decline: silver, bronze and iron again. It reminds clearly of the greek frieze.

And once again, individual biorythm looks like the collective one. The life of mankinds is like any of our individual lives, from childhood’s gold age to oldness’ iron age…

A biorythm is any regular variation of a physiological phenomenon. There are two types of biorythm, internal or endogene biorythms (heart, breath, menstruation…) and external or exogene biorythms (day, season…). A new science, chronobiology, study these different biorythm, sometimes rejoining geobiology. See Labyrinth of Chartres

Like the life of civilizations,See how Plato tells the fall of the most famous one, Atlantis our personal life doesn’t tell the story of a progress, but of a decline. How many men and women have past their life trying to find back the happiness of childhood? And how many did succeed, apart from Marcel Proust? Don’t mind what Darwin said, this lost eden has nothing to do with the apes’ quarrelsome life. Has it? What is important is to ask plenty of questions, said Bernard Werber. See Believe And Don’t.

Each of us lives the same cycles as our society. Until the time’s quickening, shared by old civilizations and old men. Philosophers say it with their complicated words: ontogeny reproduces phylogeny. In our words, it means that a man reproduces the history of his race. As the french proverb says: Dogs never give birth to cats.

As the life of civilizations, the life of an individual is not the story of a progress, but a decline. How many women and men have spent their lives trying to regain the lost paradise of childhood? And how many have done, apart from Marcel Proust? No offense to Darwin, this paradise lost has nothing to do, even remotely, with the life of quarrelsome monkeys.

Very soon I realized that what we were taught in textbooks had a provincial side – unimaginative, lacking air. (Hubert Reeves)

When God wants to punish us, he answers our prayers.