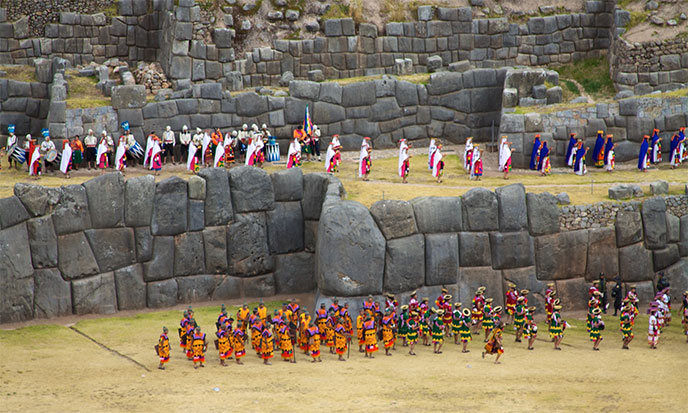 On the Altiplano of Bolivia and Peru stand the fantastic ruins of some cyclopean walls compare to which we look like ants. The cities of the Andean peaks have their flagship: Sacsayhuaman.

Truely unconceivable, this fortress dates back to a distant past that words fail to evoke. Huge blocks’ size, fit so perfect, beautifully polished, make me think to others very antique cyclopean architecture all over the world. Especially the total absence of carving, sculpture or other insciption is characteristic of the cyclopean building. As usual, Western archaeologists are completely wrong dating to the Inca period. This wonder is much more ancient. Such inconsistency has stunned the community of truth seekers.

“This extraordinary fortress is supposed to have been built just a few centuries ago by the Incas. Yet they have left no text in this regard, and they do not tell about it in their legends; how to believe that the Incas, who ignored advanced mathematics, writing, iron tools and even the wheel, have built this cyclopean complex? Obviously this is an enigma for which we have only beginnings of answers.”  (source)David Childress, Technology of the Gods

Note the extreme kindness of Childress, who I’d better inspire me more. Faced with the inconsistency and stupidity of the official theories on the dating of Sacsayhuaman or other cyclopean ruins, I sometimes find it difficult to keep all his British phlegm. Instead, it is a sacred Gallic fury that seizes me, pushing me to write vengeful diatribes to these fucking morons.

Why did they assign the Incas – poor things – these constructions they have not built? Why do they assign the Mayas the Atlantis’ pyramids? Why do they keep all that shit in their eyes? Near Sacsayhuaman stand quite moving remains, because their architecture evokes another, very similar one: it lies at the other end of the globe – a circumstance which give a bit more credence to the thesis of the civilization of pyramids spread over the whole earth.

This site is called Vitcos, and its datation is worthy of Mu. This is precisely the supposed ruins of a fragment of this vast empire in the Pacific that are strikingly similar to this site: the submerged pyramid of Yonaguni in Japan. 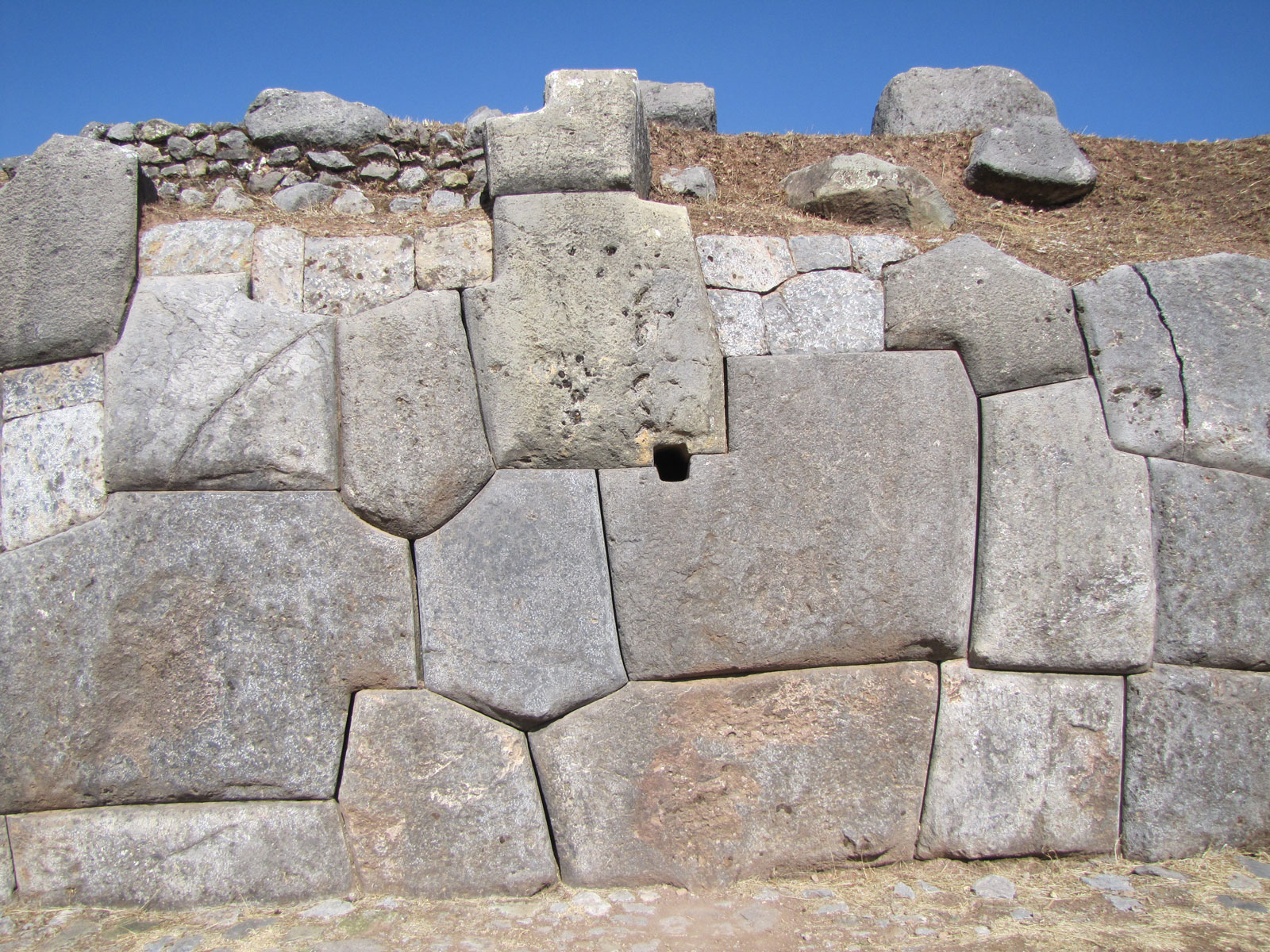 Detail of a wall of Sacsayhuaman, Peru. What about this little hole ? Some years ago, there was a stone in it which went through the whole wall. One can see it going out, identical, on the other side of the two-meter deep wall. Why do such a thing? To what secret plan were obeying the architect and the masons?

This detail resumes the whole. All this work of cutting, transportation and assembly of such blocks suggests a disproportionate goal. Visionary precaution against the Wave of the flood? Had the Atlantean scientists foreseen the height of the giant tsunami? This would explain not only the strength of the exterior walls, but also the altitude of the cities: to place themselves out of reach. Don’t forget that these fortresses were the arks where the Atlanteans ‘Noahs’ had to resist cataclysm. They had better be solid.

Yet a doubt remains. If these Cities were really used as refuges during the Flood, they could well be much more ancient. Questions fly from all sides. And if the high altitude of the Cities came from another need? And if their extraordinary solidity had other goals than resisting apocalypses? If these enormous blocks were rather the gearwheels of machines? Contemplating the Osireion in Abydossee photo above and opposite plan, we have the strong feeling of facing a factory, or rather a power plant. 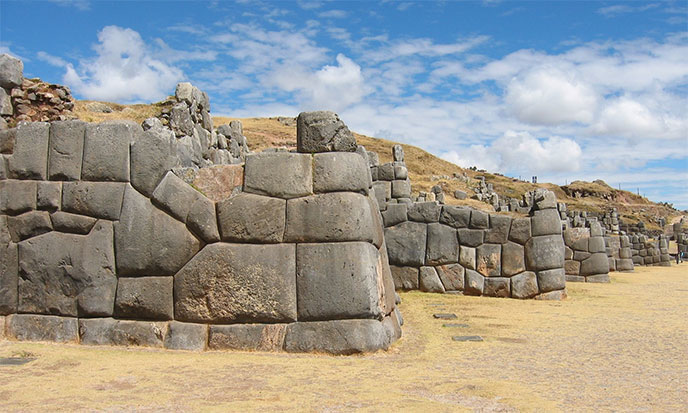 And looking closely at the so-called ‘bows of discharge’ of the king’s chamber, in the Great Pyramid of Giza, this feeling can only be exacerbated… Strange device for an alleged tomb. It is obviously not one! Numerous studies have shown what was their very antique use. To learn more, find out what is the secret of the Big Stones… Obviously, these ultra-heavy structures are designed to withstand tension, as the vaults of cathedrals. You simply need to enter the memory of these giant stones, just to see the images they have recorded.

… waiting to marvel at the industrially carved stones in the Andean Puma Punku site. There, even archaeologists should be ashamed of the nonsense they have been repeating for decades. No, those who carved these stones did not wear lama skin pants. Those who inhabited these cities and forts were not Cromagnon morons. They lived exactly as we do. Perhaps better …