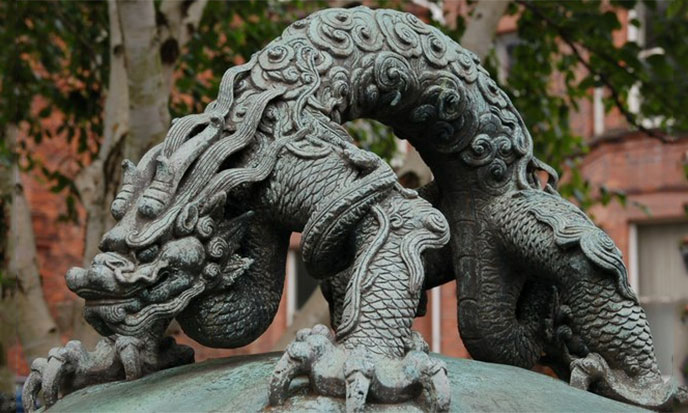 Often in the teaching he gives to his apprentice Castaneda, Don Juan Matus revisited to the notion of implacability. It is a central concept of nagualism, which is rarely understood for what it is.

“The mask of my benefactor was that of a happy, calm man, without any concern, said Don Juan. But under this appearance, he was, like all naguals, as cold as the arctic wind.

– But you’re not cold, Don Juan, I said sincerely.
– Of course yes. It is the effectiveness of my mask that gives you a feeling of warmth.
We were on the outskirts of Guaymas, in northern Mexico, when it appeared obvious to me that don Juan was not feeling well. Suddenly his body convulsed. His chin struck his chest.
“You’re carsick, don Juan?” He did not answer. He was breathing through the mouth. During the first part of the trip, he was fine. We talked a lot, about everything and nothing.

Anxiety gave me stomach cramps. He mumbled, still the head bent forward, that he wanted to visit such restaurant, and with hesitant voice gave me directions to get there. As I opened the car door, he grabbed onto my arm with an iron fist. Once on the sidewalk, he leaned with both hands on my shoulders to straighten his back. We went awkwardly into the restaurant and a solicitous waiter ran to him.

“How are you feeling today ?” he yelled in Don Juan’s ear. He nearly carry Don Juan to a table, sat him down and disappeared. I went to the kitchen to find the eagerly waiter.
“Do you know the old man accompanying me?” I asked.
“Of course I know him, he said impatiently. An old man who suffers from attacks.” (source)Carlos Castaneda, The Power of Silence

For Castaneda, everything becomes clear. Don Juan has just made an attack in his car, for he is customary apparently, so all will be well. After dinner, the two men laboriously returned the Castaneda’s car. Then the old man made him turn ten times around Guaymas, in search for a shop he happend to know. But this shop doesn’t seem to exist. Castaneda, weary, parks and helps the old man out of the vehicle. He begins to wonder wether Don Juan was not simply gone mad.

“Suddenly he got up and walked away from me. He had aged a lot within a few hours. His natural vigor was gone, and what I saw before me was a terribly old and weak man. I was flooded with a wave of immense pity. I rushed to him to help him.
“Who are you ?” he shouted with all the strength of his lungs. He turned to a group of bystanders.
“I do not know who this man is, he told them. Help me. I am a lonely old Indian. He is a foreigner and he wants to kill me. They do this with old defenseless people, they kill for pleasure.” (source)Carlos Castaneda, The Power of Silence 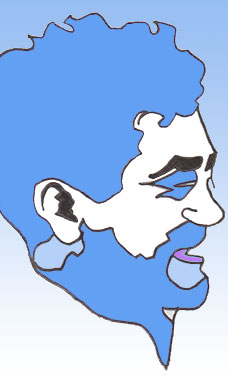 Castaneda is immediately attacked by the passersbys. He has to flee for his life. He took refuge in a shop for tourists, but police was already looking for him. The poor guy can not restore order in his ideas. He got the feeling that he dreamed it all, but where is the dream? Where is the reality?

Police officers are agitated by his car, they observed them from a distance, he saw the old Don Juan who gesticulates vehemently, Castaneda was desperate. It can already be seen in a Mexican prison, and began to tremble in every limb, uncontrollably. The police move away, the passerbys disperse, don Juan was left alone near the car. Then Castaneda feels something unexpected: a sudden, uncontrollable urge.

“It was as if my body was separated from my brain. I went to my car without the slightest trace of fear or worry. Don Juan was on the sidewalk and looked at me blankly. I stared with a coldness that was not like me at all. A cold indifference, a scary lack of compassion. At this moment, what would happen to Don Juan or myself I was quite equal. Don Juan shook his chest  like a dog shakes itself. And then he became the man I knew. He took off his jacket and turned it around. He threw his straw hat in the car and combed his hair carefully. He pulled the collar of his shirt over that of his jacket, which made it immediately look younger.” (source)Carlos Castaneda, The Power of Silence

Thereupon the two policemen come back running and blowing whistles. Don Juan calm them down and reassure them brilliantly. He told them they probably met his father, a frail old Indian who was suffering from brain disorders. And it works. The policemen, dazed, move away without a word. Castaneda starts the engine as soon as Don Juan takes place in the car.

“What kind of trick did you play, Don Juan ?” I asked, and the coldness of my tone surprised me.

“It was my first lesson in implacability,” he said. “I created the favorable conditions for you to move your assembly point to the precise point where pity disappears. They call this place the place without mercy. The problem that sorcerers have to solve is that the merciless place should be reached through minimal assistance. The nagual sets the scene, but it is the apprentice who moves his assemblage point. That’s exactly what you did. I have helped by moving my assembly point to a specific position that turned me into a weakened and unpredictable old man. I did not only pretend to be old and weak. I was old.” (source)Carlos Castaneda, The Power of Silence

“He advised me to get used to the idea that I would have similar recurrent anxiety crises, because my assemblage point was to keep moving. Any movement of the assemblage point resembles death, he said. Everything inside of us is disconnecting and reconnecting to a source of much greater power. This amplified power is felt as a mortal anguish.” (source)Carlos Castaneda, The Power of Silence 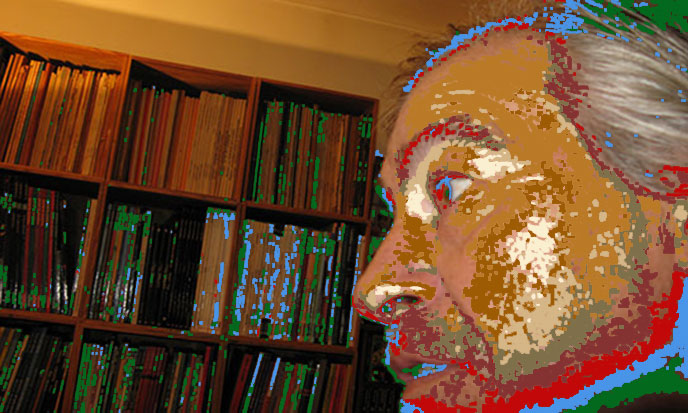 When that happens, the best is to wait for it to pass. We know what it is, not worth worrying about. We call it “stop the world“. I have experienced this kind of situation countless times. Everything stops, cars, people, animals; the birds remain suspended in the air. Everything stops, even my heart. Every time I thought I was dying. And I’m still here.