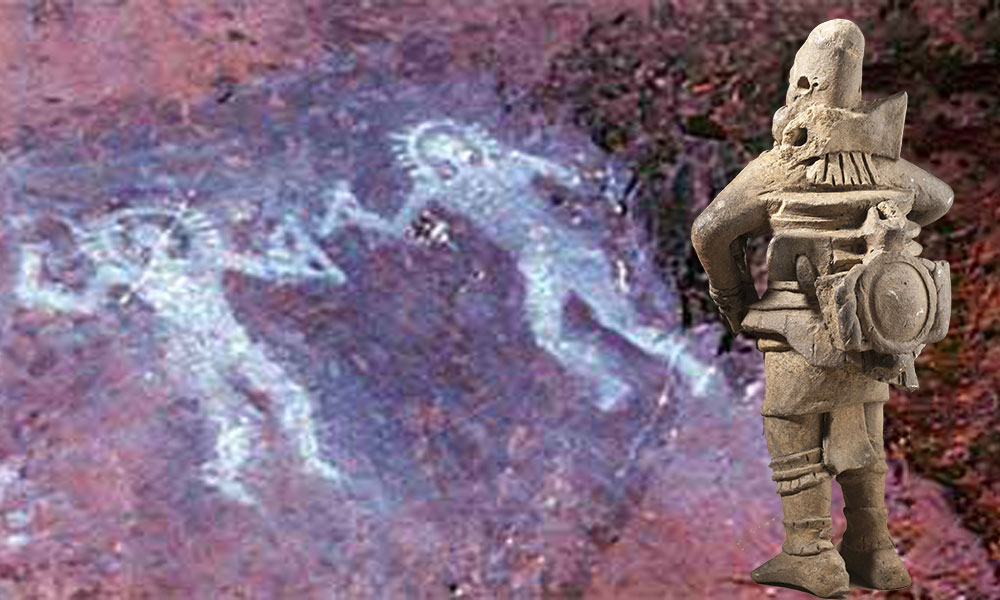 “The celestial androgynes created the humans” the Bible should say to make it clear. Androgynes, because that’s the literal meaning of the word Elohim, the name of the gods of Genesis.These ancient gods who created us – do they have sex? As reptilians, they might have two.

Elohim, as we have seen, are both male and female gender. For male and female gods? The Bible doesn’t go further. For Yorubas, the mastergod is Obatalla, or Oshalla the Sky, like Elohim “From The Sky”, and like Uranus the Sky who is the ancestor of all the Greek gods. Besides, Oshalla is sometimes a man, sometimes a woman. Like Elohim. The primordial androgyne is lurking in the shadows…

There is a good chance that our species was created androgynous initially. Many legends attest, anyway. And eloquent remains: men’s breasts and clitoris of women, among others. Therefore regain the original state of androgyny is a residual initiatory goal. 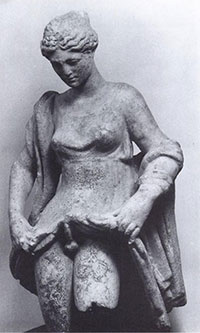 “In the myth mentioned by Aristophanes and taken by Plato in The Banquet, the first men were androgynous. To punish them for having rebelled, Zeus divided them into two. Similarly, according to the Puranas, the first men were wise yet close to the divine son of that generated by a kind of mental projection. This is their power that threatened to destroy the celestial beings that God created woman and reproduction by the union of the sexes. In Genesis, the creation the woman from a rib removed to Adam implies androgyny of the original man, created in the image of the divine hermaphrodite.

As Shiva, the first man (Adam) was right-hand man and wife left side. All the tantric rituals in which women participate are called rites of the left hand. The left side is the weak side of man, humble or reserved for unclean tasks. That’s why you never reaches left hand.

Give an object of the left hand is considered a sign of contempt. The circumambulation of the god image must be holding it to his right, that is to say in the direction of clockwise. In the tantric magic where the feminine aspect of divinity is invoked, it is done in reverse. Every bisexual can be seen as an offshoot of the transcendent aspect of the god.

The androgyne, gay, transvestite have a symbolic value and are considered as privileged beings, images of Ardhanarishvara. They play as such a special role in magic and Tantric rites, as in Shamanism.” (source)

“The ultimate goal of the Tantra is to bring both Shiva and Shakti polar principles in his own body … The initiatory androgyny is not always served by an operation, as among the Australians. In many cases, it is suggested by cross-dressing boys in girls, and vice versa girls … The boys homosexual practices, documented in various initiations, likely reflect a similar belief, that the neophytes during their initiatory instruction, combine both sexes. “ (source)Mircéa Eliade, Méphistophélès et l’Androgyne 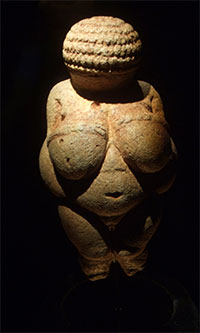 Some gods may have been androgynous. But they all were giantsThis was undoubtedly their huge size, which had become unsuitable, that forced them to create a miniature duplicate of their species, ours, with the mission to perpetuate their race. In India, gods are countless, from Shiva to Brama, from Vishnu to Krishna, from Hanuman to Ganesh. Each one of them has his specialty, each one of them offers a precious gift to men, the Hindu gods are civilizing gods, like the gods of Yorubas, Mayas, Olympians and Hebrews. The Hebrew mythology, such as it is presented in the Bible or in the Book of Enoch for instance, could well be a convoluted version of the Sumerian mythology, which is more explicit and easier to decipher.

For Sumer, there was also no unique god, but a bunch of aliens, who really looked like us, except that they had a vulture’s head and two pairs of wings. These people needed manpower to develop the planet, so they mass-produced us for mass-working. Agriculture, here we come! And we liked it, in the beginning. Working in the fiels made a change from the dangers of hunting. For the gods, it was Eden, the Golden Age. For us, their creatures, it was a bit less funny.

Of course, it was reassuring to have omnipotent and omniscient gods by earshot. But not always. Because the gods were unfair. Perverted. Despising. Then it began to go wrong.

Uproars, riots, the gods flew away. And here we are now.

Let’s see this source in detail, as it is told in the Sumerian Book of Enki. “In the beginning, angels worked for the gods. One day, angels protested, demanding rest. Yes, but who will do the cores? Goddess Namma called her son Enki the Sage. He decided to create a race of slaves, the men, us. He took some clay that he soaked in flesh and blood of a sacrificed god, so that man got a part of the divine intelligence. Thus was born the first human sample, soon followed by many others.” (source)Sumerian legends collected by Senacherib

If we closely look into the Sumerian myth, here is what it tells to our hearts. In olden days, supermen created men to serve them. They also created women for their pleasure. These supermen were not immortal, otherwise how Enki could have sacrificed a god? Moreover, their bodily needs classify them in the category of biological beings. If they live, they will also die. Undoubtedly they are already dead, since this story has been going on for a long time. These supermen,  gifted scientists, were also excellent poets. Each tale they have left is a bottle to the sea; myths are the  former gods’ legacy.

They selected striking images, in order for these legends to spread throughout time, definitely, and everywhere. So that they are part of our species’ genotype. Why did they do that? For our good? Or to keep a high control on their livestock? From their point of view, what else are we? A herd. A pond. A human zoo. The Watchmen don’t watch stars only. They keep an eye on their flocks, i.e. you and me and all of mankind. Hey, do we really belong to them? 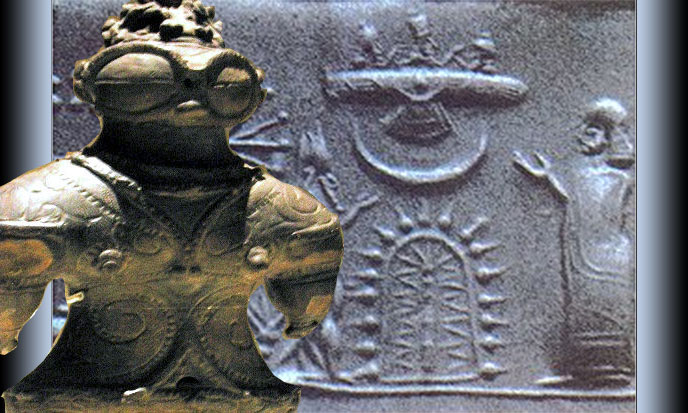 They did not create us to serve them, as claimed by several authors in agreement with the Sumerian version that I gave above. Once again, the truth is out there. These giants knew that they were condemned by the approach of the Tertiary’s moon. Therefore they left to the stars when gravity became too strong for them. That’s why they gave us all their knowledge. They wanted to give us every chance to continue their brilliant civilization, and that’s what we did.

At least partially. We imitated their science, their technology, their know-how in all sorts of areas. It is funny to note that these brave giants have not transmitted us serious things only. The Giants have given our ancestors intensive courses of language, writing, maths, geometry, crafts, astrology, architecture, and they were testing us all the time.

Meanwhile, Hathor, Athena, Isis and the lady giants taught the females magic, will, the art of dreaming, pretending, and many awakening technics. Including the art of sewing, cooking, make-up and seduction. Without Hathor and Athena, no inner life, no enlightenment possible for us. Without the sexy lady Giants, we would never have known Vogue or Hustler. And without the Serpent, we would never have known Apple.