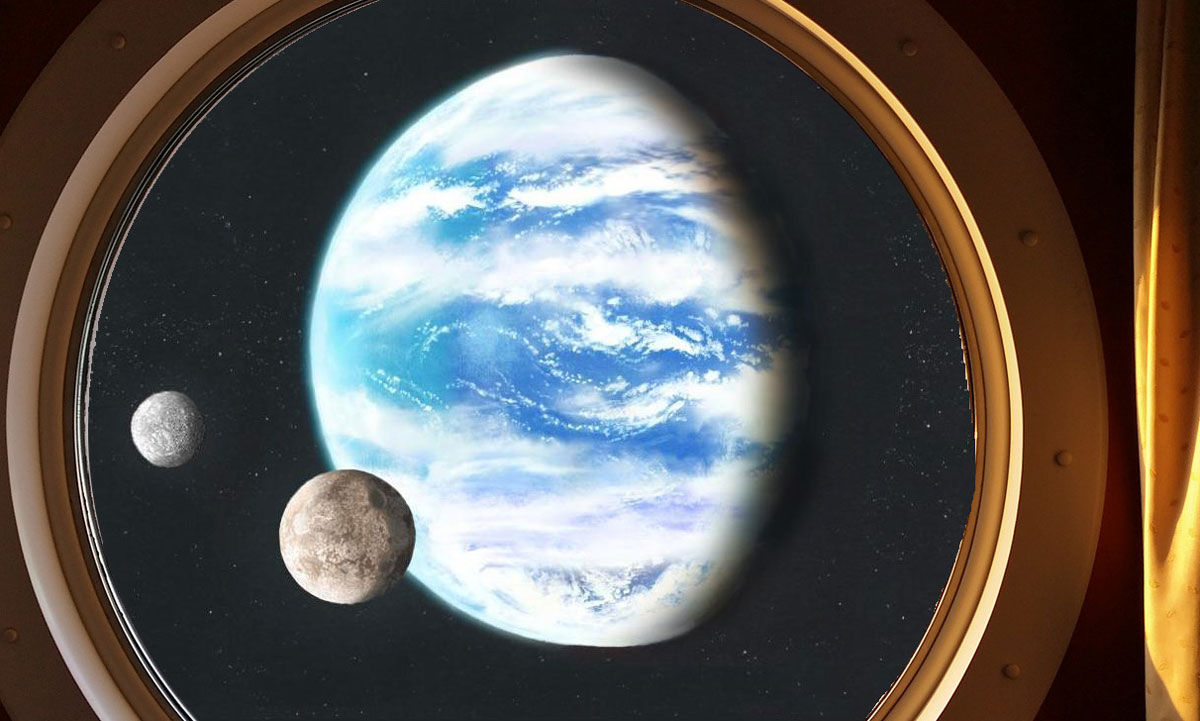 Years of research through the myths of the world convinced me of one thing: this planet, the Earth, was in its infancy a wild, inhospitable planet that intelligent beings had the task of terraforming. These astronauts are the Former Gods of all religions and mythologies.

What is terraforming? It’s the art of taming a wild planet. Make it a planet whose geographical, atmospheric and climatic conditions are compatible with human life. The task is tough. It requires the simultaneous or successive intervention of many specialists in all kinds of sectors. In turn, we are preparing to terraform the planet Mars. NASA anticipates a delay of several centuries before Mars is habitable. It is well below reality. The terraforming of our planet has lasted billions of years. It took place in seven phases that Genesis calls the seven days of creation.

Stakeholders are handpicked professionals. Star visitors do not come for sightseeing. They have a mission: to make this planet habitable. They are called terraformers. Their living conditions must be comfortable, their laboratories and factories, ultra performing. This requires considerable resources, an unlimited budget, for achievements necessarily grandiose.

They got assistants to help them. Their basic workers were the giants, sometimes very big. They move by walking or flying. While Greek mythology called them cyclops, some religions called them angels. The French word ange is none other than géant in reverse. Giant angels can flush mountains, drain swamps, open roads and waterways, divert rivers, build dikes, and lift huge stones. They are the builders of pyramids and other cyclopean constructions.

We find the distant memory of their prowess in the legends according to which the fairies would have built the dolmens. How could beings as tiny as fairies lift the huge blocks of the Roche aux Fées? Fairies have wings like angels. They are immaterial like them, and capable of incarnation, like them. They know how to make themselves visible to humans, like the archangel Gabriel and all the angels. They are transformists, like angels, being able to vary their size, their appearance, and even their sex. So, yes, we can say that the fairies built the dolmens and lifted the menhirs. They are of the same family as the angels. To those who still imagine that the legends are piping, I ask to think about the meaning of the Latin word legenda: deserving to be read. The facts they tell deserve to be hear.

In addition to the giants, the advanced terraformers technology has been decisive all their constructions: pyramids, cyclopean walls, megaliths, etc. not to mention earthworks and necessary layouts. The wonderful landscapes we have before us owe much more to the great architects than to nature alone. While the little human architects keep indifferent to both the divine work and the work of nature, unable to distinguish what comes back to one and the others.

The energy needs of a team of several million terraformers are obviously considerable. What energy did they use? The same as ours, including nuclear. They also used atomic bombs, as in Sodom and Gomorrah, and in many other places.  Remember the angels were fierce warriors. As soon as they arrived, several billion years ago, the terraformers started nuclear reactors like those discovered in the mines of Gabon, dating from 2 billion years ago.

In my opinion, their most brilliant achievement is in an area we do not know: the mastery of the vril, the subtle energy that we now identify with scalar waves, and the mastery of lightning. In my mind, and in the facts that I have been able to revisit, the two forms of energy are very related. 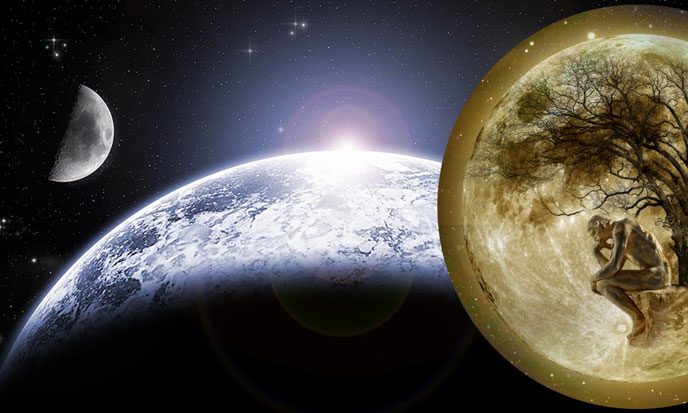 A terraforming is not done at once. The mothership returned several times. So often even, at certain times, that the Sumerians assumed that the planet of the gods returned at regular intervals. This may be true. The terraformers had more than one trick in their sleeves, and always got a ten-point lead over humans. Still now.

Our masters have come very often since their first visit, which dates back three billion years. They come when it sings to them. They are here at home. Once, 12,500 years ago, the giant ship landed on the Atlantic Ocean. With its 3300km diameter, it had just the place to hold. The floating vessel formed a perfectly round island, which occupied almost the whole of the North Atlantic, according to Plato, who calls it the island of Atlantis. The Greek philosopher tells us that very little sea separated this circular island on either side of the ocean, which was indeed the case with this artificial island, almost as large as a continent. The Atlantis-ship was almost touching the American coast, and it was not far from the European coasts. Thus Atlantis formed a bridge between the two continents, which explains many Neolithic migrations.

Another time, the astronaut gods landed on the Indian Ocean. The neighbors of Africa and Indians have called it the Land of Punt. It is also called Lemuria. Historians and archaeologists have not finished digging their heads to locate the Land of Punt. They can always look for it. Punt flew away, as did Atlantis. Once more, the terraforming gods laid their ship on the Pacific Ocean. It was then called Mu.

Why not imagine that it also landed in the open waters of the North Pole, taking advantage of a warm period when the pack ice would have disappeared? Besides, it might be the gods who made it melt. They called Hyperborea. Yet this Latin name does not mean “to the north pole”, it literally means “above the North Pole”. That is why I incline rather to a heavenly Hyperborea, as I have described in detail.

When the terraformers came back, they did not land on any ocean. They chose to remain in orbit near the ground. For this purpose, they chose the most favorable point, just above the North Pole. Our geophysicists have shown that there is a zone free from solar and astral perturbations, an area that is also relatively protected from geomagnetic waves. This zone is located above the north pole. The astronaut gods thus fixed their mother-ship above the north pole, which was formerly known as Boreas. That’s why this new planet was called Hyperborea, which means: above Boreas, that is to say, above the North Pole.

Perhaps they have learned the lessons of the catastrophe caused by the Atlantis ship’s missed departure? 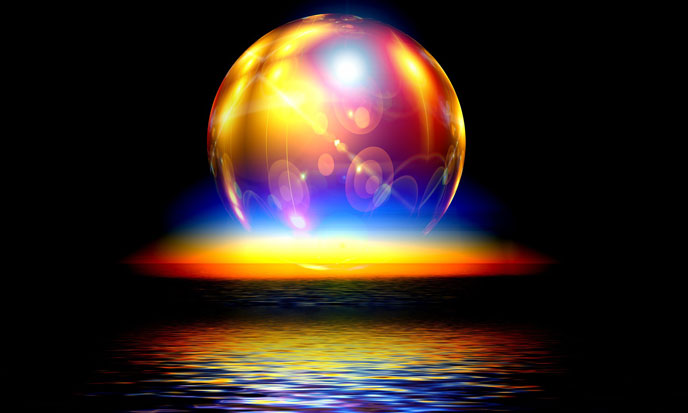 When you put a large packet of noodles in a saucepan full of water, it overflows. When a machine of such size is landing on an ocean, same result: the volume of displaced water raises the level of the seas. If the landing, or rather the landing is very gradual, the disadvantages for the residents are measured. But in the event of a sudden takeoff or landing, the impact of the enormous vessel lifted a terribly devastating tsunami. This is what happened during the failed takeoff of Atlantis, 12,500 years ago. Indeed captain Atlas missed his take off.

The giant ship fell heavily into the ocean. As a result, an appalling tsunami devastated both riparian shores. Unforgettable show for those who have lived it. But most of the human witnesses died. The east coast of America and the western coast of Europe have been ravaged by earthquakes, volcanic eruptions and landslides. American and European legends evoke a wave of 4km high! The first stupor passed, one can visualize the scene. There is no exaggeration here. Think about the size of the mother ship: more than 3000 km in diameter !!

Curious case, that of Atlas! I first saw in him an ally of humanity, like his cousin Prometheus, who created us. I spoke of him in glowing terms in an article with the expressive title: Atlas Achievement. And then I saw in him a sort of unbalance, like his other cousin Epimetheus. I assumed, as I have just said, that he had missed his take-off. Now I wonder if I was right to take the terraformers for dummies. Most of them are not. What if the deluge had been wanted? Programmed by the gods? A quick way to get rid of a surplus of human population? That’s about what the Bible tells us, and Greek mythology adds. The flood was caused by the Elohim / Olympians, whom I call the terraformers, to rid the planet of an unbearable plague, the giants. The men had asked for this service, and the gods answered them.

Wait a minute. The gods would have voluntarily deprived of their faithful allies and servants? They would have kill their old creatures just to please new  ? incidentally much lower performers? In fact, the exterminated giants are not their allies of the first generation, but bastards that they had had with humans. The famous fallen angels of the Bible. They were rebellious, they respected neither the gods they had denied, nor the men whose meals they were eating, nor the women they were resting for.

Thus disappeared the fourth humanity, born of men and giants, engulfed body and property under the turbulent waters of the Atlantic Ocean. The little humans of the fifth humanity, ours, must have died in passing, but there were still some survivors. Evidence: we are here to testify. Question: do we really testify? 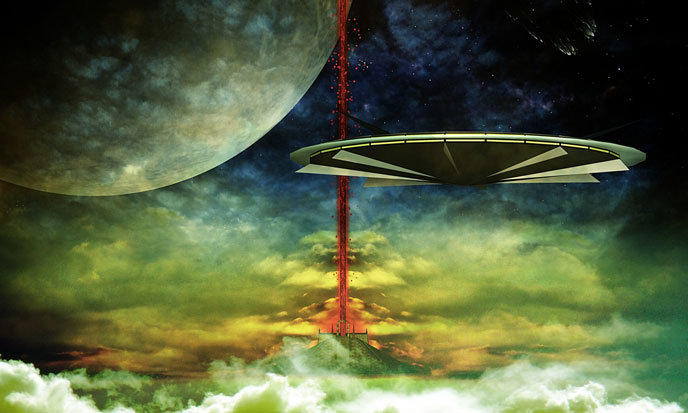