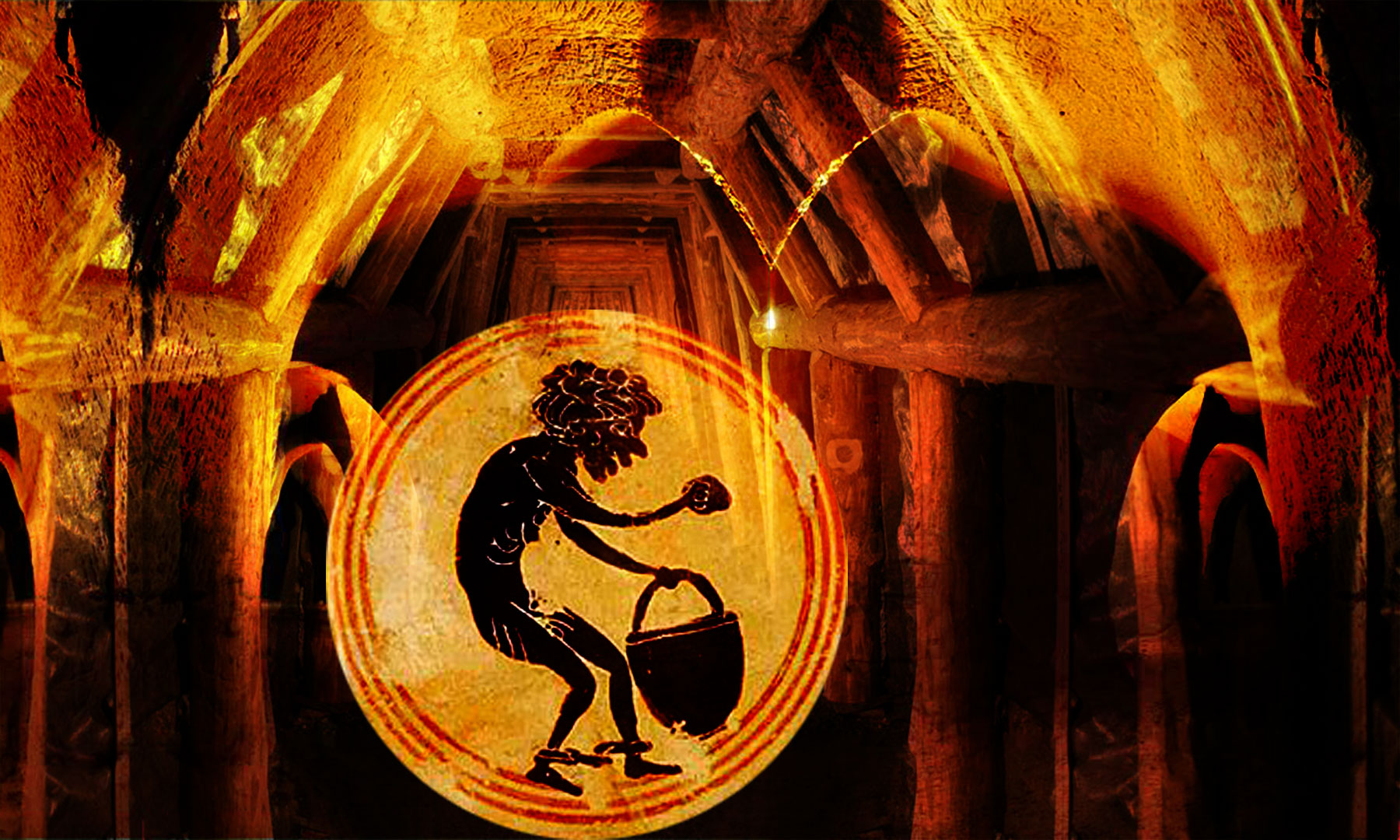 When the Star Gods ruled Terra, the condemned went to the mines. The former gods had drilled mines on six continents: America, Antarctica, Oceania, Asia, Africa, Europe. They needed more and more humans to exploit them. So there were more and more convicts. Much of today’s taboos and prohibitions derive from the need for labour that has forced the gods to invent arbitrary crimes and senseless crimes.

To cast a shadow on a god, if only that of your hand on his arm, was worth fifteen years of mines. Eating in his presence was punishable by thirty years. Laughter in the palace of Elijah, forty-five. At the end of each speech, one had to invoke the Almighty: the absence of invocation was worth 60 years. When a jay cried, when a child cried, when an object crashed, we had to shout: “Long live God!” Those present had to answer in chorus: “May he live always“. If not, you were good for 100 years of loneliness in the cobalt mines. No inmate serves their full sentence. They die long before that.

The drills were higher than towers and more powerful than ours. The galleries were numerous, wide and deep. Cut from the rock, laser-surfaced, they descended straight into the underworld. Some of them opened onto lakes of smoking lava. The mephitic atmosphere was unbreathable. In a few days, the heat, the whip, the thirst, the undernourishment and the exhaustion transformed the most robust man into a scrawny skeleton.

These inhumane mines have been raging for thousands of years. We can see the origin of the myth of hell. The most famous mines during antiquity were those of Agios Sostis and Kapsalos or Schismades. All the ancient mines were designed on the model of those of the former gods.

Even today, under certain skies, the working conditions of miners are infectious. Is it in man’s interest to be inspired by divine cruelty, or must he show more humanity?

Visitors our masters mined all metals, gold, silver, lead, iron, copper, tin, wolfram… — all gems, diamonds, rubies, topaz, emerald, lapis lazuli, and many others — rare earths, rare metals and rare gases. They were not uncommon when the planet was wild. But the former gods and those before the former gods made excessive use of them.

Bad tongues whispered that the gods had come here only for the mines. But no. They also came for the pines. And for the twinks. The gods are men like us. These people sometimes have taste. Not always I am breathed. Silence in the background! They’re going to lock me in the stable and shove me in my binder! The gods are formidable, unstable, detestable.

There have always been many convicts and that has never stopped anyone from screwing around. Forced labour is necessary. The mines had a triple interest. To provide valuable food, even essential for the development and functioning of an advanced civilization. Through delirious offences, control delinquency, rebellion, deviance and shit. Get rid of all these dangers in a few weeks, to give work to a new generation of convicts.

This system was in effect on all terraforming planets. I bet it still is. 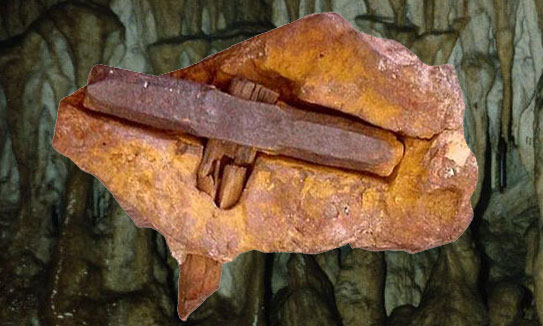 The work of the miners has always been trying. Were the ancient minework harder than those of the 19th century in Europe?

“Antiquity is full of stories about these ancient mines, either to stigmatize them or to rent them. As can be seen from the Book of Job to the Stoics, the ancients were aware of the special character of mining activity. Does it not raise an occult wealth through an aggression of nature, a rape of Mother Earth? Through the Stoic discourse, the genesis of a double opposition, fully current in the twenty-first century, between underground resources and renewable productions, between the aggression of nature and respect for it, Stoic morality always favours the second term of each alternative.” (source)Gérard Chastagnaret: Claude Domergue, Les mines antiques

Archaeological research has not been able to update mining research prior to the 2nd millennium BCE. Ignorance or bad faith? I mentioned prehistoric nuclear reactors. I showed the hammer of Kingoodie (Scotland), found in a mine gallery, tool that was dated to 400 million years ago. The dinos of the Jurassic liked to plant nails, it relaxed them…

What do you want? The official story is an agreed lie that satisfies the greatest number. Truth seekers cannot be satisfied with that.

“Copper mines located in what is now Jordan and dating from the Iron Age may have provided King Solomon with the metal needed for his ambitious constructions, according to a new study published today in the PNAS.

At the Khirbet en-Nahas site in the Jordanian district of Fainan, ancient copper mines have long been explored by archaeologists, including American Thomas Levy and Jordanian Mohammad Najjar.

These researchers now claim that mining activities began earlier than previously thought, as early as the 10th century BC (BCE).

The new dating finally matched the mining activity to the supposed period of the reign of King David and his son Solomon. But were they the ‘operators’ of the Khirbet en-Nahas copper mines? Or were they the rulers of the Edomites, people of the biblical valley of Edom where these mines are located?” (source)

Edom in Hebrew or Latin? Edom or Ex Domine?

The park of Timna is located about thirty kilometers north of the seaside resort of Eilat, in the Arava desert and extends in the valley over about 60 km². This place where the landscapes are surprising, where the rocks seem to have been sculpted by the hand of man while they were naturally sculpted by erosion, where the colors change depending on where you are. is full of different spaces to visit and it takes almost a day if you really want to see everything.

Timna was the starting point for the treatment and use of copper more than 6,000 years ago. The remains found on the site testify to an intense activity. The mines were discovered at the foot of the cliffs. Initially, the ore was collected from the surface but then wells were dug to extract it. We find ruins of buildings, construction sites, workshops, remains of furnaces that were used for the smelting of copper and the manufacture of objects, storage wells. A few meters from the old mines, engravings on the cliffs were discovered. These are engravings of wagons and hunting engravings, engravings that testify to the intense activity that reigned in the valley. These engravings were made by the Egyptians, at the time they were active on the site. (source)

In the remains found, no evidence of gratuitous barbarism towards underground workers. It is hard to imagine masters, no matter how barbaric, foolish enough to hurt or maim those who enrich them? Yet this was the case for a long time. The divine method was this: only the condemned worked underground. And no one treats a condemned man with respect. His rank imposes none. 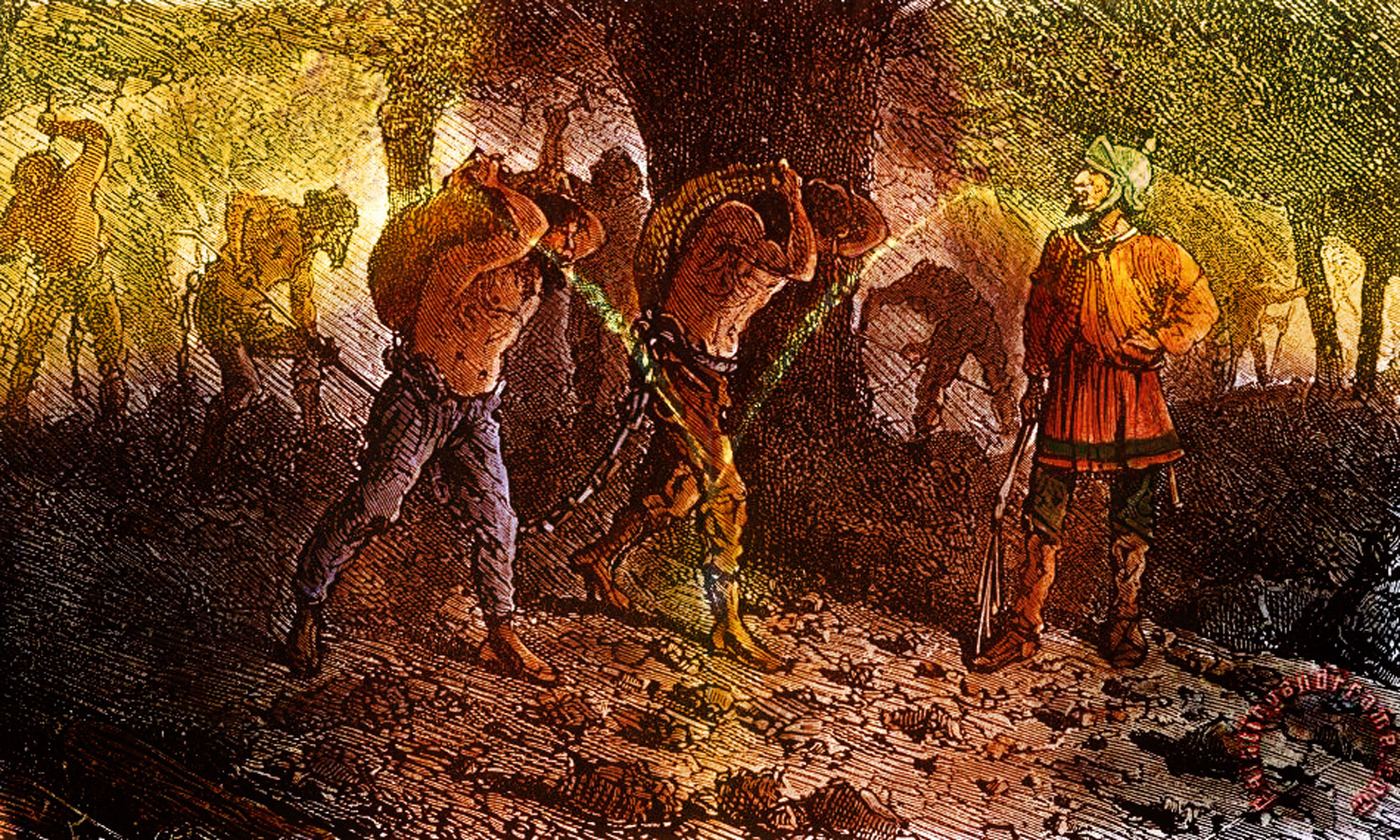 The gods overwhelmed us with absurd taboos and prohibitions to recruit new miners and workers without difficulty. If the mines were not enough, death without a sentence was simpler. But without excess, given this bloody labor problem. Hence the program that the gods before us put in mind: grow and multiply.

There is every reason to believe that this unjust and cruel system marked the collective unconscious and reduced the minor to a martyr. In all countries, at all times. Coal mines, salt mines, iron mines, sulfur mines. All mines managed by penitentiaries. Sad mines, grey mines, lead mines, papier mâché mines.

So many human beings undermined by grief.

So many minefields without minesweepers.

“For those who follow, go ahead. It is your turn.”