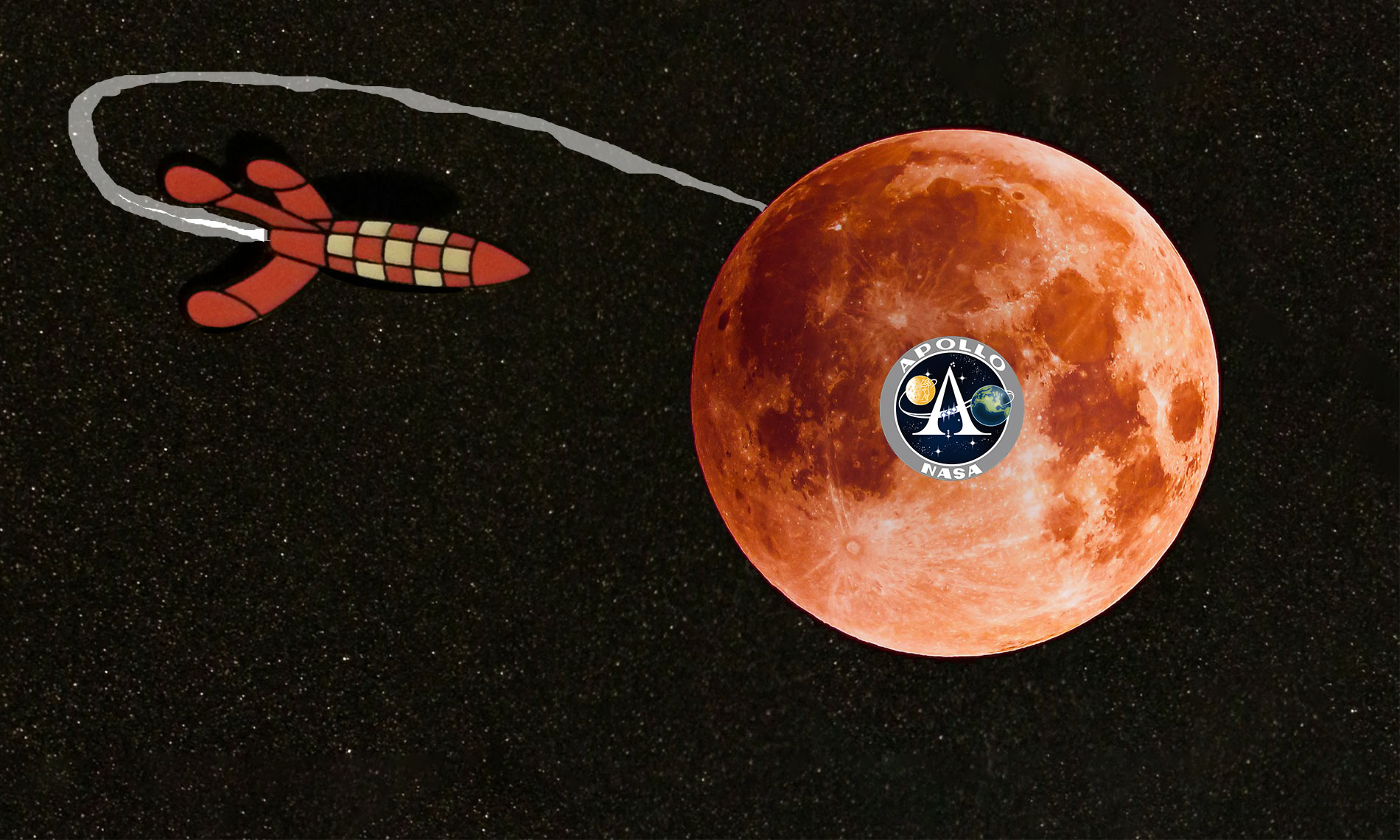 I already told you a lot about the dead star that makes lovers dream and darts on us its big white eye which blinks regularly. To tell the truth, everything is regular in the moon. Much too regular. Like its revolution around the earth that lasts exactly the same time as its rotation on itself. Which suggests …

Did I say that the moon is a dead star? Did I have everything there regular? I was wrong on both points, as you will be able to judge. “According to sources quite official, appear on its surface lights, fogs or fumes, sometimes static, sometimes moving. On the other hand, the moon “has a seismic activity, it is not dry, and when it receives an impact, it resonates.” (source)The two previous excerpts are taken from the article “La lune n’est pas celle que vous croyez” by Kim-Anh Lin, Nexus (french edition) # 122 which suggests that it is hollow, as I am have already shown.

The very serious and very well-informed US space agency, NASA for close friends, drew up in 1968 a catalog of inexplicable lunar phenomena. The authors counted several thousands of events that occurred between 1560 and 1967. “During the last ten years, several irrefutable observations have been reported of unusual color activity on or just above the lunar surface, which can be divided in two. categories: events located on a few square kilometers, and those covering a significant portion of the lunar surface. ” (source)NASA, 1966, Moon Blink Project Final Report. This report was followed by another catalog, even more complete, which lists no less than 2254 cases of Transient Lunar Phenomena (PLT). He distinguishes five categories:

Some observed phenomena can belong to several categories. Thus the observation of the site Aristarchus, December 1, 1965, reports a reddish radiation followed by black obscuration. Also note, these PLTs are localized. “Of the 30,000 visible craters on the telescope, only about 200 are the PLT site and 12 of them are 60% of the observations,” said Winifred Cameron, author of the report. Some phenomena are so intense that we can observe them with the naked eye. (source)According to the article “La lune n’est pas celle que vous croyez” by Kim-Anh Lin, Nexus (french edition) # 122 Many amateur astronomers are constantly observing. French magazine Top Secret has been their spokesman in its first issues, a dozen years ago.

There is another category of PLT, even less easy to explain: fast-moving objects (RODs). What are these objects? Why are they moving? How can one explain their high speed? “Astrophysicist Alexei Arkhipov (1959) estimates that about 5% of PLT are ODRs with prime areas of appearance, such as the Mare Ombrium region, which appear in the form of moving lights or dark spots. quickly for less than a minute.”  (source)“La lune n’est pas celle que vous croyez” by Kim-Anh Lin, Nexus (french edition) # 122

All this poses a series of questions. What are the brilliances caused by? How to explain the presence of clouds on a planet devoid of atmosphere? Where do these dust emissions come from in the absence of wind? Why do we see different colors, how do they appear, where do they come from, and what makes them disappear? Graduate astronomers have some natural explanations, as we will see. But they are not convincing. Neither convinced, however … Nothing of the sort, the explanation of all this would be simpler if one immediately accepted the hypothesis of an inhabited moon. Unthinkable for the pros, this hypothesis has become commonplace among amateurs.

If one wants to detect certain signs of civilization, one must be able to observe them closely. Everything is in the details, the devil and even the gods. To distinguish these details, everything is in the resolution of captured images. But the images analyzed so far, at least those that are published, have resolutions too weak to allow to decide the question with certainty. In particular, it should be possible to locate rectangular structures, which have no chance of being natural. It turns out that the resolutions used would not even identify a football stadium! Yet we are constantly told that giant telescopes, terrestrial or orbital, show on the moon details of the size of a car. It’s totally wrong. 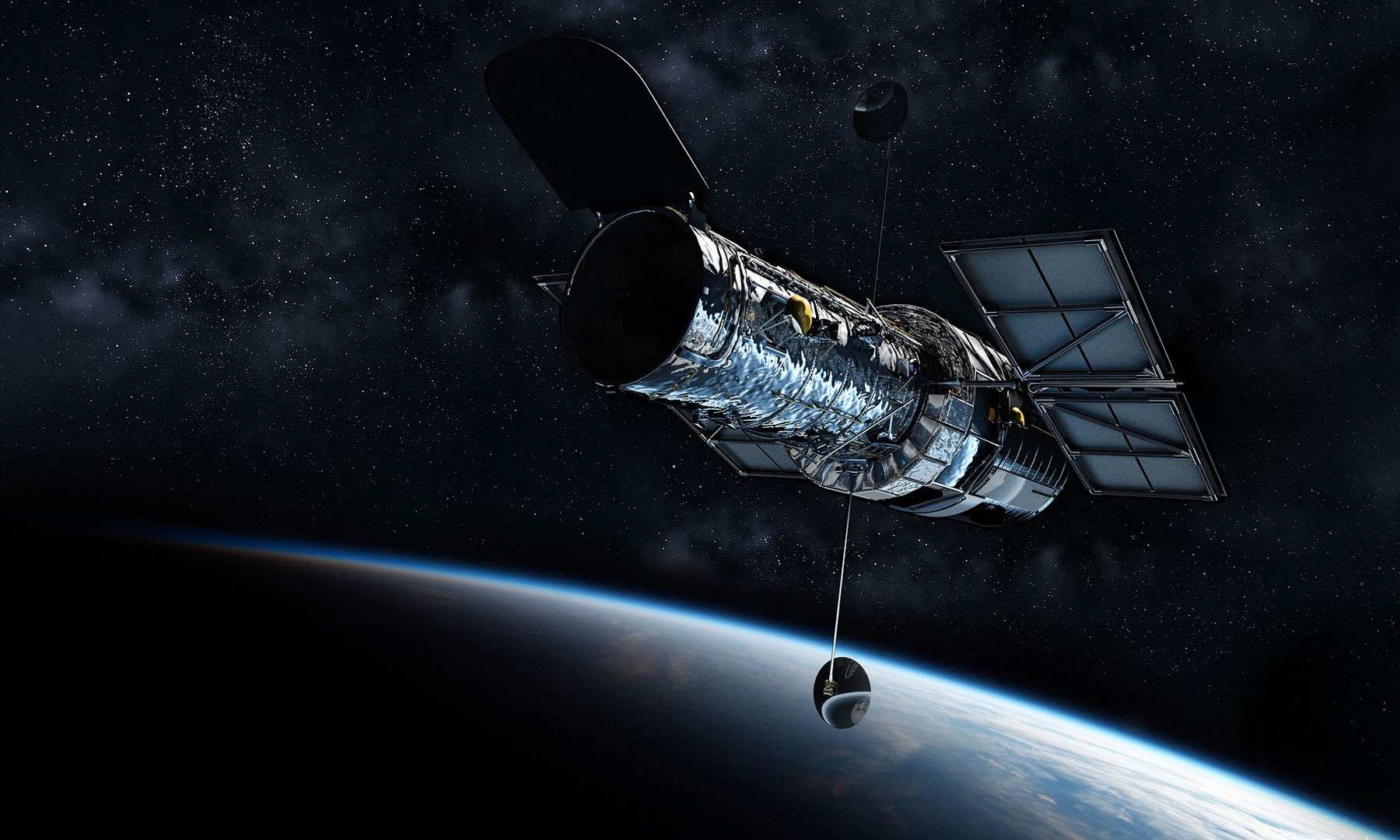 But back to the famous PLTs. Natural causes have been attributed to them as best they can: ice blocks that vaporize, volcanic eruptions, fluorescence due to solar winds, natural gas … For me, these explanations are of the same order as those invoked by the same NASA to UFOs: weather balloon, jet plane, cloud, solar reflection, etc …

None of these explanations hold up. They do not stand up to rigorous scientific scrutiny, and NASA knows that. Yet it continues to launch hacks. In good French, it’s called sleeping gogos. What is not so difficult, the gogos are already sleeping soundly. But the others do not believe it. They never believed it. It is high time to stop taking them for idiots. The most stupid in history are not those we believe.

The mystery of the double crater

Professional astronomers and other scientists have also noted other types of unexplained phenomena. An interesting example is provided by a double crater, consisting of two twin cirques, which lies on the greyish soil of the Fecundity Sea. This double crater presents behind it a singular white trail, reminiscent of the shape of a comet’s tail. Beer and Maedler examined it more than three hundred times, from 1829 to 1837. They studied, described, and drew with special care this lunar formation.

“The two circuses, they say, are absolutely identical to each other: diameters, shapes, heights, depths, colors of the arena as of the enclosure, positions of some hills welded to the craters, all are similar so much that one could explain the fact only by a strange game of chance or a law still unknown to nature.This double formation is still more remarkable by two streaks of light, similarly equal, rectilinear, directed towards the east.”  (source)

Let chance fall, astronomers, everyone knows that he does not exist. What you call “a strange game of chance” would be better named the trace of an activity produced by intelligent creatures, or to make short a caprice of the gods. And far from me the idea of ​​making a whole cheese …

In any case, “this description is so detailed, the assertion relative to the perfect resemblance of the two circular mountains is so precise, that we can start from there to make absolute comparisons.” Nothing is more curious, I will say even more mysterious, more inexplicable, note Flammarion, than the result of these comparisons.

But the most curious thing is that these craters seemed to change shape. In 1855, Webb found that the eastern crater was the larger of the two, and that the western, smaller, was extended from east to west. “The difference between the two craters, in shape and size,” says Neison in 1876, “is evident today, even with the weakest telescope.”
However, Klein adds that, according to his own observations, in 1877 and 1878, this was no longer the case.” (source)

Yeah. Looks like it’s an artifact. Nature does not take pleasure in repeating two identical forms, which, moreover, are so close together. I come back to the extraterrestrial hypothesis. Selenites-this is the traditional name given to the hypothetical inhabitants of the moon-could be the creators of these craters. By laziness or negligence, they made two identical ones, one obviously being a copy of the other. It is as if, knowing that he was unmasked, the authors of this masquerade had wanted to change the shape and size of the craters, to stop attracting the attention of human observers. Bad luck: they got the opposite result … although in the end, very few people are interested in these phenomena, which they consider anecdotal.

The moon is ringing

Do not scream at the plot too quickly, even if we are right to wonder why so many facts are hidden to us. Among which the inexplicable resonance of our satellite. During the Apollo Lunar Missions, US astronauts were tasked with launching useless rocket elements on the moon, so that the impact would allow calibration of seismographs. The impact, violent as it is, allowed much more. At each launch, NASA seismographs recorded vibrations of a disproportionate intensity and lasting from one hour to three or four hours, much too long to be honest. As if you hit a gong or a drum … which tends to prove that the moon is hollow, and that its outer shell is not very thick. But that, I already told you.

NASA has another explanation. For the US agency, the internal structure of the moon is not a solid mass. It is an amalgam of stones on which the seismic energy rebounds all the more long as there is an extreme drought. Yet, on March 7, 1971, “one of the instruments of Apollo 14 allowed us to observe a series of waves of ions characteristic of water vapor, waves which have been described as intense and prolonged.”  (source)“La lune n’est pas celle que vous croyez” by Kim-Anh Lin, Nexus (french edition) # 122 We knew that ice was everywhere on the moon, but for fifty years we are sure to find liquid water too. 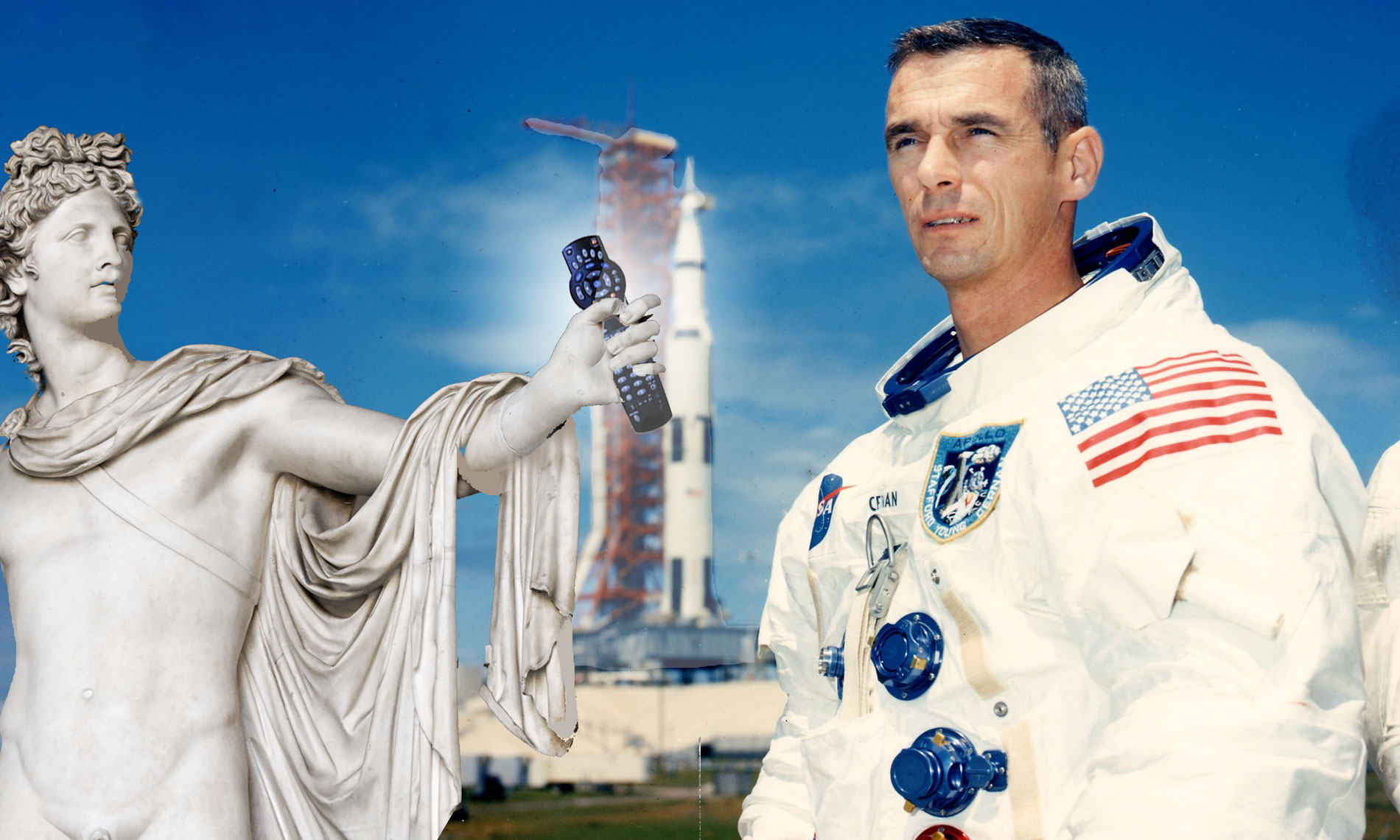 In short, these explanations which are not contradict each other and cancel each other out. The moon is ringing? Reasoning. Just write the result right after the = sign and the light is made. And the result will appear, clear and straightforward. All these phenomena are not natural. The moon is not natural. The moon is a satellite, yes, but an artificial satellite. One could have wondered why neither the Americans nor the Russians have returned there for half a century. They would have needed it to facilitate the conquest of space, as they say. Instead, they preferred to collaborate on an overpriced project: the International Space Station (ISS) launched in 1998.

Why invest so much energy, intelligence and money in the hazardous construction and in the ruinous maintenance of the SSI while the most sumptuous free space platform has stretched us forever? Why not make the moon an SSI? Because it was already one. And because it belonged to people more powerful than us. This SSI-there means Intergalactic Space Station. The moon is the SSI of the terraformers. The observation station of our bosses. A Terrestrial Observation Satellite (TOS).

And now the Americans are going to Mars. But not on the moon. Finished the moon. Striped projects. They went there, they got it, and the Russians too. The Chinese are not in the secret. In turn, they engaged in a lunar program. They will soon understand their pain. They will not go. Or if by chance they ask, they will not return. And in a decade or so at most, they will join the US project of terraforming planet Mars. Like the Europeans. While it would be much simpler for everyone to arrange the moon …

That is my conclusion. I have already delivered it to you as my astral explorations could have revealed to me. That is why it was important for me to retrace in an article based on scientific sources the different facts that support my hypothesis.

The moon is artificial, it is inhabited, it is taboo, you have to look elsewhere. NASA knows it since the sixties. The Russians since the 70s. It is the burden of this terrible secret that ended the cold war between these two powers. And that cemented their spatial collaboration.