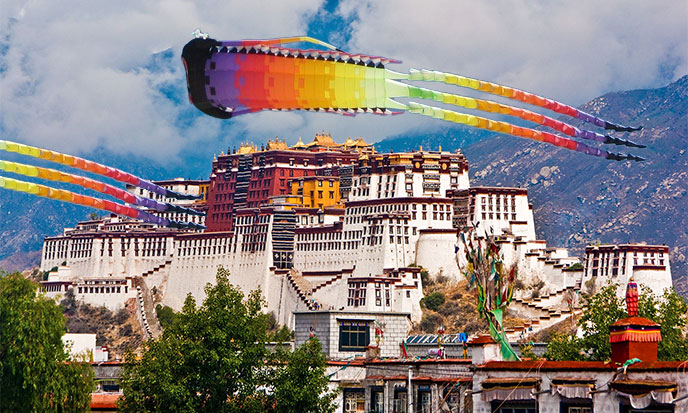 From Ramos of Hyperborea to Rama to the Emperor of the known world, a hundred faces of the god Ram, a seducer, a peacemaker, a prophet and a sanyasin, a prince of wisdom at the heart of Western initiatory teaching … and we have forgotten everything.

Rama was born, Rama reigned, Rama is dead. Centuries, millennia have passed. Now that all memory of him was carefully erased by time and a few unscrupulous zealots, we are left to raise his mark in the many testimonies that Rama has left in our language, in our beliefs and our religions. Let’s start with Christianity. Why did Jesus repeat at will: “I am the Lamb of God”? Because the mother tongue of Ram the Aries was a Celtic language. In former Celtic, as in modern English, Lamb or Lam means a baby ram. 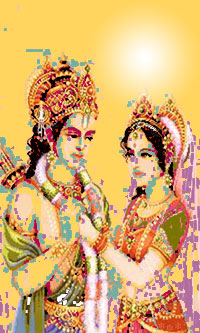 After Rama the brave came Lama the monk. Lam is the son of Ram as the Lamb is the son of Aries. The Lamb of God, Son of God, then, means the son of Ram. As for Islam, first syllable IS signifying the agreement of mother goddess Isis, who gives enlightenment, and the second syllable LAM signifying the divine lamb, the son of Ram of love, Horus the Son … Islam has kept other signs of Ram, as the Atlantean lunar fasting, Ramadan, which breaks down into Ram Adan or Ram Adam. Fasting of Ram or that of Adam, the race of Ram. This association Rama and Adam is not unique to Islam.

In India, the isthmus linking India to Sri Lanka is called the Rama’s bridge or Adam’s Bridge. The Koran or Co Ram is the Ram code, well composed millennia before the birth of the Prophet Muhammad. Recycling, handy recycling, you have not been invented by ecologists.

The passage of Conqueror RamaKshatriya warrior to Renouncing LamaBrahman sanyasi is a spiritual life path that can be found wherever the Atlantean spirit has left its mark. It is the initiatory path of the Atlanteans. In the Tarot of Marseilles, whose Atlantean origin is provided for me, this passage translates the arcana XI Strength interrupted by unnumbered arcana The Fool. This passage of Strength to The Fool is found in the spirit of medieval chivalry, where different phases of life are necessary steps in the quest for the Grail.

Such a change from strength to softness is found in the Hyperborean legends with the wild warrior Cuchulainn who became the peacemaker Kukulkan. It is also found in the life of Ram himself: – first the Father, Strength, Warlord Ram – then becoming the son, love, peaceful Lam, Lamb of God.

It is equally found in different phases of life of a saddhu, a Hindu monk. It is also the spiritual adventure of Saint Paul, mass-murderer of Christians.

After being dedicated entirely to brute force, Saul of Tarsus suddenly knows his redemption on the road to Damascus. Saul became Paul, the most faithful disciple of Jesus, one of the first saints and the real founder of Christianity … with Constantin, of course! We find the same pattern in Saint Augustine, who leads a disorderly life first, debauched without restraint, before experiencing enlightenment and inner conversion. More recently, Charles de Foucault had the same peaceful revolution. 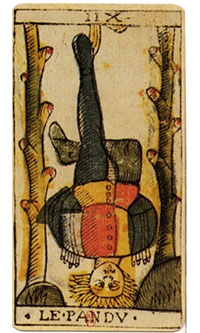 Here is the teaching of Rama: more violent is the Strength, more fruitful is the flop of the arcane XII The Hanged Man. The harder they come, the harder they fall, says Reggae Bible. Such a sudden change of view will likely bring The Fool and total liberation. More black and hard is Strength, purest is The Hanged Man’s clarity. At least, this lesson is worth for those who have in them something of the spirit of Rama. The same powerful life lesson is found in the Tao. “Anyone who is aware of his power and knows how to keep the sweetness of womanly, this one has the Tao in his hands.”

The Atlanteans pacifying influence is everywhere in the Tao Te King as in other ancient writings of Chinese wisdom.

This marks the influence of Rama to ancient China. Should we be surprised? China has always been susceptible to spiritual influences from India. Thus Buddhism born in India, is nowadays much more practiced in China. And remember that Rama ended his days on the high Himalayan plateau, close to China. Under the title of Lama, he laid the foundations of what would become today Lamaism Buddhism. Chinese wisdom recognizes the coming of a white Buddha who pacify China in the distant past.

This is Rama, or Lama, I do not doubt for a moment. This also allows me to date the sumptuous and sublime reign of Rama around 8000 BCE. Just ten thousand years ago …

What was really the message of Lama / Rama? The historic Buddhism is superimposed on the first message. This has blurred the outlines, changed the pattern, veiled the colors. Hyperborean druid Rama came to this earth with a mission. Restore the necessary harmony between the sexes. The whole world had just suffered the terrible yoke of Matriarchy. After a peaceful golden age, that of Hathor, in the era of Taurus or rather of the Sacred Cow, the matriarchs had left the absolute mess settle around. Amazons squadrons were sowing terror in males who were hiding for their lives. The gender war was raging, and the women were going to win it, resulting in the near extinction of the human males … 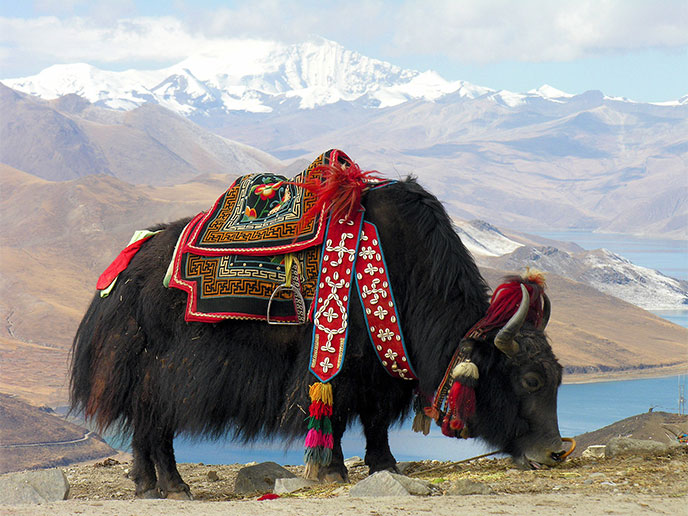 Rama is therefore part of the divine plan conceived by the astronaut gods in the mother ship Hyperborea to save our species, which belongs to them. Ra is the male principle, the Unconquered Sun, and Ma is the Mother Goddess, the Endless Sea. The union of Ra and Ma, such was the sacred mission of Rama. Has he fulfilled it? Yes and no.

Yes, if we consider that during the two thousand years of his reign, the era of Aries, harmony reigned between the sexes and clans. The benevolent pacifism of Rama precedes the Christ message. But Jesus lost while Rama succeeded.

No, if we see that at the end of his prodigious reign he was blacklisted, tried as a traitor, debunked of pedestals, banished from Western memory — and his major work stopped dead. What was his crime? His work precisely. Wanting to reconcile women and men. The new race to power, called the Heroes or the Patriarchs, did not want for anything relive the horrific excesses of the last days of Matriarchy. They needed to erase even the memory of those awful women, who made their ancestors suffered so much.

Thus the Great Goddess Anu or Ana, the Tuatha call Dana An, has been transformed into a great god Anu, all-powerful head of terraforming gods Anunnaki. The original goddesses became gods, any female track has been hunted, eradicated, burned, distroyed so that even the most tenuous memory vanished.

Thus all countries of the world still treat women as inferior people, while respect for our mothers and the happiness given by our sweethearts should be more than enough to their universal adoration.

Normal, spontaneous reaction, doesn’t the infant cherish its mom more than anything in the world? By what dreadful brainwashing this charming babe becomes a sexist bastard? Nice work, today’s education. Beautiful results. It is high time to remember, and to forgive. So that finally, at last, enfin, we move on.