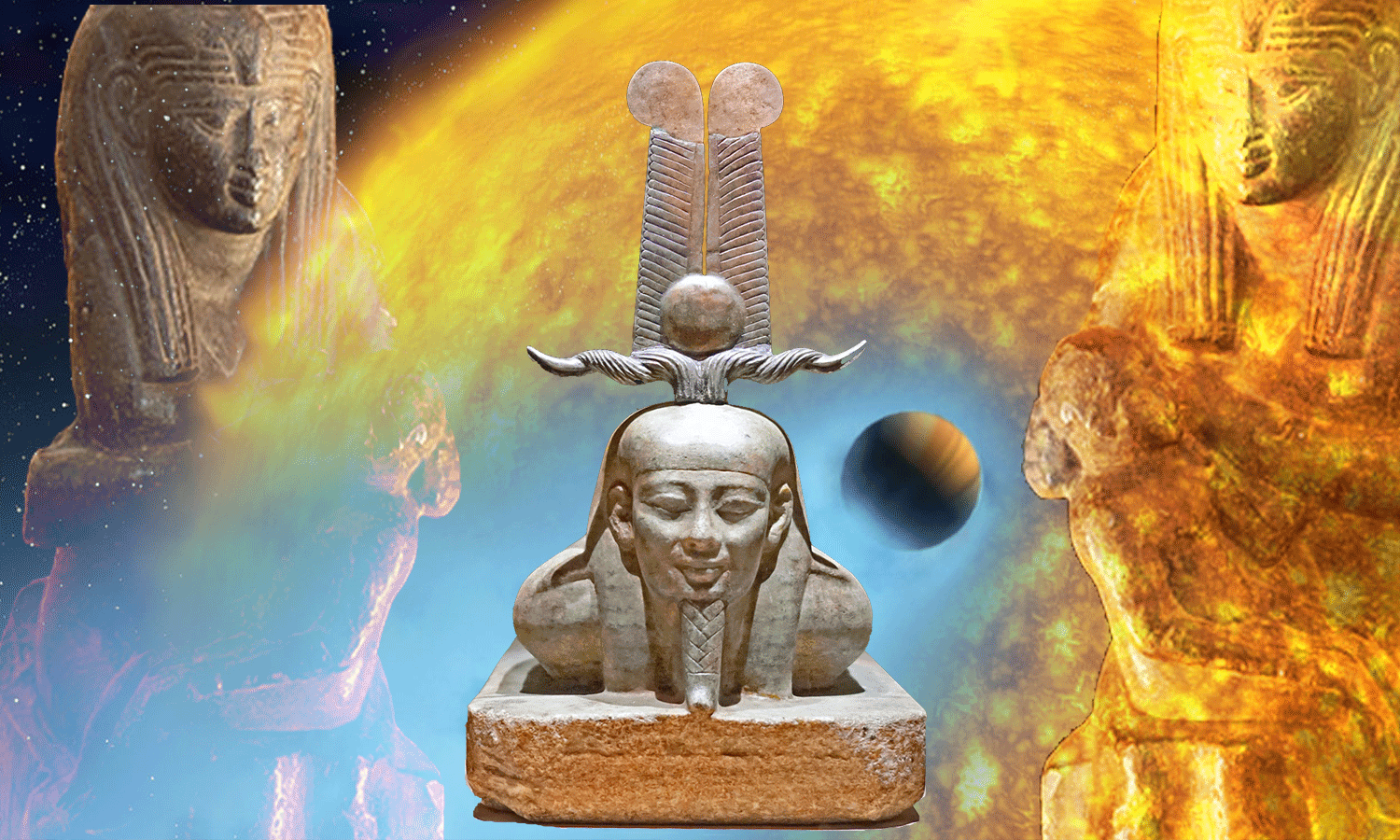 Osiris is the Greek name of a god from the Egyptian mythology. For the sacred science, Osiris was above all a great prince of Atlantis. It was also said that he and the Titan Prometheus, from the Greek mythology, were only one person. And the same with Enki, the Sumerian god. 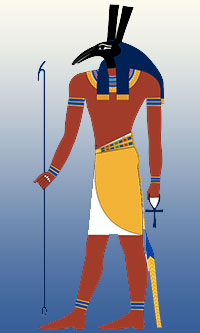 There are several versions of Osiris’ myth, the latest was transmitted by Plutarch. Geb and Nut had two sons, Osiris and Seth, and a daughter, Isis, who became the wife of Osiris. Feeling his end was near, the old Geb gave the world in out-sharing to his two sons.

Osiris inherited the Double Land of Egypt, while Seth the sterile had to make do with the Red Lands, the deserts bordering the Double Country of Egypt – which is found in the Pharaohs’ double crown. Southern Egypt, white, and Upper Egypt, black. The legend makes Osiris and Isis some sovereigns benefactors. Osiris taught humans the rudiments of agriculture and fishing, while Isis taught them weaving and medicine.

“Meanwhile, Seth was reigning over the desert and hostile countries. Jealous of his brother, he planned his assassination. During a banquet, Seth offered the audience a beautiful chest, promising to give it to the one who would fit perfectly in it. Coincidentally, Osiris was the only one to succeed.

No sooner was he inside that Seth did close the chest and threw it into the Nile, where it went to the Mediterranean. Osiris died drowned and that is why he is often represented with a face of blue or green color. Isis went in search of his body, that she buried in the land of Egypt. Seth found the tomb, cut his brother’s body into fourteen pieces that he scattered in the Nile.

Isis, the faithful wife and widow, found the body’s tatters of her beloved, except the phallus, swallowed by a fish.

She gathered the wounded body of her deceased husband, with the help of her sister Nephthys. She embalmed the corpse, assisted by Anubis, giving it one last spark of force. When he was temporarily revived by Isis, who blew life into him, Osiris could fertilize her. She gave him a son, Horus, “The Avenger of his Father”, who fought his uncle Seth in some endless games. The court of the gods finally settled: Horus occupied the throne of Egypt, as Pharaoh after his father. (source)wikipedia  How could Osiris fertilize Isis, without a penis? The legend says that his widow Isis has crafted a spare one with clay. As we have seen, clay is a very particular matter.

We hypothesized that clay was a catalyst or an active agent in the genetic operations to “create” our sub-species. Thus the penis of clay could evoke a post-mortem fertilization using the DNA of the deceased. So no need to bring him back to life to justify his progeny. In this case, the body in pieces, the resurrection, this whole fantastic and improbable story would just be the clumsy description of a genetic manipulation and an in vitro fertilization.

Anton Parks showed how the Anunna have produced our species by genetic manipulation. He shows in a new book that the biblical and Egyptian traditions come from the Sumerian tradition. If Osiris is Enki, the Sumerian geneticist god, Isis is also a brilliant geneticist. The only problem is that our species originates hundreds of million years ago. Either the Anunnaki gods did not create us, or human memory is able to go back a really amazing amount of time. What about the law of oblivion? 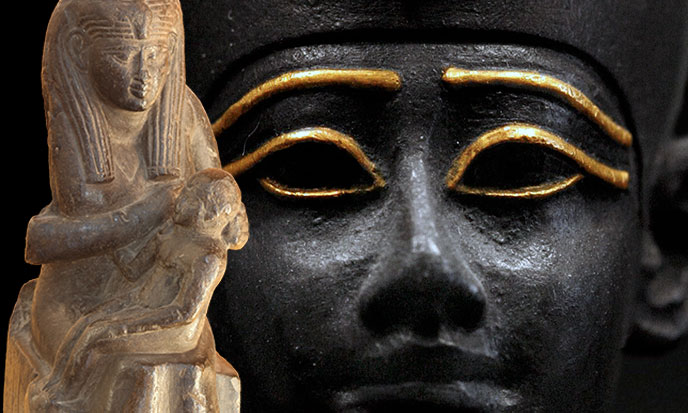 Who Are You, Osiris?

Osiris. What does it mean? Well it is not easy to say. “Its translation presents some difficulties and several hypotheses are proposed. Thus, “ousir” or “lousiris”, according to an old spelling, has been translated by “Home of the Eye”, “The powerful eye”, “He who makes his throne”, “The seat of the powerful”, “He that she handed back to duty”. His Egyptian name is Ousir or Asir; he was also called Unen-Nefer (“The eternally beautiful”), Khenty-Imentyou (“He who leads the West”, ie the dead) or Ousir Kem-Our” (The big black) (source)wikipedia

Let us consider these different translations, and see where their study may lead us. First, “Home of the Eye”: which eye is it? The Sun, suggests Wikipedia. Not necessarily.

If we compare the first two assumptions of translation, “Home of the Eye” and “The powerful eye”, we can imagine this Eye as a Super Eye, which sees what is hidden to an ordinary eye, as in another probably cousin culture, the mirror of Tezcatlipoca. In this case, the name Osiris might mean: The one who Sees Everything.

“He who makes his throne” might mean the first to rule a throne. As Gilgamesh who was said the first king of the men, Osiris, in fact, was the first Pharaoh, the first chief and guide of the archaic Egypt.

Mythical country which merge, to Albert Slosman, with the distant Western country, Amenta, or rather Aha-Men-Ptah, the first heart of God. All of this can only reinforce his great hypothesis: the god creator found in most traditions would be only one character.

A superhuman who would have, in a very remote past, brought life on this planet ravaged by a cataclysm of high magnitude.

Slosman saw that the gods are known by multiple names at the discretion of eras and countries. He believed that we could bring them all to one. I don’t agree. The Terraformers who came to this planet to retype it and educate an evolved species, those famous superhumans, also called the astronauts gods, you see when they’ll come back how numerous they can be. More numerous than the grains of sand in the seven seas.

No coincidence for Osiris

There remains one last translation of Osiris that Wikipedia does not mention. Cairo University is called Al Azhar, which is usually translated as Osiris. By obscuring the fact that this name is also the origin of a very common word: chance. Ousir, Azhar:ie chance apart from the accents, same spelling in Arabic …

Why is chance Osiris? Many interpretations of the myth remain possible, including the piloting of humans by the Watchers, the Nephilim, aliens who influence us. I prefer this one: Osiris like his wife Isis are the best that happens to humans: awakening. Clarity of mind. The mighty will. It is thanks to the fireballs of the sky, which are the emblem of Osiris like that of his wife, that humans know awakening: such is the gift of Isis.

Thus, the eternal second will survive in the memory of men only through his wife the powerful Isis. And by his son Horus, a solar character again, just like his grandfather Ra.

Only Osiris is lunar, doomed to penumbra. In this dark part, he fertilizes his consort beyond death itself. He becomes the eternal husband, the eternal father. Finally, probably for racialist reasons, he will fade from the Isis-Osiris-Horus trinity, it is his son Horus who will take the limelight surrounded by two women, his wife Hathor and his mother Isis.

The secret of Osiris, the main one, he has never made a secret. The great god was of Nubian origin, and his skin was black as ebony.

All great truths begin as blasphemies.