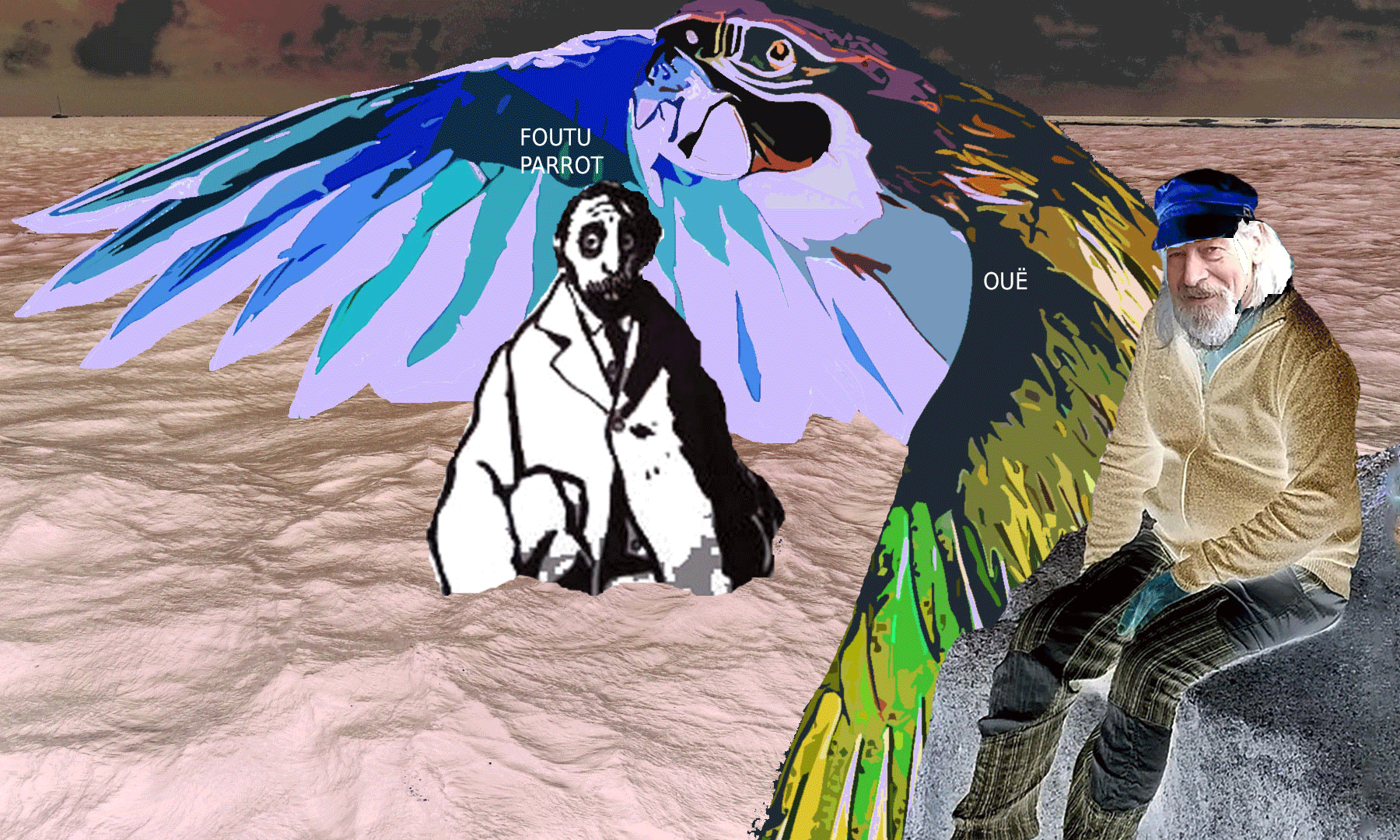 In the shade of a thousand-year-old fig tree which grew as if by chance at the corner of the boulevard and in the small street, Old Patate was awakened. He crossed worlds, an infinite variety of ethereal planes, then white light transformed him.

Enlightenment made a new god of him: Sri Patate, the divine Pat, the all-powerful sar Maëkamaë Kahn-oëpe-daloë, Vimanamoïnen Endaloë himself. But I still call him Old Patate, and I’ll always call him that, his true name, watt you want.

Alt Kartoffel Pockatoo Cockatoo was the Papageno of the slums. Ah there were long names and convoluted titles, old tile. But not for me, thank you. Old Patate is done with the hassle of organic life. He turns divine like old wine. That’s it Tit. Not divine he’s been actually. Worse yet, he’s dead.

Wha’d’ya think? Awakening just killed him. He’s gone where all things go, in the old bottom of a black hole. He spun like a rocket. Not a word, not a look, not a single hope of return. Some scientists say light can come out of a black hole. How does it do this? Some scientists are not sure. They speculate. They imagine. Just my imagination. What else could be done? They do not have the organs of perception of the mysteries. So they grope. In the half-light they fall. In the grave they sink. Finished. Forever forgotten.

Il Vecchio Patate did not have a better lot. He has been forgotten like other sages of the world of the dead. Who still talks to them? I have only a few competitors. It’s a great sin, spoiled source.

Deny the windfall. Give birth to hatred. Wound the seed. Here’s why.

The geniuses before are happy to pour out. They told me many secrets that I hasten to repeat. In these pages. Hey hey hey! I have the right, but not the means. Not quite. I can have them with your help. Giving is little. For me, it’s living. So I know how to receive with humititude and total grality.
-You mean with graffiti and total humidity?
-That’s what I said. 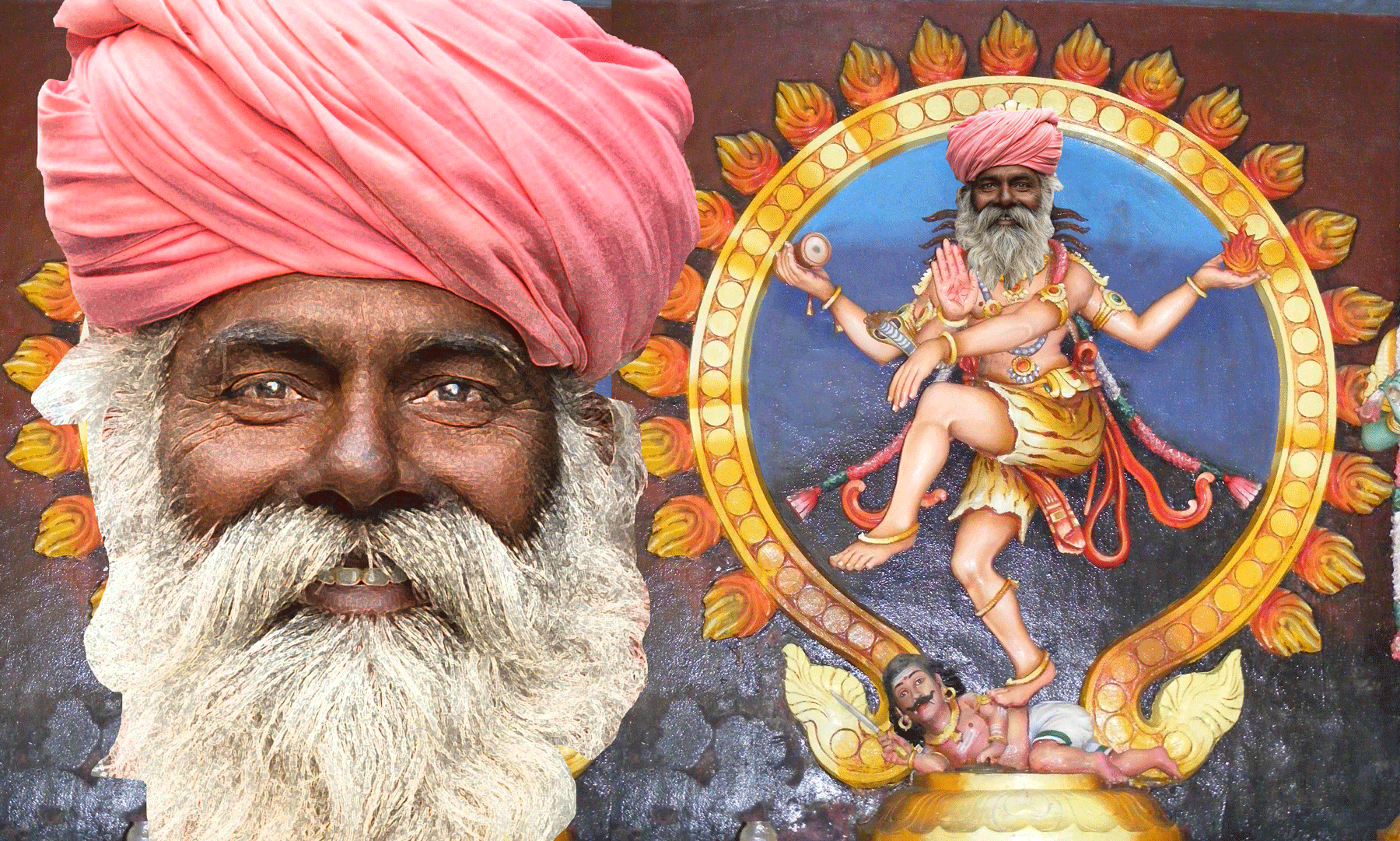 As soon as I left, I found myself not happy. Not at all happy and very stupid as a result. All alone and lonely. Totally lost. Isolated. Without landmarks. Dismembered. Screwed up. Fucked off. But above all very very very alone. Damn it looks! We see the void through the boards! And then life resumed its course like a good bulldozer which passes and which passes again history to level the sufferings, to level the passions, to shave the puffs of nostalgia. Make it clean, what. Presentable.

Yeah … On top of that, life flowed like a claquos out of age, it reminds me of the old man, yet it hardly happened to me lately. Gone the old man. Also gone my buddy Devic, Flornoy. All gone, bitch of life bitch, may it last a long time!

But barely gone, my dear posts, the devil has dropped the curtain. Hard and deep. Under six feet. Have a nice sleep. Which gives me an old urge to leave too. Leave these tinsel, this old skin, these old bones. Be reborn? Maybe baby. We’ll see. For now, everything is okay. Hope it lasts. Everything is getting so hard! Going home is such a ride. Can’t wait till the turning tide. That is not due. Can not continue.

Any question? How did I manage to skip forty years without feeling them go by? Thank you for asking, Mister King. Difficult to explain, ma Reine, since I don’t get it yet.

Funny, fuzzy and zygotomatic. I would laugh if I was in the mood.

One of the crazy people who scare

Here the time returns
To talk about the mourning of sunny days
Autumn after so many winters
Here comes circular time
All things planned are done
And so many others too
Remain only me
Without soul, without friends,
My gray head and me
Until the fold, until the port 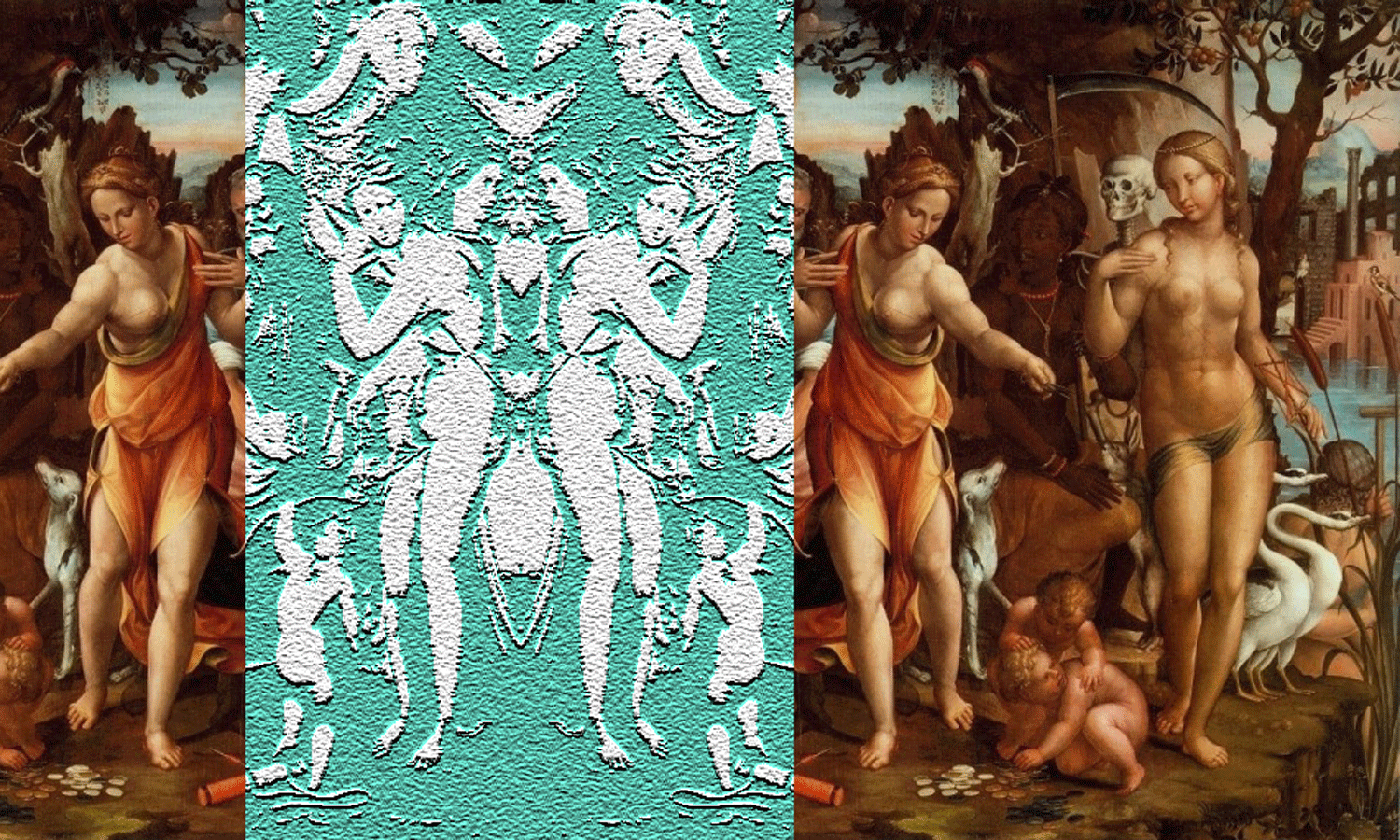 All the young against all the others, mature or old. The new world against the old. It is a pop opera That I wrote and composed in the 70s with the mother of my children. It recounted the cynical and disillusioned exploits of an 85-year-old anti-guru at the head of a planetary insurgency movement. The anti-guru was directly inspired to me, in the 60s and 70s, by the striking and funny personality of Old Potato. In the opera it is called String. String Knight. That’s all him, spitting image. This text and this music are becoming more and more contextual. I doubt I can put on a pop opera before I leave you. Would it only be audible to current ears?
Pat where are you?

Let’s sum up. I don’t know if Patate is lost, but I am. Since him. I didn’t get over it. Hard to survive him. Hard to follow him. I can’t do either. And in this cruel dead end, even this good Castaneda can do nothing for me. He did not excel by the effectiveness of his questioning, the guy.

It is important to have several models in case just one is too dangerous. What happens as soon as you place your trust, your hope and your destiny in the hands of a vain idiot or a Christian saint, it is quite one.

Ear stumbles, dico slices. Google knows? You too. Trust yourself, it’s YOUR life, it’s YOUR dance. 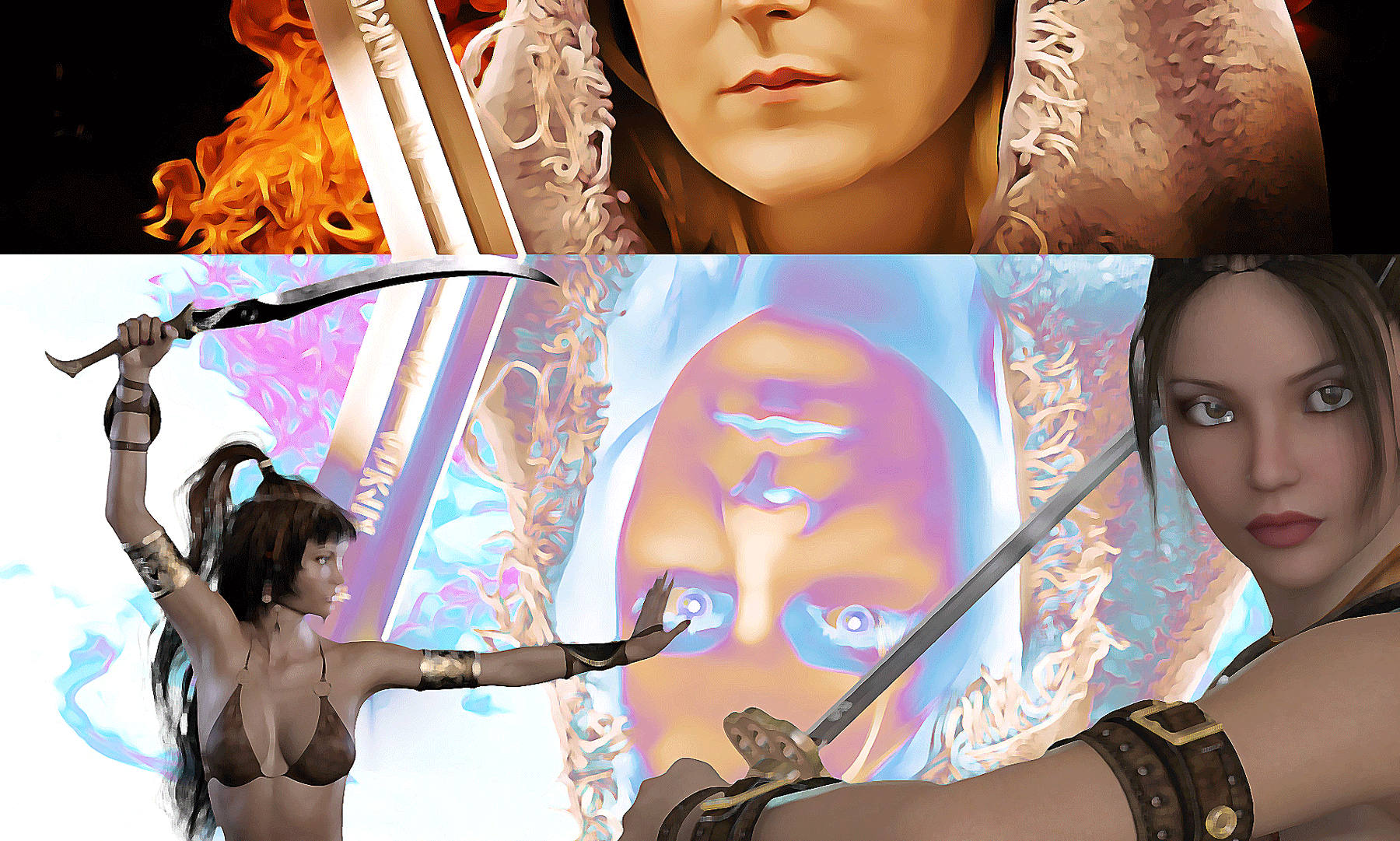 Fucking amnesia! If I could find a few snippets, catchy headlines, news, names … This time that has passed while I was looking away leaves me with nausea, fever and chills. As one can deceive oneself, it is hardly believable! The plot is internal. in my guts, he cries out for revenge. He is crying out for famine. It crystallizes my disappointments, my newfound illusions, my great weariness towards mankind.

Amnesia is a disease whose name I forget. (Maurice Tillieux)

Oh yes. I was the one who left. I flew away when Patate turned his back. Loosely I left as a traitor does. Erase myself in the felted. Cunning like a sly, false like a deceiver. Facing pest, do your best and make your nest, as they say. I don’t get but sounds allright. There Patate is a hundred leagues behind, I won’t turn back I’m on my way, tomorrow is not yesterday, and my year is a day.

And that’s why. The absences, the lack of knowledge, the immense unconsciousness, the inconstancy. These years of offenses passed in silence. I am ashamed of myself. That’s why. The departure at the wooden bell. Without suitcase, without papers, without change. In the street, rough and thick, get lost punking punk, crawl away, you noodle nest! Shenanigans of yours are but.lacunar manuscript

There are more things in heaven and earth than are dreamed of in our philosophy.