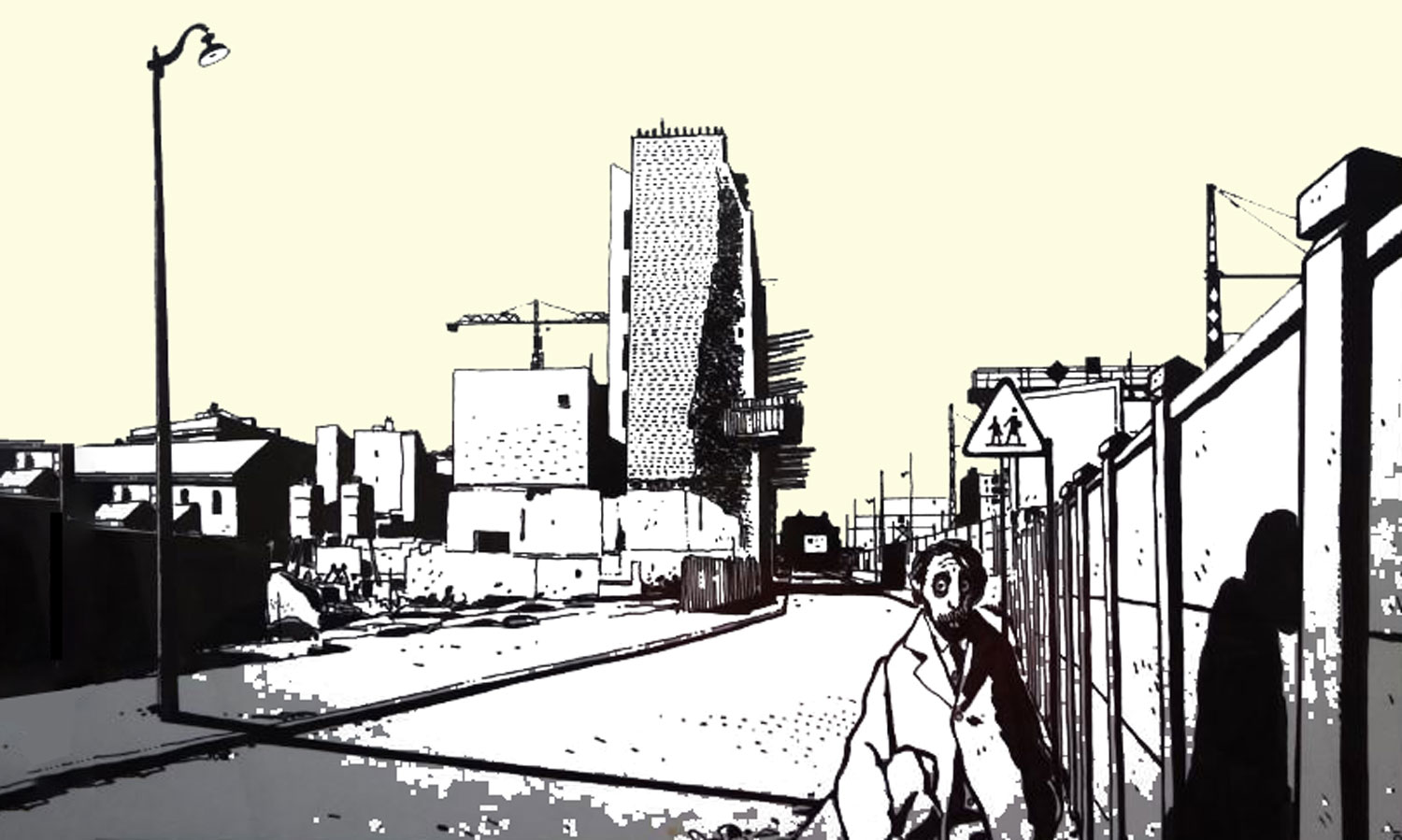 He lived on little and nothing at the corner of the boulevard and in the little street. This is where I have always known him. People called him Jojo the Clodo. The gossips never called him, he scared them. The surly called him Fuck Off Asshole! Jojo didn’t care: this wasn’t his name.

His real name, the official, the little known, I can give you a luscious gift. Be good, choke the scoop and put a lid on it. Jean de D’Là de l’Eau de Là-Haut, that was his just and legitimate name, as he said, but I never believed it. I always called him Old Patate, because he was already old when I met him.

For years, on nostalgic evenings, my wandering footsteps carried me to his mobile lair, somewhere in this corner of town, at the end of this ill-famed district, deserted and wide open to the shadows of the night. This is where he felt at home.

He was dreaming, limping, hobbling like a beggar he was, coughing pushing his pre-war pram, which was the carriage of a bourgeois baby, the grand luxury pram, high on wheels, spring suspension, gray and blue sides separated by a cream net, nourishing colors in those fifties of famine and ration tickets. But yes, perfectly. They were in effect until 53. Tickets, not old prams.

Bad memories of the Boche years. It’s ugly. But what do our German friends think? Vieux Patate didn’t give a damn about schleus. He conquered the world and its wonders, wiped out everywhere except this damn end of town that looks like nothing, his fabulous treasure, stuck between the tracks and gasometers.

I was what? Twelve? Sixteen? The age in any case to cross the City from side to side, meeting the bridges from the newest to the oldest, in the heart of the city, eyeing the ancient village on the hill, and then walking away again to the edge of the woods, with rare houses, lurking fears. Several times a week, I faced the fear that makes you grow. The stake was worth the candle, literally, because I always brought my batch of candles, new or not, taken here and there, to light up the filthy dungeon where Potato was hiding. He had neither water nor gas, nor anything that lights up when you push the button.

It was because he attracted me, the magnificent bum! Streaked with lightning, his head on the edge of storms and his feet firmly on the ground, especially as his soles had seen better days, he looked proud and smelled of carrion. I loved him, my Jo, you can say, as we love a garden, an enclosure, a memory still present. I knew for sure that the memory of all those moments spent near him would haunt me until my last day. So I gorged myself on him, I cheered, I watched, I swallowed everything and more, beautiful soil on which tales would flourish.

Ah the tales to Jojo, the tales !! He had a knack for it, a fucking knack for sure. If Babylon was told to me, I’d like it to be through her toothless mouth. He distilled iridescent wadded vapors in which appeared the stories he told me. Squeezing scout, I scan everything. I stock everything in my hard drive, to make it last. Lost memories of Ur miraculously recovered!

Precious Patate the Old! Very precious Patate le Vieux! He must be long dead. And myself, friends, have done my time … All my time. 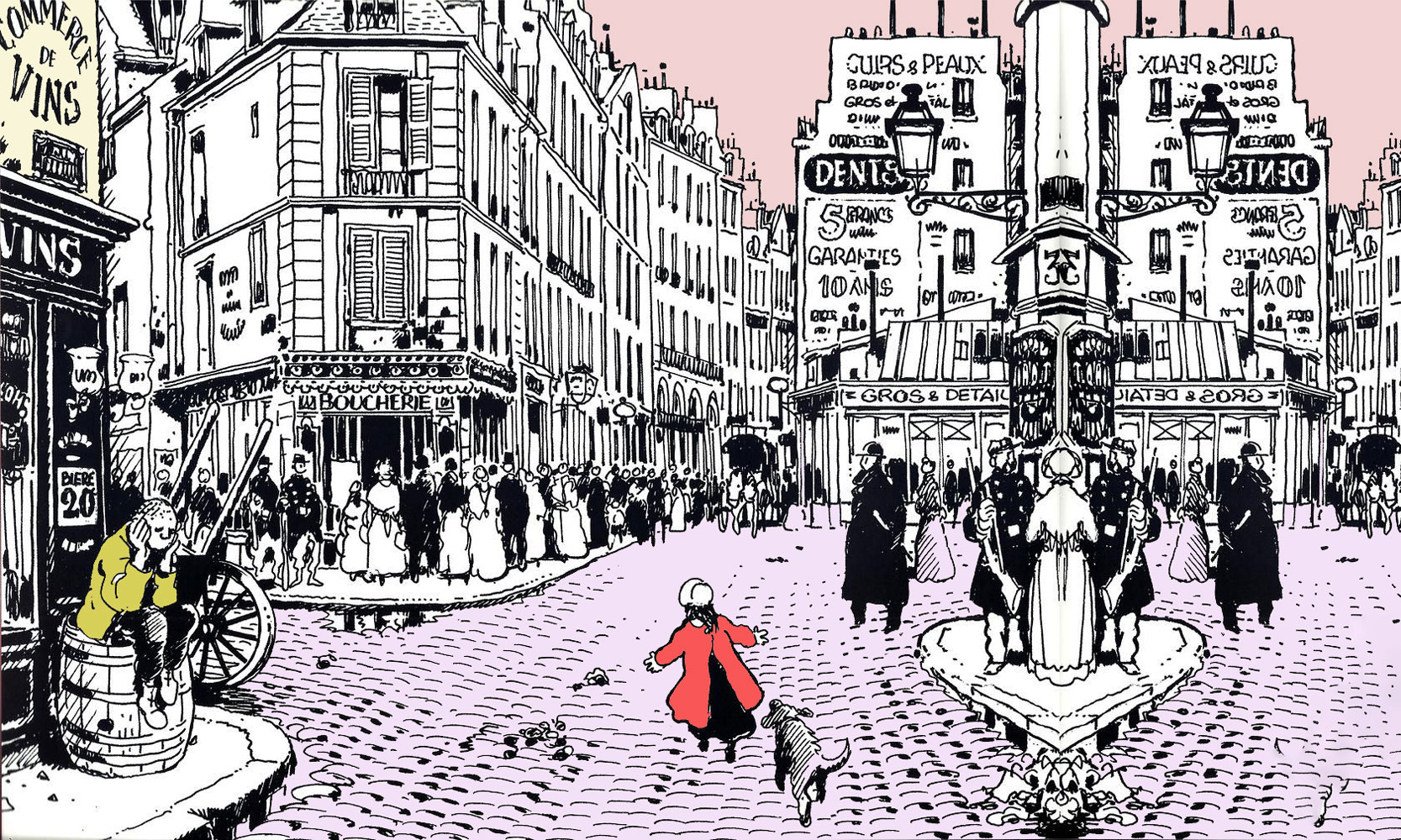 At the turn of adolescence, girls took an exorbitant place in my daily imagination, relegating the Old Potato to the dusty cabinet of childish curiosities. Young pimply cock, I got to thinking with my cock. And as they say, life took me in its arms, together we waltzed, jerked, rocked, lambadé, frolicked so much and more, until I woke up half-drowned on this morning beach, my body buried in the waste of the sea leash. Lost body and property in foreign land. Not the smallest memory of yesterday.

In vain do I dig myself in, remember, I only see you, ex-friend, false-brother, you who let me go in this galley, alone at sea, bitter fate, old bastard, I hate you, but you are me, so I hate myself, and we both fuck more. Name of a body! It’s mine !

Here I am a little reincarnated, not quite, but it is progressing. I feel like a dusty carpet that has been beaten and reshuffled until all of its hair falls with the dust. And it makes me thirsty, but thirsty! To deceive her, I conjure up a pear, it reminds me of myself, I see the bridles of life being organized, cinema in my head, and I am the hero.

Rather, anti-hero, what I see is distressing. Anti-heroes are not brilliant or brave, that’s even how we recognize them. Where the fuck am I? Guess I don’t know. Hesitation. My mind needs make-up. All those years that have passed like sand between my fingers. I am there on my rock where my ass laid blissfully. Take advantage of me. Come while I’m here. I have crossed all the mythical times, the giant millenia. Join the fabulous ride on my flying dragon.

You are one of the witnesses of the crossing of great waters. Don’t let him slip away. It was deep in the past. I have known seraphim with armed trumpets, charmed bursts; the overpowered smoke-breathing cherubim; I have frequented humans taller than an old pine tree; I have known elves, I have elf dwarfs in Bruxelles sur Senne; evening fairy, sweet night; morning fairy, day off. And at noon, a tarte tatin.

Dawn speaking, dawn speaking, do you read me? Hello Dawn, Horizon speaking. I read you five on five. Over. Read the edge of an amor without brake or season. Hello? Hello? Shit ! Line off! 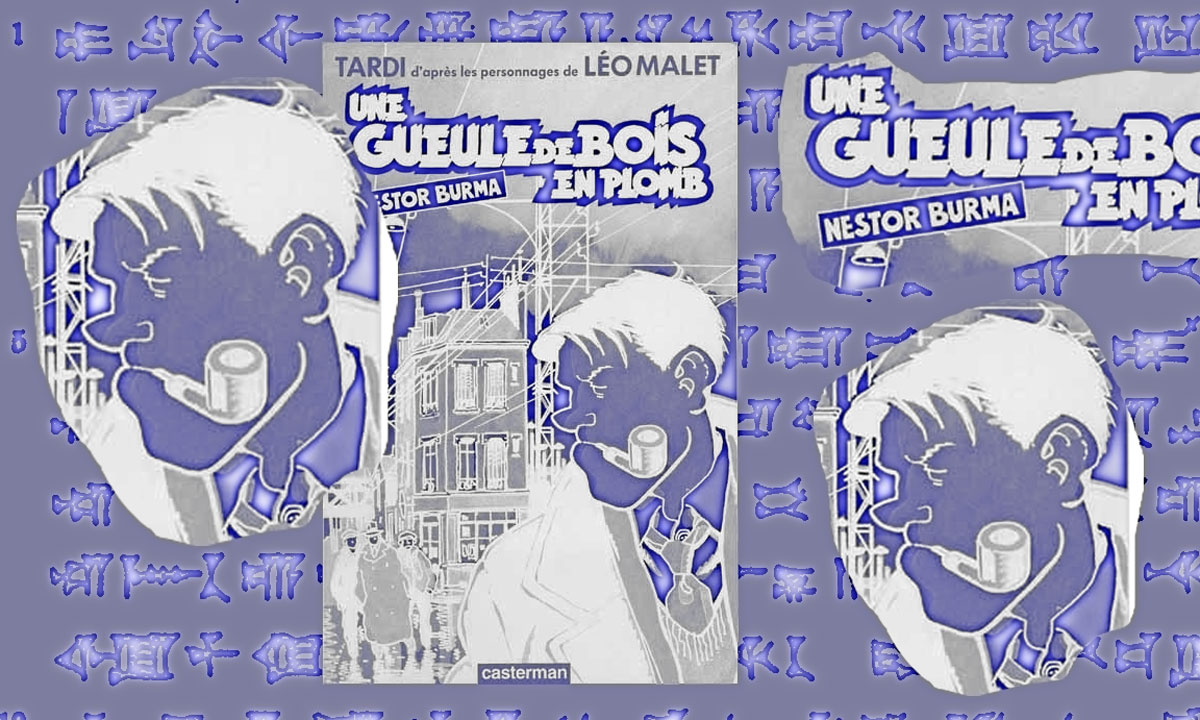 I have counted, recounted, and counted again. And never is that right. Right next door always. I told the lessons of the old man in my own way. The wealth of information he left me! For years, I did my best. I believe. Or not? Who will say?

Ah yes ! Why Patate? He still had the potato. For fun, he called me Fiston la Frite because of my favorite food. It’s potato too. Predestined. We had to meet, he had to tell me, the US Army had to invent the web and give it to everyone. All around. I take advantage of it, I edit, everyone will use it, as of right, of full choice. Free to you.