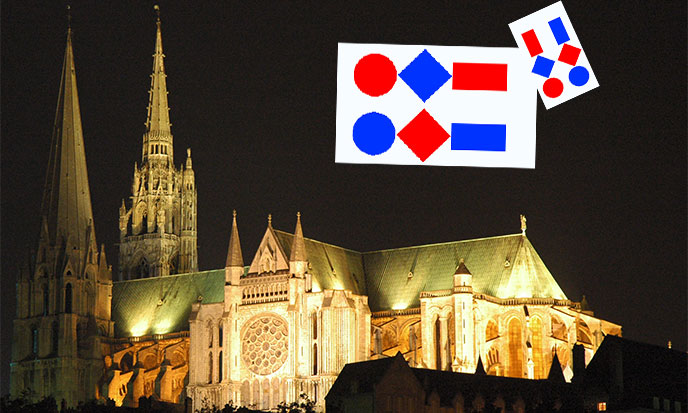 Chartres and its wondeful cathedral gather more than one mystery. Among them, the Tables’ mystery is one of the most secret, as you can see here.

The practice of the Middle Way is central to the daily exercises of the warrior. This Way, which has the perfect balance between reason and creative intuition, being both philosophy and yoga, action and reflection, instinct and control, this Way is the sublime realization of the Tao.

Many exercises can strengthen you in this successful practice. We have previously seen the terst dancer, here’s another exercise equally appropriate: the Tables of Chartres.

The “Tables of Chartres” are a meditation technique and mental training that French gypsies have been practising in secret for centuries. It is the most powerful meditation in western secret practise. Gypsies call the “Tables” a “Garden of initiation.” Pierre DerionIn “Traditions Occultes des Gitans”, Robert Laffont 1975 described the technique of meditation. A “Garden of initiation” has the traditional “Tables” arranged so that they can be contemplated, squinting slightly, until the two columns of geometric shapes superimpose.

So that a third column (virtual) appears between the two tables. Look at this third column  during meditation. Make it blue, then make it red at your will. This way of contemplating the tables puts the mind in a highly aroused state. It allows exceptional states of perception and meditative experiences. While your look comes to rest on the tables, your spirit can flourish at ease and gain access to normally inaccessible introspective revelations.

Attention increases significantly at all levels: visual, acoustic, physical and mental. One easily learns to consciously establish a state of hemispheric scale, and often one can even observe the contents of the subconscious. The eyes and vision may also enjoy: practitioners often report improvements in their net and lasting vision.

During meditation the red and blue geometric forms serve as anchorage for the eyes and spirit.The right eye looks at the left column, the left eye to the right column. Must squint a little – and, if necessary, use a finger to guide the eye. George Pennington, in his book “Die Tafeln von Chartres”(Walter / Patmos 1994) discusses the effects of meditation on body and mind as well as psychological and philosophical implications. This book is essential reading for those who want to seriously apply this meditation.

For those who had managed to turn the two-tone spiral given higher in this page, here are other spirals that also provoke special visual phenomena.

Each spiral has been developed to induce a special emotion or feeling. It is up to you to identify and name it. You will have acquired so a position of assembly point, ie an inner way to find for sure a particular emotion. This is the metaperception.

That is that way the mandalas work, these drawings of meditation in mystical India. That’s why I encourage you to carefully calibrate these various spirals, in order to capture the effect, and feed your soul.

These spirals can be used as a meditation support. You will get through them inner travels. Try on your screen, at least if large enough, no need to print these images.

The light projected through the colors is involved in the feeling, so a paper version would be less favorable.

After practicing these exercises for several minutes, try to gradually increase the period of hypnotic contemplation. Let emerge the images, sounds and smells that come out of the loop. Do not judge. Do not sort. Let them come to you.

Welcome them as what they are: a message from your inner guidance. A bottle you’ve thrown once into the sea of time, intended for the one you are today.

If you appreciate this work on optics and metaperception why don’t you try a beautiful collection of optical illusions?

I was defining the Middle Way as the best way – the only way actually – to avoid deviations to the right and to the left. Another equally effective practice consists in reducing deviations to the top and to the bottom. This may seem surprising, yet it is the teachings of the arcane XIIII of initiatory Tarot – Temperance, mother of moderation. Blinded by the light and the coming powers, the warrior without Temperance stumbles and falls into the darkness of the ego …

The Tao too points this rule : “Accept benefits as well as accidents, with detachment, keeping the peace in your soul.” Rejoicing with excess causes an equally excessive backfire depression. On the path of awakening, the warrior will refrain from violence and beware of clarity. “Violently Happy” Bjork sang. Violently happy on friday, on sunday you will cry violently. 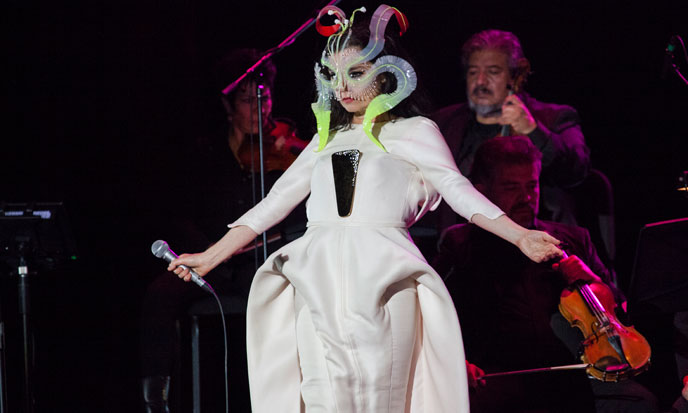