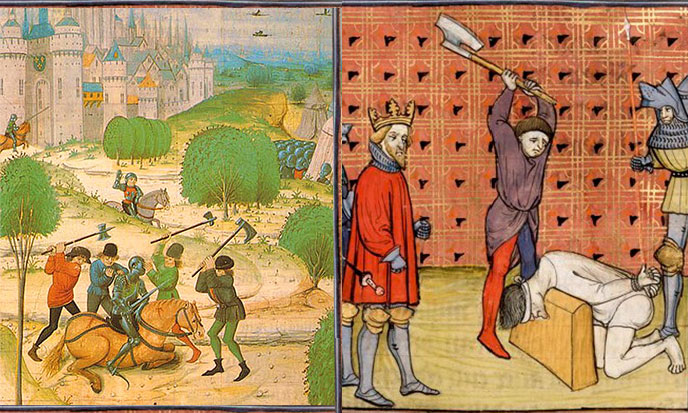 Gifted builders or repulsive monsters, convinced Christians or followers of the devil, or heirs of Atlantis fallen from the sky in a dilapidated vessel, are the Jacques or Cagots real aliens? Or not? The gifted companions who built the cathedrals could be those strange individuals fell from the moon or elsewhere, who were called Cagots? I think so.

Initiated in a very ancient tradition – that of energy building also called sacred building – these men of great learning possessed the intricacies of geometry which they exercised through the art of the line. On several occasions, I discussed the art of sacred building. From the megalithic people – those wonderful builders of menhirs, cairns and dolmens – who themselves inherited their talents from the sacred builders of Atlantis: the art of energies and polarities was transmitted by a strange parentage. Through secret clubs like the Wolf Clan, the art of energies came up to the builders of medieval cathedrals.

Followers of the art of line and cut, craftsmen carpenters, glaziers, carvers of stone or wood, all they had received initiation from their ancient patron Jacques the Minor, hence the nickname which they are tricked out, the Jacques, because they were the children of Master Jacques.

“Traditionally, Jacques means scholar. “Master Jacques – in the ancient tradition of the companions builders’ brotherhood known as the “Children of Master Jacques,” and in the tradition of the Companions of Duty – is a Pyrenean, from Carte. He was summoned by Hiram of Tyre, on behalf of King Solomon to build the temple in Jerusalem. It was around 900 BC. He belonged to the race that covered the west of Europe with megaliths and dolmens. He is a gander, a Master Gander. As a master, he was introduced to the nature of the stone and the legend notes that he carved stone from the age of fifteen.

The same legend sees in Master Jacques the responsible for the column Jachin and perhaps also the column Boaz in the first temple in Jerusalem. The translators of the Bible as meaning generally give Jachin: “It will strengthen”, but in Basque this word means: scientist or scholar. About Boaz, the usual translation is “in him is strength.” 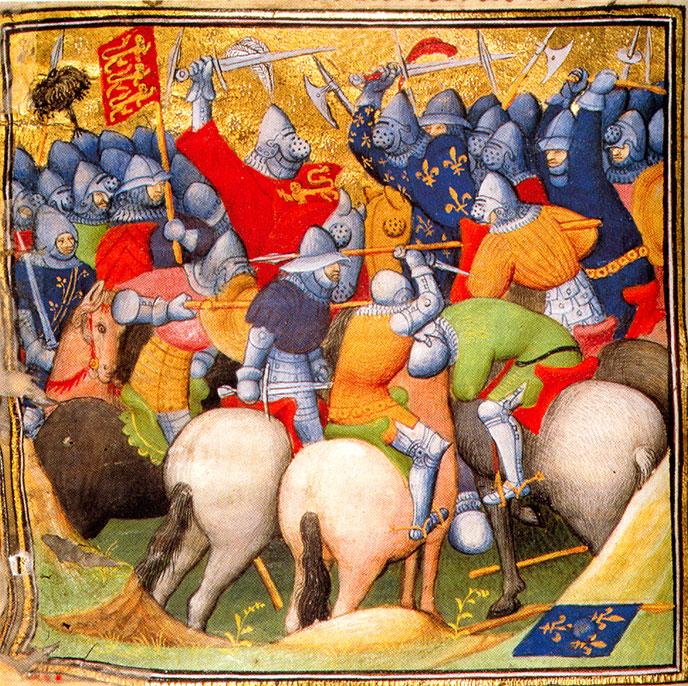 Some legends say he was murdered at the Sainte-Baume by the brotherhood of the “children of Father Soubise”, ie. Cluny. Jacques is the generic name of this nation of builders and farmers, the people of the stone and earth, pre-Celtic and traveling around the Western and Mediterranean world. They built menhirs and dolmens, many temples in the Mediterranean area, the Gallo-Roman and countless sacred buildings in the Christian era.

Their University was the “Way of the Stars”. The language they practiced was the slangin French argot – language of goslings – that nineteenth century French fade in language of birds, and goth art.in French art goth, same pronunciation as argot. In the nests of eagles lost in the Sierra de Jaca, some Old Masters warmed their bones in the sunny southern side of the Pyrenees. Their door was open and they taught in their profession, in their corporation. Youngsters walked from hermitage to hermitage, from master retirement to master retirement. Wandering was their university and then they went to the site of a temple bridge or castle under construction.

The society of the Jacques consisted of four corporations:
peasants and artisans, merchants and financials, warriors and princes, scholars and healers. 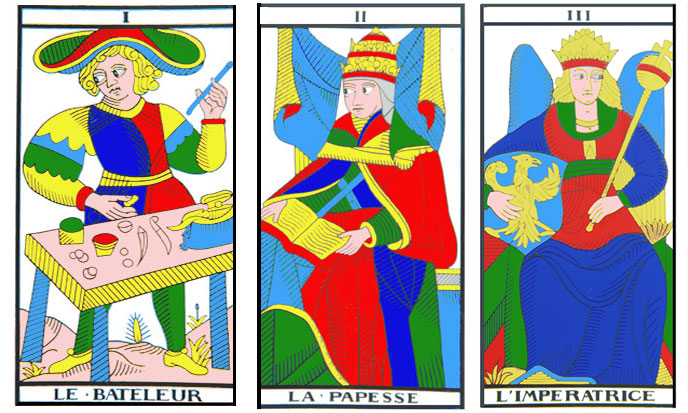 All sacred societies have carefully reproduced this division into four parts, starting with ancient Ireland,  which was the Tuatha de Danaan implement, who came down from the four northern islands. We find this quadripartition in the organization of Tibetan society, with the four castes under the authority of the Dalai Lama. It is tempting to look for the source in the antediluvian world that we use to name Atlantis in the West, but names are as many as countries.

As long be remembered Odyssey Rama, one can see how the rule of the four colleges, Hyperborean Celtic origin, could be transmitted in the empire of Rama, India, in the form of four castes. This is not surprising because the civilization before the flood was global, that is globalized, like ours. The organization of the gods of Hyperborea, as the organization of the Atlantean society, based also on this share in four colleges, the Tuatha appointed the four northern islands. These four islands of equal size shared the mothership Hyperborea into four quarters, like a big apple. The quadripartition spread over all the lands controlled by Hyperborea and Atlantis.

In Central America, this is evidenced by the four Balam or sacred Jaguars that accompany Quetzalcoatl – an Atlantean survivor of the disaster that engulfed the main island Atlantis. Or the disaster that occured after Atlantis departure, as the island was artificial. As Hyperborea, like the land of Punt, like Mu, Atlantis was a spaceship harboring scholars to the great powers.

This has nothing surprising since civilization before the Flood was global, as globalized as ours, due to the worlwide rule of the gods. The organization of the Atlantean society was based also on this partition into four colleges, as evidenced by the four sacred Balam or Jaguar accompanying Quetzalcoatl, himself a survivor of the Atlantean disaster. The art of the sacred building has its origins in Atlantis. This is the art of manipulating the energies of the earth and cosmos, called Wouivre by the ancients, and called Vril by some.

It is based on two main know-how: feeling polarities of stones, which allows the energy mesh in masonry, and subtle vision that can see the powerful telluric points. This art reached its apogee with the building of cathedrals during Middle Ages: from the 10th to 13th century, Europe was covered with a white thick coat of chapels, churches and temples. Whatever the time and place where incarnate the sacred art of construction, you can be sure that it refers to the ancient architectural science of Atlantis.

In the late 13th century, with the arrival on the scene of the Western Inquisition, the Crusade against the Cathars, and in the early 14th century, the end of the Order of the Temple and the return of emigrants from the middle East Frankish kingdoms, the people of the Jacques went underground, and in the south west they were called the “bigots”.

Blond with blue eyes or olive brown, the bigots were in the situation of the untouchables of India, or the Jews in the ghetto … They lived in communities outside of cities and towns, and of course marry together. They are masons, carpenters, surgeons and healers, women are weavers and midwives. Sewn on the left shoulder they wore the bridle, the pe d’auque – the goose foot.

Despite the stigma, they were still protected by the lords because they alone had the art of line and other precious know-how. For instance they knew how to swing a bridge over a river or repair the structure of a castle. They got bad reputation as centuries went by. They made a bad reputation over the centuries, which is not the least of the paradoxes about them. The Jacqueries these peasant revolts that shook the French countryside and German, were led by the famous Jacques, who derived their authority from ancient initiation. These revolts were probably triggered by famine and misery of serfdom, they are also an expression of deep faith, after the Old Religion then exposed to persecution of Christians.

Oddly, this anti-Christian trend will turn completely, as bigots or just bigots were mocked for their Christian faith considered excessive. As time passed, they became an anachronism inexplicable. Around the time of integration, about 1730, they were called “crestins” leper deicides since at that time it was common knowledge that they had carved the cross of Christ, and they were responsible for the problems and disaster of the temple in Jerusalem because they did a bad job.”

About them, everything has been said. Everything and its opposite. They are found in the French phrase: “Ne fais pas le Jacques”Do not play the fool and the childish game of Jacques a dit.Jack said, meaning an order you must obey.

In English, we find them in the Jacks of card games. At the esoteric level, the Church of Jacques is the most secret, and probably the least Christian of the three churches.