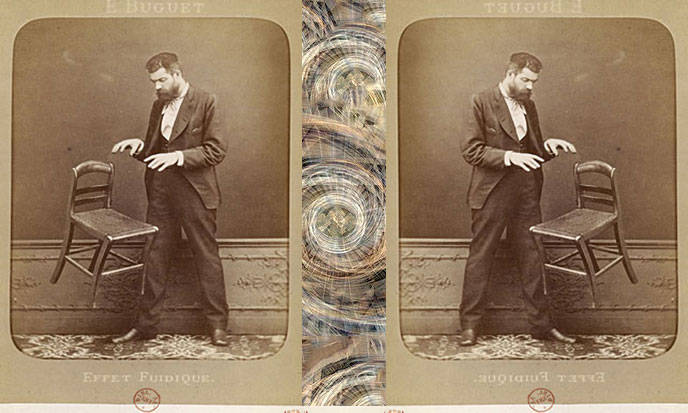 Does spirit have the power to act on matter? Is it possible for a man -by the sole power of mind- to move a table, a cupboard, a car? To deform metal? To soften the stone? Jean-Pierre Girard answer yes. Yet remember: thirty years ago, Uri Geller has pulled the rug out from under his feet. To him and to all his fellowmen. Here is the story.

Uri Geller made himself a good reputation in the ’80s, thanks to his gift for psychokinesis. Victim of success, he became media-friendly and started a career as an entertainer. In 1987, Geller was invited to the French show Droit de réponse by Michel Polac. Geller performed various demonstrations of “his paranormal powers.” Everything went fine until the arriving of Gerard Majax, the most famous illusionist of the time. Majax repeated the same demonstrations :

He twisted a metal golf club, as if it was rubber, in the hand of Michel Polac; he spins the needle of a compass, significantly faster that Uri Geller, and finally he twisted a spoon simply by looking at it. Gerard Majax denounced the cheating, the diversion of attention and the illusionism of Geller, whom he called charlatan. That was the end of the media career of Geller. And for all the skeptics, evidence that all this nonsense deserve only contempt. Yet these facts exist, but they do not occur every time.

To trigger these paranormal powers , certain conditions are necessary, of isolation and contemplation, which belong more to the realm of the sacred than to that of showbiz. And these necessary conditions are not always sufficient. In the matter, nothing is guaranteed. Because of the show , Geller had to fake when he passed on TV. It does not prove he had no powers, but that he should not have been on television.

The case of Jean-Pierre Girard has nothing to do with showbizness. After leading the European Bureau of technology, scientist undertakes studies in neuroscience and quantum physics.

He has a talent for psychokinesis: by the mere power of the mind, he twists metal bars, moves furniture, makes ashtrays fly, etc.. Unlike his predecessor Uri Geller, it was he who emerged victorious from all the confrontations with illusionists. As usual, scientists and media cold-shoulder him.

… while the KGB and the CIA show great interest in his work.

How has he acquired this incredible power? As a child he survived the lightning that had fallen upon him. Is it this experience that developed in him this power over matter, as it was apparently the case of Uri Geller and Matthew Manning, also famous for the same “paranormal” talent? What is paranormal today was normal the day before yesterday and will be moral the day after tomorrow. Thus, lightning could well be the cause of these incredible powers. A scientific cause.

Nobody willingly and deliberately risk a baptism by fire from heaven. It is a too dangerous initiation . Those who receive by chance the gifts of lightning are neither better nor worse than the others. They were at the right time in the right place. When energy unleashes the spirit of someone, nobody cares if that person is “good” or not. Morality has nothing to do with spirituality! And “holiness” is only a good management of energy. I wonder how Catholics see their saints as perfect models of bourgeois virtue?

My Godi should say: their God! They have quite a short memory! Do they forget that St. Paul, before foundingWhile Jesus had expressly designated Peter to do the job, but hey, we know that Peter was not the bravest. That has not prevented him to be holy, too. the Christian church, began by torturing and killing many early Christians? St. Augustine, before being a bishop, has conducted a disorderly life. Thomas Aquinas was a big liar.

And closer to us, Benedict XVI, before being a Pope, started in the Hitler Youth to become Grand Inquisitor ? He was Patron of the Doctrine for Progation of Faith, which is another name for the Inquisition.

Other religions, including Buddhism and Scientology, have mixed faith, practice, dogma and morality, to cook an indigestible soup. “You should hear how they talk to us…” This thirst for the ideal that we all share was frustrated in a world where matter dominates, where money rules. This legitimate thirst , “those of before” responded in a very practical way. They turned the insiders into gods. Gods for good, not at all symbolically. The emergence of the symbolic is a sign of decline.

As for the electric awakening obtained by Alain Laurendeau, he has nothing, then nothing but symbolic discharge nearly killed him.

The vibrations of mental forces are the more sophisticated and therefore the more powerful existing. (Charles Haanel) 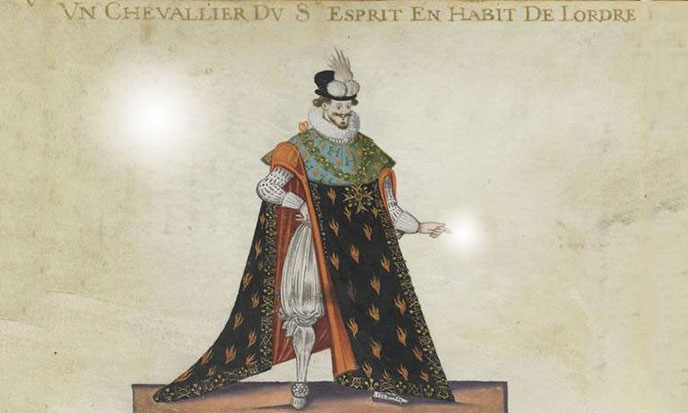 In life there is no solution, there are running forces. Let us create these forces and solutions will follow.