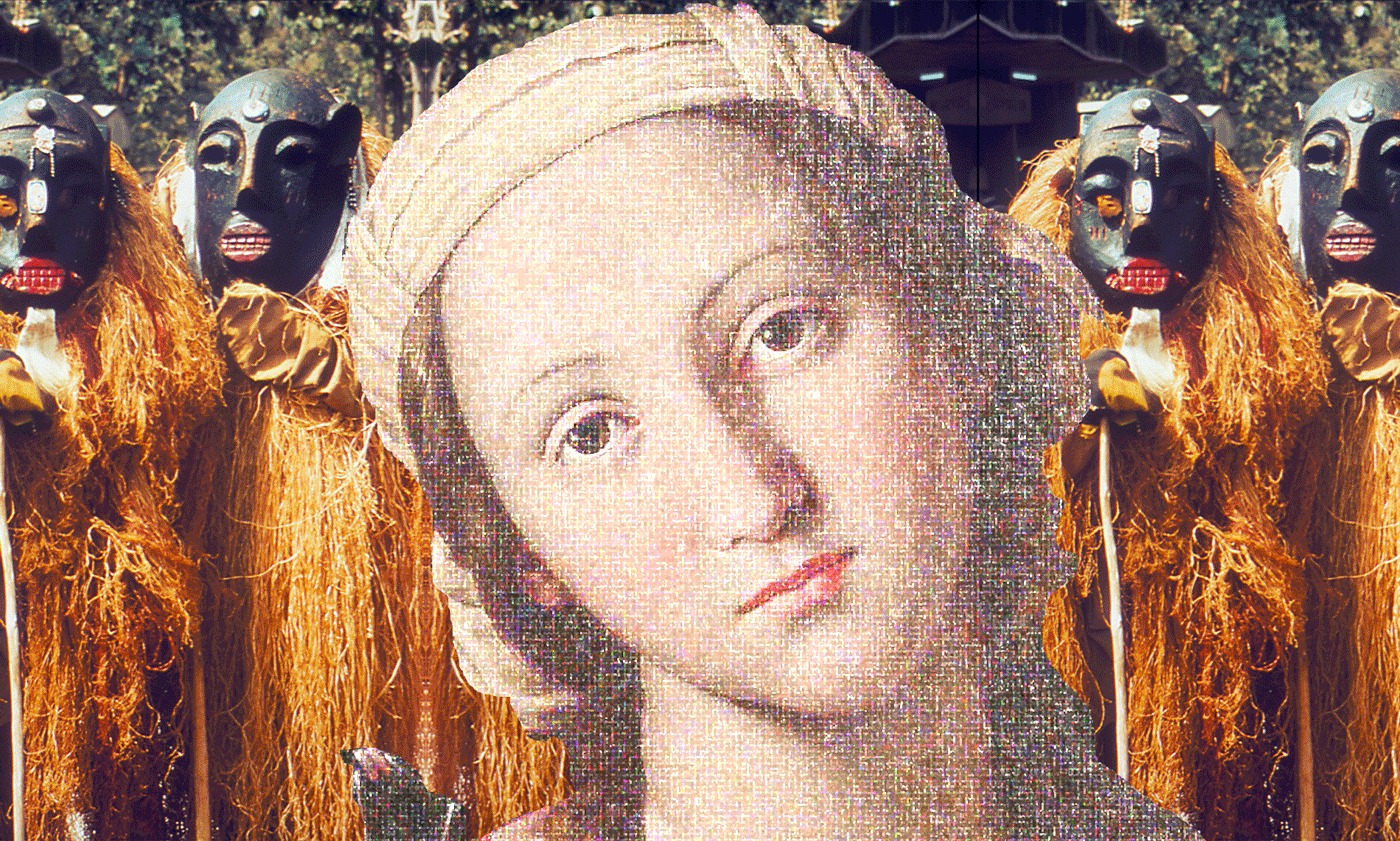 I used to talk to healers for a very simple reason. They are more and more numerous. The gift of healing appears in many people who wish to use it, but their lack of experience exposes them to more than one embarrassment.

Until the 1990s, healers had received their gift from an elder most of the time. Their grandfather, their mother, their aunt, or someone they were close to. The transmitters were free to warn their heirs about the dangers inherent in this practice. They showed them how to protect themselves from malignant attacks. They were not only transmitters, but trainers.

Since the dawn of this century, and especially since December 2012, there has been noticeable acceleration and change. I receive an increasingly abundant mail from budding healers who describe to me the emergence of their talent and the embarrassment it plunges them into. It is imperative that these neophytes receive the advice of an old fox, or rather, an old wolf with whitened hair.

My article on the protection of the healer and the private internships are answering the same necessity. It’s about preventing those risks. Other articles will follow on this theme, other courses will be organized, be sure. I do not give up this task which seems to me a priority.

Many invisible entities are roaming around. They are psychopomp, they seek to suck our precious energy. To bag it, they use powerful weapons: seduction, duplicity, simulated empathy, false benevolence, strength of conviction, fear-giving, anxiety-giving … 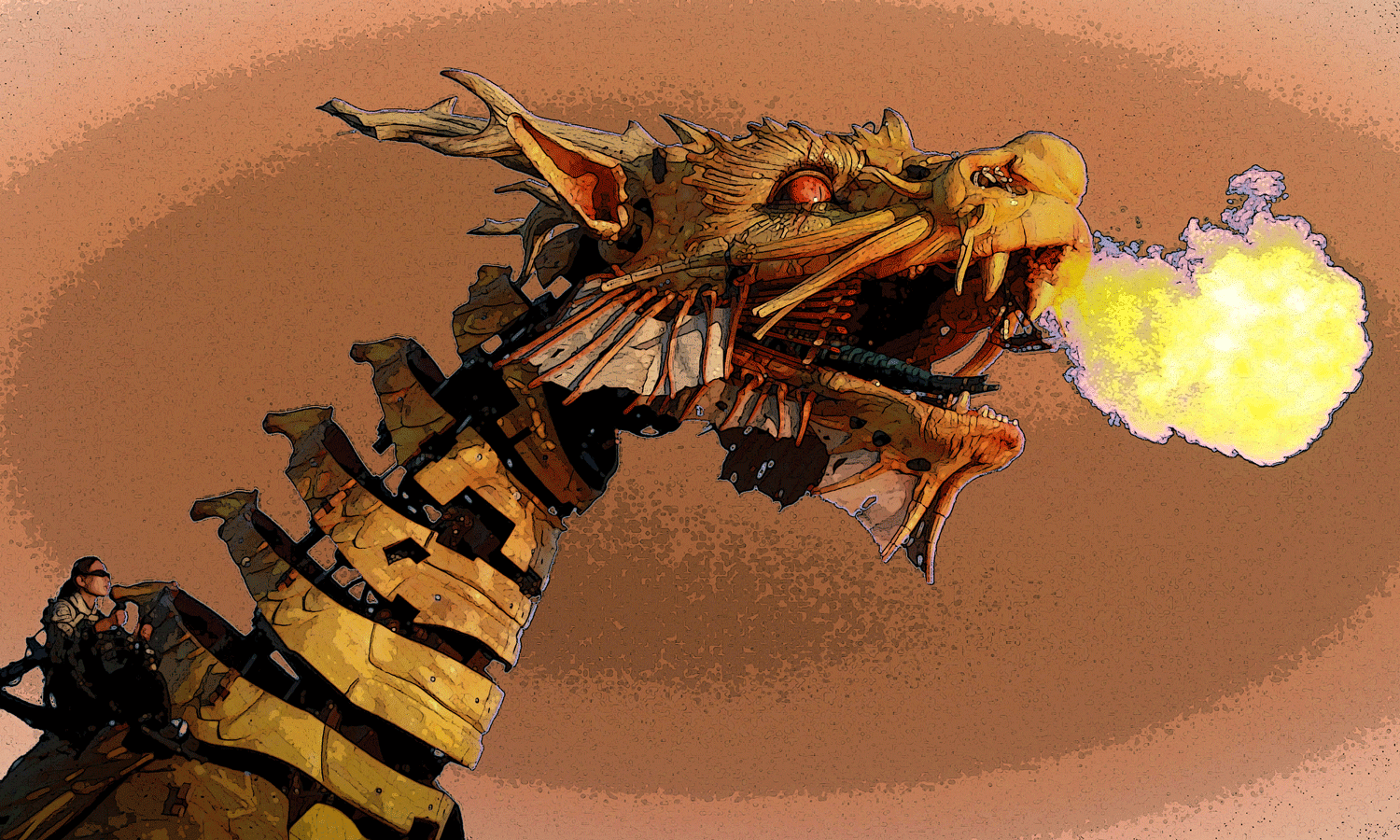 Black wizards send them spells, which are a destructive energy package, whose sending is carefully targeted by something belonging to the target subject. Healers are wizards too. White wizards. When they use scalar waves to heal from a distance, they unknowingly call on the same technique. A packet of healing waves is sent to a targeted subject. These waves are positive, they are aimed at improving a person, yet it happens that this person consciously refuses this sending waves.

In case of return to the sender, the polarity becomes negative, the return wave is destructive and is intensity is multiplied by ten. Thus the return of waves becomes formidable when the person targeted sends it knowingly. In the case of sending negative waves, the return remains negative, and the intensity is also multiplied by ten. A return of negative waves can kill. Black wizards are a dangerous occupation. Here is a beautiful story of power to get you the message. It is one of the wild adventures of Messer Jeff, aka Flornoy my benefactor.

In the 90s, he met at the bottom of Brittany an old dodder who recognized him for what he was: a wolf. He belongs like me to the Wolf clan. Personally I do not care, but Jeff gave it some importance. The dodder was Boar. A druid, then. As a rule, druids do not frequent enchanters, nor do boars mate with wolves.

But that old man smelled of death next. He had waited a long time for a visit like his. Jeff was welcome to his den. The boar made mead, true, according to the recipe of the ancient druids. While sipping on this pure wonder, Jeff listened to the recipe from one ear and the music from the spheres of the other, straddling a comet, completely on the butt.

If you are interested, please find the recipe here.

I do not know the rest of the story. They became angry, the wizard war was set in motion. Jeff was getting mini coffin in shoe boxes. He was scared, no doubt. He wanted to send one of his allies to terrify the boar. The ally has disappeared altogether. In return, Jeff took a slap that almost killed him. He kept the bed for eight days, and the room for over a month. He took twenty years. His temples blanched in one night. His complexion turned to greenish gray. He had scales on the skin of his cheeks.

In any case, that’s how I saw it. I have to be careful in my descriptions because I am an atypical observer. I see what is visible to all, and also what is hidden to the greatest number. The two images are superimposed, sometimes one takes precedence over the other. In any case, it’s indisputable, Jeff was K.O.

When he regained his form, two long months later, it was summertime. We are sipping a pastis in front of the bamboo plantation along the river Mayenne. Jeff tells me. “That bastard did not miss me. He swung an exocet in my face.
– ??? What do you mean?
– I mean a psychic missile. Yes, like the good old exocet who sank this English boat during the Malvinas war. The English were quite uncomfortable, but they finally won these desert rocks at the end of the world, these three piles of pebbles covered with guano and sheep dong. The Argentinians have left the fucking archipelago, lost deep south in the Atlantic ocean. As a result, las islas Malvinas changed their name. They became the Falkland Islands.

Big buzz for an exocet! A deadly missile of French manufacture, cocorico.Meaning ironically: proud to be French My fucking boar sent me the psychic version. It’s doing the same damage, as you saw. We may call this a return to the sender.
– Did you start?
– You say so. I sent him the dragon man. I do not even know what has become of him, in any case he is no longer in my gourd.” 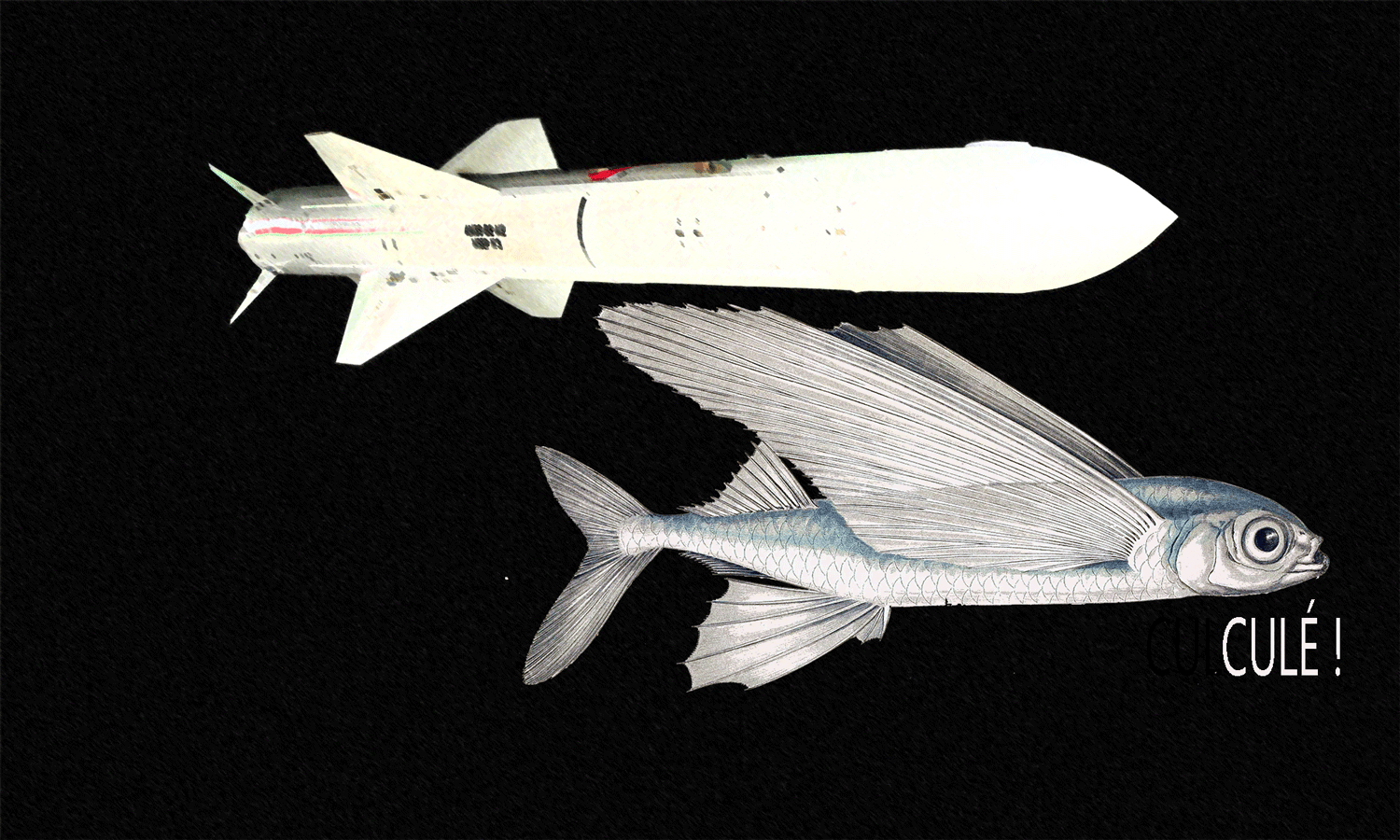 The refusal to heal

You have entered the process of wizard warfare, spit-roasters and potter’s boilers who still plague the countryside, but the old ones are happy to go find when they are really sick. You are not like them. You will not do the stupidity of tumbling into black magic, you absolutely refuse the dark side of the Force and you’re right. The slip is easy, it’s to go up that we crapped. To avoid, even to laugh. Very few black wizards become white wizards, but a white wizard can always be tempted by black magic. To over courting matter, the mind loses its wings.

Do not believe that the psychic exocet is not on the program. It can manifest itself in many forms, with or without cause, whether you have sought it or not. It can even happen during a helping relationship. That’s where I was coming from.

I have lived it several times, with the greatest amazement. Once during an Erquy reki internship, the person could not absorb the energy that I breathed into his energy plan. In accordance with his request, I aimed to rebalance the three energy channels, release the chakras and allow increased circulation of the vril. I was expecting her to devour this gift of energy, as it usually does.

Well, not at all. Instead of giving back the energy excess into the thin air, this person knowingly refused it. The wave packet came back to me in strength, destructive. I spent a dogday afternoon. Dragging around, exhausted, livid, on the verge of nausea. I did not have a single atom of usable energy anymore.

It may happen that the requesting person refuses the cure in spite of himself. The dose is too strong for him, his subtle wiring does not support surge. His unconscious then makes the decision to close the subtle doors, while the conscience ignores it. The subtle body will then discharge the overload in the immediate environment.

But there is another attitude, which I can call aggressive. Instead of dissipating the energy surplus around itself, the patient intercepts the wave packet before it touches his subtle body and returns it to the sender, violently, deliberately hostile. If this attitude is saving in the case of black magic, it is foolish and unfair in the case of white magic. But the case can arise, as much to be warned.

Any refusal of energy loan originates in an unconscious refusal of a better state of health. When the refusal is conscious, the dominant ego takes over, and we find ourselves in the case of the wizard warfare. For the patient, it is inconsequential, neither positive nor negative. But it is not the same for the healer.

The healer receives his healing energy transformed into destructive power, with an intensity multiplied by ten. A psy-to-psy missile. For the healer, this unexpected attack means total exhaustion. He will take several hours or even days to recover his usual level of energy. During the recovery phase, when the healer is emptied, he may cultivate morbid thoughts, strong paranoia, even cravings for suicide. His discomfort can lead to a loss of consciousness, with the risk of formation of an engram. 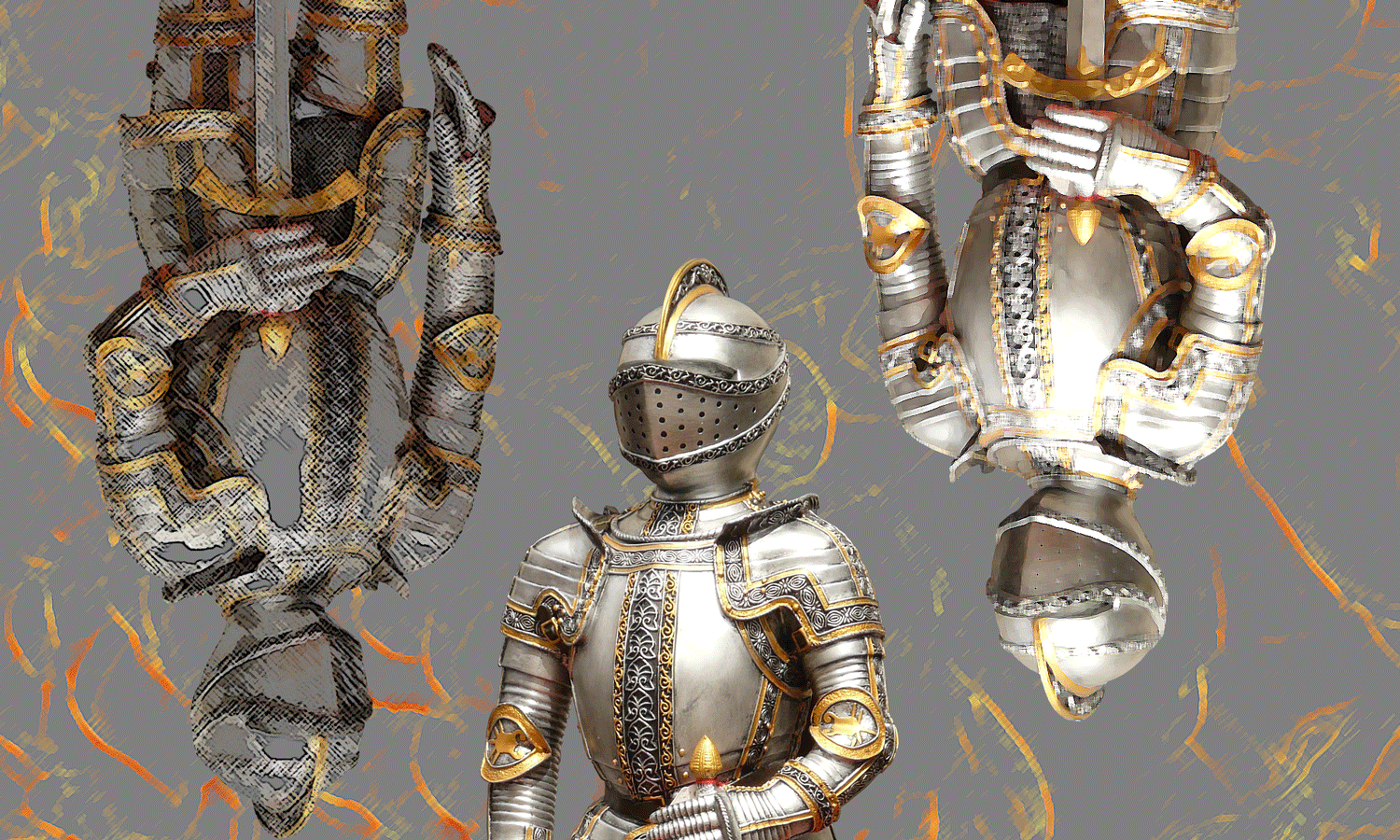 The scalar of fear

I experienced this disappointment during a distance healing through scalar waves. The first session was quite conclusive, the improvement of the patient was clear. So I had confidence in the second session. Total refusal of the patient, without his knowledge of course. I picked up a violent donut in my face. Subtle but violent. Charming.

It is therefore vital to learn how to protect yourself. The practice of healing is a high risk action. First necessary precaution: the healer never offers his services. He must wait until he is asked to intervene. It’s hard to live sometimes, but it’s still essential.

The healer must try to heal only the sick who really want it, absolutely, without hesitation. My benefactor said that the sick person should not just get sick of his illness. He must be fed up with being fed up. The healer must not expose himself to the risk of an unconscious refusal of healing. That is why it is important to make the patient talk about this and that, freely, for several days or even weeks. That’s what I do when I have the slightest doubt.

To be cured or not, it is always the choice of the patient. No healer is all-powerful. Healing friends, pay attention to the ego: it’s your worst enemy. The free will of the patient is more powerful than all the medicines and all the healers and miracle workers.

Innumerable are our ways and our uncertain residences.