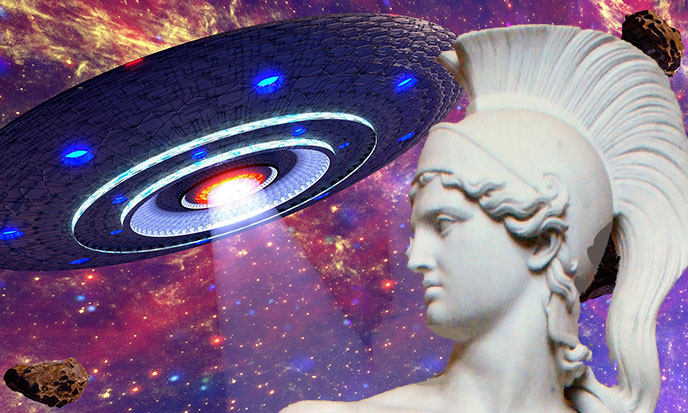 Hercules returns from Arcadia, carrying on his broad shoulders the famous boar Erymanthus. His faithful Hylas walks with him, bearing the arms of the hero. Hercules is pleased his friend Jason leading the Argonauts mission. Hercules is not the leader of the expedition, yet to him alone the great goddess has given the first task, to free the Titan Prometheus and return him to Olympus. And this feit will be done, Hercules has no doubt about. That will be his 13th feit…
His friend Jason send messengers to announce the news in even the most remote hamlets of the Great Greece: saving Titan Prometheus. An expedition is being prepared -funded by the Great Goddess, who will give property and honor to the heroes who will take part. Let it be said, rivaling with courage and strength, and promptly getting to Argos for the selection tests that will be held. Such is the ad declaimed on public squares.
Rely on the mighty Greeks to peddle the news, Jason said. Undoubtedly, Hercules says. In less than a week we will see the first candidates.
The protected of Hera was not fooled. The next day comes a first volunteer. Orpheus. The god Orpheus of Hyperborea. Of course, no proof is required of the gods. They are received automatically. Their precious powers won’t be refused. Besides what mortal would dare to offend a god, even a futile one? Even if the god is unnecessary, or the last fools, his status opens all doors.

Orpheus is not futile. He is not useless. His lyre is great magic. His melodies are enchanting. The music of Orpheus delivers or binds, according to his will. Jason feels honored, even better, he is jubilant to have such an ally on his side.
The success of the mission suddenly seems more certain. It is said that the songs of Orpheus move rocks and rivers. Heraring his soft music, the oaks uprooted to follow him on the beach. Great is the power of his lyre, sacred instrument he invented. So Orpheus will be, forever, the first of the Argonauts.
In the company of Hercules, Orpheus goes to the site where the future cruiser is being built under the leadership of Argos, the best engineer of the time. Everyone knows that human experts in aerospace had not all the secrets: they had to resort to the only true experts, ie astronauts gods. Also, even for a genius like Argus, the task would be impossible without the advice of Minerva, who chairs the achievement of the cruiser.
She still has plans for several ships such as the Titans built in the early days of terraforming, when the waters and the lands were not separated yet. These plans need to be reviewed or translated. Minerva does. Argus scrupulously follows the instructions of the goddess, and soon the cruiser can take off, taking the gallant band of Argonauts in its steel flanks.
The stratospheric cruiser Argos will not be any vessel. She should be fast and powerful enough to carry in her womb, besides fifty and fifty cabins, a navigation room, a workout room, a Santa Barbara that will store heavy weapons and ammunition, refectory and kitchen, baths, all it takes to make men comfortable in their long and arduous journey.

There remains the issue of mercury, the cruiser fuel – a large amount of which must be collected. Minerva handles. She asks for Hermes, the messenger of the Olympus gods. He is one of the last to use an atmospheric cruiser. He has access to many  large tanks full of the precious liquid metal. Most of these containers are in the pyramids. It is still found today.
The crew members have successfully passed the selection tests. There are among them giants, heroes protected by Olympus, kings and princes galore, undefeated fighters, pilots and pilotins, skilled mechanics, engineers, traders and diplomats, trained blacksmiths Cyclops in school, and some magicians among the best in Greece.
Asterion the fiery Celtic, Old Polyphemus, Iphiclus uncle of Jason, Erytus and Echion sons of Great Mercure, Long Legged Coronus, Mopsus student of Apollo, Eurydamas and Menoelius, Eurytion and Eribotes, Oileus. Tireless trackers, formidable opponents, jolly good fellows, Jason welcomes them all.
Canthus the Ephèbe, Clytius and Iphitus, Telamon and Peleus, valiant Butes and belligerent Faliro, Tiphys clever to predict storms, Phlias rich of gifts from his father Bacchus, Talaüs skilful to direct a ship, Areius, the brave Leodocus of Argos, Nauplius, Idmon the soothsayer, Pollux the athlete and his brother Castor taming wild horses, the violent Lynceus, Idas, Amphidamas and Cepheus, Augeus, Periclymenus, Asterius and Amphion of Armor, Euphemus the Scythe, proud Erginus and Ancaeus skilled and experienced strategists and pilots, Meleager of Hyperborea, Palemonius the Lame, One-eyed Iphitus, Acastus, Calas and Zethus, these are the companions of Jason, Hercules and Orpheus ; these are the Argonauts. 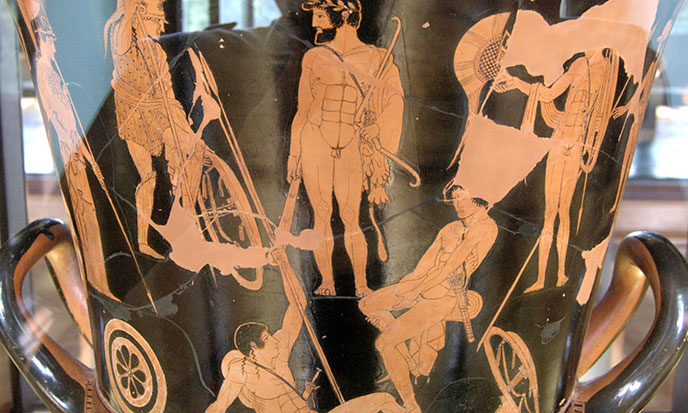 He who conquers himself is the most valiant of warriors.