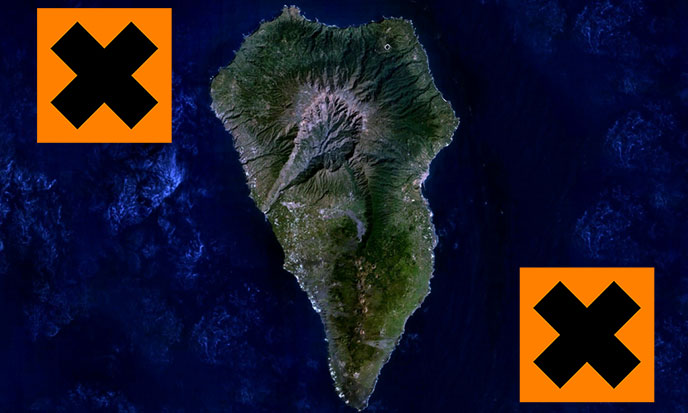 Are we on the eve of a new global deluge? Can the climate change and the melting of ice drown us all as our ancestors? Are more frequent tsunamis a harbinger of the new flood?

In a book remained famous, Edgar Pierre Jacobs, once again, imagined a mad scientist had managed to control global weather.

He started at his discretion devastating hurricanes, nauseating fog, heavy rain, floods. This book is called SOS Meteors and in spite of all his excess Maestro Jacobs had no mention of global flood. For a flood can threaten us all, there should be a very fast and general rise in the water  which is impossible.

But giant tsunamis, yes, sooner or later we will have to deal with. Canary volcano Cumbre Vieja has 400 km3 of rock biding their time, like a sword of Damocles hanging a hundred feet above the waves. Sooner or later, this huge rock mass will fall into the waves of the Atlantic Ocean causing a major tsunami on all coasts.

“The result will be a disaster as the human history has never known.”

Imagine a wall of water 30 yards high, crashing into the coast of North America, crossing the entire peninsula of Florida, to flow into the Gulf of Mexico, destroying New York and Washington, in addition to flooding the lands even until the Appalachians. Now visualize a dozen of similar waves, arriving every fifteen or twenty minutes, as the shots of Poseidon’s hammer. North America will have only nine hours to respond, too little time to evacuate the tens of millions of people in danger. Brazil will have only six hours for that, Spain only little more than two, and the north west coast of Africa, just one hour.

When will this happen?

Nobody knows. What oceanographers know is that landslides and tsunamis of similar magnitude have occurred many times during the last million of years. Are they responsible for some of the Floods mentioned in the legends of peoples from Atlantic Ocean; for example, the floods from the sea mentioned in the Irish Old Book of invasions? It is highly probable. Thus each author can have his own opinion, each clairvoyant can choose his date, they will always find some local flood, even important, to justify their opinion. 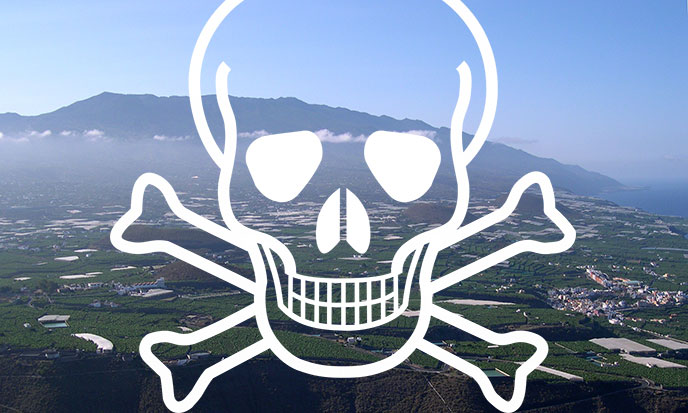 So they talk about flood, which is classier than a tsunami. And a wave of four kilometres high, according to Velikowsky’s thesis, it strikes people’s imaginations. “Sorry, says the chorus of geologists, no trace of a global flood, not within the last millions of years anyway.” Yet, if we believe Plato, cataclysms have affected the Earth many times.

The Greek historian Herodotus is even more precise than the philosopher. Regarding the Egyptian astronomy and the disasters, Herodotus wrote: “The Egyptians and their priests have shown that 341 generations of men have succeeded one another between the first and the last king… They said that during this interval of time, ie 11,340 years, the sun had set aside four times from its usual course, rising where it sets today, and setting where it now rises; but that this did not affect Egypt, neither for the river, the land productions nor disease or death.” (source)Herodotus, The Inquiry, II, 142, quoted by David Childress, The Technologies of the Gods, p.54

Thus, according to Herodotus, the earth would have suffered many movings of the polar axis, important enough to tilt the world upside down, south becoming north, and east becoming west. Only at this condition, the sun appears to rise from the opposite way of Earth. And this radical modification did not change everything to the lives of men.

It seems unlikely, and yet at least two facts support this hypothesis. First fact: some ancient maps of Egypt are very special. Tthe Mediterranean Sea is at the bottom of the map, and the Egypt on top. This would make sense if South became North. This maps are the only known example showing the North down a map. And then, more recent maps clearly show the reversion, with the Mediterranean Sea regaining its place on top.

Second fact, there are all these mammoths of the far North. The sudden freezing of so many animals in Siberia as in Alaska might well be explained by a world tilting. But presumptions are not evidence. And many times, meteorites have stroke the earth, provoking a bunch of apocalypses and various disasters… Including, probably, nuke bombs and other ‘divine’ weapons… We can say the survivors were very lucky. I mean the survivors from below …

Meanwhile, for the “gods” who were lounging on the mountaintops or in other shelters, each disaster has been a very entertaining show. 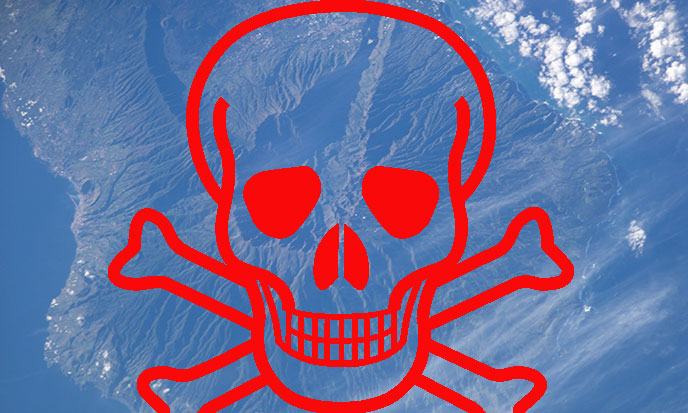 That’s how I saw things, sharing the view of most new archaeologists. And then Nibiru hypothesis came to me. It is not a fad, storyteller whim, researcher coquetry nor mental degeneration due to age, although all these reasons are plausible. The fact is that Nibiru hypothesis explains many mysteries that I could not solve before.

Nibiru is the name that Anunna give their wandering planet in very ancient Sumerian texts. What is a wandering planet? One researcher, Dr. Sitchin, issued curious assumptions in his attempt to explain. For me, the veil was lifted. A wandering planet, we all know, we have all seen in Star Wars. This is the Death Star or Star, the giant mothership created by Spielberg.

The Anunna approached our planet aboard a giant spherical mothership, 3600 km diameter. What the hell! Due to a pilot error, the machine in question fell to splashdown in the Atlantic Ocean, causing a tsunami compare to which that of the Cumbre Vieja will be quite insignificant. The ancient texts speak of the flood wave 4 km high. Comparing with the size of Nibiru, this is not exaggerated.

Gods are ever thirsty, they never get enough And here is death again, death always repeated

Technological progress is like an axe in the hands of a pathological criminal.