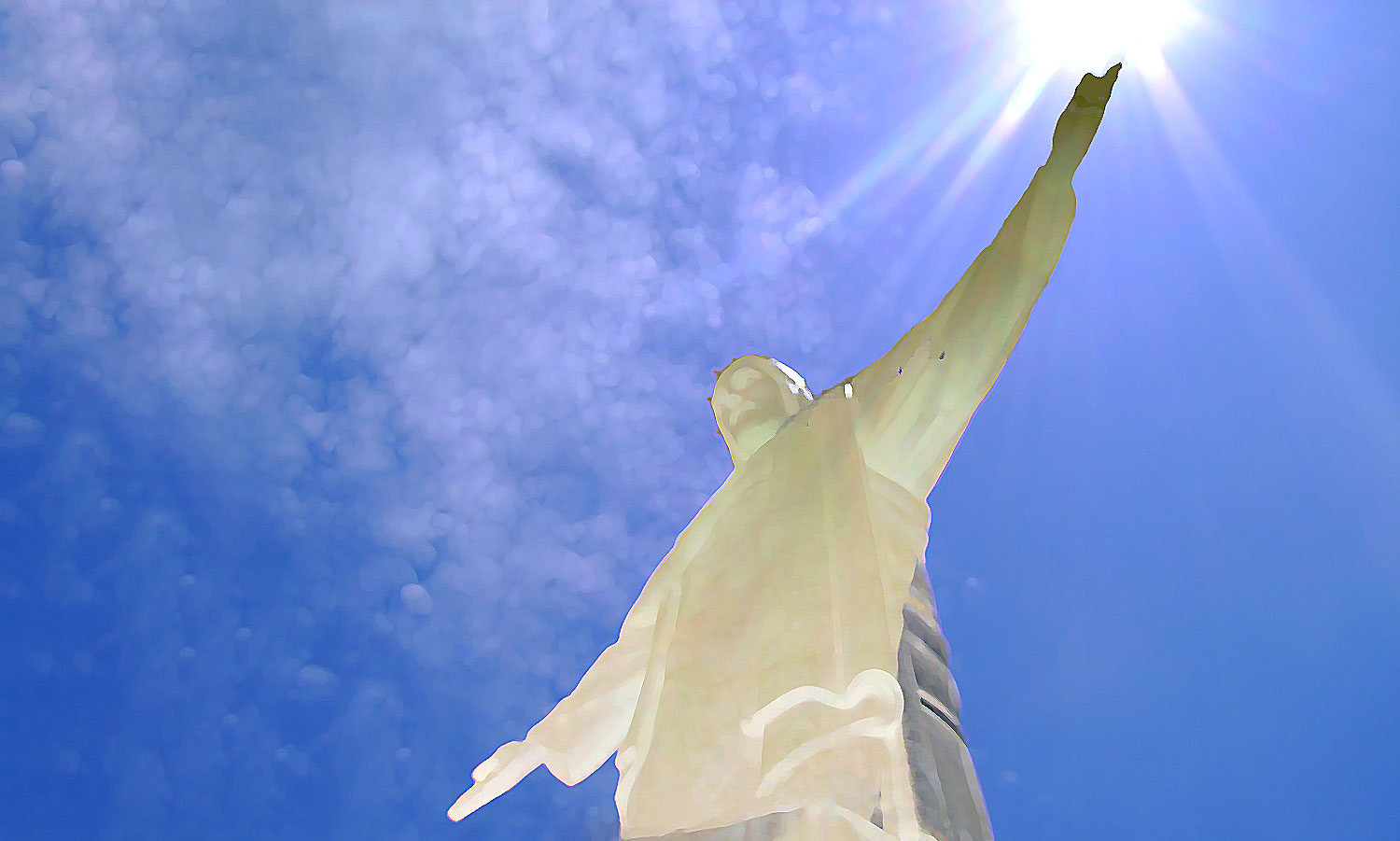 “Our deepest fear is that we are powerful beyond any limit,” Nelson Mandela said. (source) I agree with him. And I will add this. Our most urgent duty is to get out of the lethargy that darkens the mind and condemns to imbecility.

The story takes place in a magnificent Ardèche property, twenty years ago or so. Juliet, the owner of the estate, was the friend of a dear friend. She knew me only by hearsay. So she knew only the worst. My ordinary madness has always gave me a sad reputation. Wherever I go in the concentric circles of friends of my friends, colleagues of my colleagues or girlfriends of my girlfriends, this hysterical reputation preceded my coming. In each of these circles, invented feats had taken the place of my real excesses.

We only lend to the rich. They figured me out as a anti-hero. Psychologically unstable. Capable of the best and the worst. Fabulous improbable adventures lived by much more powerful than me have been attributed to me. Enough to blush with shame. My readers will not subscribe to it. I did not hide anything from the one I was in the lives that preceded this very moment. Page after page, according to the topics treated, I gave bits of my true life, which was multiple, bewildering, wonderful. This beautiful slice of eternity filled me beyond my expectations, which hardly mattered. I always preferred facts to hope.

I’m crazy, that’s right. My madness is controlled. Seventy years of maturation, now I am edible. Full organic food. I have long given up all the exciting, narcotic and legal drugs. Like Obelix in his magic potion, I fell into the pot being small. Tiny. When I came out of my body for the first time in all conscience, I was 12 or 13 years old. It was here in my garden which was then the family garden of our vacation home. Here at Erquy. Which explains why I have a particular tenderness for this garden and the houses that are put on it. Since then, the delirium has never wavered. Nothing is like anything I’ve been told. I took my part. And I write it. 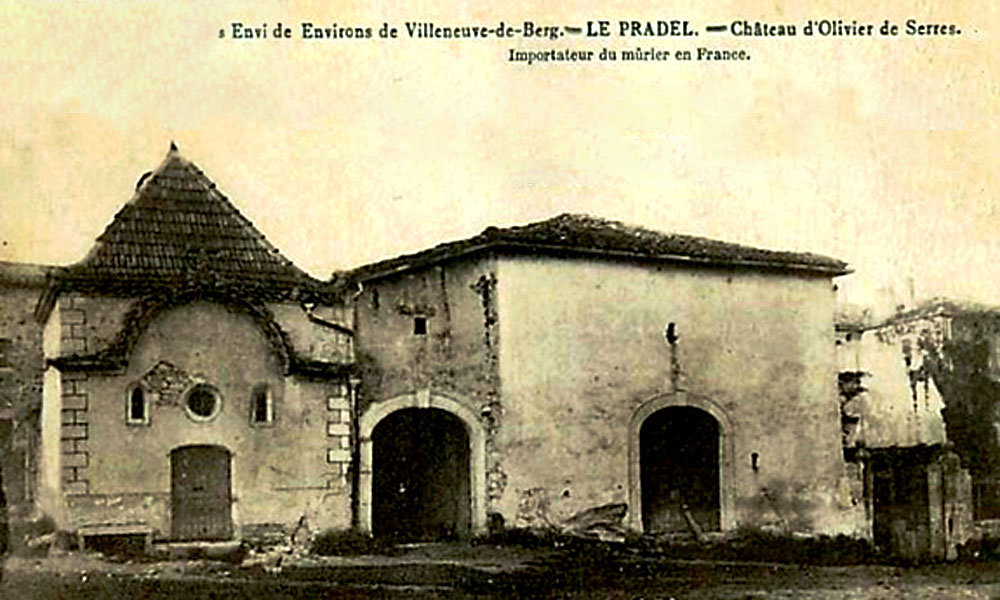 Gently move the time slider until the end of the last century. In the mid-90s, which saw the flight of the phoenix. Are you there? Set the GPS on Mirabel, France, in the Coiron massif. Listen to the story of Juliet, who was called Ju. Before leaving for the other world, she owned a large inherited estate fortune. Real estate is a family passion. So she has invested in this mansion and the beautiful park that surrounds it. She has transformed several traditional houses into apartments for rent, excellent amenities, jacuzzi, swimming pool, outdoor restaurant, everything for seminars and upscale stays.

I do not know if his estate still receives paying guests, but I had stayed there at the time, non-paying guest, wearing an usurped prestige. She saw me as a wizard, just like my benefactor Flornoy. We were two of the kind for her. Many thought like she did, some still think so. They may be right. Trying my best to match my sulphurous image, I proposed a Erquy’s reiki  session, which did not yet bear this name. I saw it teased her. However, when I told her that the reiki session was being received in her birthday dress, she reacted very badly. Surprised, I changed the tune.

– Keep your underwear if it matters to you so much, I will cure your underpants and bras, I said nicely. Bit I was shocked. Incredible modesty that does not fit with her temper. I did not see her so prudish.

Today my pracrice is different.  Everyone  can keep a cloth, underwear or other, provided that the fabric is not synthetic. Cotton, wool, linen, hemp, silk, everything suits me. No natural matter prevents the the subtle body’s waves and chakras from feeling. I always practice at this level, a few inches from the physical body, without any physical contact. So modesty is saved. Anyway, I work the circulation of subtle energy, so the chakras. They are not in the physical body, but a few centimeters above the ventral surface, on the subtle body precisely.

There appear not only the energy mills of the chakras, but also the three channels, the rectilinear central that the Hindoos call Sushumna, and the two lateral channels, Ida and Pingala, which intertwine as the serpent of the caduceussee below picture shows.

About the caduceus, I must draw the attention of the reader eager to understand the sad evolution of its representation. The original caduceus, that of Hermespaint black, below picture clearly shows the seven chakras and the two lateral channels represented by snakes, is the only one to be right. With no reason, the current caduceus have lost a lateral canal, and only one snake stands up. The caduceus of the doctorspaint red presents only five chakras, and that of the pharmacistspaint green shows six.

Many mistakes. Too many. Now it is useless to cry out the conspiracy, the only culprits are forgetfulness and ignorance. And this annoying mania of every new generation which considers that the knowledge of the ancients is obsolete, dowdy, outdated, null, void, dubious and dingy. I did it with my schoolmates on the barricades of May ’68, and for years I repeated this assassin slogan: Never trust anybody above 30.

Almost all baba-cools and hippies have repeated this bullshit as a holy surah or a precious koan. Bullshit, yes, because it means for many of usie those who were angry with the logic … we can trust all under 30 years. Which is super moron. There is the same proportion of scammers and assholes in all strata of society, in all walks of life, in all countries, in all age groups. 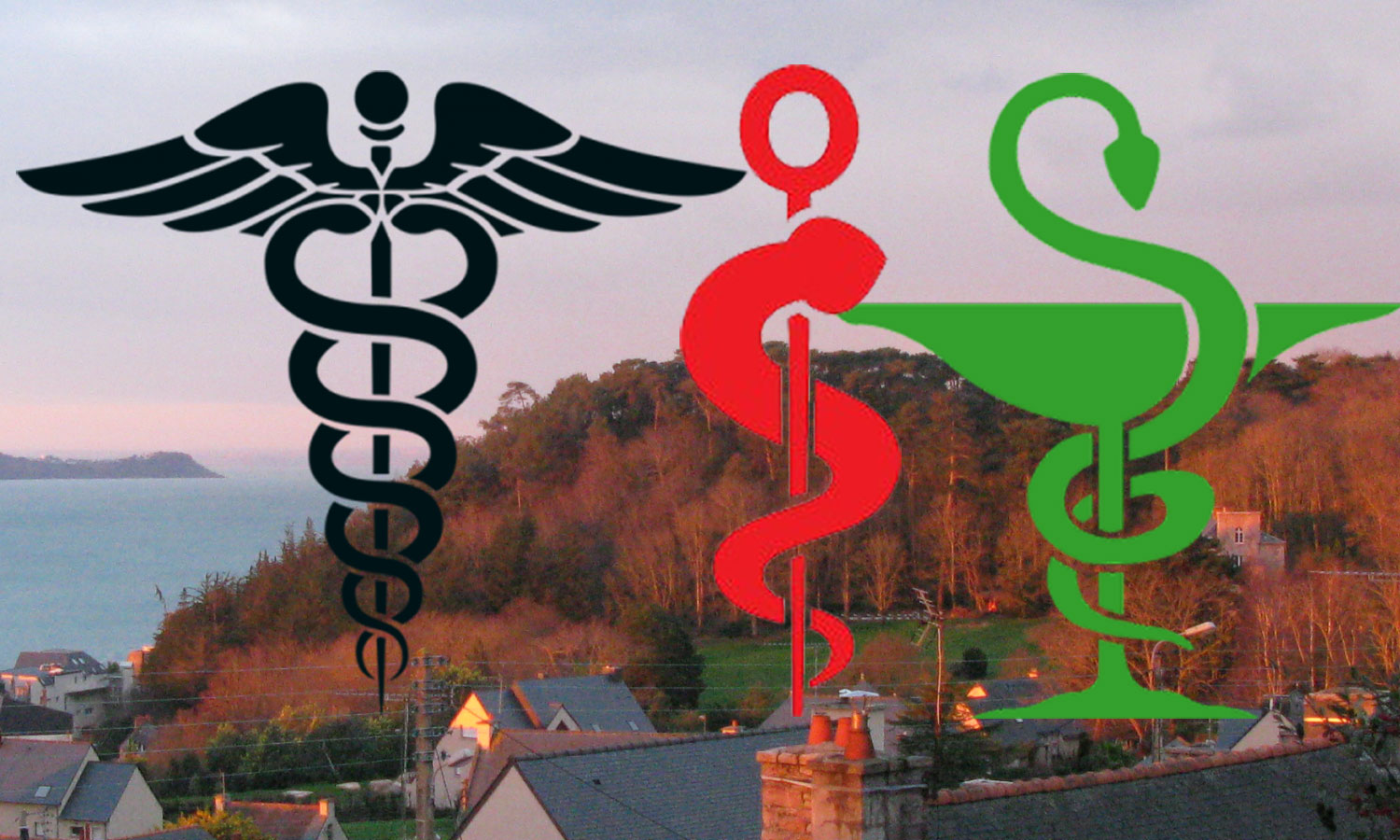 The art of choice

Ju was a leading woman. An authoritarian and very egocentric businesswoman, she ruled all her staff with an iron hand, considering all those who approached her as flunkeys. Her pride was obvious to all, including her. Refusing to take off her expensive clothes, she had this phrase that stunned me: – I have many lovers, but I choose them myself ever!

Come on! I won’t touch her for my sake! Who does she think she is? The Queen of England? The Holy Pope? As long as a girl plays the princess, it can annoy, but it passes. When a mature woman plays this game, it’s either ridiculous or obnoxious. And often both. But that, Ju does not realize it … Now, here she is lying on the massage table, without bra but in panties. I interiorise, I unfold my perception antennas, and I start to go up on the subtle body one chakra after another. Suddenly the Empress changes her mind. She takes off her buttocks of the massage table and removes her panties. Staight away I have her bunch under my nose. It may deconcentrate. This exhibitionist did it on purpose. She ignores respect, self-esteem and good education. And she won’t give a dime for all that crap.

It takes more to destabilize me when I officiate. The practice of reiki turns me to some priest, yes, more than any trivial healer. It comes from the absolute respect that I give to the people who trust me. Each session is an initiation. The gifts of power are given freely and most of the time received with gratitude. Yet, that day, Ju refused everything together. As I fluidified her energetic circulation, I “saw” a great light rise with its kundalini, and when the light reached the fontanel, Ju is transfigured. She had just awakened with rare power and intensity. The effects of this illumination scared her.

– Xavier! What did you do to me? What is happening?
– Do not worry, everything is fine. You have received great power, I replied.
– The great power ??? No, no, I do not want it! I am much too selfish for that, I will make bad use of it!

As soon as she said these words, the awakening effect flowed from her subtle body like the retreating sea. It’s all over now. Again she was the proud pimpled and the tyrannical shrew she was before. Too bad for her. Each one has at his disposal the gifts he receives. Free to refuse them. What a pity, however! Is it all the more stupid that the great power of the awakening she had just received was the best way – the only way for her – of escaping from her selfishness. If she had read Chninkel’s great power, she would have understood what was up. The great power is not that of a megalomaniac dictator, quite the contrary. The great power is the only true one: that of love.

Ju needed it more than anyone else, no doubt. She refused, it was her choice. She did not have a second chance. Not in this life.

“Our deepest fear is that we are powerful beyond any limit,” Nelson Mandela said. Due to love, I will add. Without love, the richest is just a lousy loser.