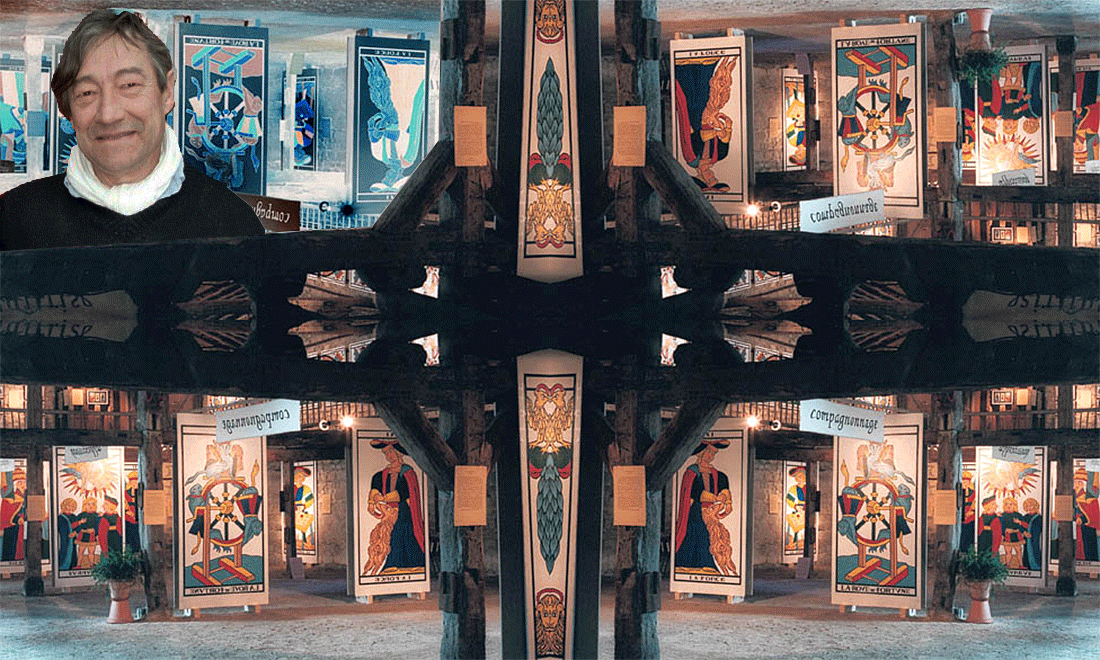 I knew Jean-Claude from childhood in the scouts of France. I found him as a teenager in amateur theater, then during his brief stay at the university. In middle age, I saw him come back into my life like a spring devil. Stupor: he had changed from top to bottom.

I’m not talking about her physical appearance, but her personality. Jean-Claude Flornoy had acquired an inner power – this radiance that some people call the aura. He had nothing left of the timid child or the effaced teenager he had been. 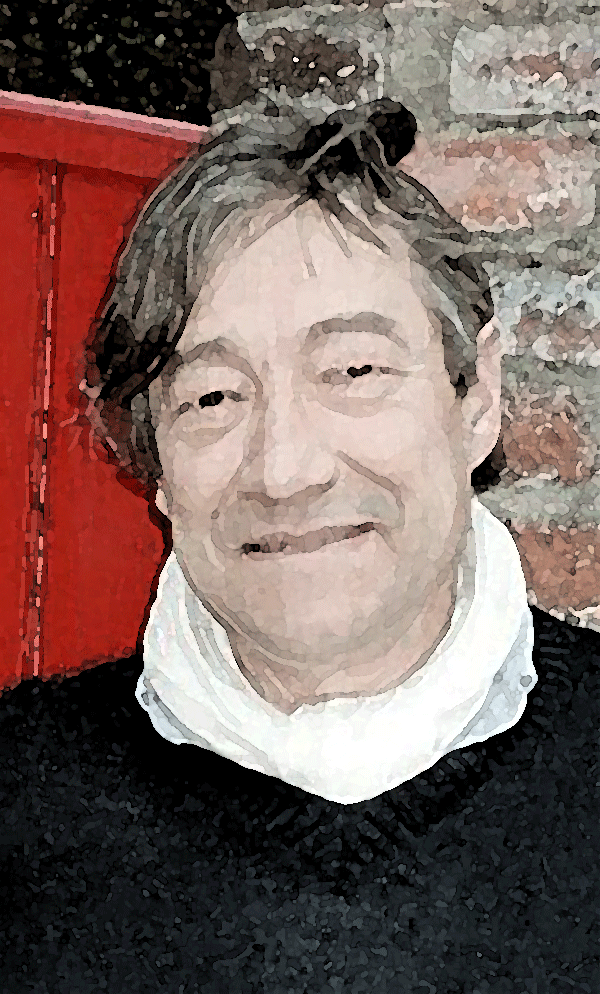 A new man stands before me, and although I know him, I do not recognize him. I can see its insignificance in the past, nothing more coincides. My memory and my feelings go to war, I count the points.

Jean-Claude became a craftsman. Potter, he shapes clay. Like God. He calls himself the prince of potters. Why not king? Our emperor is too modest. A page turns, it receives lightning which does not kill but awakens it.

From awake to initiate

Change of program, change of priorities, change of life. The Rochefort estate became the headquarters of the lighted up, which he presided over brilliantly. He left pottery to devote himself to the restoration of the first tarots. This passion is not a sudden fad, he has been working on the issue for years.

Flornoy is a perfectionist. He understood the power that acts through these images. Pure energy, according to him. To be sure of absorbing the best part, he understood that it is not necessary to create one more tarot, but to restore to perfection the first games, the most initiatory ones.

He devotes himself to it with an energy that is pleasant to see. And it carries in its wake the whole band of beggars that haunted the Rochefort sur Mayenne estate in the early 90s. The watchword is accuracy. 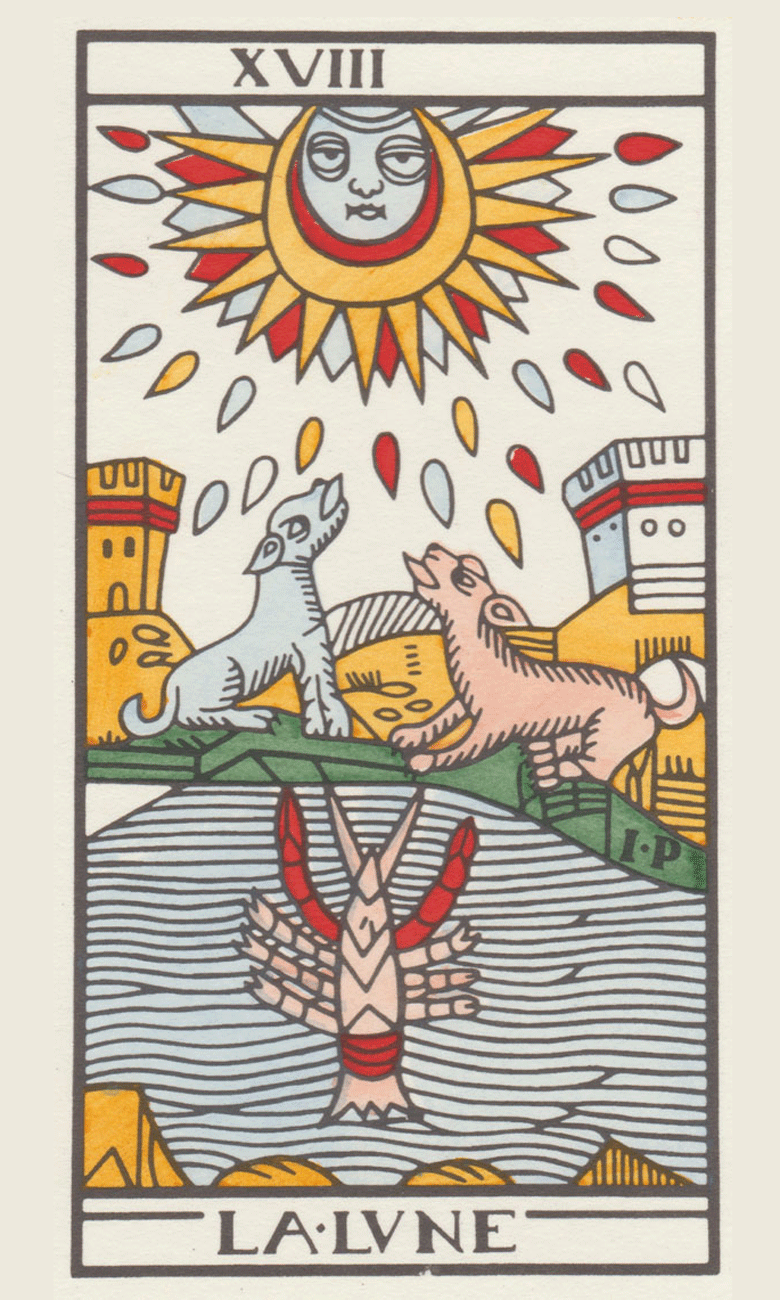 Restoration is not the work of an artist, but of a craftsman. He is not the composer, only the performer. It’s up to him to play the original score as closely as possible. It must serve it, not enslave it. But let’s go back to the beginning.

The first time he told me about tarot cards, I was a perfect neophyte. For me it was an entourage, like the fortune tellers. Nonsense that interests only the simple minds. But when he offered me a print, I heard myself answer: Why not?

The dice were thrown. From there, everything went very quickly. I expected everything except the shock it gave me. Scalpel words, surgical strikes, sudden attacks, ranges of silence buzzing with meaning and revelation, the snowy, virgin peaks, where it feels good to slide from top to top, until I fly away, free gravity constraints. This light, the light everywhere, in the room, in her eyes, in my heart.

I absorbed the ritual, the form and the spirit like a sponge big enough to drink the ocean with all these fish. For 30 years, I have emotionally reproduced this first contact with these pieces of magic cardboard. They got me out of a lot of bad steps. Like Proust, I run my past, I search, I scrutinize memories in search of the lost tarot.

What a shock ! I’m not over it. Out of respect for the power of this boy, my childhood friend who became my benefactor, I followed his recommendations faithfully. As my seeing asserted itself, while my prints made the consultants the same effect as those of my mentor, I entered as deeply as he did into the very mind of the imagers and great initiates who conceived these marvels. 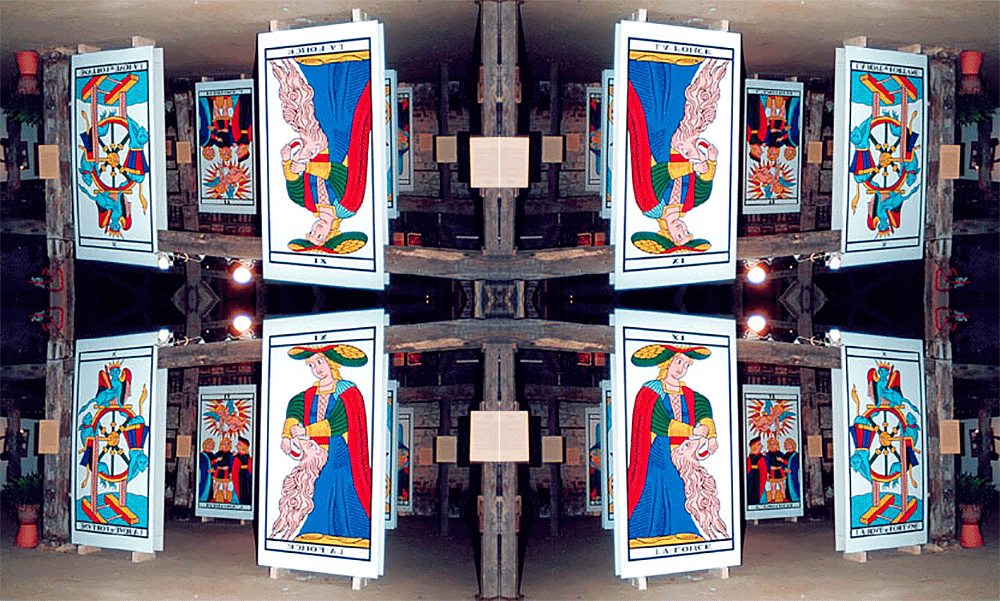 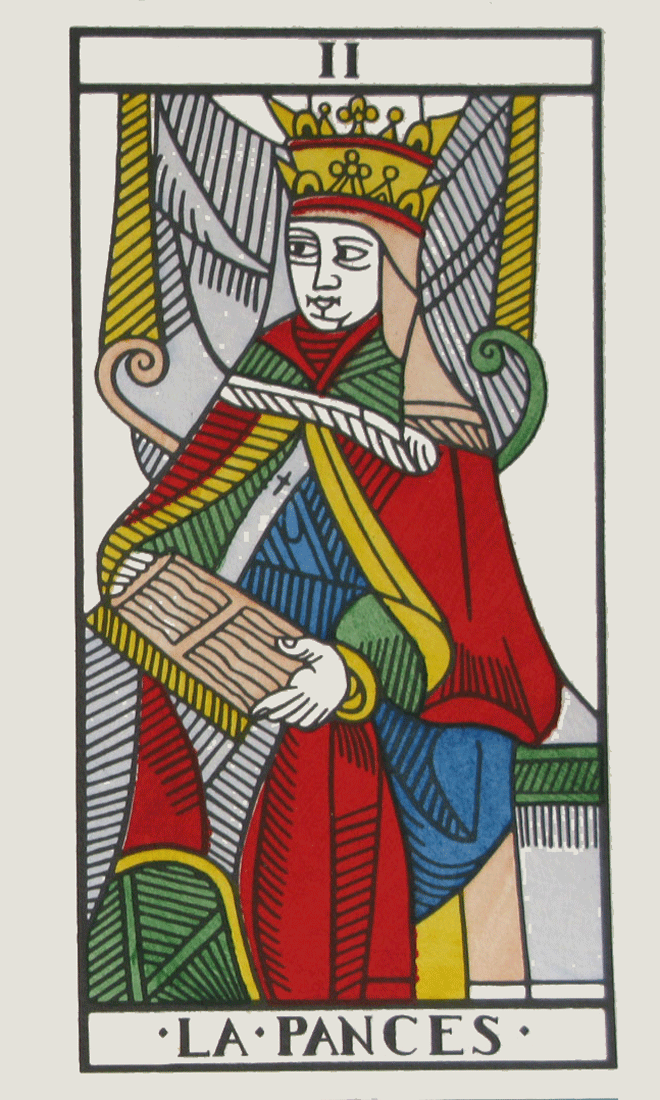 A Flornoy tarot draw can last an entire morning. His reading is confusing, dazzling. The consultant is charmed. Cards open doors that lead to other doors. The intention is in the room, palpable, ethereal like grace.

Flornoy comments on the High Priestess, who is called La Pancesinstead of La Papesse by Jean Dodal. It represents both the grandmother and the college of craftsmen and other manual workers, those who produce. He talks about the open book she is holding on her lap.

Is it consistent for manual work? What is this unreadable text? Does it encourage reading or not? It is fake, just scribbles. Is it the book of life that is not yet filled?

This second major mystery describes the very young child. Arcane I The Magician shows on the table, the different possibilities that the young child will achieve in his future life. The Magician and his infinity hat is at the edge of his life. Is it any wonder that in the next arcane the book is still blank? His life remains to be written …

A very important point in his method is an internalization technique that Flornoy called the incorporation of images. He drew an arcane which he wedged standing in front of him, lit by the living flame of a candle. This first phase could last a long time. In any case more than twenty minutes. The image becomes unreal, or better, surreal.

Meditation, contemplation, incorporation. The third phase begins when contemplation has created this surreality in you. You take the arcane and you place the image against your heart. Each line, the smallest detail, each color, all the intentions of the master cartier penetrate you and the arcane is within you. You absorbed his strength with his energy, his message with his representation. 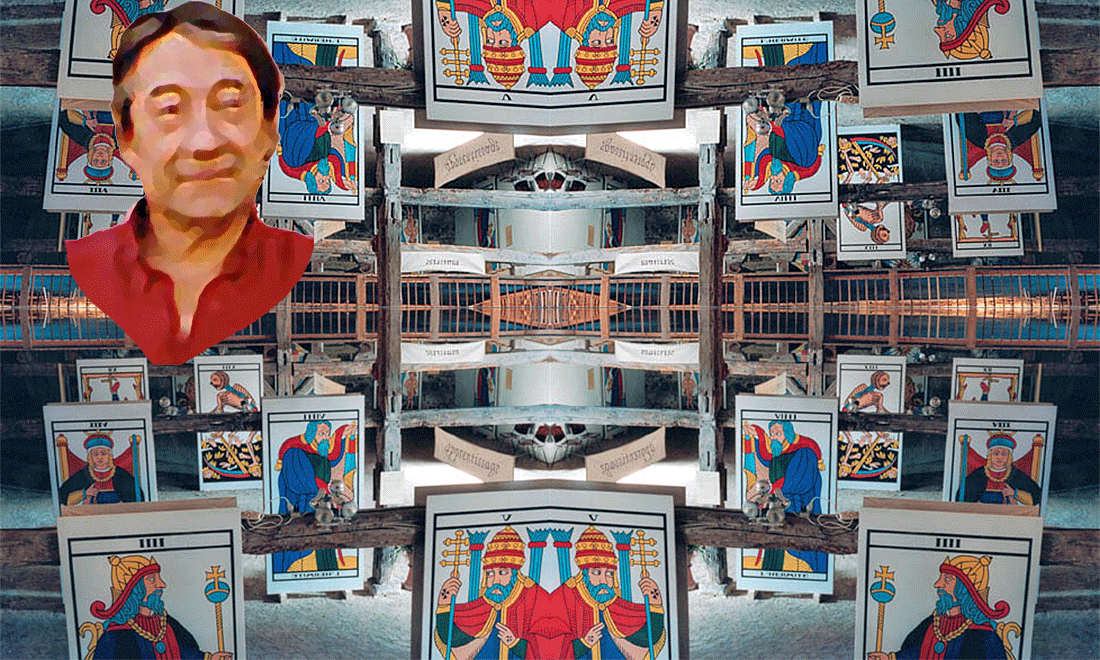 Jean-Claude Flornoy left on May 24, 2011 at the age of 61. His work remains lively. The Flornoy method is spreading, as well as the original reading that he gave of the major arcanes, today shared by a majority of tarologists.

Many articles deal with initiatory tarot on this site. Click on the arrow at the bottom of the page to access it.
Otherwise refer to his website.