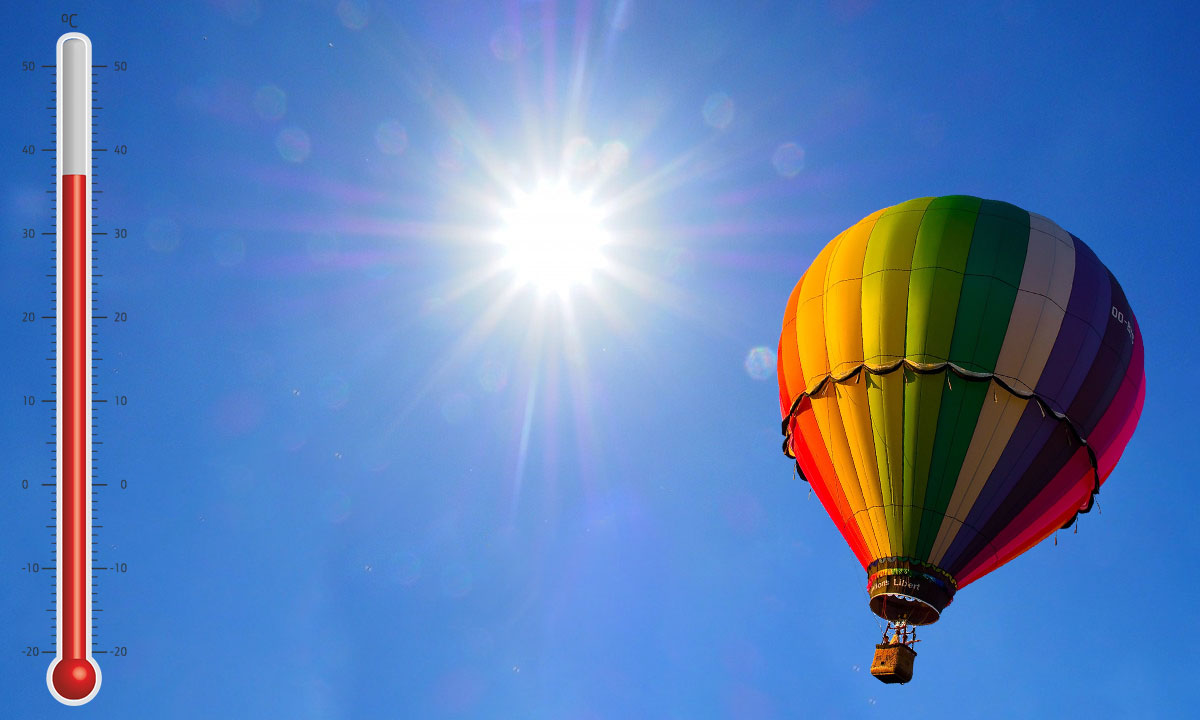 “Awakening is not something we can say: this one is awake, that one is not,” said a Precious Lama in a saffron robe, in Ladakh or in Burgundy, any day of early springtime. This Buddhist monk must have shit in his third eye.

One must be blocked to not recognize a waking. Without antennas, deprived of seeing, walled in logics. A sensitive sees the auras easily. He is immediately informed about the waking state of the person. The aura of a watch has little relation to that of a sleeping person. But when you are young and full of respect for the dress, you say to yourself “it’s me who’s kidding”, and you believe the saffron man on his word. Many are awake who trust those who sleep.

If one is lucky enough to read his books, Castaneda can introduce to a series of beings more in keeping with our nature and sensitivity. Nagualism nourishes the soul and the spirit, strengthens the body, opens the heart and the other chakras, which the Tibetans in exile have been quite incapable.

And when you’ll come across this replica of Juan Matus, you are thrilled: “Do not tell me more about Tibetans,” he said to Carlos, “if they knew anything about awakening, they would not tell so much nonsense about this infinity out there.”  Thanks Juan, thanks Carlito, thank you a thousand times! It’s always a pleasure to meet an author who thinks the way you do.

So let’s forget the Tibetans and their smoky rituals. Here is an experiment, that of my best friend Stef Kervor, strict observer of the philosophy of Nagual. If by chance my readers find themselves there, so much the better.

Kervor made a first body outing as a teenager. A conscious body exit signs awakening. It involves the opening of the crown chakra. Stef Kervorhe signs all the pictures of this site had been awake for a while, no doubt. But he did not know anything about it. The notion of awakening was far from him. He was all awake, he got all signs of awakening including aura, still his behavior was that of a 16-year-old. He spent his time running after girls or behind a balloon. Spirituality? What spirituality? Awakened without knowing it, he was but a stupid Buddha.

This is a little-known feature: awakening has several stages. In the early stages, there are long moments when a watch is not. Nothing is acquired, nothing is stable, nothing is engraved in marble: life, therefore enlightenment, are in perpetual movement. That’s what the saffron man meant. (source)

There are seven degrees of enlightenment. Three degrees of openness: to yourself, to others, to invisible worlds; four degrees of ascension: giving yourself, losing yourself, burning, being silent. From the first stage of enlightenment, we are connected to infinity, we can leave our body in consciousness. But we do not have control. The body exit comes without warning. For years, my friend Stef did not pay attention. Outings to the movies and football games were much more concerning.

2 – Opening To The World

Yet he knew that his intuitions were right. From that time, he learned to understand without thinking. Everything came to him without effort. Very quickly, he could answer the questions of his teachers without having studied the course. And when a teacher became fond of him, he threw himself into the study with a body lost so that the esteem of the teacher comes to strengthen this valuable link.

In spite of the little interest which it carried there, the awake state brings small talents of society which do the business of the pals. When a friend got hurt, Stef had only to get his hand on the torn skin so that she could pull back immediately, without leaving a visible trace. He removed the fire in the same way in case of burn.

And no one was moved. Miracles are the lot of teenagers, who accept them willingly. It’s always won, not enough to jump for joy. After a brief “thank you” they went back to their dadas. Only miracle or not, nobody spoke about it. To evoke such things in front of the adults, not really it would not have come to the idea. The miracle is something that lives. When we talk about it, it becomes a story. A small inner voice was telling Kervor to shut his mouth.

The second degree of awakening sees the arrival of the first gifts, the most spectacular, such as the gift of healing, or the gifts of hypersensitivity, meta-perception. Transmission of thought or telepathy, third ear or clairaudience, third eye or clairvoyance, etc.

Later, much later, Stef Kervor began to travel, consciously, in the infinite worlds of the astral. Then he knew that he was awake, and he understood at the same time that there are several degrees in awakening. Just as no one is ever completely asleep, not even the worst idiot, the same person does not sustain himself in the perfection of enlightenment. Like a popular song, it goes away and it comes back. The friend Stef waited 40 years to do what is done at 21 in traditional societies: the initiation to small mysteries. Deep trance, rebirth or relived of birth, intrauterine life and past lives. From there, the astral plane became his garden.

At least, a certain astral. Because there are a lot of plans in the astral. In each of these plans, an infinity of worlds. The world of white light, gwenwed for the Celts, is the one that attracts the most neophytes. Among them are the Hierarchies, the whole barnum of angels, archangels, thrones, powers and so on, having no taste for this Judeo-Islamic-Christian folklore. There are so many other worlds, why settle for the one that shines the strongest? All that glitters is not gold.

The third degree of enlightenment is the learning of the many levels of the astral, their recognition, their exploration.

Two years later, he started the passing work. I knew him at that time. Like him, without realizing it, I had become a smuggler of men. We each worked in our area, but we had the chance to meet in Rochefort, around Jeff Gros-Sel, our common benefactor. In the jargon of nagual, the benefactor is the one who introduce you to the other world, which opens in the heart of this one. For fifteen years, Stef and I celebrated arcana XIII to those who asked for it.

Now Kervor has hung up. I did the same. This job does not make sense anymore. Things are different, the time is not the same. The beginnings of the 2000s became poems and symphonies. The birth of souls is no longer painful.

The fourth degree is the giving of oneself to a just cause: the best is the one that has allowed your own awakening. This five-day process, which we called Arcane XIII, was for this one purpose only, to allow awakening to the first degree. For fifteen years, we helped hatch buddhas. Idiots, but Buddhas anyway. 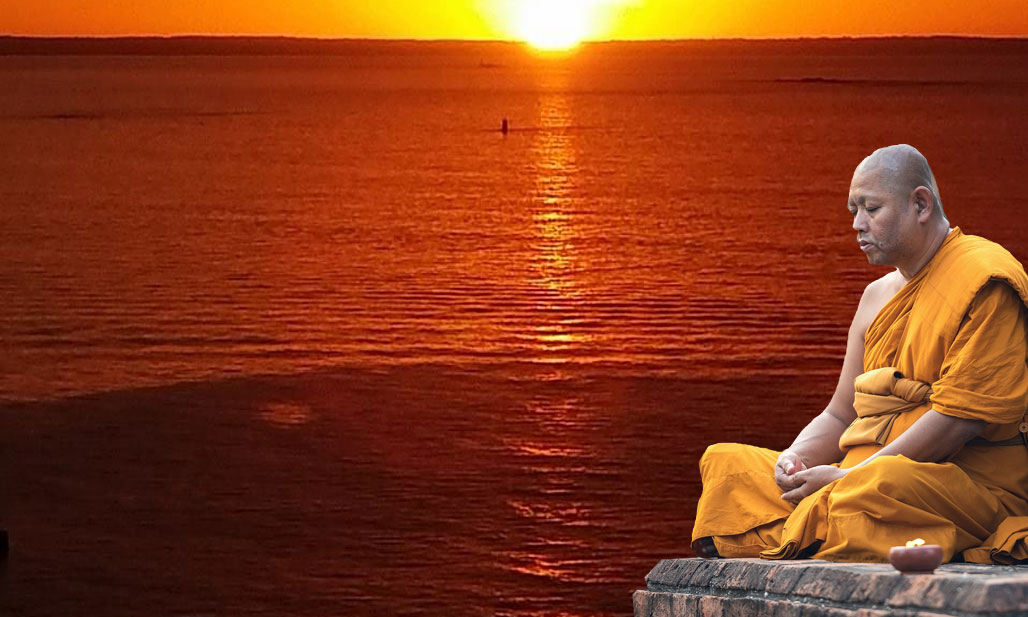 This is the stage where the body of the initiate begins to change. In the Christian tradition, it is the moment when the mystic receives the holy stigmata. In the nagual tradition, this phase is described as the loss of the human form. For the mystic, his God becomes big on him. Jesus is called “my husband” by the nun in a trance.

For the sorcerer’s apprentice, “this infinity out there” burst into consciousness. Seized by the vertigo of the infinite, he feels the human characteristics gradually leave his physical body. He becomes other. Not an animal, not a god or a superman, not a demon or an alien, he has become different. Out of this material world. Elsewhere and tomorrow takes the place of here and now. The last tenuous links that linked him to matter broke down. Where is he ? I would say “in astral world”, but you know like me that this answer is just a good joke.

In fact his life cease to unfold. Fixed point. The moment stops, only its facets, which light up in turn, still give the illusion of continuity. But there is no more time for him, no more space.

To light the fire from within is to leave the underworld on your own. The warrior of the nagual is transformed into a live torch, he burns out literally, he permanently disappears from the material plane. This way of leaving the world of matter should not be confused with suicide. In the 19th century in Europe, numerous testimonies mention these mysterious disappearances. The scenario is always the same. A single person fades out without a trace. Or rather, the person does leave a trace, that’s what makes the thing disturbing. On the tiles of the kitchen there is a burnt spot with ashes only, but nowhere else in the room are any trace of burn or smoke. Sometimes, on the edge of the calcined spot, two or three incompletely burned toes still remain, showing what happened to the missing person.

A wizard or a witch has stopped prolonging life. The most talented healers manage to heal themselves, they keep in good health despite the old age until the day when they stop fighting against an inescapable end. They choose the moment of their departure, like Juan Matus and Genaro. But they flew away. Lighting the inner fire is mentioned in the works of Castaneda, but not these disappearances by fire. Perhaps it is a misunderstanding of Castaneda? There are some in his books …

This is the very last stage. Or not? Does it intervene before, or after, the final departure? Nobody can say, those who know did not return to tell it. Who cares ? Silence is like snow: the great redeemer. It levels all, embellishing and hiding the hideous. Inner silence is the best way to perceive the music of the spheres. The long silence of the tombs …

Let’s live in the meantime. Let us enjoy and rejoice in the wonders we witness.

New auras have appeared. Indigo, crystal, rainbow … Wonderful children are left to their own devices, children kill and die as if they were virtual — maybe they are. Children sing, their laughter is my magical chariot, my swinging low mothership coming to take me away from this land of exile. Nautonier of brass on his black boat, Archangel Michael or another mute psychopomp will take me over river Jordan, or cross the Styx. There life is found, and love, all light, all good. 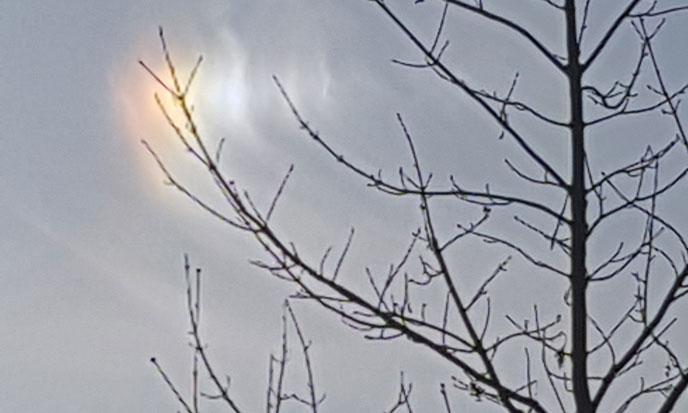