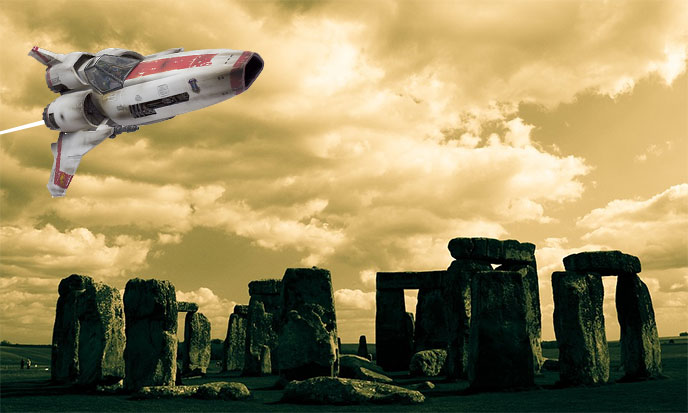 New Atlantis is one of the names of the great maritime empire which occupied for thousands of years throughout the north west of Europe. His masters founders developed an agrarian and craft civilization resulting from the merger of two peoples, Formoris and Tuatha Dé Danaan.

Wait a minute … It happened next door and nobody cares, the history books keep silent and cultural entertainers don’t even mention it. How is it possible? I admit it happened long ago, just before the dawn of the official history, but it’s next door! Why don’t we have no archaeological evidence of this brilliant civilization? For years nobody tried to discover anything. Historians did not care because they’re not concerned about this period. No noticeable change until the oil exploration in the North Sea.

Secondly, because the best land of the Tuatha are at the bottom of the North Sea. The largest island of the Four Masters, the ancient Hyperborean Thule, is now visible on the charts under the name of Dogger Bank. It is a vast rocky plateau which was then the highlands of Thule. During the slow rise of water running thaw and bursting of glacial lakes, the island of the Four Masters was submerged, and its beautiful capital central Edin, was engulfed.

And the tragic fate of Atlantis -completely engulfed by the Atlantic Ocean 12,500 BP- is reproduced identically a bunch of millenia later for the New Atlantis disappearing in the depths of the North Sea.

New capitals have grown, while the Tuatha extended their possessions to the interior of the continent. Two ancient capitals are submerged off the coast of Brittany, in Finistère and Ys Nazado in Côtes d’Armor. There are still two other capitals, Edinburgh, Scotland – Edinburgh means the Fort of Eden – Amsterdam and the Netherlands – the plan of the city of channels reproduced the plan Poséidopolis or PEO, the capital of ancient Atlantis in the description that ‘gives Plato in the Timaeus and the Critias.

Edinburgh means in Gaelic the fort on the hillside. I do not question this etymology, but I have serious doubts about the merits of the etymology as a science. My way of doing things is going to the threads instead of studying the letters. These are the sounds that mark our unconscious, and not the spelling. So I prefer to rely on the music. I call this deciphering the language of goslings – not birds, read the article, you will know why. So Edinburgh means for me the strong city of Eden.

This vast empire of Thule was the model of Atlantis, divided into four kingdoms, each managed by a king or master.

Probably unknowingly, JRR Tolkien us perfectly describes this empire under the name of Middle-earth, which is actually one of his names. Most often, it was called the New Atlantis, so great was the longing in our hearts left by the disappearance of Atlantis First then called Eden or Edin – land of wonders where life lasted a thousand years cloudless happiness.

The New Atlantis was not far from it, this wonderful land and fresh living.

Certainly there grew fruit now extinct, the golden apples – and other varieties of delicious fruits and vegetables grew there in great abundance, hence the nickname that received land Garden of the Hesperides, in tribute to the Garden of Eden from overseas. Apples are also magical thinking Island Druidesses dear to the Celtic mythology, Avalon, the island apple?

These agricultural prowess and the magnificent beasts from Thule farms were hard-won by the Tuatha: it was the issue of the second battle of Magh Tuired when Formoris defeated agreed to share their ancestral knowledge to Lug war chief of the Tuatha Dé Danaan. Prosperity of the Hyperboreans – such was the name of New Atlanteans – became legendary and began to win the East.

The fleet consisted of several Tuatha giant vessels, the same size as Noah’s ark described in the Bible. These ships had metal hulls and engines to mercury vapor propelled them quickly on the water and underwater. Remains of advanced technology have been preserved for a long time in several conservatories in the care of men and women of knowledge, which is why – and especially how – flying machines or weapons “modern” have been described at different times our history, and in remote locations.

But over the centuries the sea has continued to rise. The four kingdoms were fragmented by numerous inlets. Several capitals have disappeared. The four capitals of the four masters were then Edinburgh in Scotland, Amsterdam in the Netherlands, Tara in Ireland and Nazado towards the Minquiers plateau off Erquy in Brittany. The place where I live. 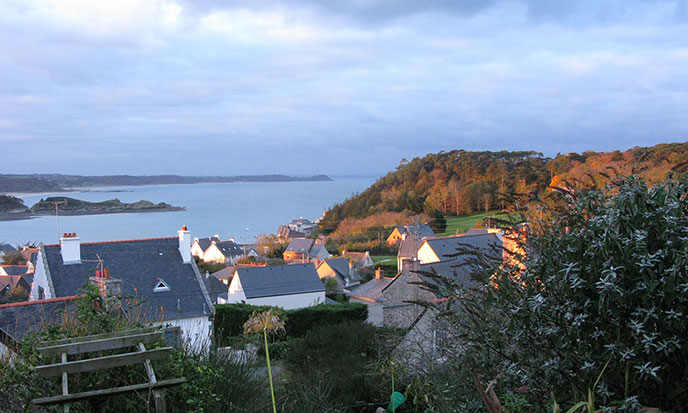 Several capitals disappeared. Then the Four Masters stopped cooperating. Internal strife degenerated into fratricidal wars. Invaded by water the Western Empire is reduced to a trickle and the Masters had to leave Middle-earth.

Some went westward with Cuchulainn the Dog of Erin, others went eastward with Ram the Aries of Edin. A new era began, while was starting too the mainstream history, you know, the big lyer.