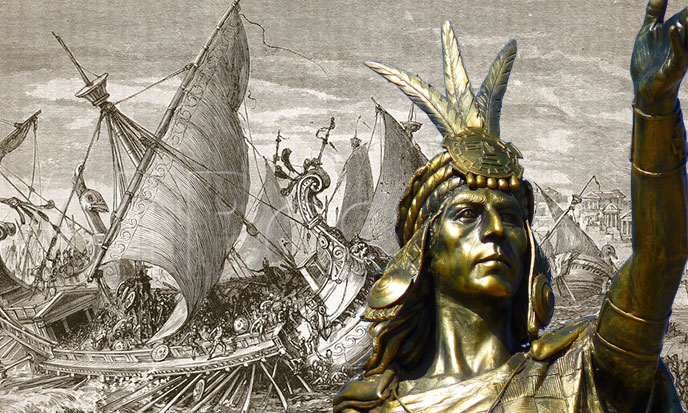 When the main islands of Atlantis disappeared beneath the waves, many survivors found refuge in the American continent, already largely settled by their ancestors.

Some settled in Mesoamerica: they are the source of countless civilization that developed there. Others have won the Andes, North America or Antarctica, another important settler colony of the former empire Atlante. But other survivors sailed to the east, where they have returned to their ancestral lands distant. Black Atlanteans returned to Yoruba Country. White Atlanteans won Liguria, Etruria and especially Northern Europe where they founded the first Western empire.

If the authors of the frescoes of Lascaux or Altamira were not savages, they were much less civilized than the Atlantean invaders. Overall, their relations have not been hostile, even if the ‘Indians’ have often plundered the newcomers’ crops. Some Indians came together with Atlanteans to serve them. 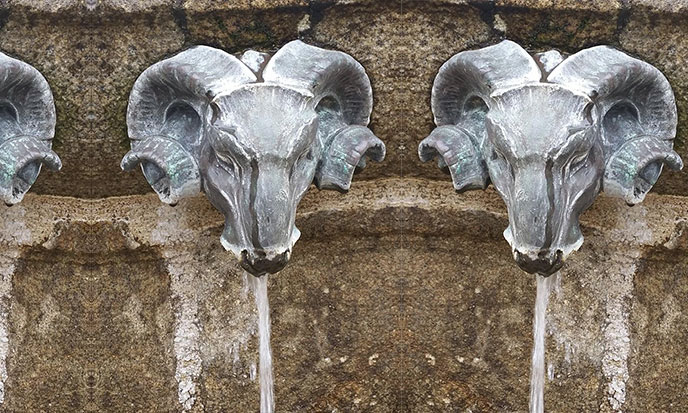 Their new masters taught them agriculture, weaving and metallurgy. But most of the natives found it more prudent to stay away, taking them either for gods of for demons.

The Atlanteans, people of sailors, settled on the coasts of Western Europe, relegating the native peoples to the inland. The Unconscious of the British have preseved this RAM, as evidenced by a Cat Stevens’ song,  Longer Boats. Yet, from 8000 BC, or even earlier according to some geologists, the sea level began to rise rapidly: 130 yards in a few millenia time. Over the centuries, littoral people had many times to renounce their ancestral land swallowed by the ocean.

The traumatism was terrible and lasting. Though it was old of thousands of years, the memory of this inexorable water rising still finds echoes in many legends of our Atlantic coasts, which testify of the presence of ancient sunken cities. In Holland, in Great Britain… In Britanny, it is the city of Is, off Douarnenez (Finistère), or that of Nazado, off Erquy (Côtes d’Armor). Decorated with a truncated pyramid, the city of Is was the capital city of the Tuatha.  It lies under the ocean, a few miles off Ushant Island. 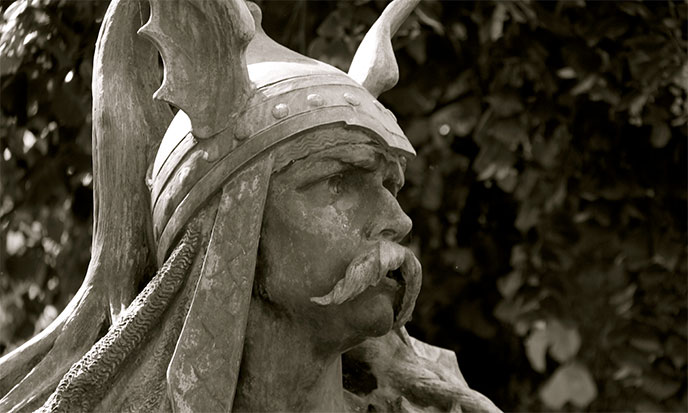 The city of Nazado was a powerful Neolithic city built around a large white pyramid. It was located on the south bank of the estuary of a great river, formed then by the Seine, the Somme and the Solent, twenty miles north of Guernsey. Divers, take your bottles! What a victory it will be on the day we find the traces of these ancient cities! Reluctantly, the Atlanteans have left their cities and their lands. Pushed inland by the rising waters, they felt more and more confined.

Behind them gobbling crumbs of their knowledge, indigenous peoples, half-wild, strive to imitate them. We no longer speak of Atlantis, as it disappeared. The new masters come from the four northern islands, the great mother ship in stationary orbit above the North Pole. In the Celtic memory, this fourfold spatial island called Hyperborea, its Greek name means “who is above the North Pole.”

The new gods are like the old ones. They are called not the Atlanteans yet, but Hyperborées. Under different names, many of their tribes took up their quarters in Celtic land. It is mainly the Tuatha, the Etruscans and the Ligurians. Another looming age. The emperors of the world were no longer Atlas and Poseidon, now they are Rama, Cuchulainn, Enki.

Their work has been just as significant as that, colossal, of the first settlers. They had to heal the wounds of a fallen world, once again, into barbarism. Again teach humans to write, to read, to count, to handle the language with finesse, to melt the metal, to build stone walls, to raise livestock, to grow crops, these are some evening classes that the Hyperboreans have given to Northerners. 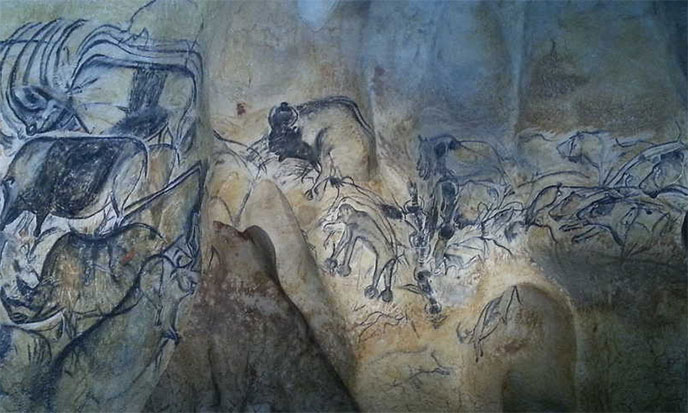 Southerners had different headquarters. In the middle of the Indian Ocean between Africa and India, a circular spaceship landed such an island. It is called Punt. Bordering Egypt, Sumer, Ethiopia and India flock there to barter are unknown gadgets and precious materials. The Land of Punt still intrigued historians as to its precise location. They always look peubent. As did the island Atlantis ship, the Land of Punt one day resumed its flight to the stars.

Already the changes come. Bronze Age came ton an end, the terrible Kali Yuga already points the nose. The fall was beginning. On this occasion, the last living gods should have use lightning to hold in check the rising clans. Why not imagine that a cataclysm of human origin, as the outbreak of fire from heaven, has wiped out a number of turbulent populations?

Before that the son of The Last Atlantean shamelessly marries an Egyptian princess… While his buddies astronauts were regaining the stars in their subliminic UFOs … while the last wild people were still dreaming their lives in the jungle of Europe.