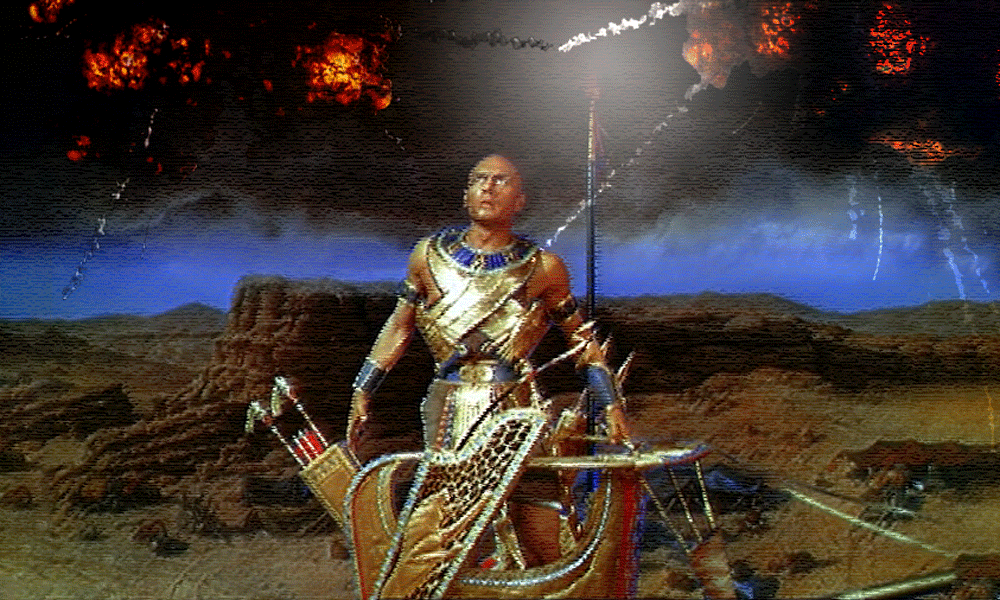 Many pharaohs have marked the history of ancient Egypt. Their famous names are associated with pyramids, temples, cities. Their story is known, narrated by the most learned experts, analyzed and scrutinized for three centuries. Yet one of the main biblical riddles still has not found a clear solution.

What Pharaoh exiled the people of Moses? Under what rule these notable events took place? This uncertainty drives to all the speculation. Is Moses historical or fictional character? Did the exodus really happen? Was the captivity of the Hebrews in Egypt a reality? Generations of Egyptologists could not decide. The truth is out. From the pen of the great ancient historian Manetho himself, we find traces of the deportation of Jews during the reign of Thutmoses I. It could not be clearer. Obviously, he is much less known pharaoh. 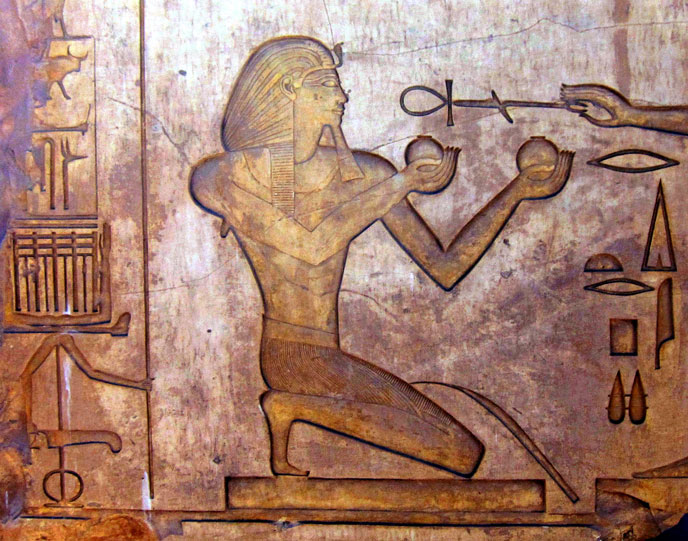 “Thutmoses I was the third pharaoh of the eighteenth dynasty during the New Kingdom. He takes power after the death of Amenhotep I, with whom he appears to have no direct family ties.

According to Manetho, Thutmoses I reigned twelve years and nine months. His kingdom took place around -1504 to -1492. Probably an age at least equal to that of his predecessor, Thutmoses I was already father when he ascended the throne. During his reign, he made great campaigns in the Levant (to the Euphrates) and Nubia, pushing the borders of Egypt further than ever before. He built many temples in Egypt and is likely to widen, for himself, the first tomb of Pharaoh attested in the valley of the kings and established his mortuary temple at Deir el-Bahari to where his daughter Hatshepsut built her own.

The latter is married to his son and successor, Thutmoses II.” (source)

Gee, he was the father of dark, sensual Hatshepsut, the prophetess. A great queen, moreover, married to her uncle Thutmoses II and regent for her son Thutmoses III.

During the three kingdoms, the main concern of Egypt was to push out the Hyksos, who occupied Upper Egypt for a century and a half. Some historians see in the Hyksos the predecessors of the Hebrews – if not the Hebrews themselves. 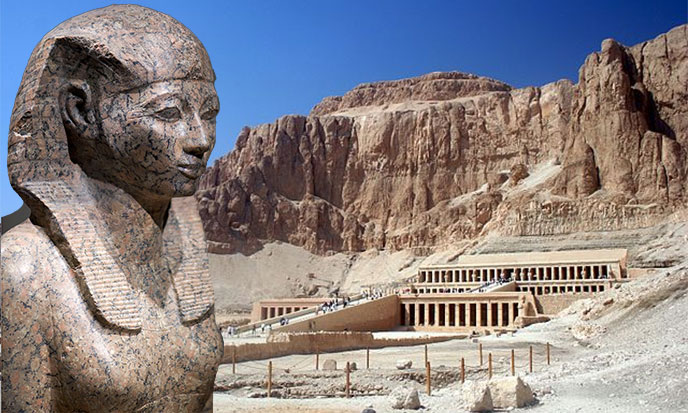 What was their origin? From Touran, the Hyksos horsemen had swept the Middle East galloping their fast horses, as fast as their victory. Coming from Central Europe, the horse was unknown in Egypt. Egyptians fear consummated their total rout. “It took a lot of courage to dare to revolt against the Hyksos, as hard as the Turks! In the Cairo Museum, the mummy of Saqnenre, Prince of Thebes died in battle, speaks for itself. “The man was tall, vigorous, built to live a hundred years. He resolutely defended against the attackers, it looks like the features were still breathing fury” Manetho wrote.

Having pursued the Hyksos beyond the Sinai, the Theban Pharaohs decided to protect Egypt by steps – outer provinces – in Palestine and Syria, to prevent the return of the conquerors.

Thus was born the imperial Egypt, the Hebrews not without exaggeration nicknamed “the cruel Mizraim” When the father of Hatshepsut takes the city of Megiddo (Galileo) after fierce fighting, the scribes establish the following balance: 83 dead and 340 prisoners; no systematic looting; the Egyptian state considers that robbed people would be unable to pay taxes to the winner.” (source)Manetho quoted by J.L. Bernard, Aux origines de l’Egypte

Suddenly I pinched myself to make sure not to dream: “As a result of the famine that reigned around Megiddo, 1796 men, women and children were taken into captivity in Egypt. They would be fed on the royal estates, waiting to repatriate them.” Where is the cruelty in there?” (source)J.L. Bernard, Aux origines de l’Egypte

So we know that 1796 Jews were deported from Egypt under the reign of … what again? Thutmoses. Duh! One has only to read his name !! Ending Moses! This pharaoh got the name of Moses in his own name! Well, no surprise, some other pharaohs got mose or moses into their name. “Moses” means “born” in Egyptian. 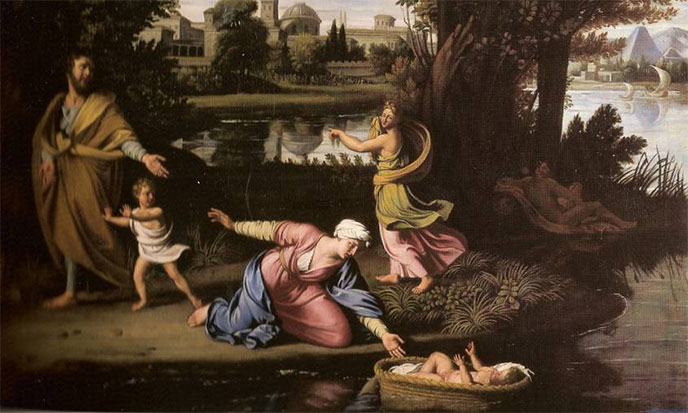 So Thutmoses means “born from Toth.” And Moses was born from the water, according to the biblical legend.

“Thutmoses II is one of the more popular candidates for the Pharaoh of the Exodus. Alfred Edersheim proposes in his “Old Testament Bible History”[31] that Thutmoses II is best qualified to be the pharaoh of Exodus based on the fact that he had a brief, prosperous reign and then a sudden collapse with no son to succeed him. His widow Hatshepsut then became first Regent (for Thutmoses III) then Pharaoh in her own right. Edersheim states that Thutmoses II is the only Pharaoh’s mummy to display cysts, possible evidence of plagues which spread through the Egyptian and Hittite Empires at that time.” (source)

In any case, the exodus belongs to History. But not the Hollywood way. Not that big. A few hundred fugitives in the desert behind Moses, who was a member of the royal family, while pharaoh pursued them with army. French author and researcher Albert Slosman titled one of this books Moses The Egyptian. He was not only Egyptian, he was the king of Egypt, pharaoh Tutmoses III.

The Bible tells us that the old pharaoh died before the Hebrew people has regained freedom. Exit Thutmoses I. The exodus thus took place under the reign of his heir and brother, Thutmoses II, who married his niece Hatshepsut.

But his reign did not last long enough. That’s why many Egyptologists lean more to the reign of his son and successor, Thutmoses III. Serious arguments seem to support this view.

“Several elements of biblical origin are in favor of the identification of Thutmoses III with the “Pharaoh of the Exodus.” Thus, date calculations on what is known about the death of Thutmoses III through the biography of Amenemheb (who served under several pharaohs in Egyptian navy) would fix this death to the year -1450, in the month of March or April, which coincides well with the Biblical indications.

Another interesting aspect about Thutmoses III concerns the dating of his mummy, which led to an estimated age at death between 40 and 45.

However, Thutmoses III reigned 54 years, and he would have been at least 60 when he died … It is possible that another body was substituted, which would make sense if it was impossible to give burial to his body disappeared in the Red Sea.” (source)Wikipedia

But this is pure speculation. Anyway, all this script makes sense. Thutmoses I, II and III vs Mosis / Moses. Thutmoses I deported to Egypt the small Jewish people who then was only 1,800. Abraham’s children will outnumber the stars of heaven, promised the Lord. They were not there yet, but it was a start.

I think Thutmoses I is the biblical pharaoh who protected Moses and gave him the education and the dignified initiation of a crown prince. I think his brother Thutmoses II or nephew Thutmoses III was the Pharaoh of the Exodus, who with all his army pursued the fugitives Moses and the Hebrews.

What a story! One point, I even thought that Moses’ wife, the beautiful Zipporah the Midianite woman was none other than Queen Hatshepsut herself. Queen of Egypt, it could well come from Midian, as no one knows where was this neighboring country of Egypt.

I can not close this chapter without further investigate the troubling Hatshepsut. A new article thus is being prepared. 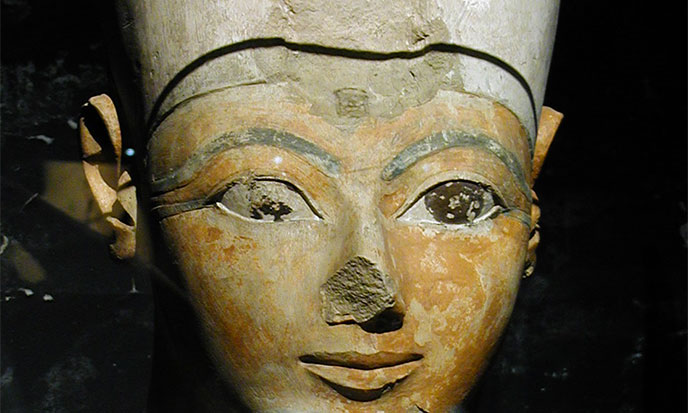 Patience and length of time are more than strength or rage.