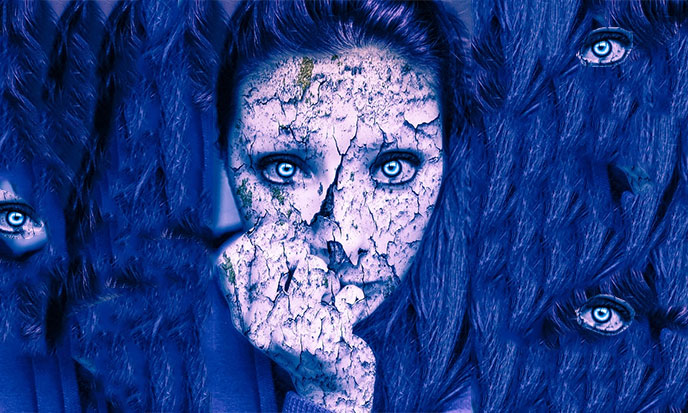 NASA is at the right place to know whether aliens do exist. Now NASA is formal: aliens exist only in Hollywood movies. And in some unfounded rumors.

But there are no E.T., no Men In Black, no Roswell being, no such things, NASA says. Ifever you meet a creature from nowhere, don’t panic. It is not an alien. Not at all. It is an extranean.

Extranean, name and adjective: neologism, U.S. origin, ie NASA origin, formed by “extra” meaning “from” and “nean” meaning “nothing”. Those-who-come-from-nothing: that is how NASA calls the aliens of Roswell or anywhere.

Those who do not exist, since they come from nothing. Yet, as we will see, Russians find a lot of them in their lakes. Besides, NASA has always denied their existence. And not only NASA: CIA, FBI, U.S. Navy, U.S. Air Force, U.S. Army and their innumerable branches also did. Funny fact: Pope Francis is the only one to say that alien do exist.

But for government, army and others, no such thing has ever existed. This wild bunch of small groups have been jealous of one another and prejudice each other for years. But they have been unanimous on this specific point for years: there has never been anything unusual in Roswell. Apart from rumors about a phoney movie. 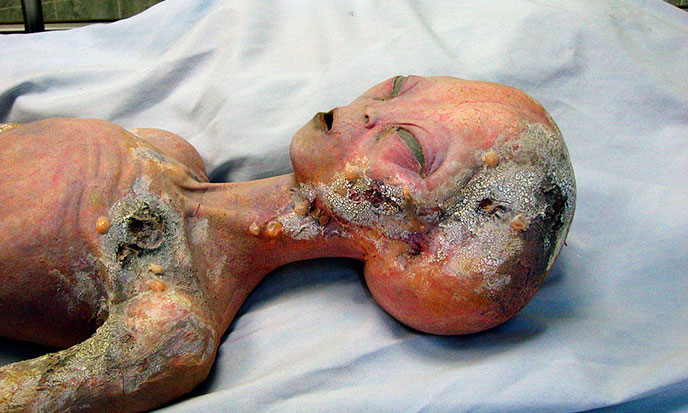 When they were asked, some even had the nerve to answer us: “Where?” In short, there are no aliens, neither in Roswell, nor in the Bermuda Triangle, nor elsewhere. Except that, regularly, confidential archives are declassified, ie made public.

And at that moment, oh surprise, we find that the bodies of aliens that do not exist have been observed, described, compared with each other, or even dissected, but shush! We do know well they do not exist, don’t we? And especially not in Roswell, since we tell you! Regularly non-government study commissions are created here and there, regularly one or two members slam the door leading to a commission, regularly the same appalled experts publish shock books on the matter, the whole world in desperate to get hold of them nodding, but the average French man still does not believe in it.

Rationalist by conviction, he is proud to belong to the country of Descartes, whom he has not read. Being the bee’s knees, he quickly becomes too big for his boots.

While we are going round in circles in our hexagonal labyrinth the age of Aquarius tumbles like a whirlwind on the planet, but as the Chernobyl cloud, it stops at the French borders. In short, there are no extraterrestrials. Just extraneans. 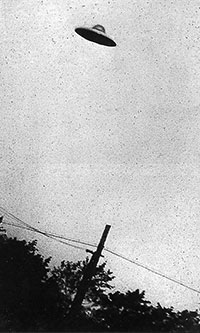 There is an important distinction, this is not only a bad trick from NASA. Moreover, very few pictures circulating on the web showing credible UFO. Most are rude tricks, like this one. Note the poor quality, the grains that block the sky, yet the UFO is very visible, as if he was very close to us. This flying saucer would it not a street lighting? Note that it is in the same plane as the skyline behind it: it was easy to erase the cable holding the pseudo-attached saucer. Is this disinformation? Anyway this picture is the only one that is free of rights. Coincidence, of course …

In an attempt to see things clearly, we listen to very contemptuous people who are ready to everything but to speak the truth.

We all see the egg on their faces, but they don’t. “Despite the goodwill of astronomers from all countries, who scan the sky through bigger and bigger telescopes in more and more numerous programs, neither a UFO nor a larger vessel was ever observed in the distant spaceWrong. Just read Nexus or Top Secret to see some. It seems that UFOs materialize near our planet, as if they came from nowhere.” (source)NASA employee who keep the anonymity  Incidentally, this is the exact behavior of the interplans or allies, these visitors from another plane of reality. Only they do not use flying machines. They are spirits. 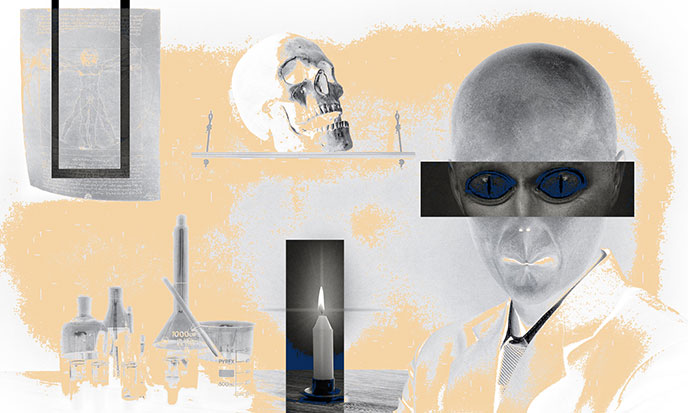 Yet they exist and are even many on earth these days. Maybe NASA she also works on them. In this case, the employee in question was not aware, he scored against his side … But take him at his word: if there is no UFO in interplanetary space, it means these visitors are at home on earth.

This submarine warfare have killed already. The astonishing case deserves a special article.

The tragedy of Africa is that the African people have not sufficiently entered into history.