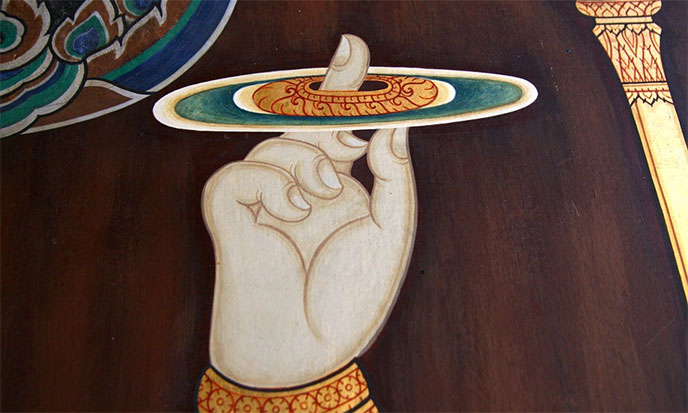 Every living being – animals, plants, humans – has an aura. Even artifacts have auras: megaliths, cathedrals, pyramids, but also houses, cars, boats, sculptures, yes, even the small scarecrows.

Rocks, mountains, rivers have auras. To the clairvoyant, the spectacle of the subtle world is a festival of colors shifting, swirling, spirals of active energy. Van Gogh’s work under acid, with neon colors and bronze pastels. In this rich vibratory palette, the lack of aura is as plain as the nose on your face. It betrays an intruder first class.

To the layman, man, woman or child who comes to him, he looks nothing special. Nothing really. He is someone with a scary banality. Here we got the first clue, Doc Watson. In the eyes of the clairvoyant, on the contrary, that person looks very unusual. He appears in his physical body only, without aura or energy body, without a single hint of brightness. This being has a leaden aspect. His physical body looks opaque, digging a hollow in the bright astral landscape where the light vortices are everywhere. So a clairvoyant can be sure of dealing with an interplan, or ally.

Do not be fooled by this word, they are called allies but they are hardly friendly. They come from a plan of reality foreign to our world, hence their name interplans. They could be extraneans, a neologism that NASA uses to designate the pilots of UFOs. Extranean literally means coming from nothingness. CIA and NASA seem to know very much about these people. As the extraneans, the allies have nothing to do with our world. They found a way to sneak in this plan. Stowaways. Departed. They pass through the negative telluric points, by watering places or through seances of spiritualism or voodoo-like bewitchments.

They sneak through the lower energy gap: the unconscious of a seducing priest, of a calculating rabbi, of a simulating yogi… The interplane takes the appearance of a human being, but his imitation is coarse.  Several clues betray him: the absence of light, the absence of shade and especially the absence of look. These beings have no shade. They leave no footprint either on the sand or loose soil. They move in silence, in the utmost discretion. They come out of nowhere: the moment before the place was empty. They appear most often near the chakras of the earth, i.e. points overloaded with cosmo-telluric energy.

You are in meditation in one of those powerful places, when one or more walkers emerge from a deserted road. Sometimes they arise from an isolated clump of trees, whereas we should have seen them run there before. Sometimes they come out of a ruin, of a slope or anywhere, but always in a highly unlikely way. If you have any doubts about a strange hiker, look for his shadow. If he has one, this is just another crazy man. If he does not have, there are two possibilities: either the sun is veiled, in this case you do not have either. Or it is an ally. An Interplan. A visitor from nothingness.

If you dare, look into his eyes. Just a quick glance, no need to open the door wide for him. A quick look is largely enough. The eyes of the allies have nothing human, living or dead.

Yes, the dead have a look. Zombies, too, have weird eyes. But these are human eyes, even if they are dead. The eyes of the allies are unlike anything known, human or animal. All eyes are more or less brilliant, colorful, expressive. Not those.

Instead of emitting any colored signal, even dull, even small, they seem to absorb any light, like the black holes do. Their eyes are empty, but of an active emptiness that spins our consciousness. They express themselves through the eyes and never speak otherwise. These visitors without shade and without footprint do not belong to our universe.

We function with a liquid-like energy, our environment makes a great place to water. The fetus begins in this element, and our body is composed of 75% of water. Coming from another plan of reality, from nothingness or a parallel universe, the allies are electrical, their environment is of fire, heat and drought. Their contact is sizzling, it can either burn us or freeze us until the fibers or simply annoy us, depending on their energy charge and ours. They can not hurt us, though. They love our world and the feelings it gives them.

They imitate human appearance to better seduce us. They feel a great pleasure to slip into our aquadominant world and seek a warrior or a wizard to transform their tourist visa into a long-term residence permit. Indeed, some wizards have a passion for these creatures from beyond the world. The Yaqui sorcerers call them allies and put them in flasks. In the Middle East, they are djinns, they are put in oil lamps.

The shamans and sorcerers of these different countries behave the same way with these interplans. They tame them by sucking out their energy, they say they harness them. To harness an ally is a simple thing to explain, not so easy when you have to do it. You have to strongly grab him and hold him on the ground until his energy is out. The shock can be strong, you should not let him go. 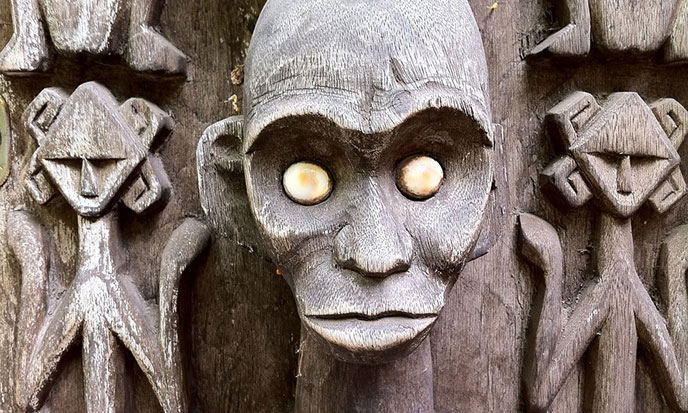 When all his energy is lost, he reinflates with the aquadominant energy of our plan. The ally is harnessed. Now he will remain in this plan of reality, faithful servant of the harnessing wizard he will help in his magical works. The wizard locks his ally in a small special container, bottle or oil lamp. This curious container becomes the residence of the ally, and remains most of the time invisible. In voodoo, the loas are allies deified, which is of great imprudence. The faithful are overlapped, ie possessed by these allies.

The body of the possessed serves as container, water bottle or magic lamp. However, beware! Itis not an experience among others, as taking ayahuasca or making a bungee jump. Like all rites of possession, the voodoo practices of Haiti, Brazil or West Africa are exercises too dangerous to risk it when you do not have any experience. And when you have, you would risk even less. It is risky to make room for other entities. They are waiting this for so long!

How to be sure they will leave without making a fuss when the sorcerer will tell them? If they refuse to give way to the rightful owner when he comes out of his trance, he will find a physical body already occupied by another. And what other! Cohabitation is never pleasant, but with a loa, this is the opposite of a sinecure. One only has to endure stoically, his cold feet. In trance, no aftermarket. And good exorcists do not grow on trees.