In terms of vibrating place, Chartres is the top, oh yes, they say with the Potala, Lhasa, Tibet, but that was before the Chinese invasion. The strongest point of Chartres is the Carnutes hill, where stands the cathedral.

In the cathedral, there are two black virgins, including Notre Dame in Earth vibrating bonkers. But the best of the best, the cream of the crop, the labyrinth that adorns the pavement of the nave, and in the maze, the central point is called the eye.

Certainly there are strong points in each province around the earth. In all religions, monks were wise enough to build their monasteries in places with a vibratory rate superior to 10,000 bovis. This proves two things: that the monks knew how to evaluate the power of a place.

They always settled where the beneficial energies of the earth keep them in good health, the first condition of spiritual elevation. It clearly shows that the monks like what is good, hence the archetype of the monk’s greed. The real greed of the monks is not food or flesh: it is a feeling they call ecstasy.

Up to a point they built places dedicated to ecstasy.

Even if they feasted subtle energy, they were not greedy enough to venture on too powerful sites.

Above 15,000 bovis, there are indeed special places, that we also called the chakras of the Earth, where the cosmic-telluric burden becomes too high. No one lives there, with a few exceptions: the circle of standing stones at Avebury, for example, or Folle-Pensée in Dark Forest.

The holy places of the gods … and privates! In the Henge of Avebury, there is a hamlet with a famous bookshop and a pub-hotel, spend a night in such a vibratory rate seems a challenge. And yet!

Yet, when the ortho-oriented Earth knew a vibratory rate more powerful than today, we put up with it very well, since it was heaven on Earth. Man lived there much longer, he was much greater, by size and by his powers. Under a rain of cosmic-telluric energy strong as a Troll, we lived in the Eden of eternal spring, the paradise of hunters-gatherers, before the Fall, before the time of the farming slaves.

How did the image makers and medieval builders have access to some traditional knowledge that have been overlooked for millennia? By their deep knowledge of this forgotten energy, the journeymen builders are the heirs of a very ancient tradition, that of the sacred builders before the flood, the first ones to have worked on this valuable energy, the Vril.

After the end of the Knights Templars who protected the journeymen builders, a part of their sacred knowledge has been collected by a secular order, the Freemasons.

As for the journeymen image makers of the cathedrals have nothing to envy the builders, they have given us a priceless secret, the famous Tarot of Marseilles, ie initiation Tarot.

Even without labyrinth, the study of the vibratory points is a very ancient science.

The ancient Egyptians had discovered that cats are attracted to the negative points, those that vibrate the lowest on the Bovis scale.

The architects were doing so empirical geobiology by watching, in a room, the favorite places of cats… to avoid them! The dog, him, looks for positive points, we are competitors… Those who rejoice to attract cats should be concerned about their vibratory rate… 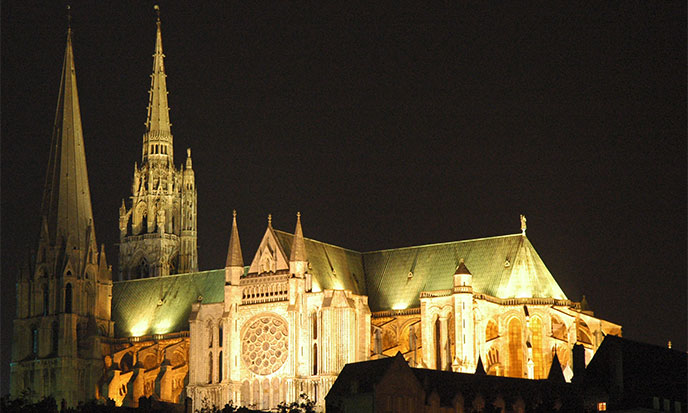 People have for long used cats to transmute negative energies. Nowadays, many people use them to transmute their sorrow, which is another way of saying to brighten up their loneliness. Lonely, the cat accommodates well with a loner. Independent, sometimes lofty, it will never adopt a servile attitude or behavior. The cat is not domestic like the dog. The cat is familiar, like the robin or the chickadee.

In its heart, it remains wild… As we do not castrate it to make it a tomcat. We then use another aspect of the negativity of cats: their fur emits negative ions – which unlike their name are very beneficial to us. It was long used in the magnetic treatment of rheumatism and articular pains… But the greatest power of cats is in their eyes: clairvoyants use them to view pictures from the past or future. Cats are telepathic, nyctalopic, and often mythomaniacs … This is why we love them!

The labyrinth, originally, is that of Daedalus and his son Icarus, but also the one of the Minotaur in Crete, a bull-headed ogre, devouring great girls, who was defeated by the hero Theseus. But for many people in this corner of the world, the labyrinth is that of Chartres. One does not forget his first trip on the Paths of Jerusalem. Unable to tell you about my first encounter too far with this devastating eye, I defer to Keke:

Come again to the Cathedral of Chartres. Before entering it, you will learn a detail that only a lover of history can reveal: entering through the right door, you pass under a devil whose grin almost prevent you to go in. An hour later, calm enough, when you get out through the other door, a sleeping twin accompany you. One of the mysteries of Chartres which contains many others.

Now walk in the nave, choose a seat, strip your feet … Then you will stand right in the eye of the maze, back towards the choir – and point your eyes to the huge rosette.

In a few seconds, it comes alive, warps, explodes in all directions. A strange sensation enters your body. Suddenly, you feel a fall coming back. A voice whispers “Go away.” The sequence lasted barely a minute. My guide, apart from these two words shown me nothing of what I expected.

The other “novice” will have the same feelings. But it is not over. Once out, we find that our phones, properly charged in the morning, have become unusable with flat batteries. How to explain such a phenomenon? 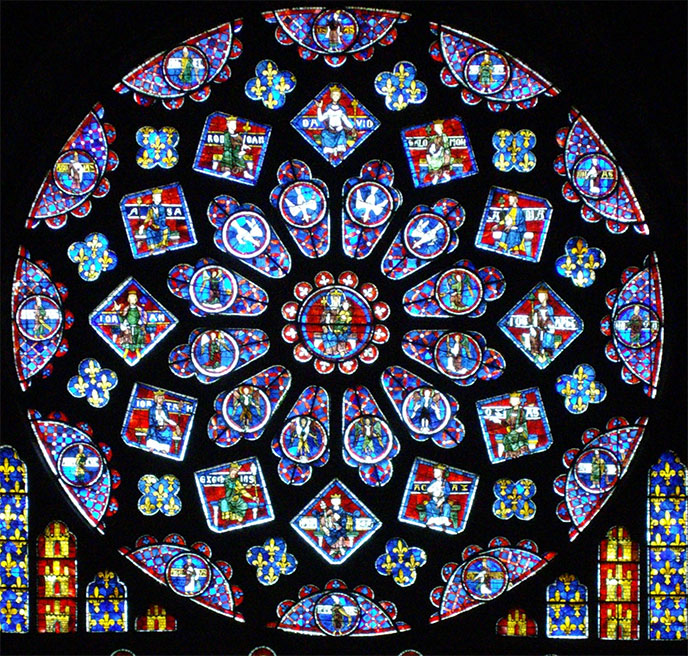 Alas, Chartres is not open to the first comer. (source)