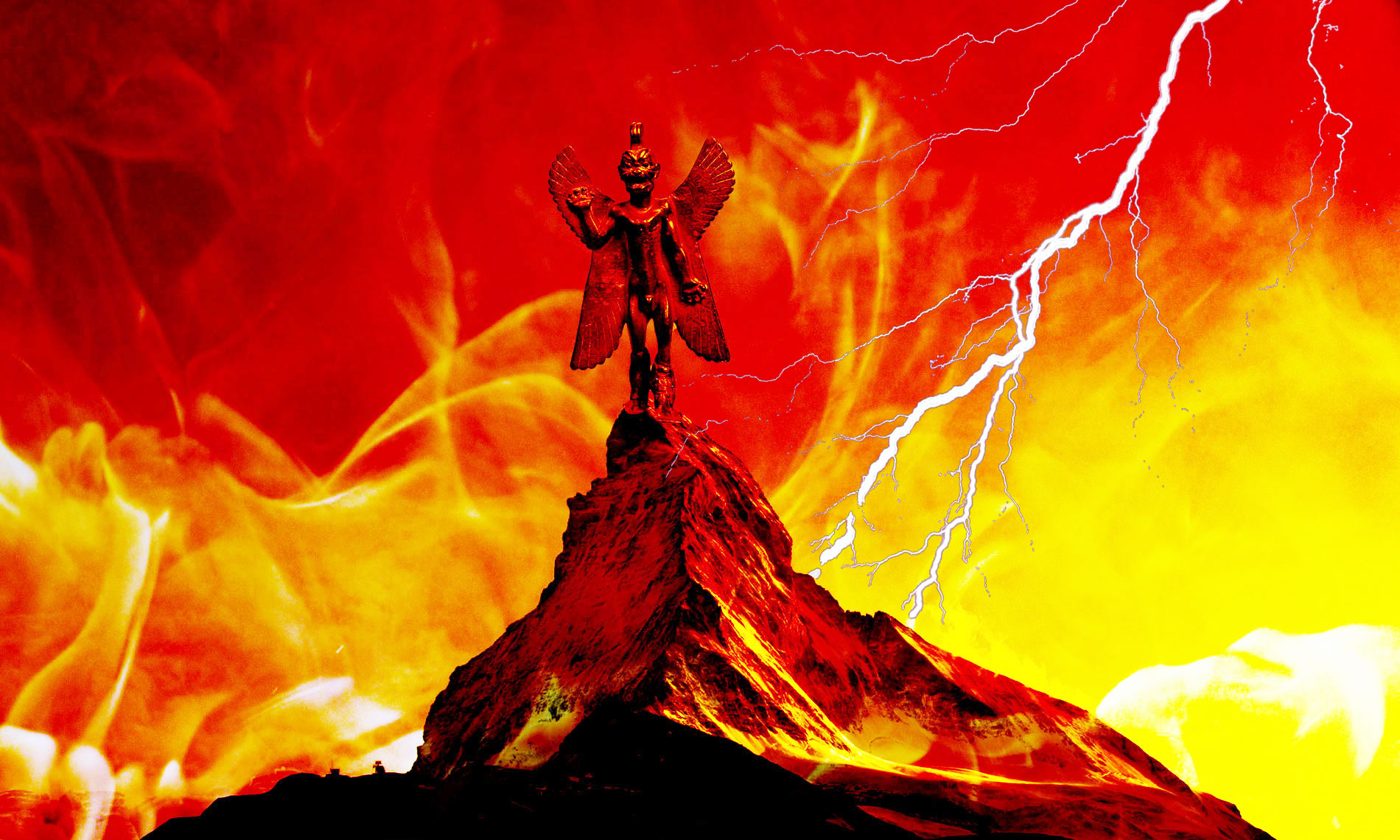 Esotericism is the study of hidden causes. Much of it is devoted to demons and other negative entities. The Bible is full of them, but also the Torah, the Zohar, the Jewish Kabbalist or Christian Gnostic works. I don’t have much appetite for these obscure notions. However, they are part of the realities of the other world, why ignore them?

Much ado for nothing — most of the time. That being said, I don’t think everything is invention in this area. My practice of these questions being non-existent, I tend to lose interest in the world of shadows, as if it had no influence on me. Which is false. Absolutely. No one can deny his part of darkness under penalty of succumbing to the dominant ego — the main obstacle to awakening.

So let’s take a good step. Here’s what I found most interesting. Until now.

Mesopotamian demonology has probably been the forerunner of Jewish and Christian disciplines, although its contributions are difficult to evaluate. The succubus and child thief lilitu of the Akkadian beliefs was thus transmitted to the Jewish beliefs which made it after some modifications the apocryphal character of Lilith. Other contributions have been made through Zoroastrianism, which itself has inherited a number of Mesopotamian concepts. (source)

There is a book very popular among esotericists and kabbalists, which was written in the thirteenth century by Rabbi Moses of Leo under the title of Sepher ha-Zohar, or Book of Splendor. Yet not everything is splendid, so the Nephilim and other horrible demons painted by the Zohar.

“The Nefilim Aza and Azaela were then on earth, teaches Rabbi Yossi, for the Holy One, blessed be He, had driven them from On High, his sacred place. To those who wonder how Nefilim can survive in this world, Rabbi Hiya answers: “These beings are from the people of the “flying birds on earth” (source)Gen.1,20

We have seen how they appear to men under a human form. To those who wonder how they can be transformed, I will answer: unlimited are the powers of the Mind. The Nephilim get transformed at will. “When they descended, they got impregnated with the Aether of the world and they looked like men.” But these choices are irreversible. Angels do not have enough personal power to regain their first appearance once they were “embodied”. By choosing to stay, the Nephilim had to give up their return ticket.

“So Aza and Azael rebelled in the Above and the Holy One, blessed be He, made them fall from it. Then they got embodied on earth and remained trapped in this earthly body they could not leave. They prostituted themselves with the women of this world and until the present day they still remain.” (source)Moses de Leon, Sepher ha-Zohar

Thus, hidden among us since the dawn of time, Azaëlle and Yesaëlle teach witchcraft to humans. 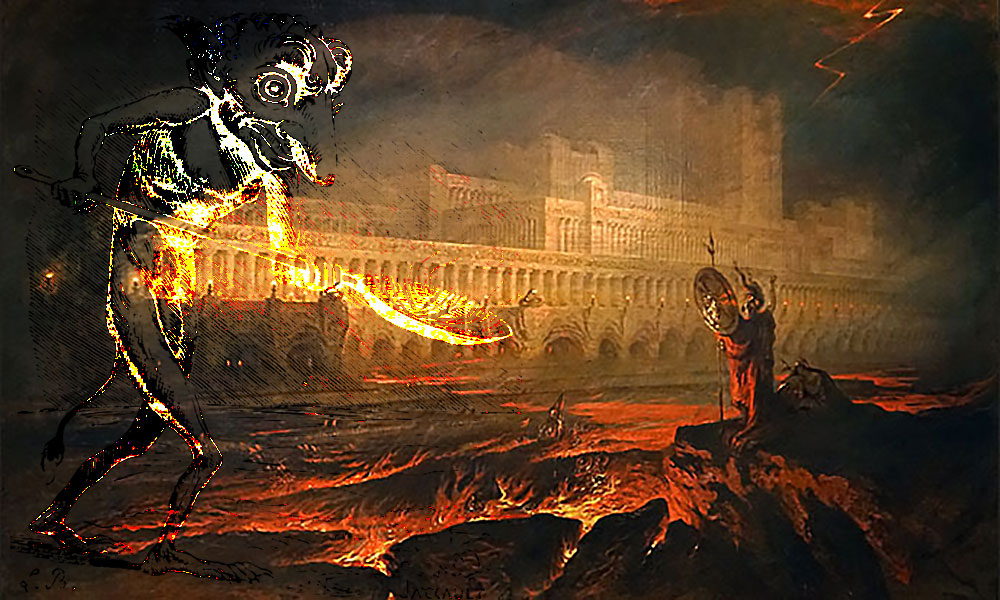 “Those of Aza have given birth to sons they called Anakim, Giants, and Giborim, Heroes. As for them, the Nefilim, they were called “the sons of Elohim” as it has been told.” (Source)Moses de Leon, Sepher ha-Zohar

Elohim were the brightest of geneticists. They worked hard, they had been a lot of trouble to create pure, specialized, operative and easy to train lineages. All this bread soup might wreck their great genetic planning. But the damage being done, it was necessary to remedy it.

“The great mixture is composed of five species of peoples: the Nefilim or Fallen, the Guiborim or Heroes, the Anakim or giants, the Refaim or Shadows, the Emim and the Amalékim.” The Elohim were not going to leave behind them such a mess. “Of the Nefilim it is said: “The sons of Elohim saw the daughters of man were beautiful and they desired them. It is they who made themselves fall from Above because they had married all these women.” (Source)Genesis 6, 2

Men were becoming numerous, they coveted the land of giants. YHVH promised to some men lands still occupied by the giants. (source)Joshua 14:3

“Now give me this hill country that the Lord has promised me at that moment. At the time, you learned that some Anakim lived there in large fortified cities. f the Lord help me, I dispossess them as he said.” (Source)Joshua 14:12 Same happened to David, who defeated Goliath, the Philistine giant. The giants were an endangered species when the Hebrews entered the Promised Land.

“Moses said to YHVH: “Give me a land” and YHVH said: “There is a beautiful land, really beautiful. It is yours. You can lead your people there.” Then YHVH gave Moses the name of this land and Moses said: “Canaan? But this is the land of giants!” YHVH said: “They are dying. You have the ark. You will overcome it.” Then Moses regained confidence and the next day he was dead.” (Source)Xavier Séguin, Eden Saga the Many Splendored Website 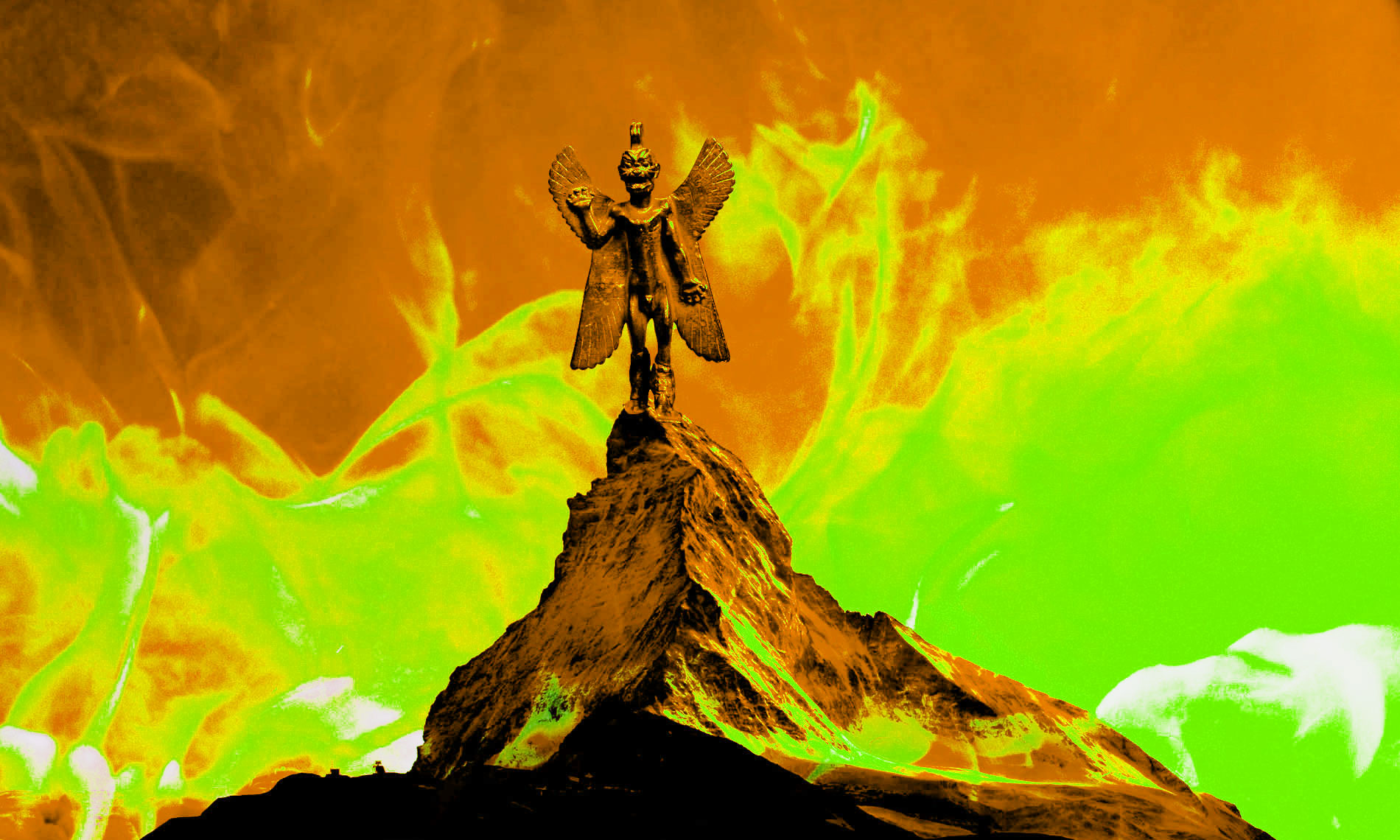 With the help of the gods, men got rid of the giants as they had gotten rid of the Neanderthals. As everyone knows, history repeats itself a little. At the age it has, it is an excusable senility…

Gods like giants like any disproportionate critter tend to neglect grasshoppers. That’s how they see us. Zeus calls us the ephemeral. The short-lived species. He knows something about it, Zeus. He is the one who ordered his geneticist nephew, Prometheus, to limit our life expectancy to 120. We find such spicy stuff in the Bible! Same facts have been told by many ancient peoples. Sumerian, Egyptian, Asian, Native American, Pacific Islands peoples…

As for beating their Philistine opponents, the Hebrews had to fend for themselves like great men. Without the giants. Fight, cocky, brawling, slingshot, miracle, anything you want, but no heavenly armies. David did the job on his own. The legions of angels of their protector Marshal Yahweh, the Jews are still waiting for them. Imagine what it would have been if they were not his chosen people …

Centuries later, Jesus did the same thing again. As Peter drew his sword against the legionaries, Jesus said to him: “Drop the sword. No violence. If I asked him, my Heavenly Father would immediately send me ten legions of angels”. But he did not ask. We haven’t see Angels again.

His Father is Yahweh. Again he. The Marshal who saves his troops. In fact, the heavenly legions are the Arlesian of the Bible. We talk about it, but we don’t see them.

On the other hand, the bomb of Yahweh, we talk about it, we see it, we would rather not. I know Sodomites who took it very deep. As well as Gomorrheans. At the bottom of the Dead Sea. Like they did. Sad sad sea. Like they were. Forbidden sea. As they are.