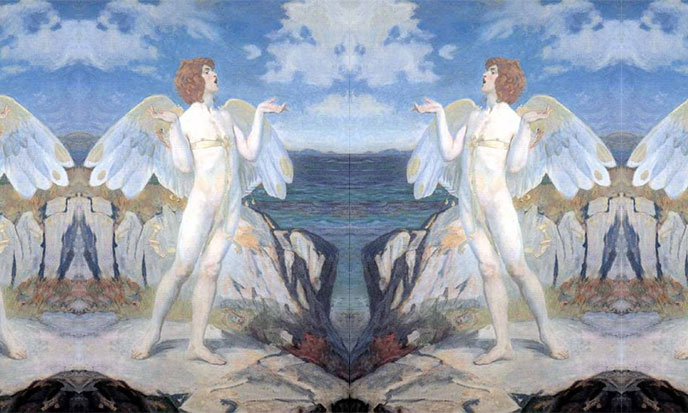 The Celts regarded them as Gods from the Green Land, the Island of the Four Masters, the legendary Thule ie Hyperborea. Ancient masters of Ireland, the Tuatha De Danaan were the People of the Great Goddess.

Formerly, in Ireland and Wales, the most important ceremony was a ritual march called the Challenge of the Elves. The Celtic lords took this title since – as they said – they came from the Elves.

Who are the Elves? Are they humanlike? Are they mythical beings, out of romantic imagination of some writers? Are they different but real? Who knows? Celtic myths are a sacred part of history. According to them, the Elves, called Tuatha De Danaan, are the giants who once ruled over Ireland. Half historical and half legendary, the Tuatha De Danaan erected the large stones. They had genius’ power, gods’ wisdom and giants’ strength, these worthy descendants of the Elohim, ie gods. They represent our divine sonship; on the other hand, no one can say wether they belong to another species than ours. They could have been men of great power, men of highest knowledge, but men anyway. Or did they belong to another species from another star system? For Celtic mythology of Ireland, “the Tuatha De Danaan (People of the Goddess Dana) are gods from four northern islands, Falias, Gorias, Findias and Murias. From there, they bring five talismans: the lance of Lugh, the sword of Nuada, the cauldron and the club of Dagda and the Stone of Fal.” (source)Wikipedia

The Stone of Fal called “stone of destiny” is long and narrow. About a man’s height, the stone had to be touched by the pretenders to the throne, and she roared to designate the future king. They kept it at Temuir. Another stone alike was playing the same role in Scotland. It was stolen by Edward 1st of England, who brought it to London. “When people come to Dana Ireland, the island is occupied by the Fir Bolg who will be defeated at the Battle of Mag Tuireadhprononounce moïtoura or Tuired.” (source)Wikipedia 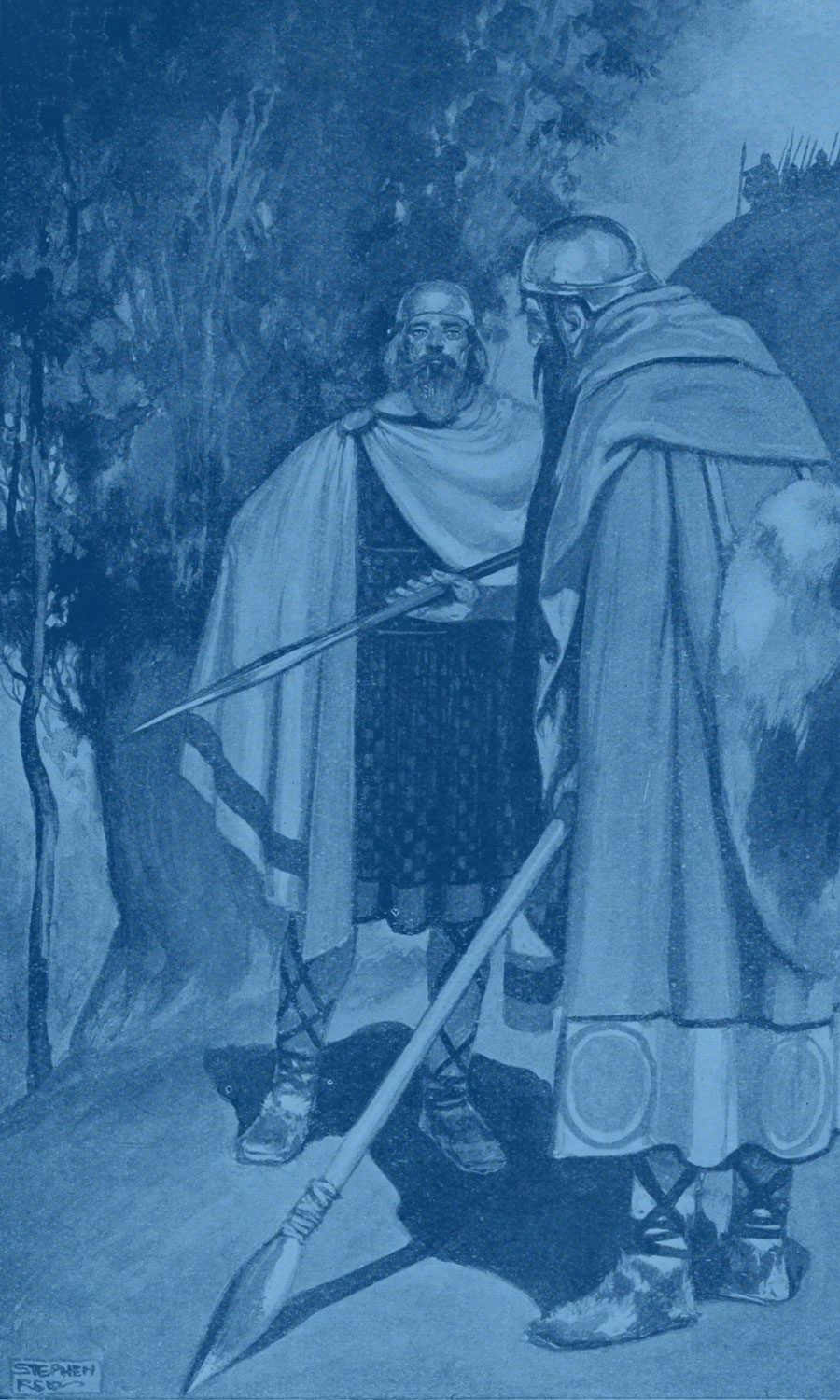 “The Tuatha De Danaan -among whom Lugh and his son Cuchulainn are the most famous- are the mythical ancestors of the Celts in Ireland, but not only that. They left their mark throughout the Celtic world. Presented as gods and goddesses, heroes and witches, they mastered Knowledge, Science and Research under the protection of the Three Primordial Druids: Eoloas, Fiss and Fochmarc.” (source)Wikipedia

First, the Sidhe means mounds, gates of the underworld forever inhabited by Tuatha of the Goddess Dana. It is said that the night of Samhain, the Sidhe are opening to allow everyone to communicate with the spirits of the great ancestors. But the Sidhe is more. Sometimes the Sidhe evokes a western paradise beyond the water, an bountiful and beautiful Edenic land with fine weather throughout the year, where the sun shines every day, where flowers and fruit are ever growing. Didn’it look like the lost paradise of Atlantis, did it?

It also said that the Sidhe is under hills or mounds where the Tuatha De Danaan live. We recognize the habitat of Hobbits invented by Tolkien. It is finally said that the Sidhe is in the singing caverns, in the bottom of the deep blue sea. It is true that Russian divers have met giants at the bottom of Siberian lakes… The Tuatha De Danaan are they among us? This mysterious people left, like the gods. But they left us their inspiration: “Divine and far, she remains in the woods, dressed in purple with gold, armed with a coat of mail. Both sovereign and goddess, mother and warrior, a healer and a Pope, as is Dana, the Mother Goddess of the Tuatha De Danaan, demigods of pre-Celtic Ireland. “ (source) Dana is a perfect symbol for the ancient worship of Mother Earth, such is Gaia in Greek mythology. We find this religion in Egypt with that of Isis, another personification of Mother Earth.

And at the same time, the Turkish Isis is a goddess-mother in splendid shape, a warrior in a space suit, in the heart of a sensual and warlike cult of femininity, which combines the fertile female items with deer horns and trophies. In French, we have the homophonic equation mater = ma terre, and in English we got mater = matter. They both tune in our unconscious. In Celtic land, the worship of Mother Earth has not disappeared with the divine Tuatha De Danaan.

The Gauls had continued to worship her under the name of Belisama, the Great Goddess. And the Britons still worship as Sainte Anne. The Mother Goddess is still here, her name only has changed. A light change in French: Danaan became Dame Anne. The homophony is puzzling. Dana also survived in the form of the Virgin Mary. The Marian cultvery present in Catholicism, it is a religion of Notre Dame… or of Dana-an?, could be reminiscent of Mother Goddess. For Jacques Bonvin, most of ancient black virgins, though dating from medieval times are earlier to Christianity.

They represent our Mother Earth, carrying the Man standing on her knees. Mother Earth, Gaia, Dana, Kwang Lin, Isis, Holy Lady or whatever her name is the Great Mother Goddess. Blind and deaf, she sends her unconditional love to everyone at any time. It flows through wide avenues, through fresh and invigorating energy rivers called the sacred streams.