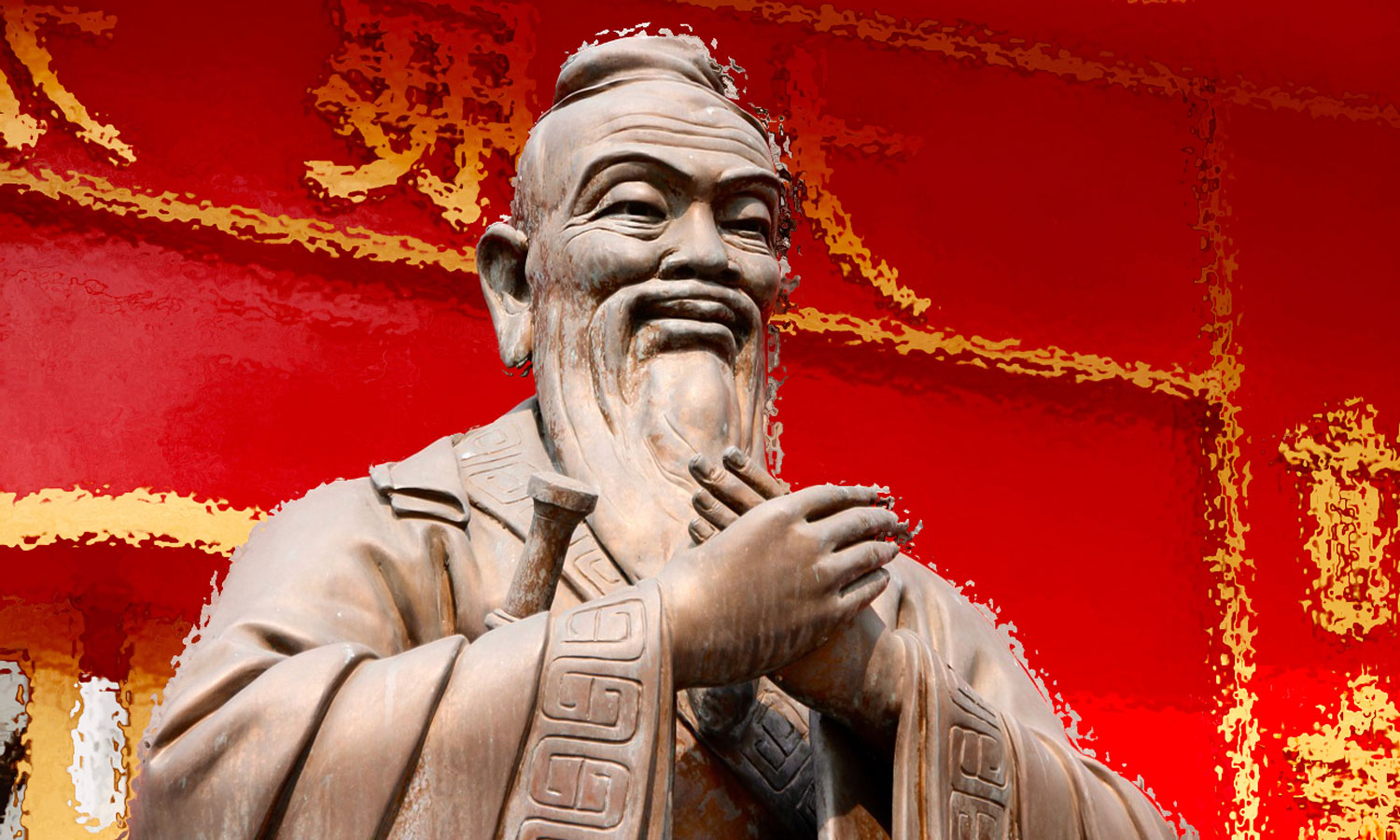 Along with his contemporary Lao Tzu, Confucius is arguably the first sage that China can boast of. He laid the foundations for a fairer society, more respectful of everyone, young and old. Even today, his teaching remains one of the most solid foundations of Chinese thought.

If Confucius did not write anything himself, his disciples did. Here are some valuable lessons from the famous Meng Tzu.

Four classic books form the basis and source of Confucianism, which is more of a wisdom than a religion. This powerful moral philosophy developed as a result of the teachings of Kung Fu Tzu, which in the West we call Confucius, its Latinized name.

Confucius himself did not write anything during his lifetime. He preached, conversed, and exchanged vivid words with a crowd of students and wise men, and when he spoke he effortlessly aroused the admiration of scholars and the common folk. This portrait evokes another sage of the same time, who lived for the word and taught by it. He was living in blue and white Greece, around the same time as Confucius in China. His name was Socrates, he left no text of his hand, but his disciple Plato staged it in several dialogues.

The four holy books of Confucianism, like the four canonical gospels, were written after the death of the great man. These are The Great Study or Ta Hio, Invariability in the Middle or Tchoung Young, Philosophical Talks or Lun Yu and finally the fourth book called Meng Tzu, named after one of Kung Fu Tzu’s main disciples. The extracts I am commenting on here are taken from this fourth book.

Meng Tzu said: I clearly understand the reason for the words being addressed to me; I direct according to the principles of right reason my vital spirit which flows and circulates everywhere.

This vital spirit has such a character that it is supremely large – limitless – and supremely strong – nothing can stop it. If it is run according to the principles of right reason, and not made to suffer any disturbance, then it will fill the gap between heaven and earth.

This vital spirit still has this character that it unites in itself the natural feelings of justice or duty and reason; without this vital spirit, the body is thirsty and hungry.

This vital spirit is produced by a great accumulation of fairness – a great fulfillment of duties – and not by some accidental acts of fairness and justice. If the actions do not bring satisfaction to the soul, then it is thirsty and hungry. (source)Sagesse du Confucianisme, Quatrième Livre, Meng Tseu.

There are some surprising parallels with other traditional or more recent teachings. The vital spirit he evokes irresistibly reminds me of Bergson’s vitalism, or of the vital energy, vril, dear to Greco-Latin antiquity. As when it is deprived of its vril, without this vital spirit, the body is thirsty and hungry.

I also recognize the magical wisdom of the Indians of Latin America. According to the principles of nagualism enunciated by Carlos Castaneda, only two principles govern our destinies, Energy and Intention. If the warrior cultivates in himself these two powerful sources, then he will fill the gap between heaven and earth.

You don’t have to do good with the expectation of a reward. The soul must do its duty without. You don’t have to look like Soung’s statesman. (source)Sagesse du Confucianisme, Quatrième Livre, Meng Tseu.

In Soung state, a man was sorry that his wheat was not growing faster. He wanted to pull on the young shoots to help them rise, but only succeeded in pulling them out. He stumbled home like a drunken man. When his people asked him what he had, he replied: I am completely exhausted. I spent the day helping our wheat grow. His sons rushed to the field, full of enthusiasm. But they quickly became disillusioned. All the stalks were dry, all the wheat was dead.

“Those in the world who do not help their wheat to grow are very rare. Those who think that there is no profit to be gained from cultivating the vital spirit are like one who does not weed his wheat. Those who want to help the development of their vital spirit prematurely are like the one who helps the wheat grow by pulling it out.” (source)Sagesse du Confucianisme, Quatrième Livre, Meng Tseu.

No wonder this relationship. Most of Jesus‘ words are borrowed from Asian wisdom. One of two things: either Jesus carted a substantial library, its character was later coined from prophets and wise gods, Enoch, Osiris, Krishna, Esus, Mitras that Hindus write Mitra, Apollonius of Tyana, and many others.

Jean-Claude Flornoy had this immediate knowledge of the other. All he had to do is to assess other level on the scale of the Major Arcana of Tarot. Once he had done this, he was recovering himself at the Arcanum in question, and the dialogue was neither flawed nor unfruitful. For a man hears what he wants to hear and disregards the rest, Paul Simon and Art Garfunkel sing. (listen)

Flornoy had a strong formula to sum up this attitude. He called it get on the mat of the interlocutor. It may sound disrespectful, no doubt it is. But it does work. Thus the dialogue is fruitful. Many times, the use of evaluation by the tarot was not necessary. Flornoy knew immediately who he was dealing with.
[Perfect_quotes id = “9833”] 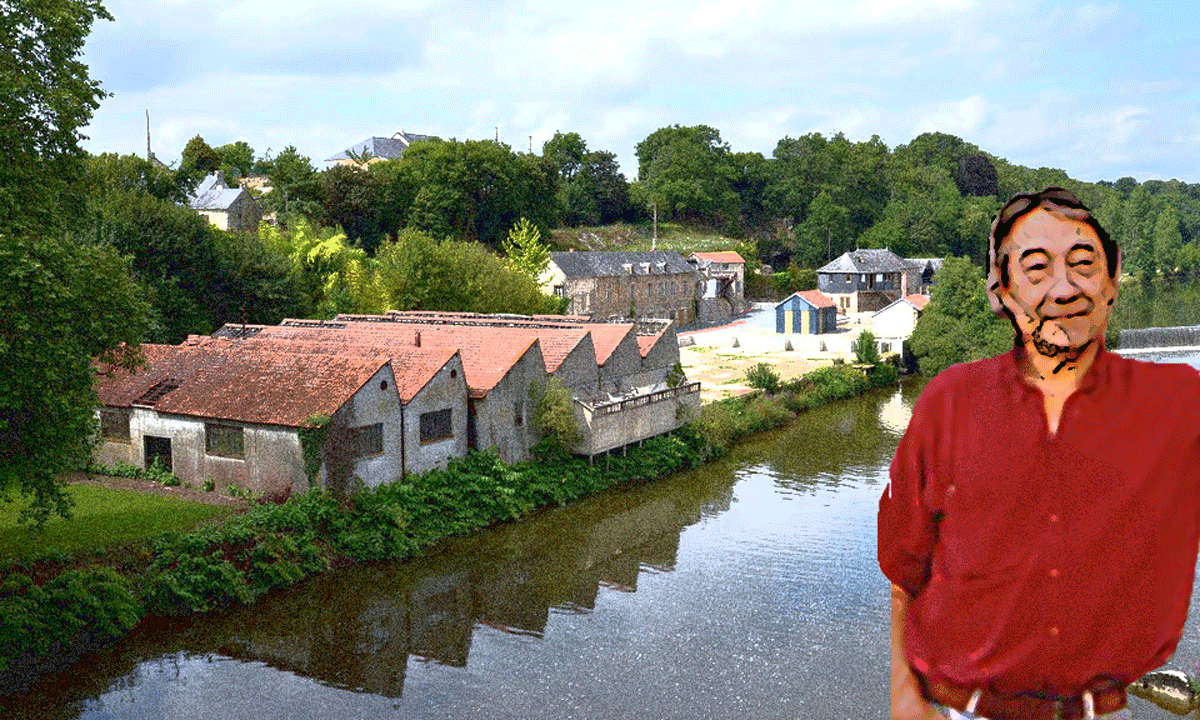 Founder and almighty guru of Scientology Lafayette Ron Hubbard had invented -or borrowed somewhere- what he called ARC triangle – ARC for Affinity, Reality, Communication. If there is affinity, the contact is created. First thing. But we must also be realistic and understand to whom we speak. This is the doormat. As soon as it has both feet, communication can take place, and be rewarding for both parties.

As for me, I’d rather Flornoy. Dogs are not cats. I seized immediately who the person in front of me. And it does not pass through the brain. It’s instantaneous. From the order of the reflex. My body knows, and I learned to listen.