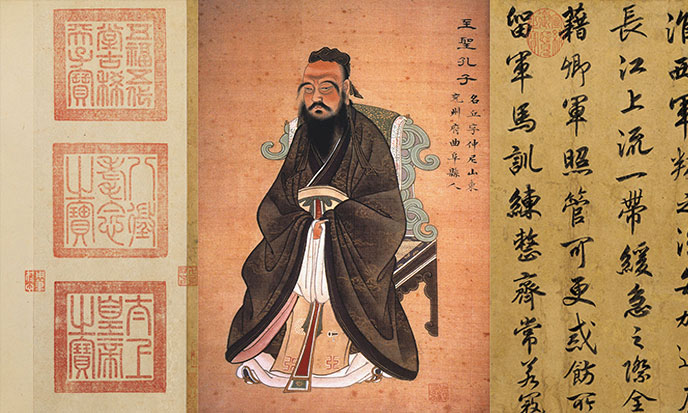 Three millenia ago, while the west wakes up gently in this new age – the age of iron or kaliyuga – in Asia the same causes produce the same effects.

At the same time, three wise men from the east, Buddha, Lao Tzu and Confucius, set the basis of a perfect personal, family and social organization which is still running on. I daresay these three wise men are the Holy Trinity of Asia. Gautama Buddha preached in India although his message mostly touched China. He preached destressing by the awakening or enlightenment, when one reaches a state – or a place – he called Nirvana.

This cult of enlightenment made Buddhism a religion without a god, which seems to come straight from Rama, the Ram of Atlantis. In fact, the science-religion of Atlantis considered awakening as the ultimate goal of human beings. Rama developed the use in noble Kshatriyas and sages Brahmins of his empire, as Solomon did with the Levites and Menelek the Lion of Judah.

Omnipresent in all ancient peoples, the cult of awakening can be found in ancient China. Not in the teachings of Confucius, but deep in the heart of Lao Tzu’s. His quest for Tao – unspeakable concept – evokes awakening – just as ineffable. In turn, Confucius developed a code of family and social behavior which remains the cement of relationship in China. These three great sages have lived at the same period, between the 6th and 5th centuries BC. This period is a turning pointin the history of humankind.

The 5th century BCEBefore Common Era brought great changes all around the world. In Babylon reigns the mighty Nebuchadnezzar. In Rome, which was still a kingdom, reigns Tarquinius Superbus. In Egyp reigns the Pharaoh Amasis. Mesoamerica shows the civilization of the Olmecs, powerful and refined, laying the foundations for many future civilizations: Aztec, Toltec, Maya… While the West is on the road to find out, the East has found already.

To make their will perfect, they developed their knowledge as possible. Developing knowledge is scrutinizing the nature of things. When knowledge reached the highest level, the will became perfect.  When the will  is perfect, the movements of the heart are set. When the movements of the heart are regulated, man is free from defects. Having corrected himself, he established order in his family. When there is order in the family, the kingdom is well governed. If the kingdom is well governed, the whole empire soon enjoy peace.”

These valuable advices reflect a perspective radically different from ours. While the western leaders seek to reform  first the laws and behaviors of the people, according to Confucius, leaders must first correct themselves before claiming to lead.

If Presidents Sarkozy and Hollande had followed these wise precepts, they would first set the movement of their hearts to make them perfect will. And then they have established the order in their families. 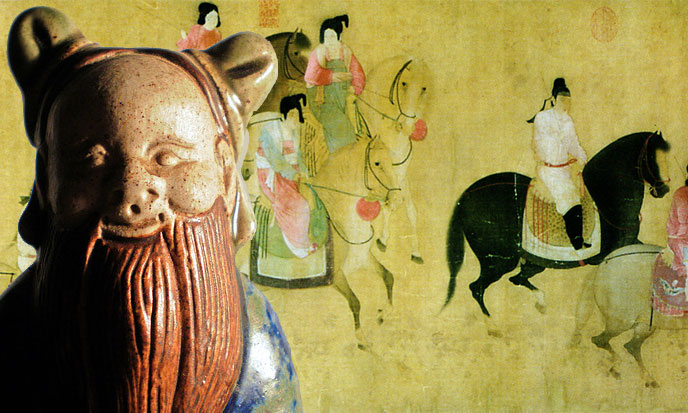 Confucius was named “Son of Heaven”, for his wisdom, no doubt, but perhaps also because he came down from heaven in any interplanetary craft, as a persistent legend says. “At the end of his life, Confucius retired with a few disciples in a mysterious place, and it is curious to note that no one thought to identify this place with Agartha” said Robert Charroux. With Agartha, or with the Tuatha De Danann Sidh? Exotic shelters abound in tales of antiquity.

If Confucius didn’t came to Agartha nor to Sidh, did he go to the Sumerian Abzu of gor Enki? Unless he is in heaven with the flying gods of patriarch Enoch? Imagine all these places are but one …