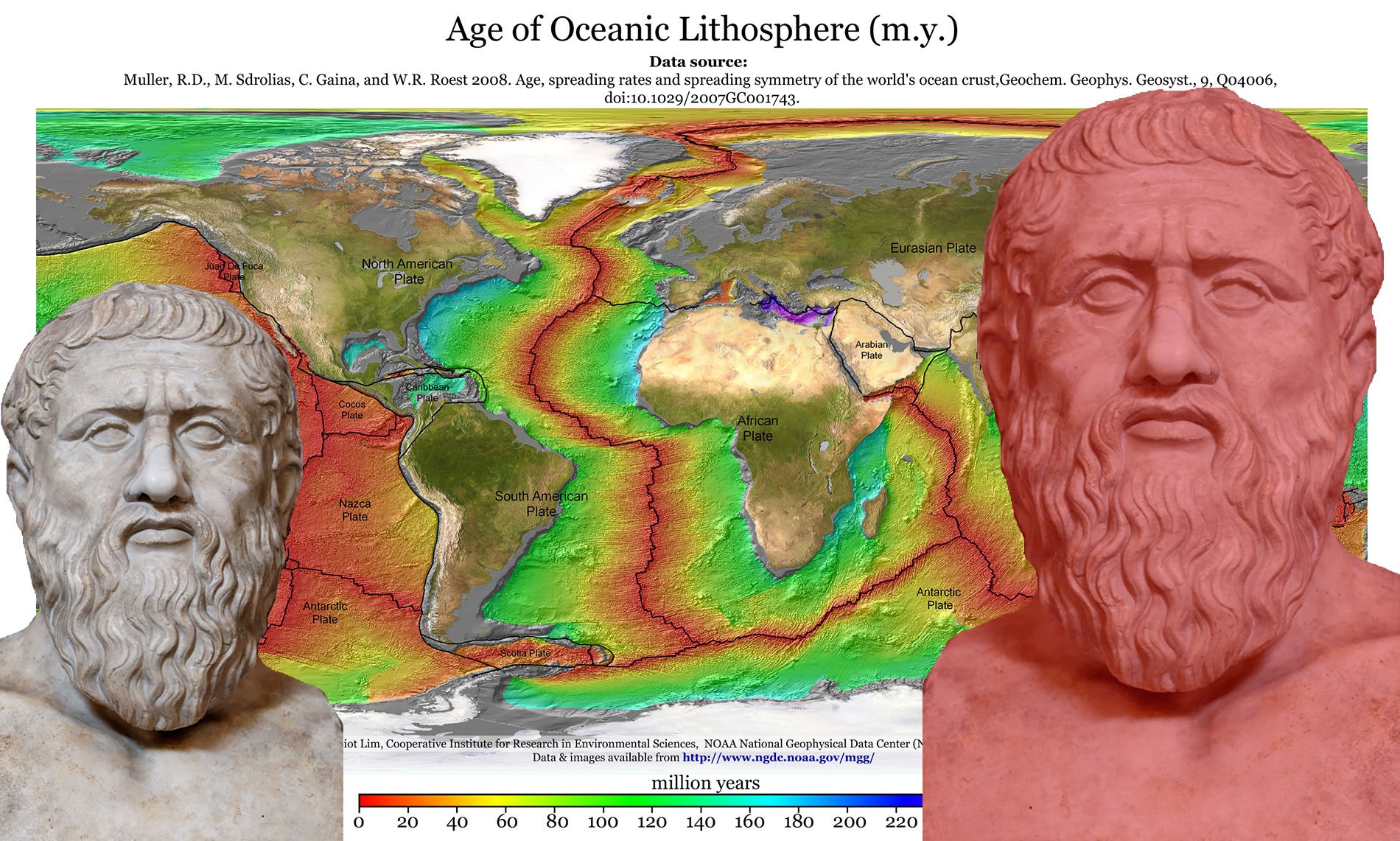 A geological reality is formally opposed to Plato’s thesis: here is why Atlantis could not be swallowed up in the Atlantic Ocean as he said. And the reason is called Tectonic Plates.

Oceans’ bottom is crossed by a huge mountain range, the oceanic ridge. Most of the time invisible, hidden by miles-deep dark waters, it is therefore our planet’s major geological specificity.

With an average height of 4,900 yards above ocean’s bottom – that means about Mont-Blanc height – this range is spreading all over the world, zigzagging between continents. It is about 44.000 miles long on an average width of 500 miles or so; that makes the earth’s longest mountain range. But since it is under water, we normally don’t pay attention. However it does deserve a careful attention, for many incredible achievements happen years after years, well hidden under the sea.

Part of ridge may appear here and there, emerging its mountaintops: they make pelagic islands, that is to say open sea islands in the geology and navy language. Concerning the Atlantic Ridge, emerging tops are Azores Islands or Iceland. A land of ice and fire with its glaciers and volcanoes, Iceland is the most significant example of oceanic ridge emerging. Its numerous volcanoes, like the one with a tricky name that is still poisoning european, american and african sky, are ridge’s activity spots all right. So researchers may observe the ridge without leaving dry land.

Key of Tectonic Plates, the ridge is the matrix where magma from the deep is added to existing crust. The further away from ridge, the older are the rocks. Like a travelator,  the ocean’s bottom is constantly recycling. This curious phenomenon evokes a biological process, as snake‘s sloughing. Why wondering about earth’s moulting ? Is it not a living being? French geologist Claude Allègre and other scientists have develop this theory called Tectonic Plates. And it was accepted very quickly by the word scientific community.

Another consequence is: oceanic ridge’s activity leads a phenomenon called continental drift.  It started 250 million years ago, or even earlier. Before that process was on, all emerged lands formed an only continent called Pangea, that means the whole earth. This monocontinental theory was imaginated by Alfred Wegener, who dated his Pangea 300 million years old. As for Allègre’s Tectonic Plates, today the Wegener’s hypothesis has became a scientific truth. And it clearly shows that geology is more dynamic and open-minded than archeology, which has became kind of a sect. 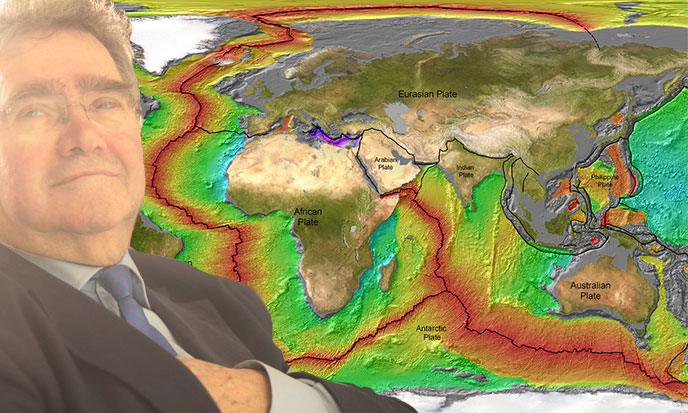 At the end of this paper, we are even more embarassed to locate Atlantis Island as Plato did, right in the middle of Atlantic Ocean. ;The ridge growing for million years forbids a large island’s presence. Probably we must pay more attention to the Plato’s Timaeus, not only generally, but to the letter of the text. Should we accept the verbatim text of Plato, or reject in its entirety if one statement seems wrong?

Do not throw the baby with bath water. Plato is not a joker. His dialogues are not reputed humorous or fanciful, let alone bullshit. The news should have come from Homer the Aeder, or from Pythagoras the Singular, even from Heraclitus the Obscure, one would lend much less credit. But it has been transmitted by the most serious and the best documented of all the wise men of Greek antiquity. So ? I will tell you what I saw. Plato did not lie, or even embroidered or improvised. He gave us all the information he had in his possession, scrupulously, methodically, as he ever did. It turns out that Atlantis disappeared the space of a terrible night where a violent tsunami ravaged both coasts of the Atlantic Ocean. If the huge island has disappeared, it can only be swallowed up. Everyone would have concluded as the philosopher did. I have another hypothesis, so singular that it will disconcert more than one: what if Atlantis had flown away?

Plato was not mistaken, he made a logical assumption, the only one he could conceive in his time. And then his sources were not first-hand. Wonder about hidden meanings and opportunities of errors: misunderstandings are unavoidable in the transmisson of information over very long periods of time. We have to keep in mind that in Plato’s time, the disappearance of Atlantis went back several millennia. To find the clue of this puzzling enigma, I tried elsewhere to follow step by step the ancient sage.