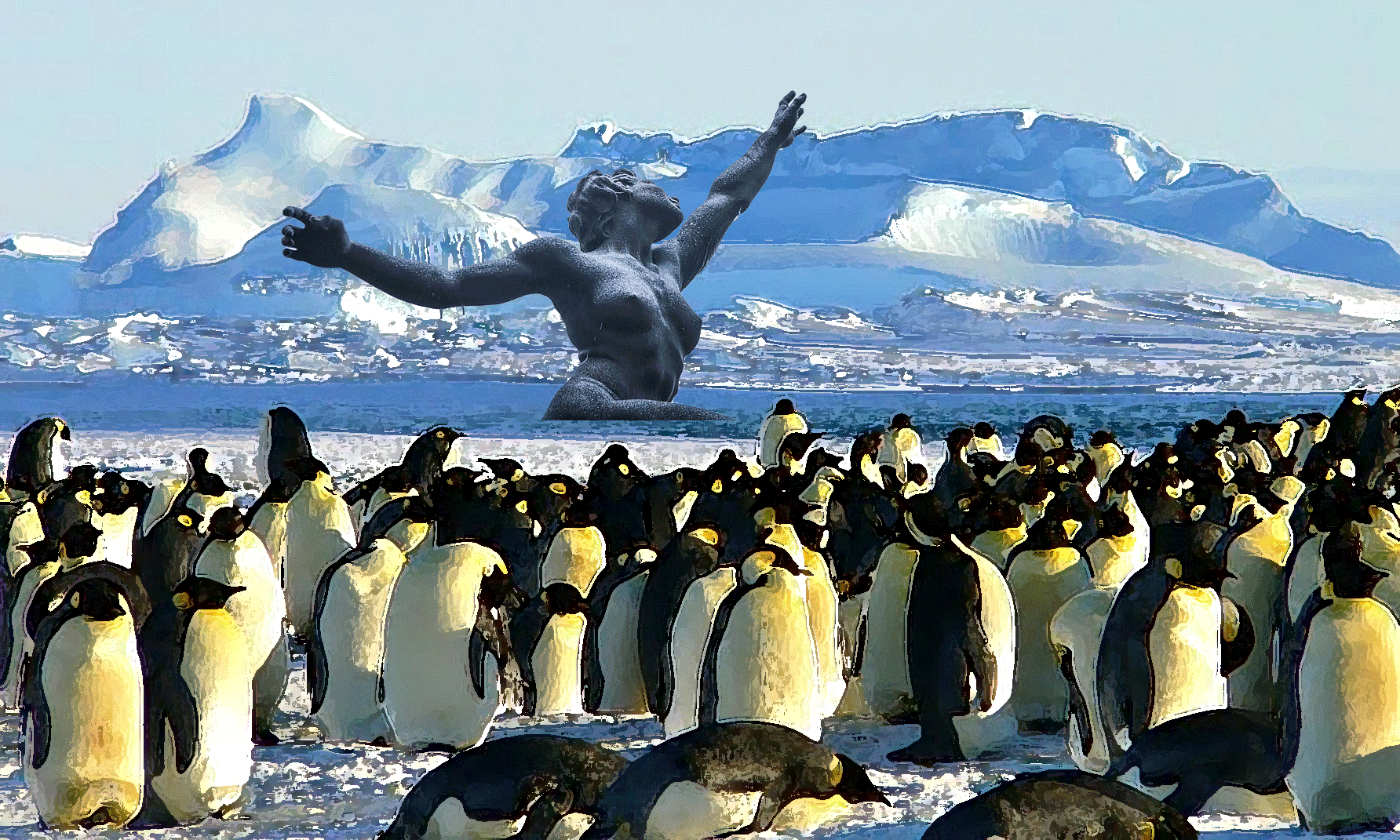 Eden Saga always gives you more! Exclusive revelations of a traveler of the future: a very ancient technological civilization was discovered… Human or alien?

For several months, the melting of the Antarctic iceshield has accelerated,This phenomenon could happen in the near future. The melting could be faster than expected revealing to the world the remains of an impressive vanished civilization. Identified recently, some cyclopean walls, the ruins of a very large and very ancient building, and the remains of an imposing viaduct made the front page of every newspaper.

But a new turn of events highlights even more amazing issues. Several million tons of ice, by sliding into the sea, caused in the southern hemisphere a deadly tsunami. This humanitarian disaster had, however, a happy consequence: suddenly, beneath the multimillenary iceshield, appeared huge megalithic cities, adorned with ancient temples, pyramids and  cyclopean statues representing different animals, giant goddesses and reptilian men.

The urban area cleared by the Antarctic ice cap covers around sixty square miles. Geologists estimate that the city under the ice could cover the surface of Paris, or even that of Greater London. The first reviews of the site have revealed indisputable traces of an advanced technology among which we can count the remains of gears without wheels (flying machines?) manufactured in a unknown vitrified material, and many vitrified platforms that could have been landing runways.

According to Emilou Pantone, geologist in Euromer, previously named Ifremer, this is undoubtedly a major archaeological discovery, “even if we have no idea, at present, of the exact age of these people, not to mention their name or their tongue.” Remember that according to our geologists’ official thesis, Antarctica has been covered with ice for several million years This would give these ruins an antiquity that the archaeological community refuses to even consider.

The AMIL, the powerful U.S. archaeological and military lobby tried as usual to lead the world’s opinion. Remember the role this association played some years ago, in Egypt, where it has been convinced to hide important archeological discoveries made under the Great Sphinx. The AMIL’s President, Veenah Schmurz-Goblours said sharply: “This date is totally impossible, for the simple reason that there were no humans on Earth at that time“ Surprisingly, no date had been mentioned before.

More than seven hundred square miles of pyramids, temples and megalithic palaces are now visible in the mud of the Antarctic remains. This gigantic field of ruins represents the largest ancient city discovered so far.

Scientific teams are every day more numerous to rush to examine each square foot under the melting ice. The findings are more and more startling, even quite incredible. Some would say: unacceptable.

That’s why the debate between geologists and archaeologists became fierce when the first ones published the latest geological findings. 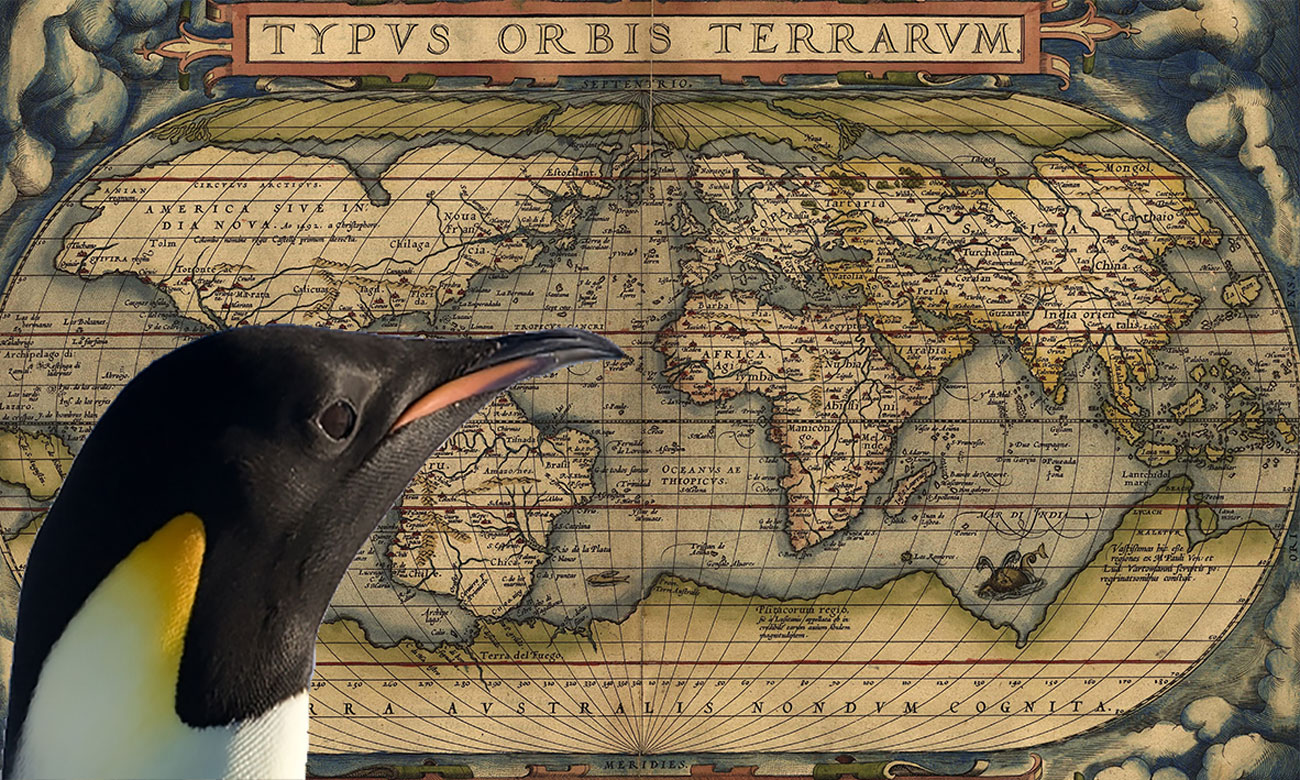 A combined dating with C14 and palynology has revealed an antiquity of 150,000 to 165,000 years, which is totally unacceptable for archaeologists. “At that time, the first homo-sapiens were forming wild bunches of auroch’s hunters. They shouted guttural sounds because they had developed no organized language yet. And their houses were small huts, or natural caves” commented prof. Schmurz-Goblours. But the vestiges show a degree of civilization comparable to ours, if not superior.

Apart from the remains of flying machines and ships, the quasi-modern sanitation with mains drainage in each home, many archaeological items have been listed : metallic micro-objects, finely crafted jewelry and also complex tools, unknown metal and glass, not to mention a kind of translucent plastic that geologists thought to be printed circuits. Enough to make Schmurz-Goblours leap up, who made yesterday a notable speech at the WDCthe World Council of Defense will be created in late 2014:

“When will they leave the study of our past to professional people? Geologists, as usual, speak without knowledge and are deeply mistaken. No civilization cannot be prior to 3500 BP.”

The response of geologists came rapidly. “All these archaeologists are short-sighted”, said Emilou Pantone. “Geologists have just proved that this civilization is at least 150,000 years old. If archaeologists deny the scientific evidence, that means they prefer their fiction to reality. They should write novels, it would be more honest.” Imagine what reaction had the almighty archaeological militar lobby when hearing that! Frightening issue, as this lobby hates impertinence and interference. The brave young lady Pantone may well discover that to her cost. 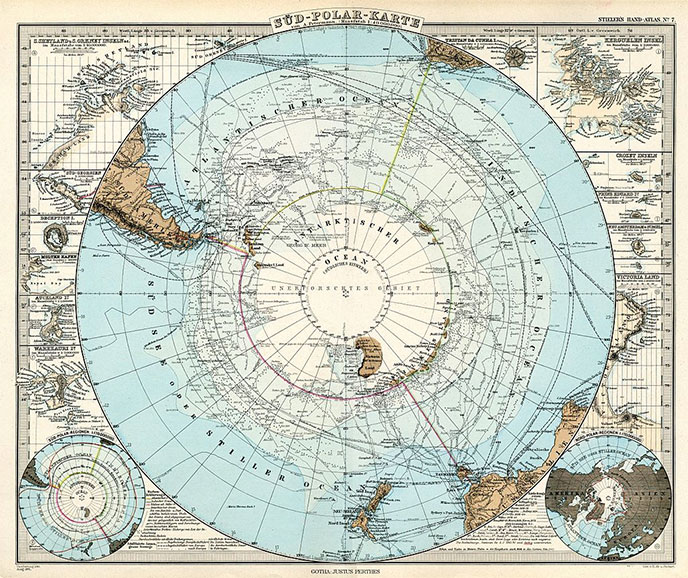 In a climate of shock and disbelief, the news from Antarctica, has fallen on our teleprompters: a nuke bomb would have exploded right in the middle of the megalithic city, killing dozens of researchers and science journalists and destroying remains already classified as World Heritage by UNESCO. All communications are currently suspended with the south pole. The International consternation and official mourning will not bring back to life our courageous researchers, neither these precious testimonies of a past forever lost.

Having been questioned about it, the archaeologist Schmurz-Goblours made this unbelievable answer: “I’m not saying we are not responsible for this destruction and the death of seventy-three geologists on the site, I’m just saying that science sometimes requires such sacrifices. We are not the cause. The geologists are the first aggressors, with their irresponsible statements. If it generates such stupid events, I would prefer that this scandal disappear without leaving a permanent trace. So the world will know that only archaeologists are qualified for such research.”

It’s insane, the world army signs its crime, Schmurz Goblours admits it in public, and yet no prosecution will be instituted against the powerful lobby. Total impunity: the case will not even be referred to the international tribunal in The Hague…

The winds that blow over the Antarctic area put the radioactive cloud away from our shores, but for how long? For the latest news, the sixth continent, shaken by the nuclear explosion, was sinking inexorably in the icy waters, while huge volcanic explosions were spewing fumes of sulfur, streams of lava and lapillii. Repeating earthquakes were precipitating the collapse of the last emerged lands. Any hope of recovering survivors having disappeared, rescuers left the area, which was declared forbidden for a renewable period of a hundred thousand years.

This time, the mysterious Antarctic civilization is lost for ever.

I’ve never done one of my discoveries through the process of rational thinking.