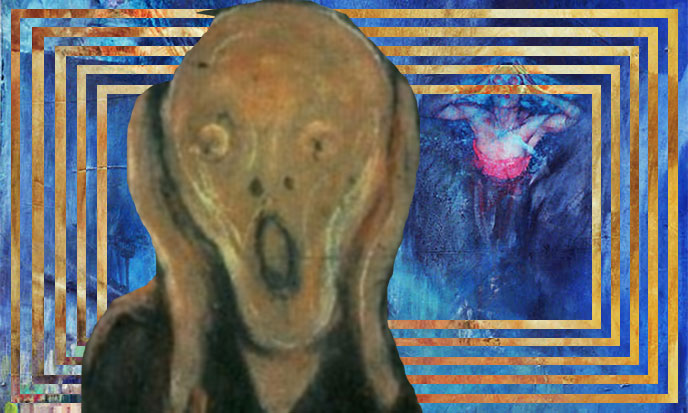 “In the time of one day and one night of misfortune
all the warriors you had
was engulfed in one go in the ground” (source)Plato, Timeus

When Solon, the famous Greek legislator from the 7th century BC, visited the temple of Sais, who was then the capital of Egypt, he had a fascinating conversation with an old priest in the Temple of Isis.

First, the priest of Sais mock a bit Solon, arguing that there were only children in Greece, because these people had no memory of past events that affected Greece, Egypt and many other countries.

Like Solon 27 centuries ago, let us listen to the story of the priest.

“We keep writing here a lot of great deeds of your city Athens which cause admiration, but it is one that surpasses them all in grandeur and heroism. Indeed, monuments records show that your city once destroyed an immense power that walked insolently on Europe and Asia as a whole, from another world situated in the Atlantic Ocean.

You could then cross the ocean, for it was there on an island in front of the straits which you call the columns of HeraklesOr columns of Hercules, the ancient name of the Strait of Gibraltar. When Solon refers to “written monuments”, he speaks probably of the texts of pyramids and other temples of Egypt. Some have survived until today, but the most consistent, according to the Greek historian Herodotus, decorated the exterior of the Great Pyramid: the history of the ancient world was -recorded there. This coating has been looted for a long time to rebuild the neighboring houses.

Prof. Mortimer discovered one of these engraved stones in the wall of the house of Sheik Abdel Razek. (source)The mystery of the Great Pyramid, by Edgar Jacobs

“This island was larger than Libya and Asia combinedie North Africa and the Middle East… which is already very big for an island. From this island, we could then move to other islands, and then reach the whole continent that extends in front of them and borders this real sea. For everything that is inside of the columns of HeraklesOr columns of Hercules, the ancient name of the Strait of Gibraltar is but one port whose entrance is narrow, while that which lies beyond forms a real sea, and land that surrounds it really has all the attributes to be called a continent.

However, there was on this island a powerful confederacy of kings who extended his dominion over the whole island and on many other islands as well as some parts of the continent.

In addition, within the straitstrait of Gibraltar, on our side, they were masters of LibyaNorth Africa to Egypt, and Europe until Tyrrhenia. One day this power, gathering all its troops, began to enslave all of a sudden your country, ours and all peoples within the straits.

It was then, Solon, that the power of your city showed the world its value and strength. As it surpassed all others in courage and all the arts of war, Athens took command of the Hellenes.

However, limited to its only troops by the defection of others and put together in the most critical situation, your city defeated the invaders, raising a trophy, keeping from slavery people who had not yet been enslaved. Then Athens gave generously liberated all those who, like us, living within the Pillars of Hercules.

But at the time that followed, there were terrible earthquakes and floods, and in the space of one day and one night of misfortune all your warriors were engulfed in one go in the ground, and the island of Atlantis, having sunk in the sea, disappeared as well.

That is why the sea there, even today, is impracticable and impenetrable, navigation is hindered by low mud flats that the island formed by collapsing.” (source)Plato, Timeus, 24d- 25d This text leads to several observations. The great Atlantic island described by Plato was actually in front of Gibraltar, which excludes a lot of sites mentioned here and there.

An island in the ocean, great moreover, that which can not disappear without a trace. But the bottom of the Atlantic hide nothing other than a ridge of volcanic mountains, the Atlantic ridge.

That is why geologists exclude the possibility of submergence of a recent large island in the middle of the Atlantic.

It can be concluded that this island was further from our shores, to be as Plato quotes, connected with other islands to the mainland which is located opposite continent that seems to correspond to America.

Or we can conclude anything else. For example, that Atlantis was not engulfed. It is gone. Because Atlantis was an artificial island, floating in the middle of the Atlantic Ocean. Atlantis was a gigantic spaceship controlled by Atlas, son of Poseidon.

It turns out that Captain Atlas missed the takeoff and a mother ship of 3,000 km in diameter fell into the ocean. We understand, in this case, the extravagant wave height of the flood that is found in every legend on both sides of the Atlantic Ocean: