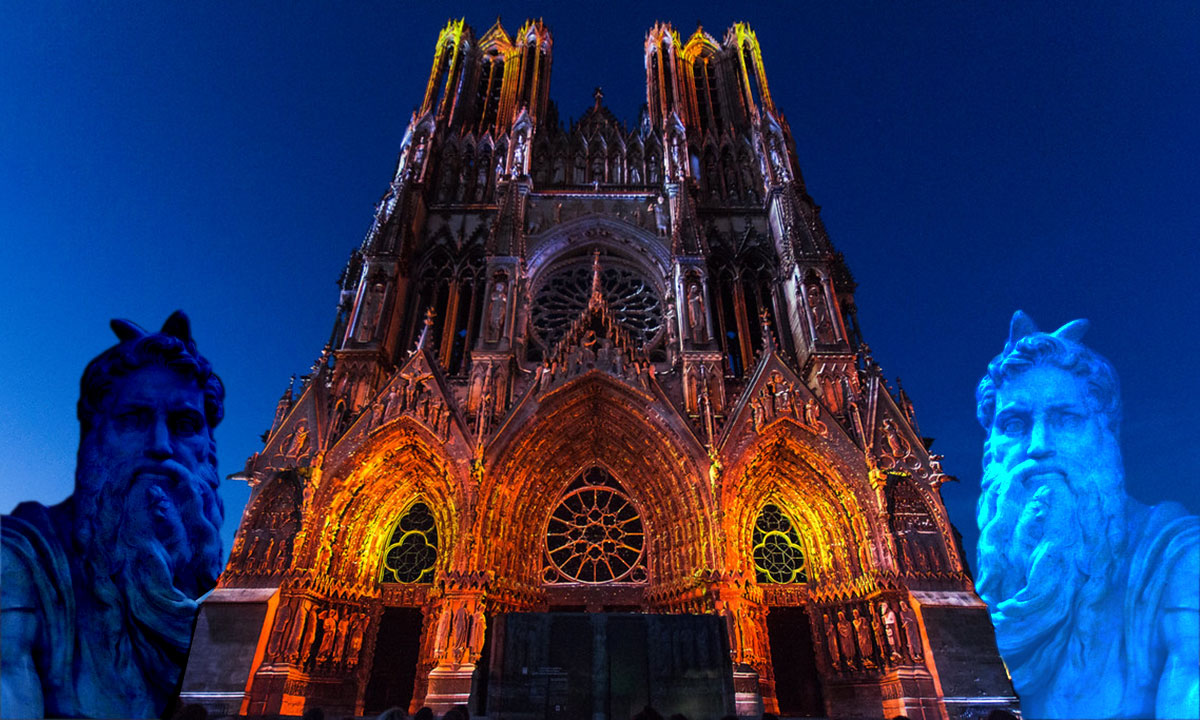 Since the year one thousand, and during two centuries, Europe got draped with a white mantle of chapels, churches and cathedrals. After a dark and brutal period about which little is known, all of a sudden light and abundance made the West bloom again.

Following a very dark period – a great plague and its terrible ravages – the entire European economy managed until then by the powerful Roman empire is reduced to nothing. What will save Europe from the stagnation is still an initiative of Rome, wanted by the Pope who is in my opinion the direct heir of the Caesars and the emperor of the world. The sacred order of the Templars, which depends directly on Rome and the Holy Father, is both the organizer of the Crusades in the Holy Land and the erection of new temples throughout Europe: cathedrals, basilicas, chapels, convents Templeries, but also roads, bridges and roads, works of arts of all kinds, all oriented to and dedicated to the “new” religion. Which is not that new according to the official version, but this version is disputed.

Work for everyone, countless craftsmen, prowess everywhere. Towns, cities and villages resonate with strokes of mallets, iron ringing against the stone. On every road, companions were going from one building site to another, making their tour of France, or even of Europe. The gendarmes were soldier-monks, dressed in coats of mails and white coats, riding quick horses. They headed up trafic police, emergencies, accomodation for pilgrims and various bank services, facing all these sites’ enormous expenses.

They were called the Knights Templars.

The secret of their success, unique in recorded history, is probably explained by the modernity and the relevance of their approach. But we believe the real key to this success was a magical one : their multimillenary control of sacred construction. What is it?

The Earth’s rotation produces on its surface two networks of energy grid, the Hartmann and the Curry grids, and large energy rivers, the sacred streams. A perfect knowledge of these subtle energies allowed companions builders to erect monuments free from any harm. They had noted that cosmo-telluric activity generated harmful residues, a mesh that ensnared us in the matter, a real trapping net.

The Romanesque vault is semi-circular, the Gothic vault is pointed

To protect the faithful, Middle Ages’ builders managed to enlarge the meshes. If we believe BonvinJacques Bonvin, Romanesque Churches, Places of Power, they treated these energies in two different ways, called the Romanesque style and the Gothic style. The word ‘style’ must not mislead readers: the difference between Romanesque and Gothic is not limited to architectural or aesthetic differences; that’s the treatment of geo-energy which is different.

In Romanesque churches, H networksor Hartmann networks are driven back into the thick walls and the nave is purged of them. In Gothic cathedrals, the networks are sucked by the vault and crumbled by bursters: rosettes, sculptures, capitals or gargoyles. In both cases, the faithful is free from any harm.

More than others, these places are propitious to spiritual growth. Out of any religious consideration, a pure architecture’s effect. Gothic and Romanesque people participated often together to the realization of some major buildings. The Gothics invented the rib and the rib vault, what allowed them to lift the nave’s roof higer and higher. But they did not study the particular energies of caves and crypts, vaults suffering the terrible tension of thousands of tons of cut stones they support. They left that specialty to Romanesques. Thus, even in Gothic cathedrals, the crypts are Romanesque. 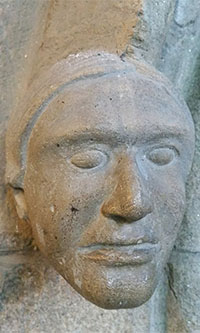 To get rid of it and create conditions propitious to spiritual elevation, the cathedrals’ builders imagined Faraday cages, where living stones transmit and destroy any harmful radiation. Why living stones? The stones are living because they are energetic, because they vibrate, and because they transmit, with energy, the information they have gathered. The polarized stones are memories of images, but their function is especially to protect the church from dangerous rays. In the sacred building, the stones are with alternative polarity to transmit the vril, or with continuous polarity to dilute it. Each architectural element has its geobiological function: nothing is only decorative.

This art expressed itself abruptly from the 11th century on our western land. But where did it come from? As I said, it originated quite a long time ago. It came from the megalithic builders. Those who have raised the dolmens, pyramids and Cyclopean walls. The former gods. The Atlanteans… Medieval masons knew it so well that they carefully built churches and cathedrals on the high places of megalithism. Thus, Notre-Dame du Puy or Notre-Dame de Chartres are built on dolmens. Besides, this is usual. At the world’s four corners, religious buildings are systematically rebuilt on the ruins of previous temples, regardless of religion.

It is not about blind imitation. The sacred places are obvious for sensitive people of all time. More than others, these places are favorable for spiritual growth. And this without any religious consideration, by the combined action of architecture and cosmo-telluric waves. It is interesting to note that if the Romanesque builders, with their semicircular arch, are the direct heirs of the Roman builders, the latter have never managed to build temples functional in terms of geobiology, or in terms of sacred, since both areas largely match up.

On the other hand, how is it that the sacred building appears suddenly in the 11th century, without visible origin? Why, all of a sudden, after centuries of apparent barbarism, why this architecture’s revival from both southern and northern Europe : the Romanesque art in the south, and the Germanic art in the north? Everything happens as if there was a hole in time… 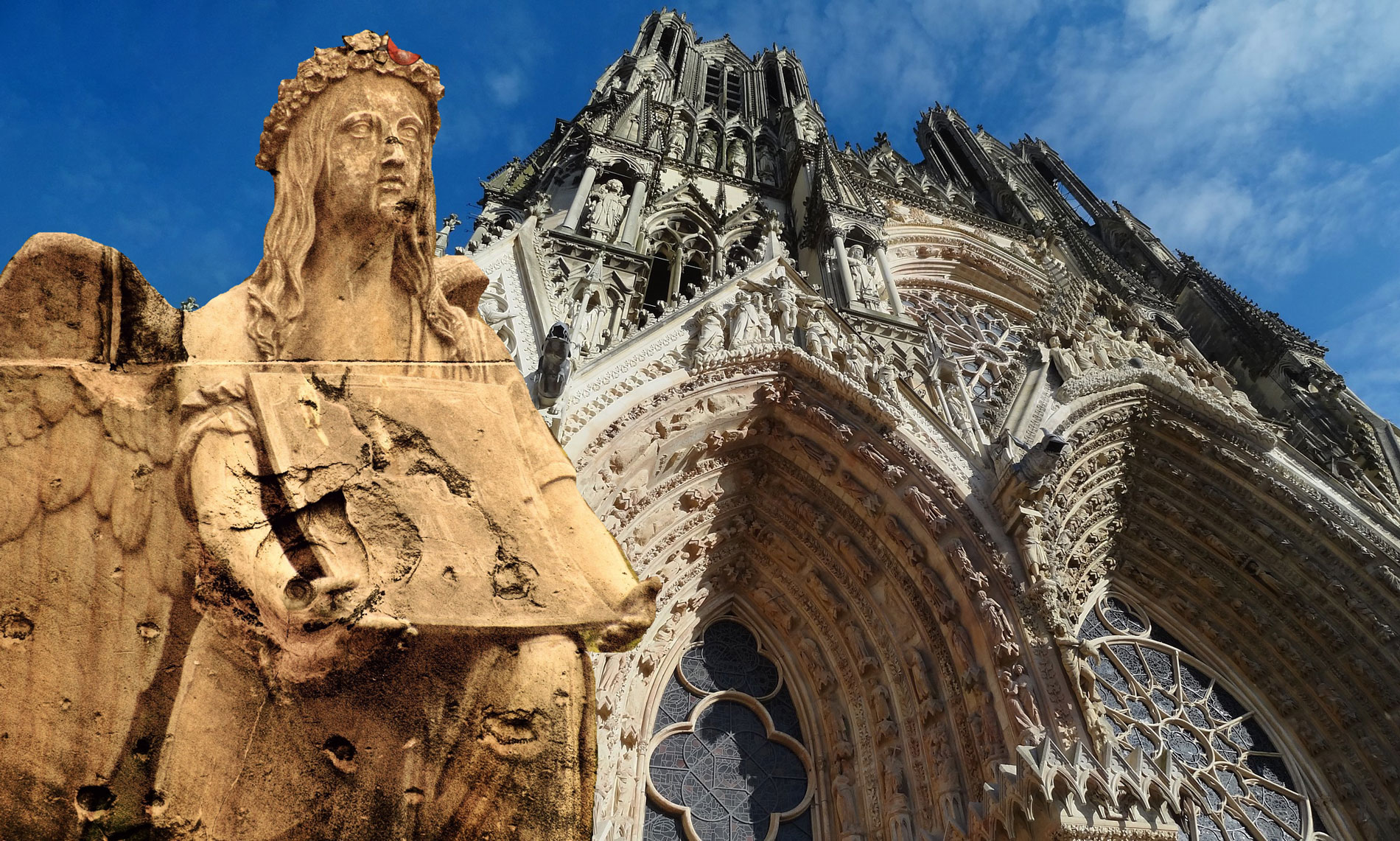