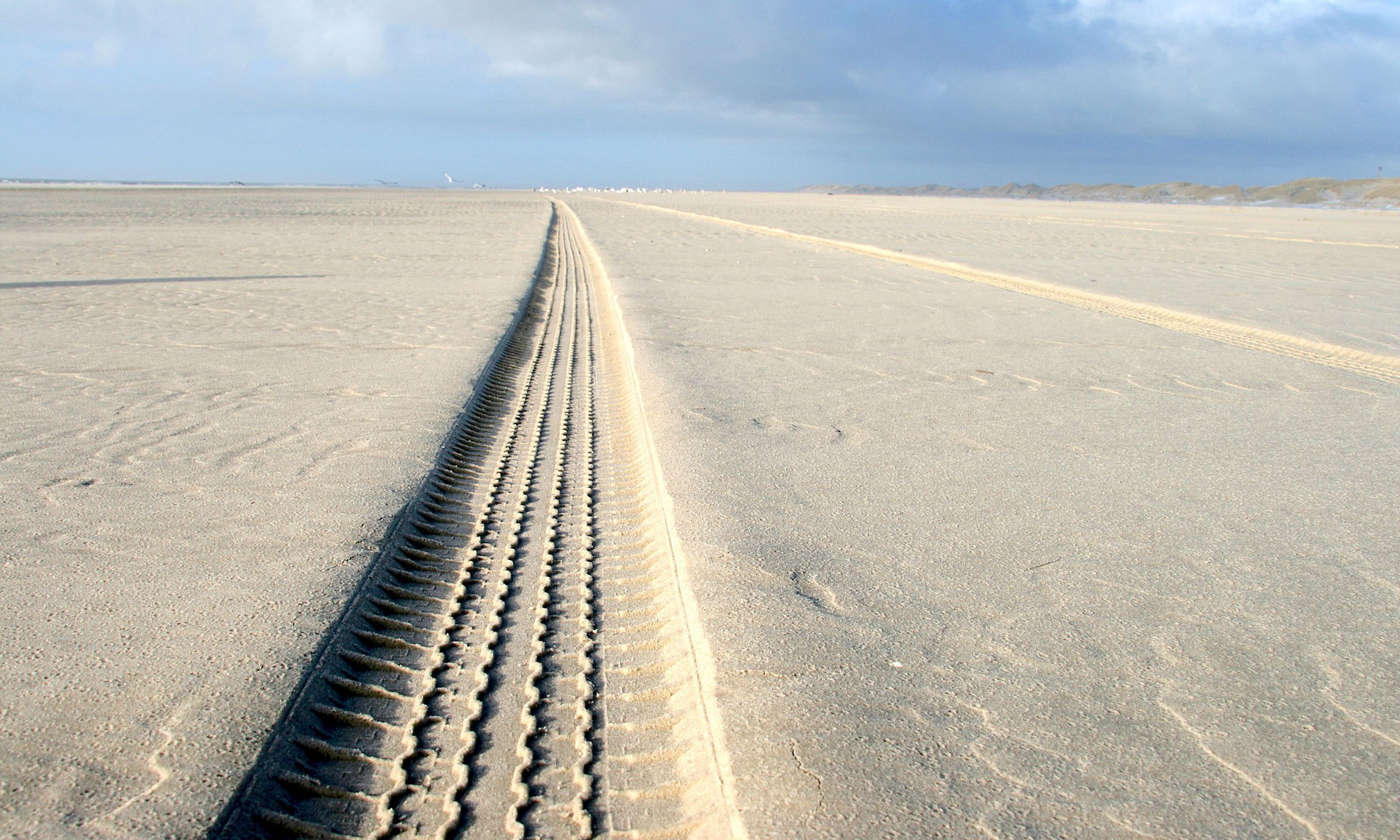 With age comes the desire to pass on what one has learned throughout a lifetime. This desire is legitimate, as it can help others. On the other hand, the desire to leave a trace is much less innocent because it can embarrass others. It may seem legitimate to some. For me, he’s mostly egotistical.

Leave a trace. But which ? Burn a heart and two initials on the trunk of a beech tree that did not do anything to you? To be tattooed the name of his darling when one is 20 years old to regret the rest of his life? Empty the ashtray through the window of a car and set on fire with a butt? Abandon your disabled vehicle at the edge of a forest path? Tag a public building or a megalith? Delete a loaned CD or DVD?

This kind of trace denotes only the uninhibitedness and irresponsibility of their author. Are all the traces so stupid? In this area, as elsewhere, nothing can be decided conclusively and definitively. Instead of using the chopper, let’s learn how to walk on eggs. Caution is the mother of safety. When I was a scout, the troop leader taught us at every moment the art of respect. Respect others, respect life, respect nature.

In this distant time of my childhood, the practice of camping was much less framed than today. The Scout camps were held in the wilderness, in welcoming homes, or even on public lands. Wild camping was allowed almost everywhere. It was therefore important to leave the camp sites perfectly clean, and to erase any trace of our passage. We put our point of honor and this beautiful philosophy has become forever mine.

Like the Boy Scouts, the Amerindians of the American plains removed the traces of their encampment, so as to leave nature intact, as they had found it. We would like Travelers to have the same wisdom and respect. The non-formal religion of the Amerindians included respect for the sacred land, part of the intimate and personal worship of the Great Spirit Wakan Tanka.

What a Lakota Sioux did for mother earth, he did “in the name of all his people,” Mitakuye Oyasin. So when the warriors mounted the sweat-lodge – Onikaghe in Lakota – for their purifying steam ceremony, they took care to dismount it completely, burning the young willow branches that had been used to build the frame. The buffalo skins, they won with them, carefully folded on their travois. 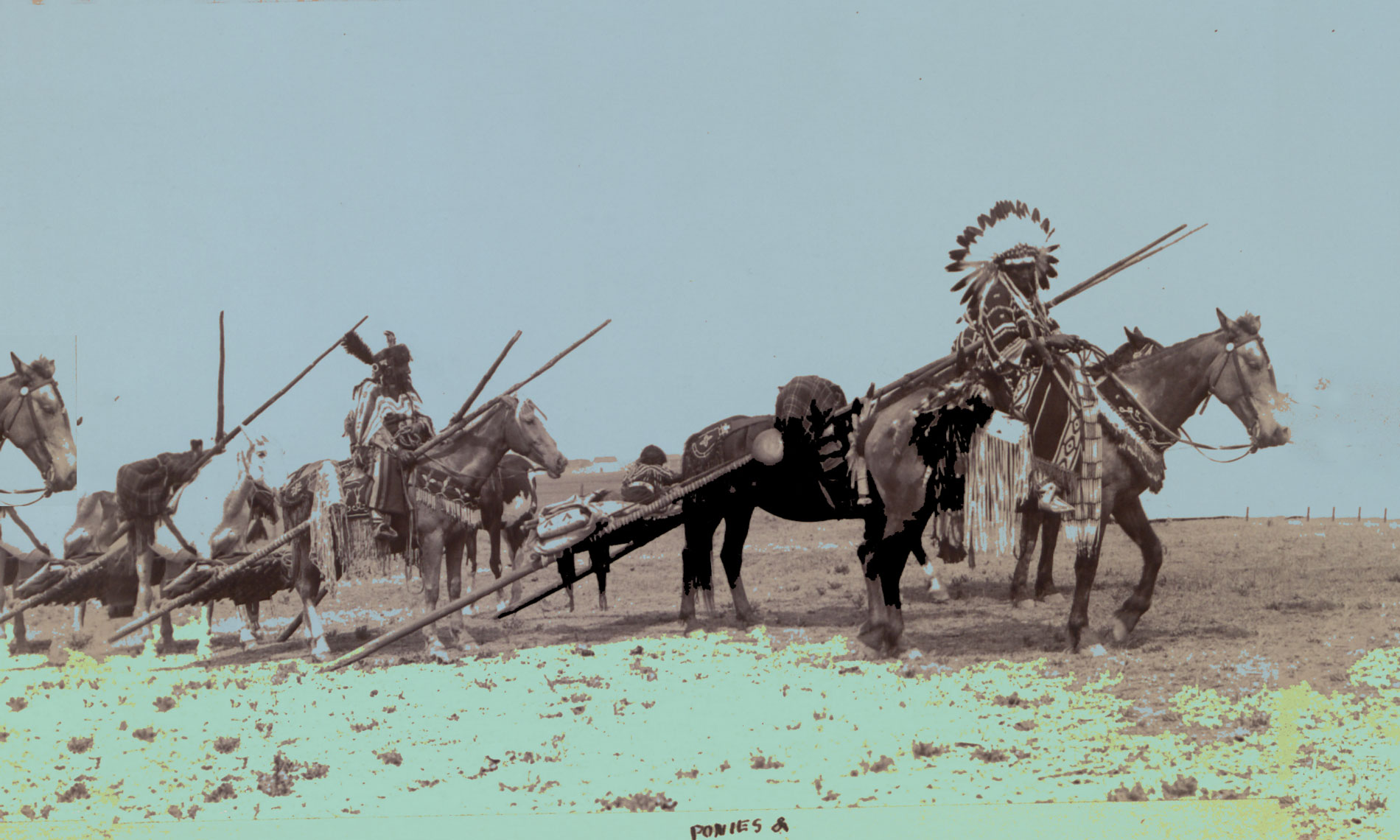 It will be objected that since the travois were not equipped with wheels, they left two parallel traces wherever the Indians dragged them. That’s right, but I’ll answer my objectors that purism tires me. “All that is pure is undrinkable” said the other one whose name I forgot. I too leave a trace. It is before your eyes, maybe in your heart. And I’m happy about it. Virtual, dematerialized, it is less polluting than a book, which costs trees for its paper, and which one day will dirty the gutter.

I juggled all my life to avoid breaking the screen. I managed to stay in the salutary shadow. To live happy, live hidden. I did it myself. At Fort Lalatte in July 1958, I was featured in a movie, The Vikings with Kirk Douglas. My performance was cut in the editing. In Nanterre in May 1968, I was hidden behind Cohn-Bendit. I was not seen in the photos. How lucky I was!

I published my first poems in a newspaper made by students of Stanislas College. The cover was drawn by another student, Martin Veyron. The cannonball almost hit me.

I made music. I composed a lot of songs that I played in the corridors of the subway. Then in the hootenannies of the American Church in Paris. I sang with Hugues Aufray, Graeme Allwright, Steve Waring and many other folk. In Brittany with Glenmor and Alan Stivell, whose name was still Alain Cochevelou. On the Isle of Wight with Trianglophone. In a cellar of Paris with Louis Bertignac and Jean-Louis Aubert – before the band Telephone. Saved by the gong! But this doesn’t make me a good musician.

Later I worked on the TV during ORTF era. I was on the right side of the camera, the one that does not appear on the screen. A director noticed me, my career was going to start, bang! dissolution of ORTF. I was fired with 600 other casual workers. Lucky man, a bit more I was fucked off.

At the school of journalism, I was a friend with Patrick Sabatier. Just out of school, he became the favorite host of the French. We saw his face in 4×3 on the posters with the slogan: “The most beautiful smile of the TV”. He pranced on the small screen, everything was successful, until the fall. Twenty years of crossing the desert. Finally rescued in extremis by Cyril Hanouna. Unfortunate ! Not them, oh no. The unfortunate is the public.

Leave a trace ? Maintain via celebrity your subtle presence on this planet, at the risk of remaining nailed in this suburb – while other adventures may be waiting for you at the other end of the cosmos? Or downright elsewhere?

Leave a trail like the skier who goes off-piste on a virgin slope so that the whole resort can admire his graffiti?

Jesus said: Be passersby. All traces that he did not leave draw his portrait hollow. It’s better.

Leave no other traces than in the happy memory of those we have loved. No more damage to this beautiful blue planet becoming the gray planet. We’ve already screwed up enough like that. Moratorium.